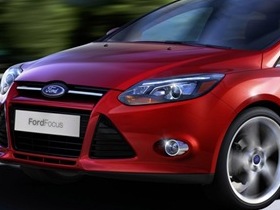 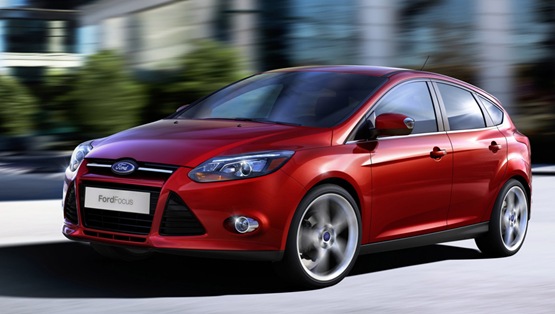 Today we were lucky enough to be invited to the very first UK test drive for the brand new, all techno-talented (yes really!) Ford Focus. In this review we will give you our honest opinion on Ford’s flagship model and tell it like it really is.

Let me start by saying I’m not a huge Focus fan, yes i’ll have a free RS if you have a spare, but generally they are not something I would consider buying. But will the new 2011 Focus change that…?

This is a brand new car from the ground up, completely new design, engineering and absolutely crammed with new technology and with more buttons than an X-wing fighter from Star Wars. With a range of engines, trims and body shapes available, including 4 diesel and 3 petrol engines, options for hatchback, sporty tourer / estate and a quite nice saloon model aimed at the US and China you are sure to find something you fancy.

Here is what we think:

It’s a grower! By the end of 6 hours around the new Focus I have to say I love it! For me the mark 2 was always a bulky affair and about as sporty as Susan Boyle and Tesco Mary in a three legged race! The new Focus MK 3 is lower, meaner, shaped and all round much easier on the eye. Even as standard with no extra kit, the front looks aggressive and sporty, some people mention the gap that looks like the bonnet is open, I assure you it isn’t and I quite like it (though the gap will be removed for the ST).

From the side it isn’t quite as aggressive, but the sweeping lines do make it a good looking car. It’s a little hard to explain but all I could think of was a love child of the BMW 1 series and the recent Ferrari FF? And not the ugly child of David Dickenson and Pat Butcher either. This car would be the god / goddess lovechild of Jamie Redknapp and Richard Keys, sorry, I mean Kelly Brook! (I’m sure Redknapp would be ‘hanging out the back of that’…?)

My one fault with the cars styling may be the rear lights, they seem to wrap their way around the back and find themselves stretching down the side of the car. I am not a big fan of this, but with the right colour selection it just doesn’t stick out to much. 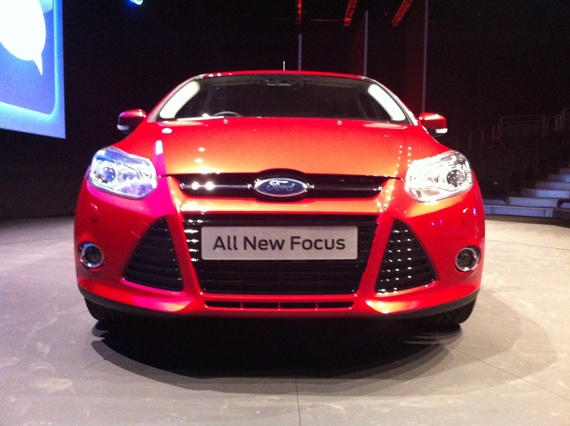 The tech and standard offering is pretty cutting edge, even the base model which comes in under the £16K mark features the likes of Bluetooth, USB connectivity, DAB Radio, rear park assist, voice recognition and a whole heap more. That’s more standard kit that you find on a standard BMW 7 Series from new!

All new Focus’ from March will also feature adjustable grill technology which automatically closes or opens (and anything in-between) the air grill leading to the engine. This will allow for more controlled cooling (or warming up when the car is cold) and also improve air drag as the air flow can be directed over and under the car rather than through it and under.

For less than £750 (after you beat up your dealer) you can also add the driver assistance pack including a front mounted camera. Giving you so many gadgets and driving aids it nearly defeats the point of taking a driving test! It will give you:

Yes some of these may become a touch annoying, we don’t all indicate when changing lanes do we? But if they do you can easily turn them off. For the most part though they are welcome additions and well beyond the expected for cars in this class and above.

The interior is a step above on the old Focus. The build quality is good, much like that of more expensive marquees. The feel and visuals from the driver seat are good, the seats are gripping without being too sporty, the buttons and components all feel of good quality and will last a life time. Don’t get me wrong, it isn’t a 5 star hotel, but I think it is a huge improvement and will take most things you can throw at it! You of course, have your standard mood lighting, for me, very much a gimmick, but if you are 19 and still entertain the ladies in the back of your car, this could well become your new portable love palace… 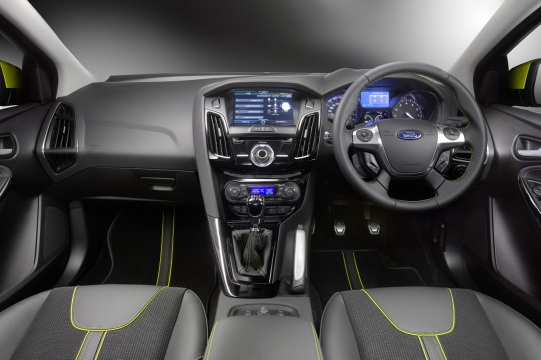 For the test drive we had the 2011 Ford Focus 1.6 TDCi Titanium fitted with the convenience pack (active park assist and power mirrors) and the titanium appearance pack. We only got around half an hour in the car for the test drive and it was far from running it round the track at 110 mph, we had a good mix of A, B and some more interesting roads though. Based on the time we had, we were surprised how smooth and quiet the ride was, it was much more refined than we were expecting and coped well with everything it had to (even mud in the car park!!).

The engine was a 115 PS diesel, not a big lump by any means, but it was responsive when needed and up to the task. The 6 speed box was crisp and light, though the clutch was not quite up to the same standard, feeling a little sticky. The steering is harder to explain. I wouldn’t say it was sluggish, but equally I wouldn’t say it was the best feedback I have ever had from a car. It did corner well however, in the greasy conditions you could feel the ESP coming in and tweaking the brake on the inner wheel while cornering beyond limits. I imagine it would actually be quite difficult to get this car out of shape in good conditions, though if Ford want, I am happy to try…

The driving position was good and you could see pretty much everything you needed to, if we were being ultra picky we could argue that the A-pillars are a touch to wide and may restrict some vision. However I don’t think this is a major fault, and is true of so many cars in today’s market.

We finished with the active parking assist. Can’t parallel park? Of course we all can, but you may have someone *ahem* in your household who can’t. Well it’s as easy as 1,2,3. Flick the switch, drive past the space (on the left or right) and the car will scan it to first ensure you will fit. Once you have the OK continue until being asked to stop. Put the car in reverse, take your hands from the wheel and away she goes. Yes you control the gas and the brake, but the steering is done all on its own. We think it’s pretty cool, and you can watch the no hands, ‘hi mum!’ video below.

So would I buy one? Honestly? Probably not. As someone still clinging on to the youth that is their twenties I think I would be giving in a little to easy and announcing my retirement. Will I own one in the future? Without a doubt. The new Ford Focus is the perfect car for the young family, or perhaps even as a second car for your partner, when you don’t want something smaller like a Corsa.

Taking me out of the equation though, Ford are on to a winner. We all know we will be in one in the next few months. Either for work, a friend, a stranger, this car will appear everywhere! This car won’t just appeal to the Europeans, it will become a huge success over in the states as well. Because of this economy of scale they have managed to keep their costs down which have allowed them to produce a great car, with some great base features, at a pretty amazing price. In terms of quality they are heading ever closer to the VW Golf, yes it may not have the badge, but when it comes to overall value for money, the Focus has it by a whisker… 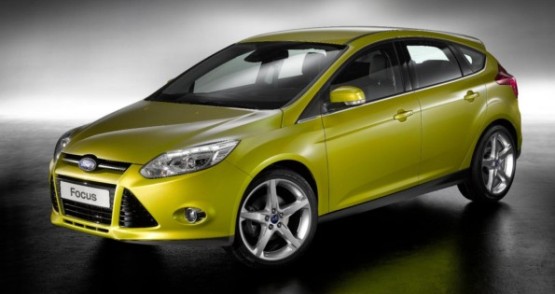