Aston Martin has unveiled its first bike. Featuring a 180-horsepower turbocharged V-twin engine housed inside a carbon-fibre body, the track-only model has been developed in partnership with English motorcycle brand Brough Superior, with only 100 models of the limited edition AMB 001 bikes to be made.

Taking design cues from its sleek four-wheeled cousins, the Aston Martin AMB 001 motorcycle boasts a 997-cc V-twin engine with a turbo-charged output of 180-horsepower. It also has something Aston are calling “variable geometry” and an intercooler, which further improves power by reducing drag and preventing overheating.

Design-wise, despite its minimal bodywork, it certainly has the Aston feel to it. Featuring a soft, sculptural body, it’s coated with the traditional Aston Martin racing colour of Stirling Green and comes with a carbon-fibre ‘fin’ which is based on the design of the side strakes found on the brand’s vehicles. 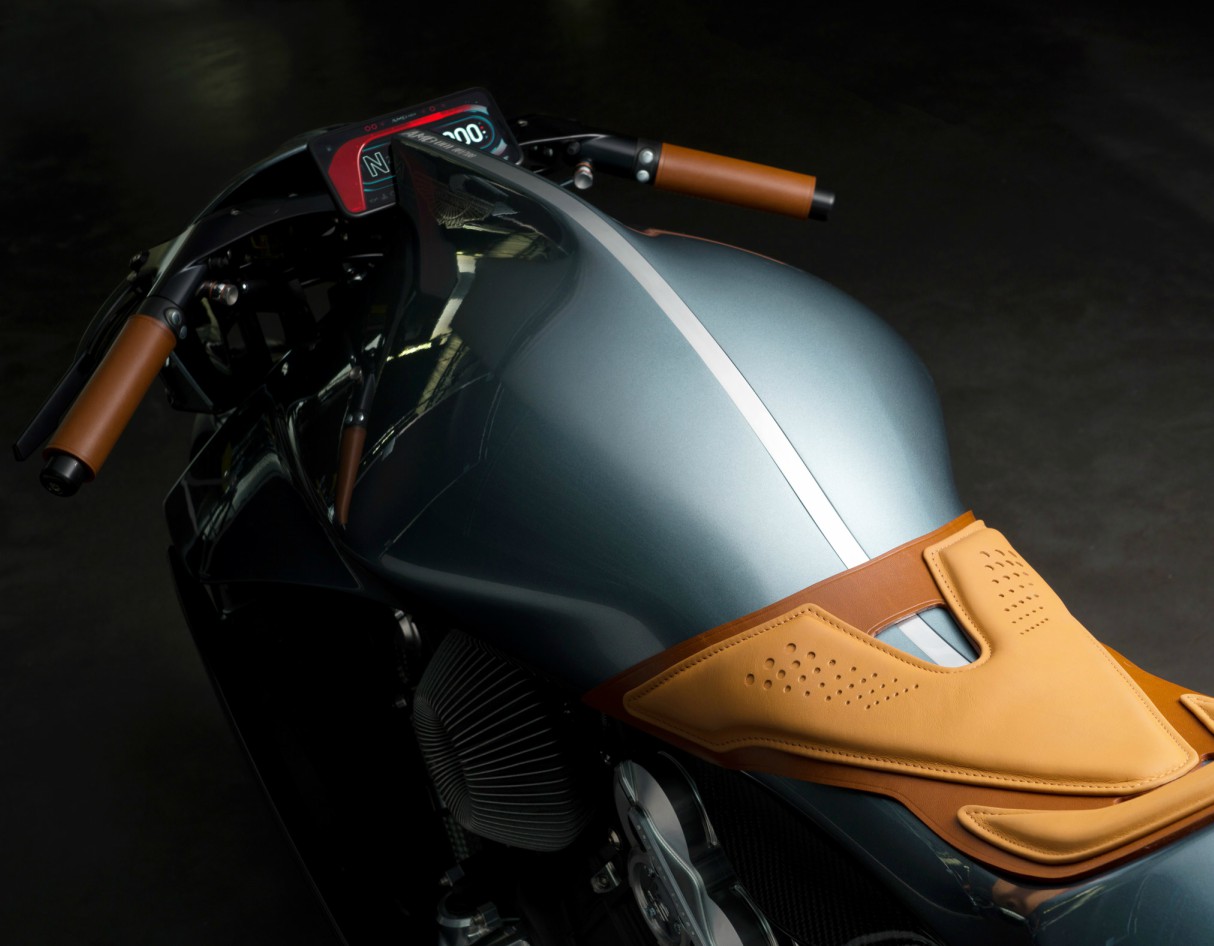 The fin itself forms the main seating part of the ride and runs the full length of the tank, passing under the saddle and out onto the rear. There’s also some aerodynamic wings on the front of the bike, which are the same nine-micron stainless-steel wings found on the Aston Martin Valkyrie car. Naturally there’s a hand-stitched Oxford Tan leather saddle too. 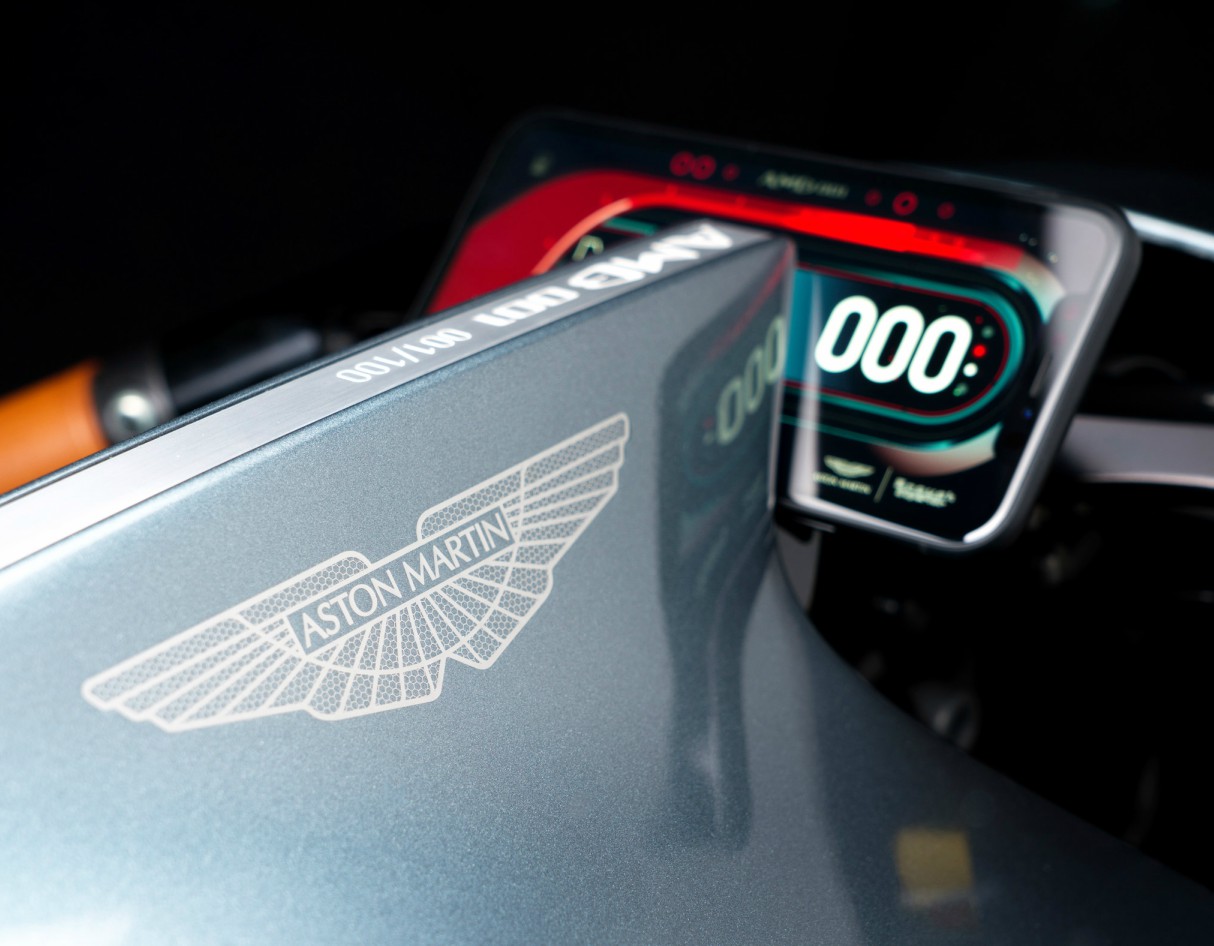 Elsewhere, the main components have been made from carbon-fibre, titanium and billet aluminium, and have been finished with more Stirling Green and also some signature Lime Essence with matte black wheels, forks and brake assemblies.

Despite being one of the UK’s most iconic manufacturers, the Aston Martin AMB 001 motorbike is being built and hand-assembled in the Brough Superior factory in Toulouse, France. Just 100 will be made, each one priced at €108,000, or about £95,000. First deliveries are expected by the end of 2020. Find out more at the Aston Martin Website. 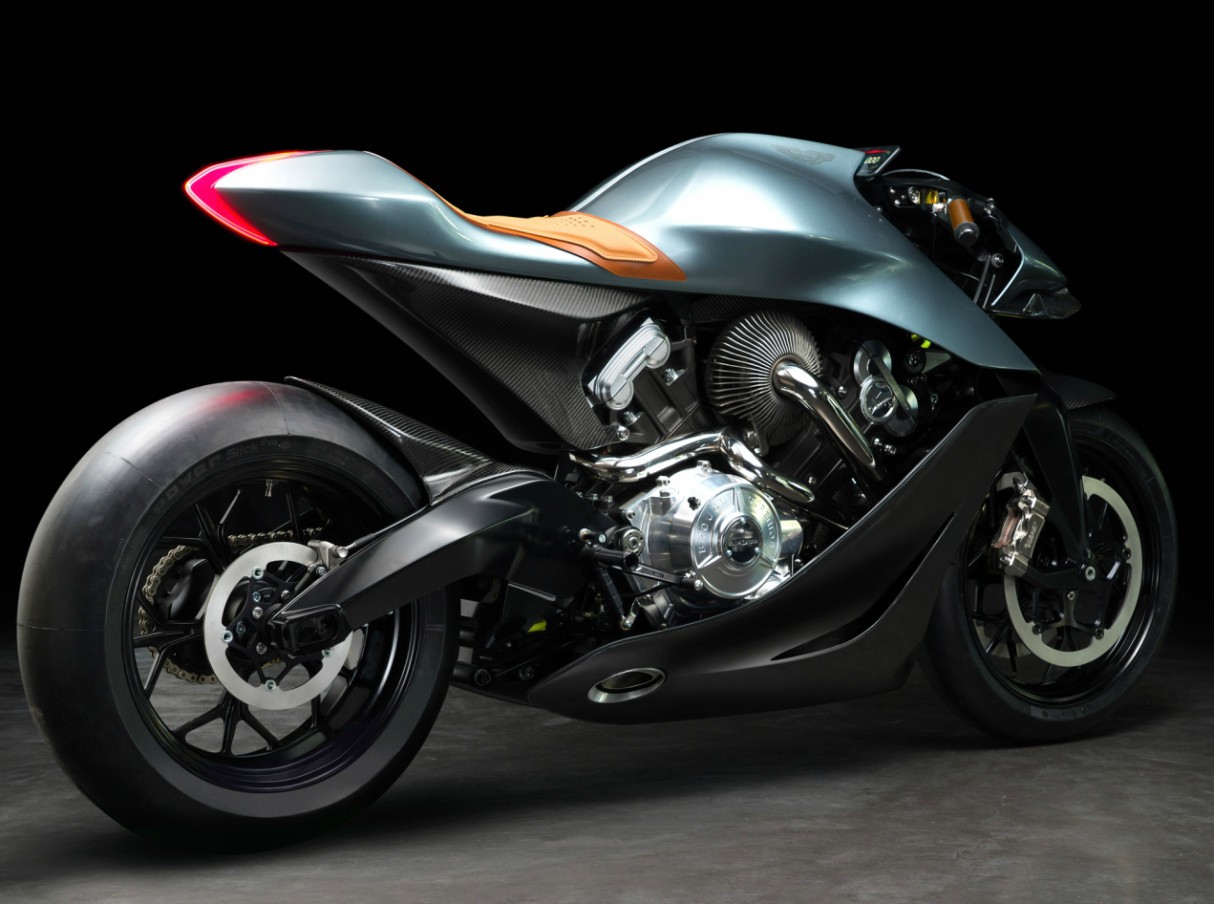 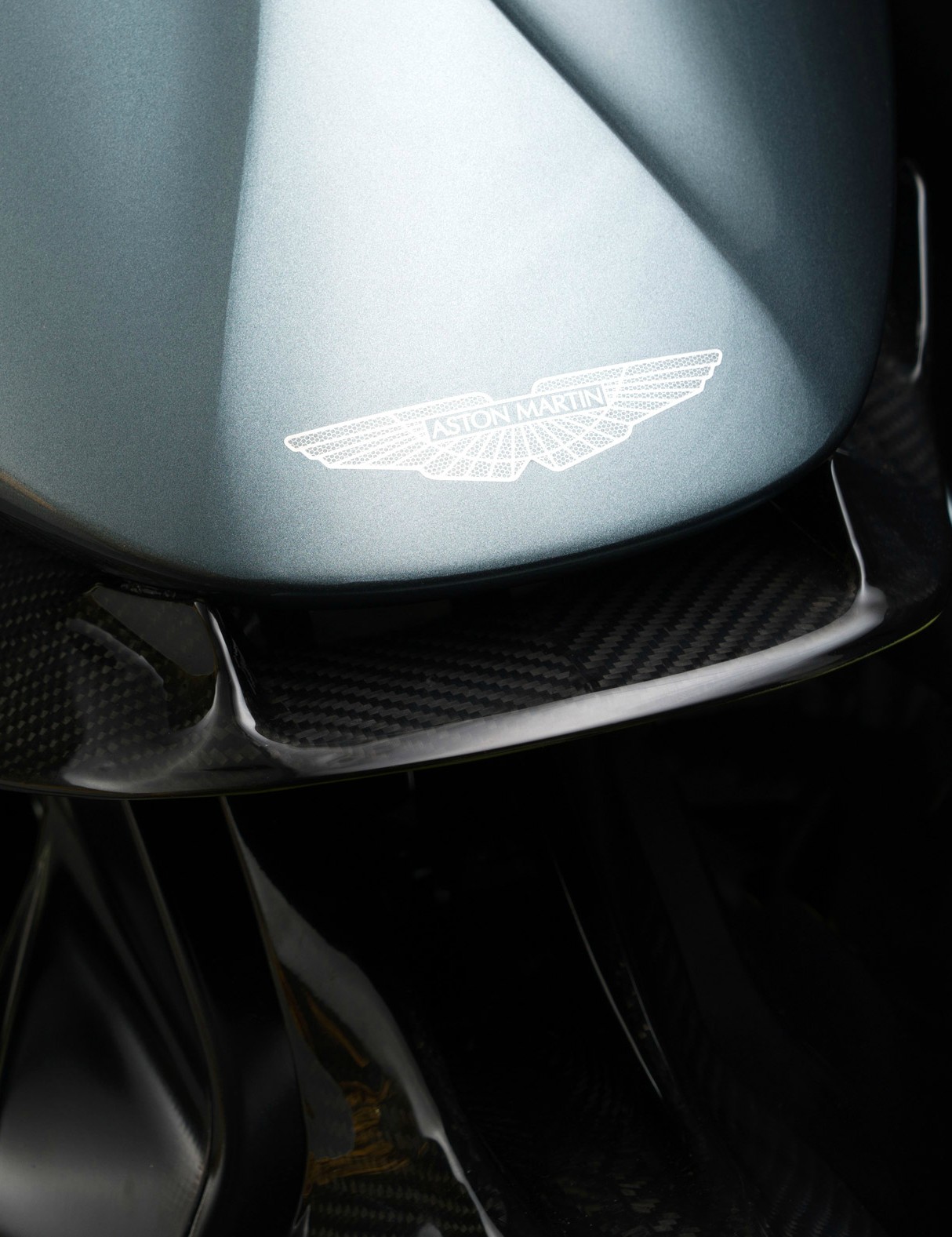 Not content with building some of the most beautiful cars on the planet, in the summer Aston Martin launched a bespoke design service which allows drivers to create garages, homes and ‘lairs’ which will specifically showcase their favourite cars.