With the news that Daniel Craig has finally signed on for the next Bond film, we’re paying close attention to everything Aston Martin is up to. And only days after the Craig announcement, the British icons have announced a creative collaboration with Triton Submarines. Codenamed ‘Project Neptune’, the submarine is actually getting made and we’re praying to see the submersible in the next James Bond film.

Submarines aren’t made to be pretty. They’re not made for private buyers and they’re certainly not made to be shown on your driveway. Which is why we’re fairly confident that the Aston Martin ‘Project Neptune’ submarine is the most attractive submersible we’ve ever laid our eyes upon.

The flagship project is currently just in the concept design phase, but it will eventually lead to the development of a three-person sub. The submarine will be able dive to depths of 1,650 feet and travel at speeds of up to 3.5 miles per hour – so hardly DB9 territory but this is a submarine after all. 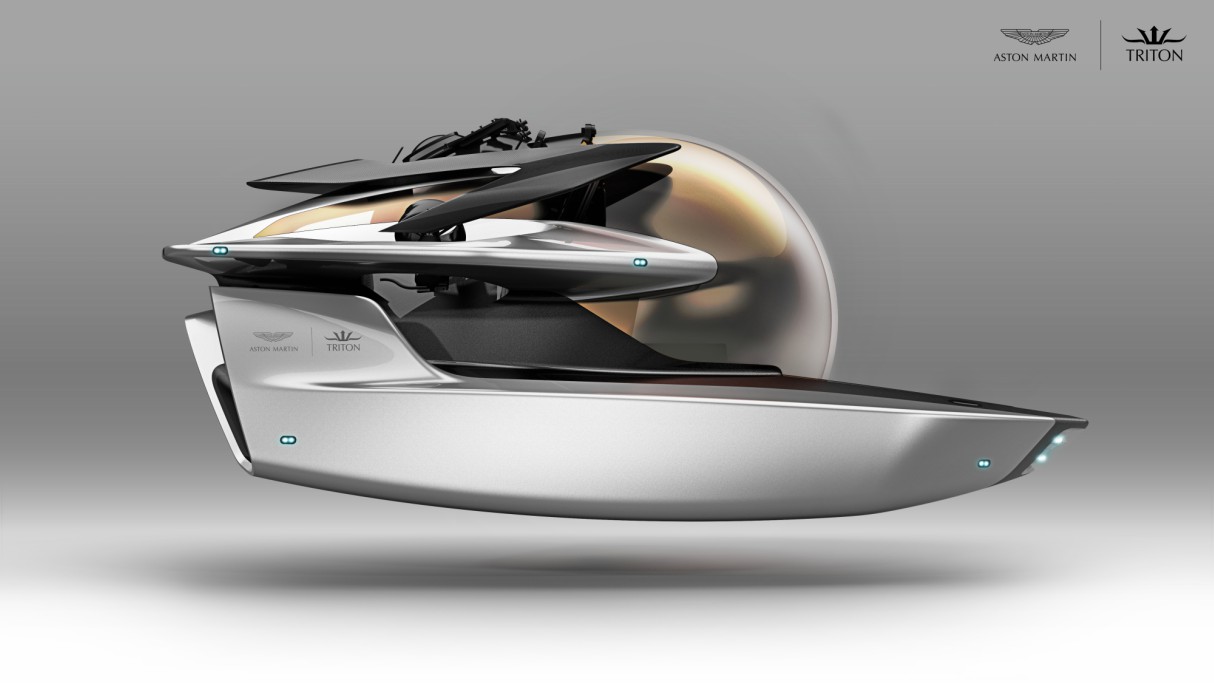 The Project Neptune is allegedly going to be 5.9 feet tall and weigh around 4,000 kg, making it the smallest and lightest three-person sub in the world. Renders of the submarine show a futuristic looking vehicle with a sleek, elegant exterior. Very Aston.

The luxury car maker partnered with Triton Submarines, an acclaimed manufacturer of state–of-the-art submersibles, to create a something that, and to quote Aston, ‘will lead to an exclusive, strictly-limited edition vehicle.’ So much so, it’s going to cost buyers a whopping £3 million.

The Aston Martin and Triton Submarines ‘Project Neptune’ is apparently set to go on sale next year – just in time for filming the next James Bond. The £3 million price tag is just an estimate as it stands with Aston saying only a dozen of the submarines will be made each year. Head over to the Aston Martin Website for more details.