Last year, rather unexpectedly Aston Martin announced they were releasing a submarine codenamed ‘Project Neptune’. Well, it look as though they were serious about the thing as along with co-collaborators Triton, they’ve released more images and details about the project.

We did already know some details about the Aston Martin x Triton submarine. Some fairly specific ones actually. It will be able dive to depths of 1,650 feet and it’s also going to be 5.9 feet tall and weigh around 4,000 kg. But apart from that and the general look of the thing, very little was specified.

Well, now we know that the submarine has 3 seats, with 1 pilot seat and 2 passengers. We also now know it’ll reach speeds of up to 5 knots – not DB9 territory but it is a submarine. And it will also have four times the acceleration of Triton’s other models. 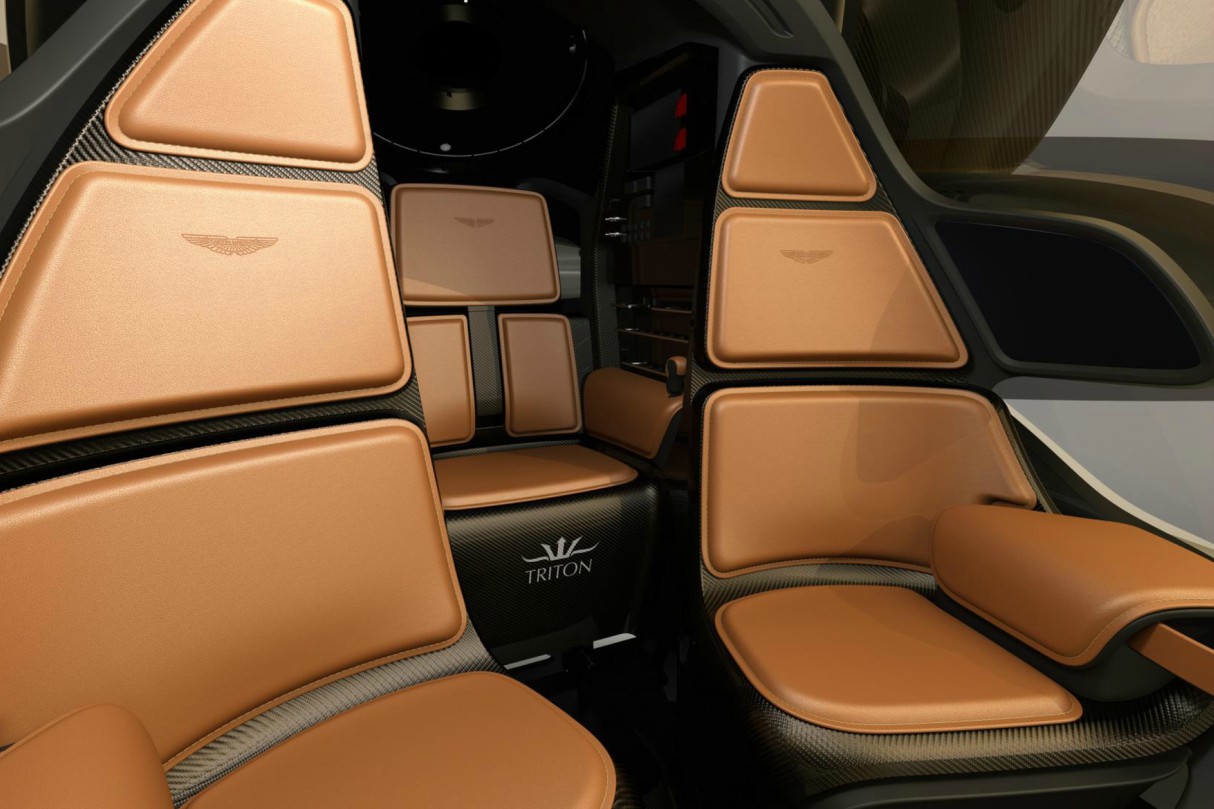 On the inside, this sub will be fit for a king with leather-panelled seats coming complete with Aston Martin logos on the headrests, while the rest of cabin is made from a lightweight carbon fibre. According to John Ramsay, chief technical officer at Triton Submarines; “The interior is quintessentially Aston Martin. The prototypes look incredible, being simultaneously functional and beautiful.”

We’re told the Aston Martin & Triton Project Neptune submarine is going to be available in 3 designer specifications and those who want to have a bespoke version can use Aston’s service called Q. It’ll go on show at Barcelona’s LYBRA Superyacht show later in the year. 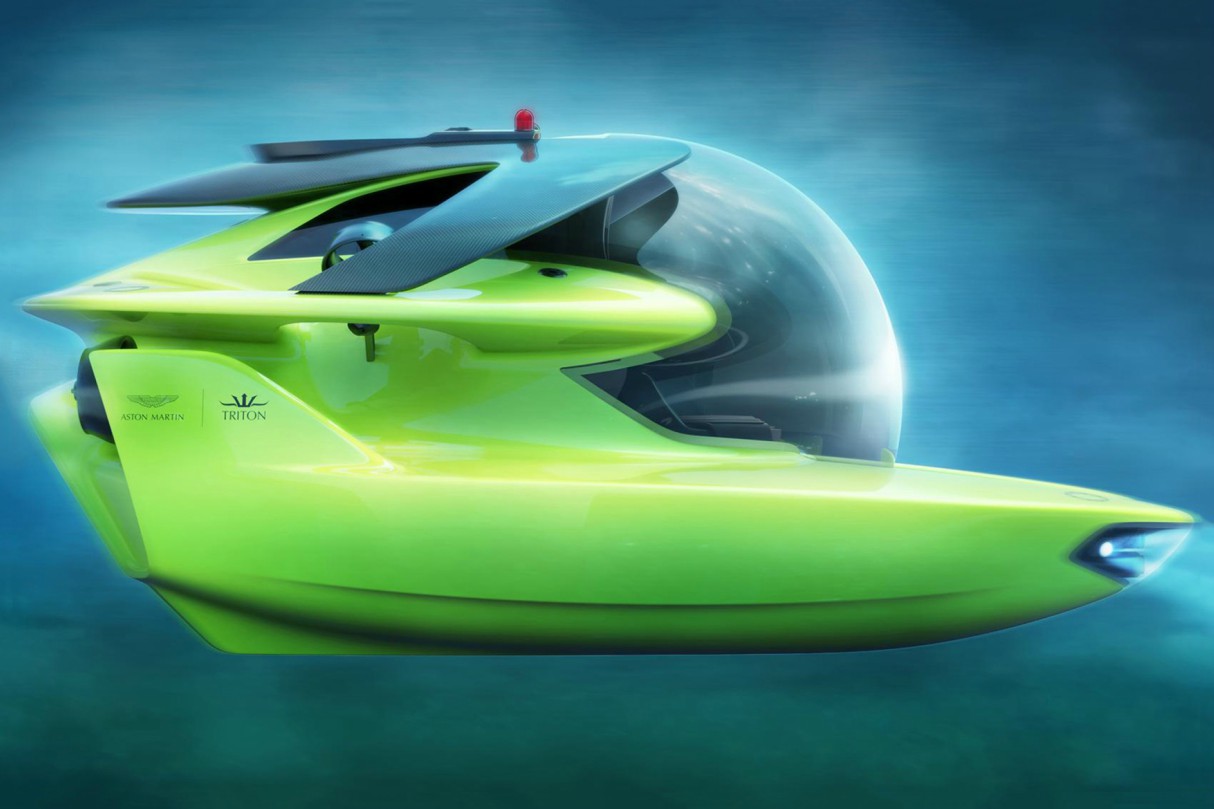 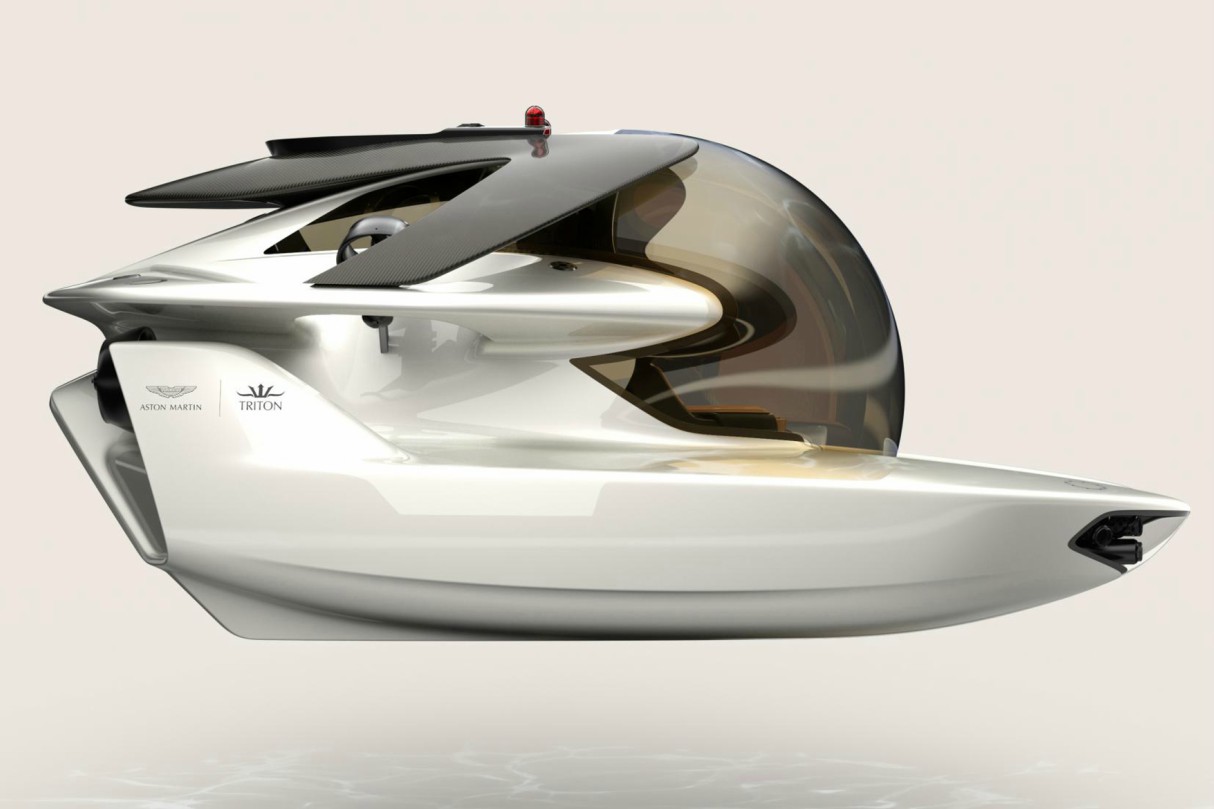