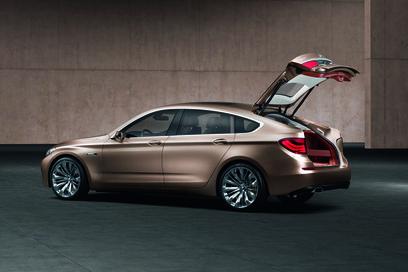 BMW have released details of their new 5-series coupe which will go on sale later this year. Dubbed the Gran Turismo, the car will sit at the top of the new 5-series range. Officially to be launched at the Geneva Motor Show in March with an anticipated release in the UK of October and a retail of around £40k.
The boot can be used as a saloon or hatchback in a twin system first seen on the skoda superb.