BMW is continuously ushering in fresh models. Maybe the automaker is paranoid it won’t be “King of the castle” for much longer if it stops pandering to the expectations of the car-buying public. Or maybe it’s just damn good at operating at the cutting edge of a cutthroat industry?

Whatever the reason, one of the German company’s newest contributions is the 2 Series Gran Coupe – a booted edition of the 1 Series hatchback. At first sight, it appears to be a coupe, but on closer examination, it’s clear the car is a four-door saloon.

On the move, the flagship M235i xDrive model, as assessed here, is a manic machine, shooting along the straights and hugging corners gladly, thanks to the taut suspension. The eight-speed semi-automatic gearbox shifts nimbly, and the flawless changes ensure you’re always motoring in the highest achievable gear.

The 2.0-litre twin-turbo petrol lump produces 302bhp, so zero to 62mph takes 4.9 seconds – that’s the same time as it takes Ferrari World’s Formula Rossa, the world’s fastest roller coaster, to get to 150mph. While the BMW won’t match the thrills of this Abu Dhabi based attraction, overtaking is never an issue with this much clout on tap. But does access to this velocity mean there’s a risk of turning into a muppet behind the wheel? Unfortunately, yes.

Aside from that, the 2020 BMW’s steering accuracy is inspiring, and with its intelligent four-wheel-drive, you won’t accidentally be heading off the beaten track any time soon. That’s unless the numpty within you can’t be restrained. Overconfidence can prove deadly, you know.

Inside, the 2 Series Gran Coupe cabin is very like the 1 Series’. The driver’s seat can be set agreeably low, and there’s an infotainment system that allows you to operate it through the touchscreen or via voice control. If those two methods don’t grab you, then there’s always BMW’s established iDrive controller to fall back on.

With a dropped rear roofline, the new BMW’s headroom isn’t the best. I’m around five feet, eleven inches tall, and when taking the opportunity for a backseat ride, my shaved scalp soon started polishing the headliner. Happily, knee room is more generous – and there definitely won’t be any discomfort for children or smaller adults.

As for cargo space, the 2 Series Gran Coupe’s 430-litre boot makes the loading of long or awkward objects easy. At the car’s initial media launch, I helped a colleague get his tripod and other bags of kit in there without any hassle. Furthermore, we found a good amount of additional room beneath the boot floor to deposit our laptops. The rear seats can also fold relatively flat to boost load-lugging volume.

Efficiency-wise, the excitable M235i xDrive’s all-wheel-drive arrangement impacts fuel consumption, but 36.2-37.2mpg is still doable. You should also be aware that this version of the 2 Series Gran Coupe produces 153g/km of CO2. Additionally, be mindful that if you’re going to be driving this model keenly – and there’s no question you will be – expect brake pads and tyres to wear out sooner rather than later.

With near unholy power on hand – well, as four-door saloons go – the M235i should come wrapped in hazard tape. Instead, high-tech gadgetry, usually contained within grander BMWs, is there for when any lunacy takes over.

Factory-fitted equipment includes collision and pedestrian warning, and cruise control with braking. An electronic driving assistant also houses a lane change alert system; this tells you to manoeuvre the BMW back into its correct lane via a visual alarm – and it provides a bit of steering input, if necessary.

Independent crash test safety body, Euro NCAP, hasn’t evaluated the 2 Series Gran Coupe yet, but the 1 Series, to which it’s related, attained five stars – the highest grade possible. So, there’s every reason to believe this Bimmer will do its best to protect you, should you come unstuck.

What do you think of the BMW 2-Series Gran Coupe? Nice niche or confused small saloon? Let us know in the comments. 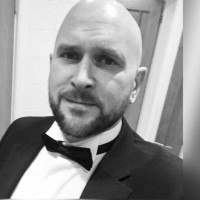