It’s rare that we at Average Joes get to attend events on our doorstep. Most of the time we have to get up very early, dose-up on coffee and drive halfway across the country. Not this time though. Here in Norfolk there is company you’ve probably never heard of, making very cool things indeed. This company is called Ansible Motion and they make driving simulators.

Prior to today I had two different experiences of driving simulators. The first is the most obvious, games such as Gran Turismo and Forza Motorsport are often referred to as driving simulators but are still somewhat arcade-like. The other was at a race team HQ, a simulator they use to allow their drivers to get used to track layouts and hone their lap times. Until today, the latter was the closest I have got to real driving without actually stepping foot into a real car.

I must admit I had preconceived ideas about what Ansible Motion’s Simulators were used for. I assumed they were simply a more advanced version of the simulator I drove last year. As it turns out, I was quite wrong.

So What Are They For?

At the time of writing this piece, Ansible Motion have 14 simulators deployed around the world. Around half of them are used for purely motorsport purposes. These ones are used mainly for driver development as well as race car development. Whilst this is pretty cool, I actually find the other half of their use more interesting. The other half are used by either car manufacturers or companies who develop systems for car manufacturers. They are fast becoming a crucial part of how the car you might be driving is developed.

Traditionally a car manufacturer would take around 7 years to develop a new car from initial plans to the finished product. This throws up many issues. Firstly they have no idea what their rivals are doing and what technology might be pioneered before they present their latest creation. They also have to try and predict styling trends up to 7 years in advance. All in all, it is not ideal. Recently though technology has allowed manufacturers to develop cars much faster, often utilising an almost entirely virtual development process before any real parts are made. 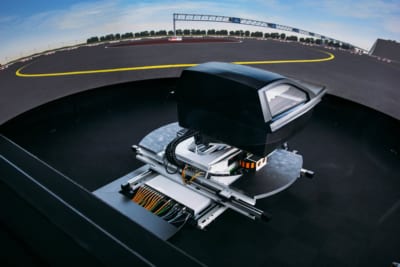 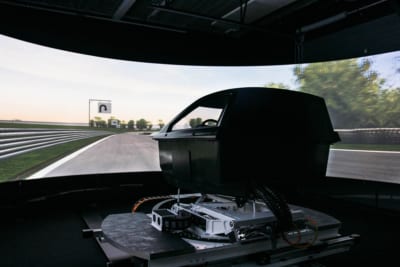 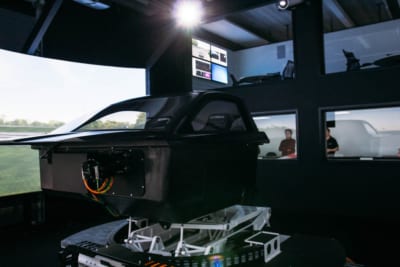 This is where simulators come in. Using systems developed by Ansible Motion, manufacturers are able to drive and test cars long before a physical is built. They can make sure the gear change feels right, ensure your electronic power steering feels right or even make sure the buttons on your touch screen work the right way. They can polish the product in the virtual realm before the costly process of making and then changing parts. This doesn’t stop car manufactures from doing real world testing but what it does mean is that the changes done on the real car are smaller and often faster. This means a car can become a reality far faster than before.

It doesn’t stop there though. The most interesting part of the new use for these kind of simulators is for driverless cars. These kind of cars are coming sooner than you might think and nearly everyone is at it in one shape or form.

When you develop a normal car, you stick a driver in and they already know how to drive and avoid obstacles etc. With driverless cars, you have to teach the car what to do in a multitude of scenarios. Scenarios you cannot safely or ethically create in the real world. Using a simulator, developers can safely test the reactions of a driverless car again and again without fear of maiming or killing anyone.

You can also put drivers in the simulator who are sleepy, intoxicated or otherwise unable to perform at 100% without the risk of injury or breaking the law. This could be used to allow the developers to teach the car to work out when you are capable controlling the vehicle in the event of an accident. In the future, cars will know if you are capable or not and may choose to take over control of the vehicle should it detect a possible accident. Driverless cars will be better and safer at driving than you one day, that I have no doubt about.

Driverless cars will also be connected the infrastructure at some point in the future. They will be able to work out that driving 1.5 mph slower will mean they avoid the next read light for example. Another likely possibility is that future emergency service vehicles will transmit that they are coming so your car will move out of the way for them automatically. These are systems that can be tested in the virtual realm before having to fine tune them in the real world.

The future is coming thick and fast and the simulators made by Ansible Motion will help make your future better and safer.

So What Is It Like to Actually Drive One of These Simulators?

After having a healthy and mind expanding chat with some of the people behind Ansible Motion, I was ushered through to the simulator housed at their Norfolk HQ. The first room I entered was filled with a bank of computer screens. From this room they can control the experience, talk to the driver and view the data being captured. 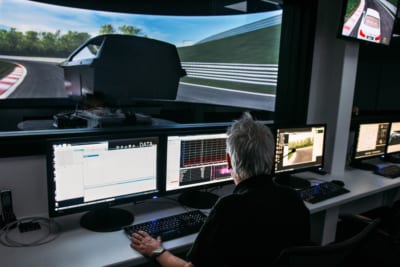 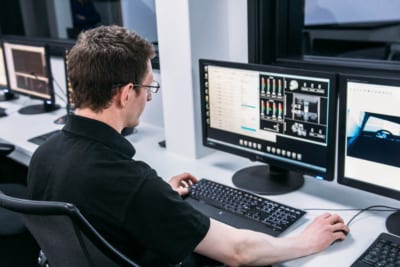 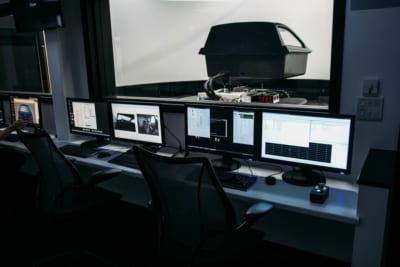 In the next room is the simulator itself. In the centre of the room is what looks like half a car made from two carbon fibre clam shells that open up like… well, a clam. They sit atop a rather complicated looking but beautifully engineered platform that is able to move the ‘car’ around to simulate the vibrations and movement of a real car. Of course the vehicle’s shape is totally dependent on the application. A Formula 1 team will have a car that looks funnily enough like a modern F1 car. The system can be adapted to pretty much any requirement.

In front of the half-car is a screen but one that fills almost the entire room. It gives around a 240 degree field of view so you’d have to seriously crank your neck around not to be looking at some part of the screen. This helps to immerse yourself in the simulation.

Before getting behind the wheel I was given the choice of what I would like to experience. I could have tried the driverless car option or driving a normal car on the streets of a city. Instead, because I am a petrolhead at heart, I opted to drive a range of cars at Spa Francorchamps. The same track the F1 drivers pound round every year.

They started me off in a fairly normal car in order to get used to the systems. I think it was modelled on a BMW 3-Series but one of the cooking models. The first couple of corners were pretty bad. It takes a little while for your brain to forget that the experience isn’t real. But once I was half way round the first lap I started to get into it. You do really feel like you’re driving. I was sat in a closed cockpit with dashboard, dials and mirrors and had I not climbed in several minutes earlier I would believe I was sat in a real car. 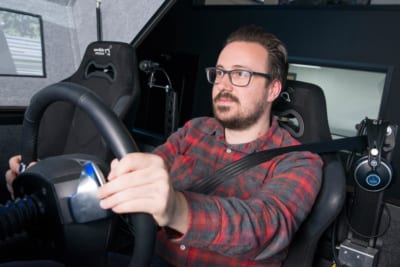 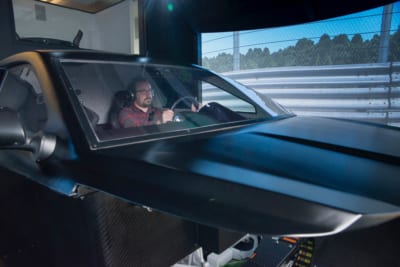 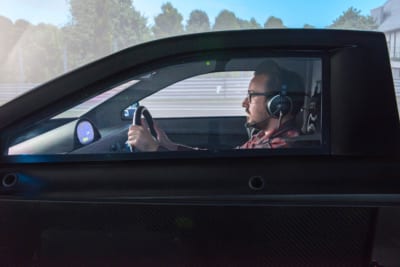 Once we switched to the faster car, I started to enjoy it more. The first car felt a touch numb and un-engaging on such a fast track, just as real rep-mobile would do. The faster car, which was close to an M3 in it’s set-up, felt more alive and you could feel the rear wheel drive platform and extra power. It allowed me to adjust the car mid-corner with the throttle just as you would in real life.

The real experience came when we switched to the LMP1 car. It is modelled on a racer from the current endurance racing series. This means lots of aero, big speed and no forgiveness. In short, it was great. Within seconds I felt I wanted to attack the track. The car felt alive underneath me even though there was no car. Get it right and you feel like a racing superstar, push too hard in the wrong place and the car will bite. Just as I imagine the real car would. It was so immersive that I was actually scared to push through Eau Rouge and as you climb the legendary corner you fight the car just to stay facing in the right direction. I can see how drivers use this to improve their lap times, it’s about as close to the real thing as it gets.