The current Audi R8 doesn’t feel like it has been around for more than 5 minutes but in reality it was launched more than three years ago. So in normal motoring fashion, time has come for Audi to give it a nip and tuck facelift as it reaches middle-age. Audi also claim this new car is better to drive and faster than the current version.

So what has changed? 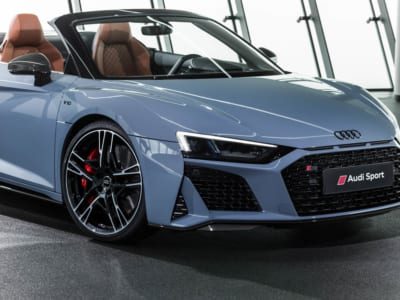 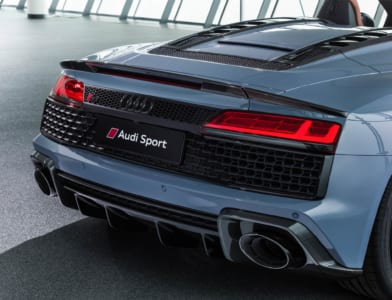 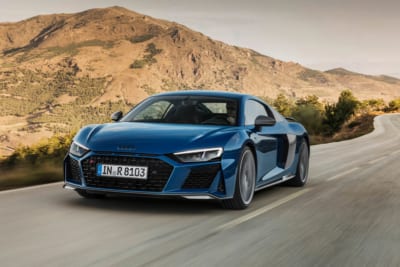 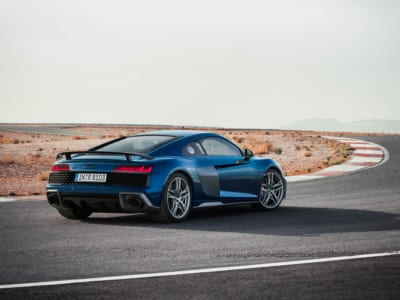 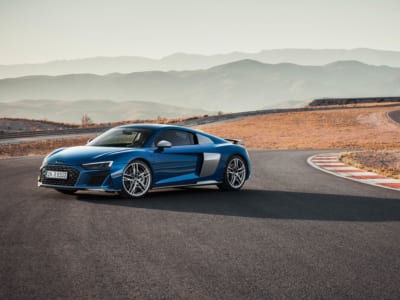 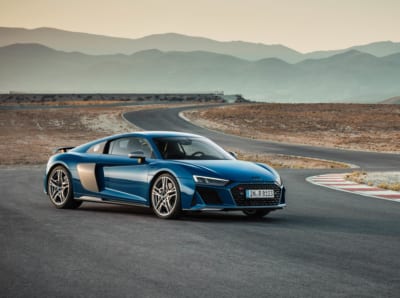 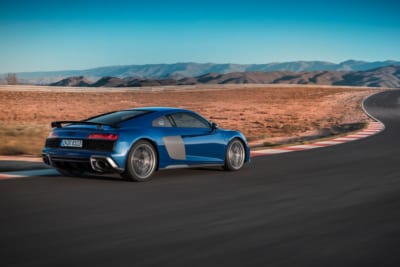 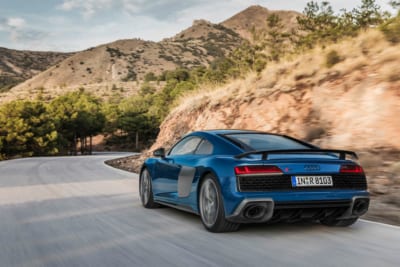 Both new versions of the V10 supercar come with a particulate filter to reduce emissions more effectively. This is legislation led and has changed the way the cars sound slightly. Luckily they still sound great and makes any performance gain impressive given how restrictive these new filters can be.

“The R8 occupies a unique position for Audi in every respect,” says Michael-Julius Renz, Managing Director of Audi Sport GmbH. “It’s now even more powerful and faster.” adds Oliver Hoffmann, Technical Managing Director of Audi Sport GmbH: “Motorsport is part of our DNA.With around 50 percent shared parts with the R8 LMS GT3, no other automobile is so close to motor racing as the R8.” 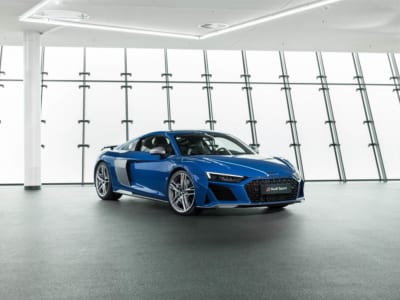 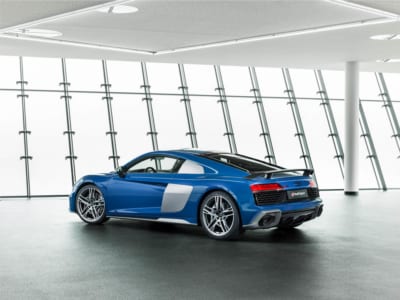 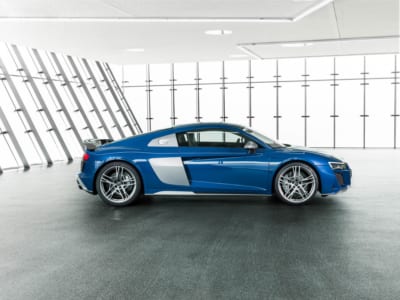 Audi have also worked on the dynamics of the R8. Modifications to the suspension provide even more stability and precision. The assistance has been retuned both with the optional dynamic steering and the electromechanical power steering. Steering response, transitions between individual drive modes and feedback from the road come across as even more precise across the entire speed range. 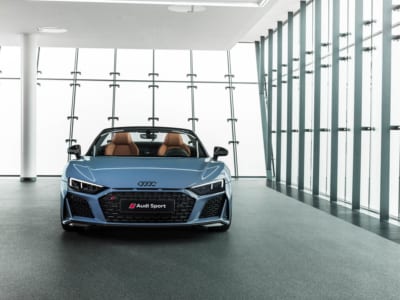 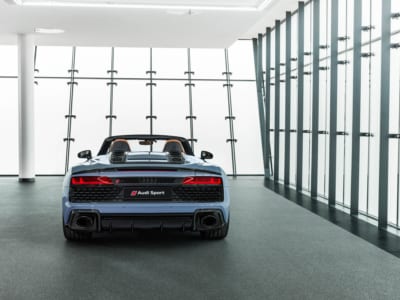 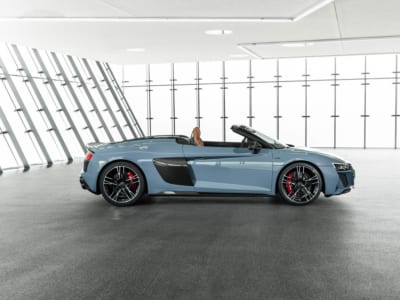 The biggest and most obvious change to the new R8 is the new front and rear treatment. The Audi press release says: The honed character of the new R8 models also becomes clear visually. The Single-frame radiator grille has an even wider, flatter line. Thick bars divide up the large air inlets, and flat slits in the hood are reminiscent of the Audi Ur-quattro brand icon. The new front splitter is now wider, underscoring the sporty look. The air vent grille runs across the full width; the diffuser has been drawn upward, making the R8 seem even wider. In the engine compartment the air filter is situated under a new, three-part cover, which is available in a choice of plastic or carbon fibre. 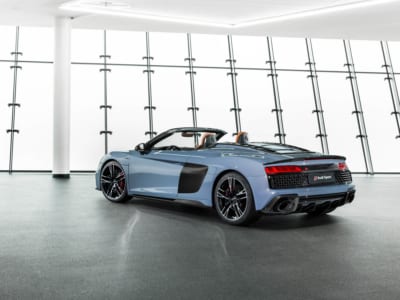 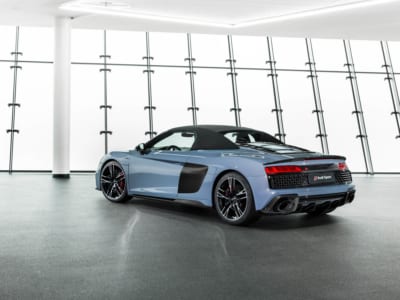 What did we think?

Back in September we were lucky enough to be invited to the home of the R8 – The “Audi Böllinger Höfen” site in Heilbronn, Germany. Not only did we get a detailed tour of the factory, built exclusively to manufacture the R8, but we also spent some time, up close and personal with the new car.

Whilst we were unable to sample the increased power and the sharper handling, we were able to spend some time pouring over the new design. As you’d expect for a mid-cycle refresh, much has stayed the same when compared to the current model. The overall shape is the same. Instead you’ll find significantly different front and rear treatments. The new front is more aggressive and complex. Parts of the design hark back to classic Audis and others are completely new. It lacks some of the finesse of the current car but adds a new aggressive stance that some will love and others will not. To my eyes, it isn’t as cohesive as the current car and seems to be quite colour sensitive. Looking much better on the Kemora grey of the spyder compared to the new Ascari blue of the coupé. 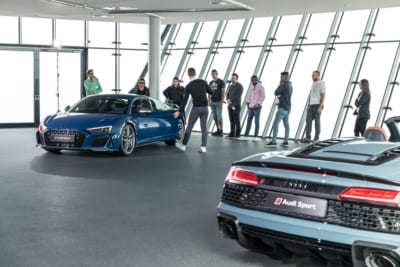 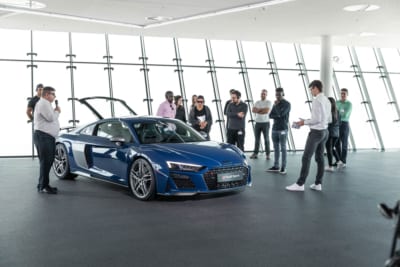 At the back of the car, a single long grille stretches across the entire rear of the car, simplifying the overall design of the R8 hind quarters. Below this the bumper is dominated with two huge oval exhaust pipes. Gone are the more subtle, oblong items from the current car, instead replaced with what seem like small cannons. These roll back to old RS model Audis and do look quite good despite being a little OTT. Overall the exterior refresh is a difficult one. It looks great but I can’t yet say if it looks better than the car it is replacing. Personally I think the car needs the full carbon exterior pack as the new satin grey finish on the exterior trim doesn’t quite work (as seen on the Ascari blue R8).

Inside almost nothing has changed. There are new materials and trim but the interior architecture has not changed. That isn’t such a bad thing. The R8 had a driver focused, simple layout that may not have ever felt that exotic, but it always worked and had the now ubiquitous, Audi build quality. The new R8 is just the same and it feels almost identical to the current car. Overall the new R8 is just as good as it has always been but now it has more power, better handling and a sharper design. As result it remains one of the best supercars on the market. 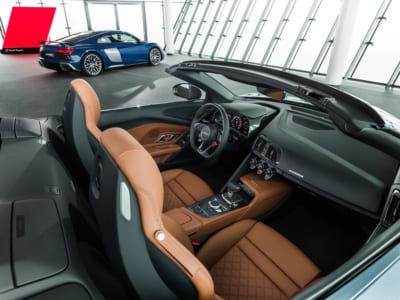 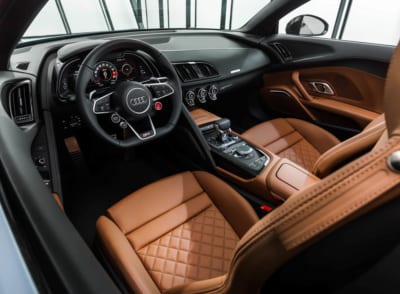 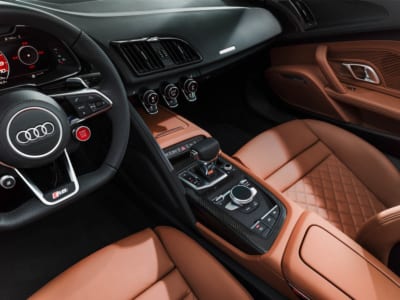 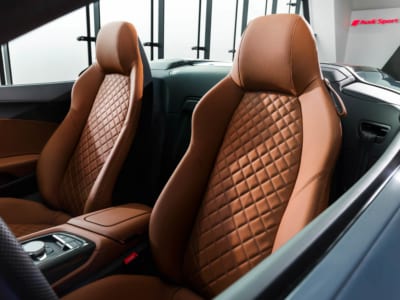 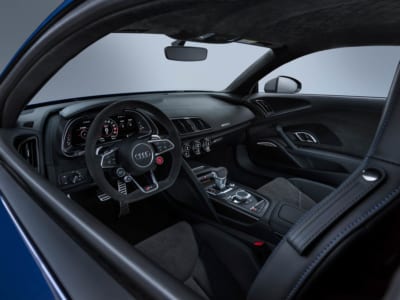 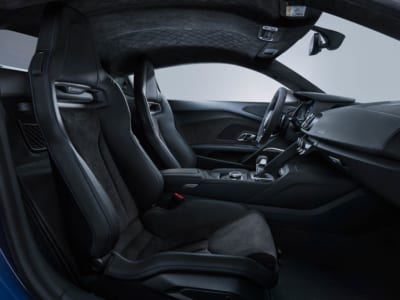