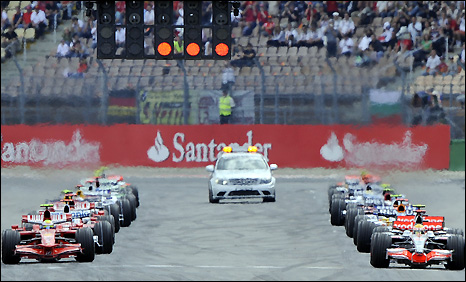 After announcing the new scoring system for the coming F1 season just 3 days ago, it seems the sport is in disarray and the new points system may now be scrapped just 9 days before the first race of the season next weekend.

The new system announced on Tuesday means this year’s F1 champion would be decided by the amount of GP wins by one individual, not on points accumulated. However F1 teams have now hit out and criticised the changes forcing the sport’s governing body, the FIA, to re-evaluate it’s position. The likely outcome is now the new points system will be deffered until 2010 and we will continue with the current system for this coming season.