If TV & movies would have us believe anything, it is that to get back in time you need a defunct car that travels at 88mph or an aged blue police box. The Goodwood Revival 2012 festival showed that a window into the past need not be so contrived. We managed to get down to the site near Chichester, UK to enjoy a wonderful day in the sun, set in halcyon days between the 1940s and 1960s. There was much fun to be had with classic cars and motorbikes, fantastic races, an airfield full classic planes, vintage dress, pit girls, music & dancing, stores and stalls. 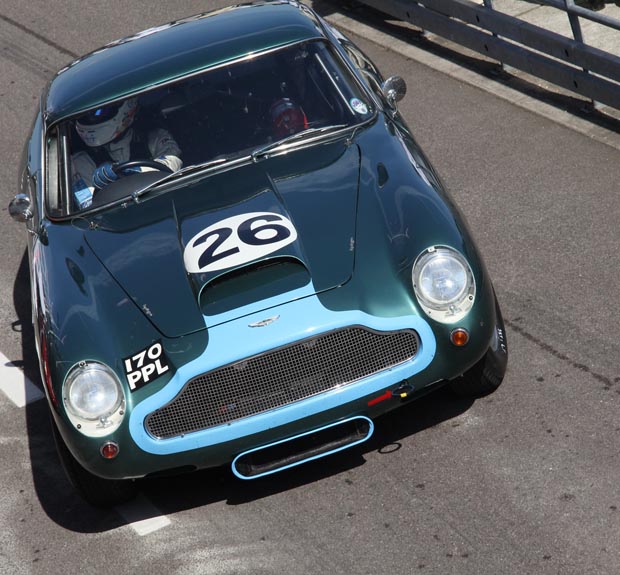 Goodwood Revival, for the uninitiated, is the world’s most popular historic motor race meeting, set in the 1940s to 1960s era when the Goodwood racetrack was in competitive use. The golden age of motor racing in the UK is recreated here over 3 days, with various classifications of race being competed, with teams and cars coming in from around the world. Whilst the racing and the cars are the main attraction, the atmosphere itself is a very close second. A fantastic spirit unites the visitors who almost exclusively come in period dress – making Goodwood Revival reportedly the biggest fancy dress party in the world – although most would argue that it isn’t fancy dress at all. The enthusiasm of the visitors is matched by the efforts undertaken by the organisers and sponsors to recreate the past in all possible ways, with roaming bobbies on bicycles, a 1960s Tesco filled with stock that wasn’t entirely out-of-date, a lovely entertainment area and carnival, land girls and home-guard, and all staff dressed appropriately. 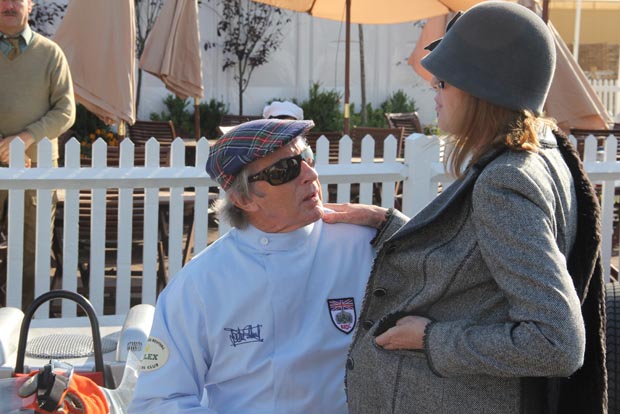 The racing schedule for Saturday included a number of cup and trophy competitions, some split over two days, as well as the first part of the Sterttington Cup – a pedal car race for the children to take part in. All in all, the action on the track was superb, the highlight of which, for us, was the Shelby Cup. This was a special year with the introduction of theShelbycup, it being the 50th birthday of the iconic AC Cobra, it also was made more memorable and poignant as earlier in the year Carroll Shelby passed away. I’ve always loved Cobras as they are powerful machines in a light frame that are a tricky beast to master out on the race track, and the Shelby Cup at Goodwood adds further complication with a midway driver change.

The race itself was great, with drama and a late twist that ensured that it lived up to the expectations and honoured Carroll Shelby in a most befitting way. Derek Hill, aboard Daniella Ellerbrock’s Cobra Daytona Coupé took an early lead which he extended greatly before handing over to his driving partner Kenny Brack. Unfortunately 3 laps later, Brack returned to the pit lane, trailing smoke – and being above the pit lane for this was not exactly brilliant. Anthony Reid, who took over from Ludovic Caron, stormed ahead with the race at his mercy, and with one hand already on the cup. 4 laps to go, disaster struck as a section of his exhaust rattled loose, and with other sections looking likely to drop away, he was black flagged and eventually made it in to the pit lane to have this problem fixed sharp-ish. One man’s pitfall is another man’s opportunity, and Rick and Rob Hall’s Cobra took full advantage of the enforced pitting, racing through to take the lead, leaving the Hart/Cornonel team to keep the returned Brack at bay for second and third respectively. Away from the race lead, there was plenty to see, with numerous spins and near misses, and everybody left the track safely at the end – just what you want from a race, although we did witness a near miss as a female photographer got in the way of a car trying to get out of the pits!

Whilst most of the action was happening on the ground, it was impossible to miss what was up in the sky, as some classic planes took part in a number of well choreographed air shows, displaying some stalwarts that used to rule the airways: 1942 Hawker Hurricane, 1943 Supermarine Spitfire, 1944 P47G Thunderbolt, 1945 Mustangs ‘Ferocious Frankie’ and ‘Miss Velma’ amongst a host of other that sat in the airfield. Although a lot can be said for the grace and beauty of these planes in flight, a lot could also be said for the stunning pit girls in their 1960’s outfits.

This was our first trip to the Revival, and it must be said that it was superlative, coinciding with what has been the Revival’s most successful year to date selling out its tickets before Friday practice. As you may have noticed, we love our cars at Average Joe’s Blog, and this was a chance to get up close and intimately personal with some of our favourite machines of all time. Rather than bore you with endless details of what was on offer, we’ve attached a gallery of our favourites for your viewing pleasure here. The racing experience here, however, was unlike any other car show or race we have attended. 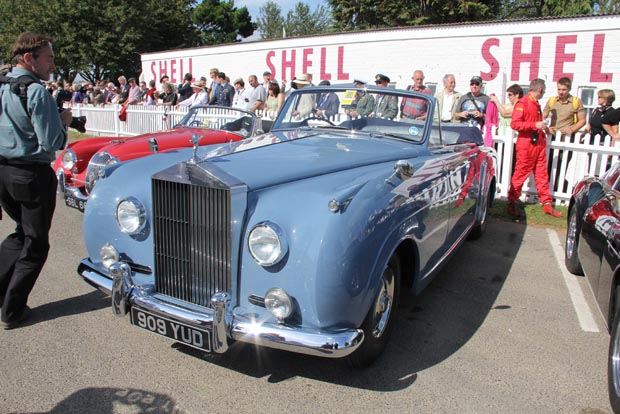 We want to thank Rolls Royce for inviting us for our first experience of Goodwood Revival and we can’t wait until next year! 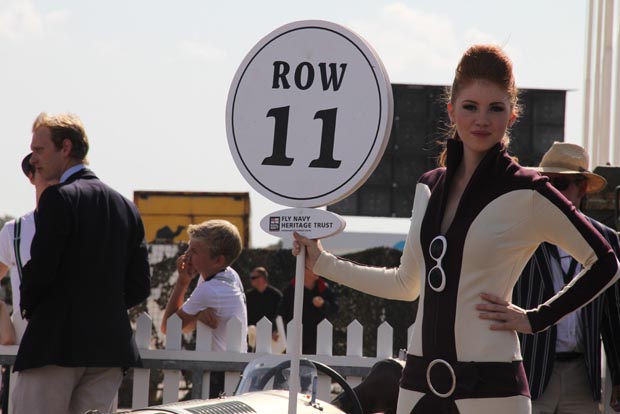 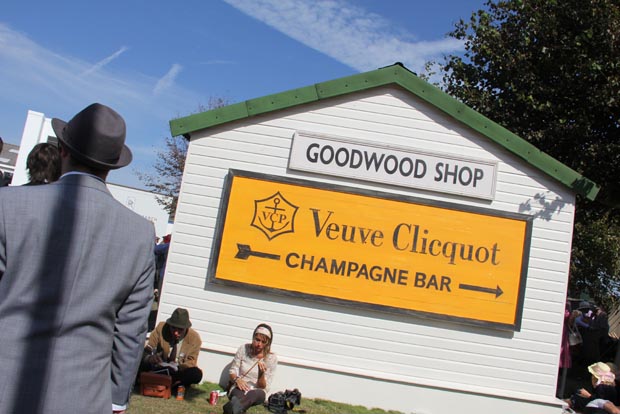 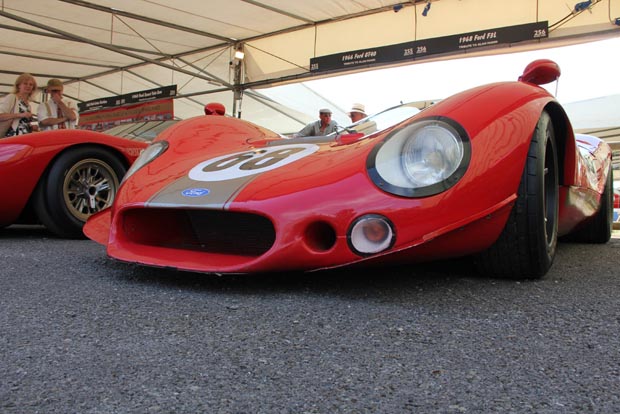 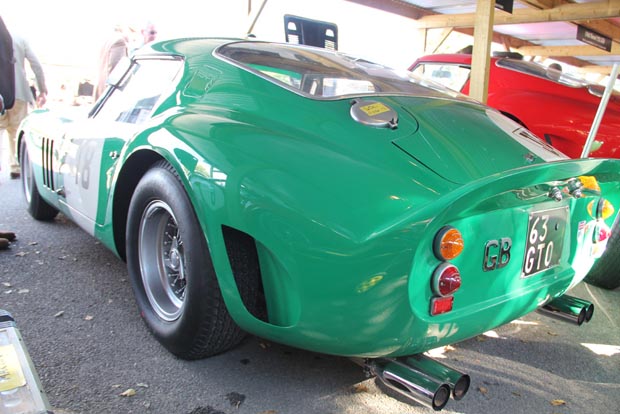 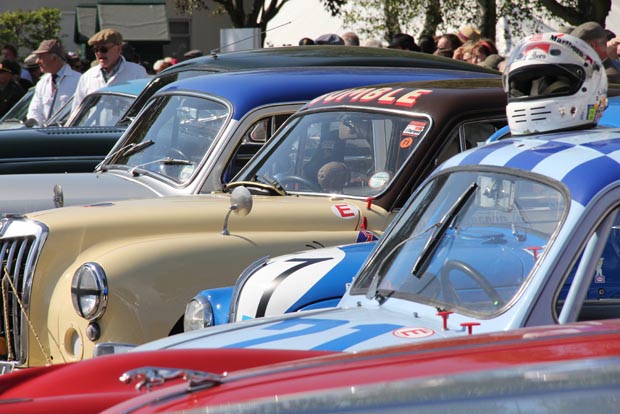 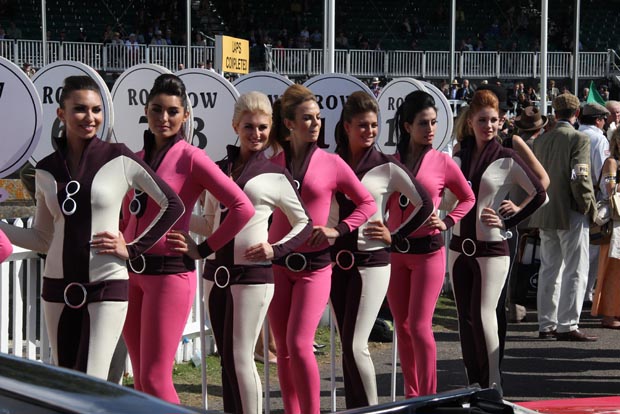