Slightly ahead of the official launch in Geneva, the newest hypercar to hit our streets has just surfaced on the web. The all new McLaren P1. Bathed in a plethora of carbon fibre, the production version of the McLaren P1 will house a hybrid powertrain pushing out a quite staggering 916 BHP. That power will consist of 737 BHP from the mid-mounted 3.8 V8 twin turbo, with the remaining 179 BHP coming from the electric motor. Giving a total of 980 Nm of torque in the process.

The lump will power the P1 to 62mph in less than 3 seconds and 186mph in just 17. Whilst at the top end you are going to be bottoming out at a limited top speed of 217 mph. These stats are assuming you activate the new IPAS, which is a push button to power up the electric motor and use it’s added power. You will also find the F1 like DRS (Drag Reduction System) which can be used only in a straight line.

The pictures, sporting the McLaren P1 in bright yellow paint, doesn’t show huge changes from the design version we clapped eye on in Paris last year, but the full productions interior is laden in carbon fibre, from air vents to door cards and everything in between. It’s very much a drivers car with just a few home comforts inside, namely satellite navigation, climate control and a stero system.

There will be just 375 of the new McLaren P1’s produced,and with a starting price of £866,000 I hope you have your cheque book at the ready. Geneva Motor Show next week. 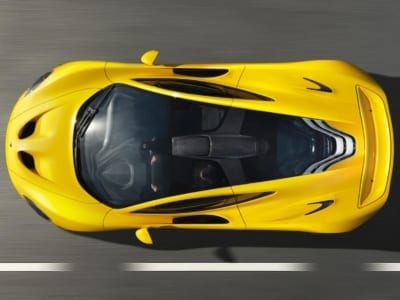 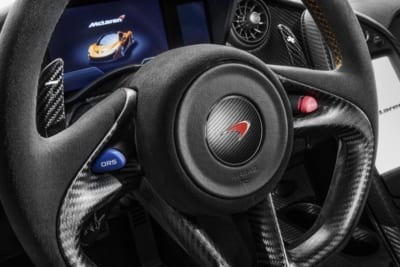 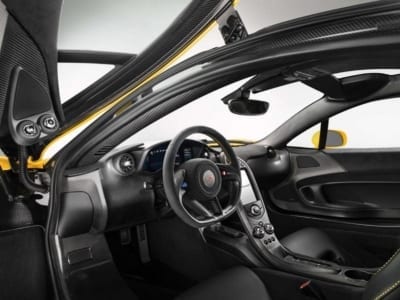 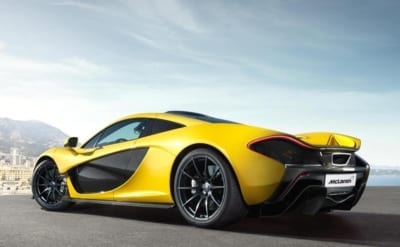 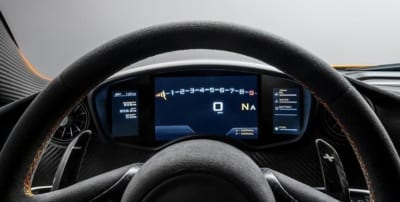 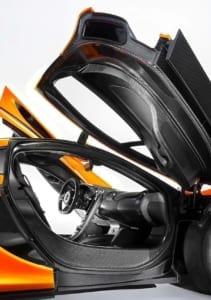