After various disguised leaks on the internet in recent weeks, it seems that the car is finally out of the bag when it comes to the new Mercedes SLK. These shots were taken over the weekend in Germany and show the new SLK in pretty much all of it’s glory.

To be fair the styling hasn’t dramatically changed for the 2nd generation, but the pictures show the same two-piece folding metal hardtop, front nose from the SLS AMG supercar and trapezoidal exhaust pipes. 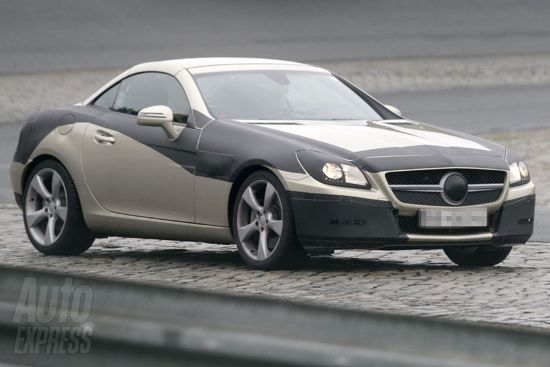 No news on the interior yet, but for power the entry model will have a 201bhp 1.8-litre CGI petrol, and for the first time a diesel will be available in the form of the 201bhp 2.4-litre CDI. There will also be a new 302bhp direct injection V-Series 3.5-litre V6 and a sports version is expected to be released including the new AMG twin-turbo 3.5-litre V6 which produces around 465bhp. 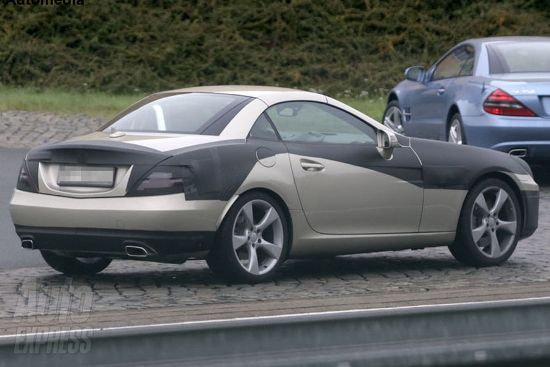