Firstly, park what you think you know about Volvo. When I mentioned I was off to review a new Volvo, a few people I know thought that Volvo made boxy, safe but ultimately dull cars. I’d argue that has never been the case (except for the safety aspect) but that is an article in itself. No, Volvo make refreshingly different premium cars/SUVs and you should take notice.

Under Chinese ownership since 2010, Volvo have had somewhat of a resurgence. No longer stifled as a Ford subsidiary, Volvo have been allowed to flourish with their style and their technology. This new trajectory started with the current XC90 and was quickly followed by the excellent XC60, XC40, S90 and V90. The latest addition to the range is this, the new V60.

The V60 is a medium-sized family estate that has a uniquely Scandinavian style and presence. The V60 is underpinned by Volvo’s Scalable Product Architecture (SPA) which is the same platform all their latest models (except the XC40) are built upon. It is powered by a range of Volvo developed Drive-E engines in both diesel and petrol flavours. The styling is almost identical to its larger V90 sibling, a car that has already been praised for its design. It is built in Sweden alongside the other Volvo SPA platform cars and has been designed to go head to head with the estate versions of the BMW 3-Series, Mercedes C-Class and Audi A4. From launch it will be available in front-wheel drive only but four-wheel-drive hybrid versions will follow. Pricing starts from £31,810 OTR and the V60 is available to order now.

The V60 shares the new family interior design that was started with the larger XC90. A large 9” portrait LCD screen dominates the centre of the dash allowing for a largely uncluttered cabin. It feels refreshingly simple and again feels wonderfully Scandinavian. The contact surfaces feel high quality and the areas that fall to hand most often are wrapped in high quality leather and soft-touch plastics.

Our test car was specced in the top ‘Inscription’ trim level and as such was fitted with ventilated Nappa leather seats, a 1,100 watt Bowers & Wilkins Stereo and four-zone climate control. Behind the simple and elegant steering wheel, is a 12.3” screen that displays a digital version of traditional dials as well as mapping info and whole host more. Whilst the infotainment system isn’t as slick as some, it is far from clunky and took me no time at all to get used to. The options on screen are large and easily selected so that they offer the least amount of distraction when driving.

The centre console is again wonderfully simple. No myriad of buttons and options here. It simply houses the gear selector, a start button, a drive select dial and the e-brake. The rest of the space is devoted to storage. This simple approach makes the V60’s interior one of the most relaxing automotive environments. Not only that, but the design and quality means it feels special to sit in. It offers a real premium feel that equals its rivals and in some ways, beats them at their own game. 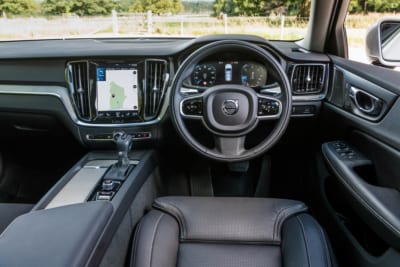 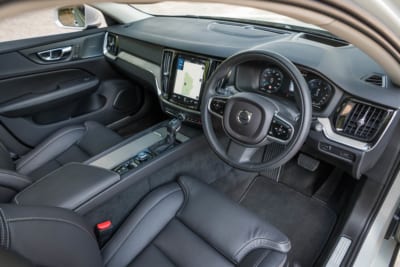 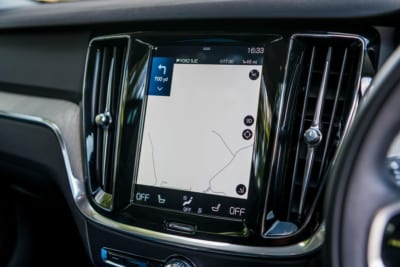 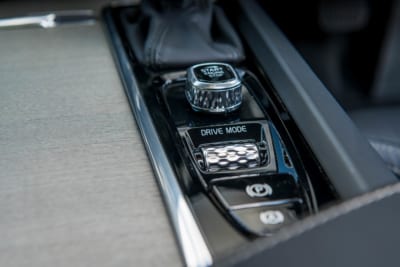 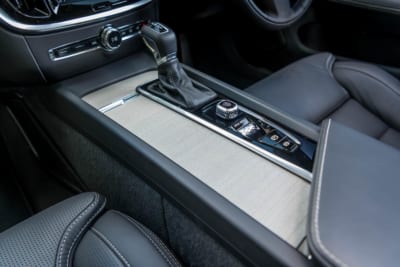 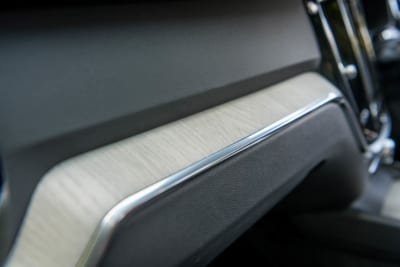 Behind the driver you’ll find a spacious rear bench that’ll accommodate two adults (or three for shorter journeys) with the obligatory ISOFIX points. These seats fold flat at the touch of a button (with the optional convenience pack) which increases the boot from 529 litres to a massive 1,441 litres. This makes it the largest boot in its class. We were able to test the practical capacity of the V60 with a fun game put on by Volvo. Against the clock, we had to stuff the V60’s boot full of all the things a family would take to the beach (including a stuffed dog and inflated rubber-ring) before setting off towards a parking challenge. The V60 swallowed all this gear with ease and the standard power tailgate meant we didn’t haver to waste valuable calories slamming the boot shut. All of this was done in a head-to-head showdown with another publication. Hopefully you’ll be pleased to know Average Joes was triumphant and despite the silliness of it all, it actually served to demonstrate the superb practicality of the V60. 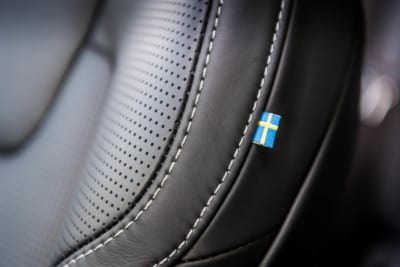 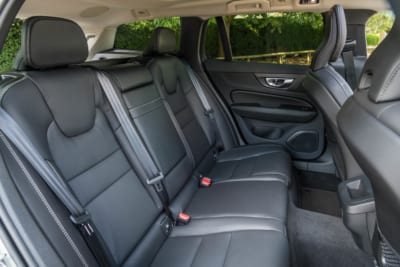 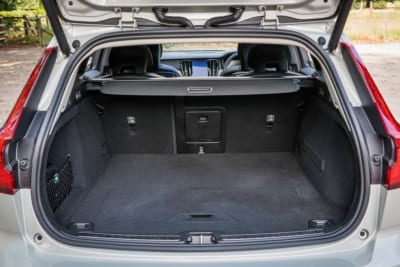 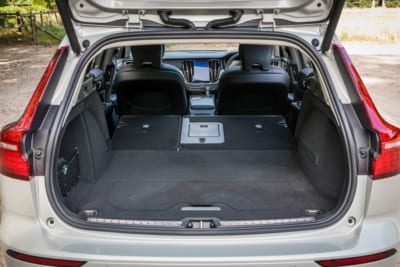 There is an annoying trend among premium car manufacturers lately. That trend is cookie cutter car design. To anyone other than the utmost anorak, most premium cars from the same maker look the same. Mercedes and BMW seem to be the biggest culprits of late. Volvo have taken much the same approach with their new cars. This V60 looks almost identical to the larger V90. Yet somehow it isn’t annoying on the Volvo. The Volvo approach seems simple and refined in its approach to ‘family design’. I see it this way; you walk into the Volvo showroom and see the car you like, all you have to do is decide which size suits you and if you want estate, saloon or SUV body style. This isn’t lazy design, it’s wonderful Scandinavian simplicity. For me at least, it works. 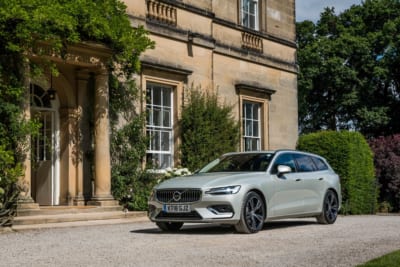 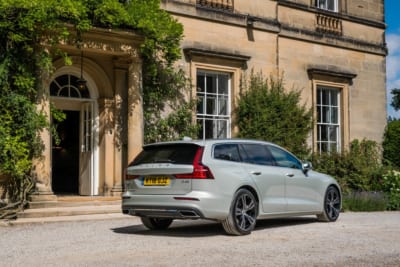 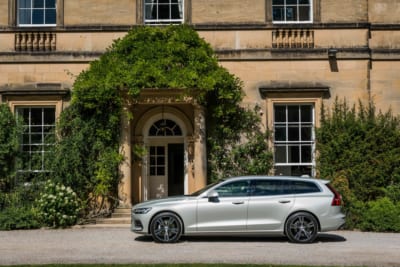 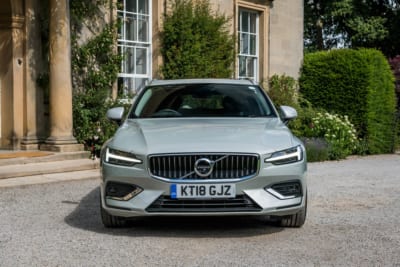 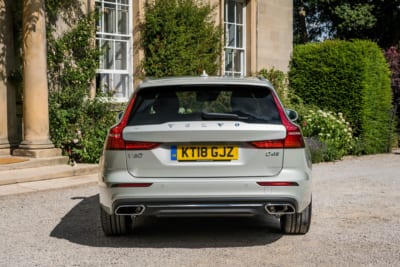 As I stated, the V60 looks much like all the other new generation Volvos, especially the V90. To my eyes that is a good thing. The car is sharp, stylish and has look about that says ‘I have style but I don’t shout about it’. It is the automotive equivalent of a tailored black suit. It isn’t going to wow the crowds but you’ll always look good in it. It also looks quite different to all the other luxo-boxes from Germany. I especially like the headlights with day running lights shaped like Thor’s hammer and the vertical tail lights that evoke my childhood memories of the Volvo 850 Estate BTCC racer.

Let’s get one thing out of the way first. The V60 isn’t what I would call fun. It isn’t dynamic, sporty or any other adjective you wish to use for enjoying the handling of your car. What it is is good. It doesn’t wallow or flounder at the whiff of a tight bend, nor does it rattle and shake on a poorly surfaced dual carriageway. It rides well and makes the process of driving effortless. It is a tool to get you where you need to go and one that works with the minimum of fuss and the maximum about of refinement you would expect for the price. 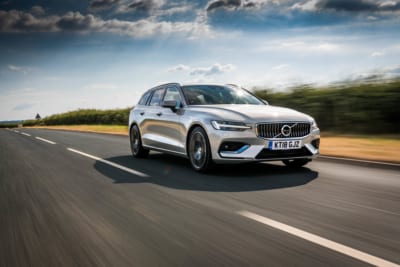 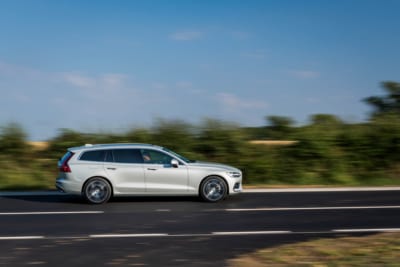 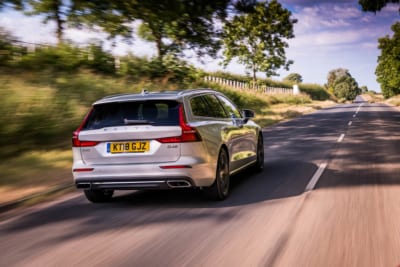 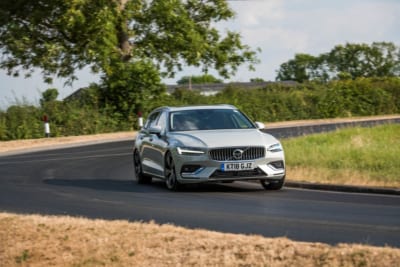 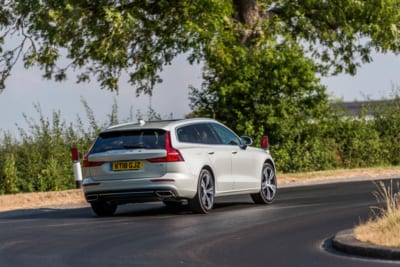 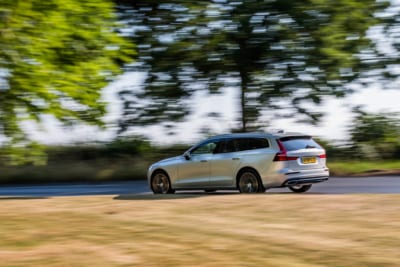 I suspect that underneath there is a strong and able platform that could easily take more power and a sportier stance but the V60 in standard trim isn’t supposed to be that car. That’s where I expect future Polestar versions to come in. Instead the Volvo V60 is a place you could spend many hours venturing up and down the country or as easily at home on the way to B&Q on a Sunday.

The V60 is another impressive Volvo. It might not set my pulse racing but as an all round car for normal drivers, it is more than a match for anything else in this segment. Add the fact that it is more practical to most of its rivals, it is nicer to sit in than a lot of its rivals and rather pleasing on the eye, overall the V60 makes a serious case for being on your shortlist of cars if you want a mid-size premium estate.