While electric cars may not have taken off as such, it’s clear that there’s at least an appetite for the smart car. But it seems to us that the same can’t really be said for motorbikes just yet. Well, one design team trying to change all that is Nightshift Bikes, and we think their Leafy Savage electric bike might just do the trick.

Nightshift Bikes is essentially a mechanic named Matt Candler. With an ethos of making ‘unique bikes that are fun to ride’, Candler says we need to talk about getting off the oil sooner rather than later, saying ‘electric drivetrains are way more efficient than gas, and battery tech can now give you all the range and power you want.’

All that’s missing is the design part. That’s where Nightshift Bikes come in. Their ‘Leafy Savage’ electric ride may have an odd name but this bike is no joke. Built out of a 2003 Suzuki Savage and powered along by a 40bhp Enertac motor and set of 14 battery packs borrowed from a Nissan Leaf (hence the name), the Leafy Savage might not be the future, but it’s certainly a step in the right direction. 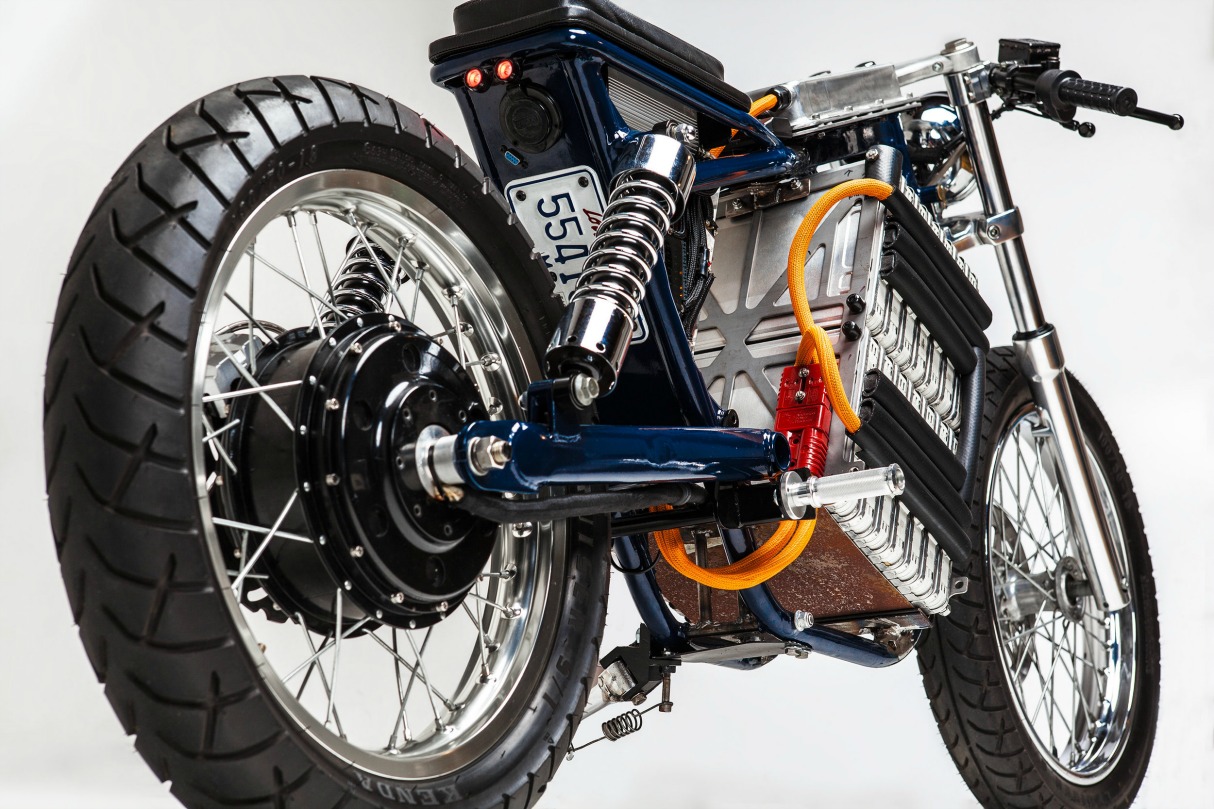 The concept bike itself is undoubtedly rustic, but we quite like that. The large gas tank turned Eltek charger dominates the aesthetic, with the charger being able to provide up to 3000 watts at 220 volts to the bike. Where the motor used to be is where the Nissan Leaf battery pack sits, wired here in series for a total of 116 volts. There are four flat-pack Lithium Manganese Oxide (LiMn2O4) batteries in each of the 14 cells on the bike.

There’s some cool little feature with the Leafy Savage too. As well as LED lighting and toggle switches borrowed from Radioshack – we did say it was rustic – there’s also data ports to connect your laptop just above the license plate. This enables the user to adjust the power curve for better acceleration or more range. In its current state, you can get around 100 miles of riding on a single charge.

While it’ll never be production ready, bikes like the Leafy Savage could indicate where the market may be heading. Go over to the Nightshifts Website for more details. 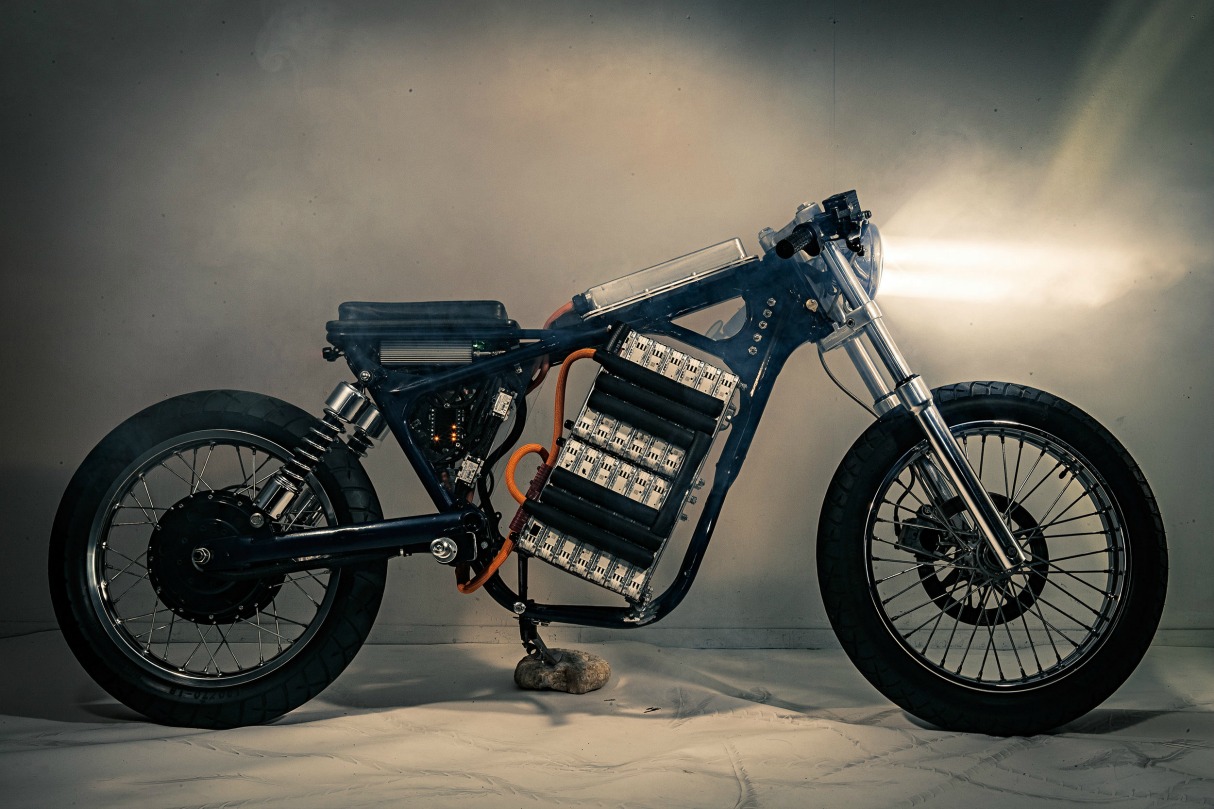