The 2018 Festival of Speed takes over the Goodwood Estate this weekend and it’s always one of the most exciting times of the year for petrolheads. And with Porsche continuing their 70th anniversary celebrations, you can sure there’ll be plenty of surprises from the manufacturer. One such surprise is this awesome 1965 911 redesigned by famed British designed Paul Smith.

Donning Paul Smith’s signature multi-coloured stripes, this decorative race-ready Porsche 911 made its first competitive outing last weekend, as it took part in the Porsche Classic race at the 2018 Le Mans Classic. But it’s returned to the UK already and is set to be showcased at Goodwood as part of the ongoing celebrations for Porsche’s 70th anniversary.

Officially titled, ‘The Artist Stripe’, the 911 is a personal project of James Turner — owner of Porsche specialist shop, Sports Purpose, and all-around PS fanatic. Along with the help of Tuthill Porsche, who performed the paintjob, Paul Smith’s 911 is embellish with the tonal signature stripes usually seen on Smith’s furniture and clothing. 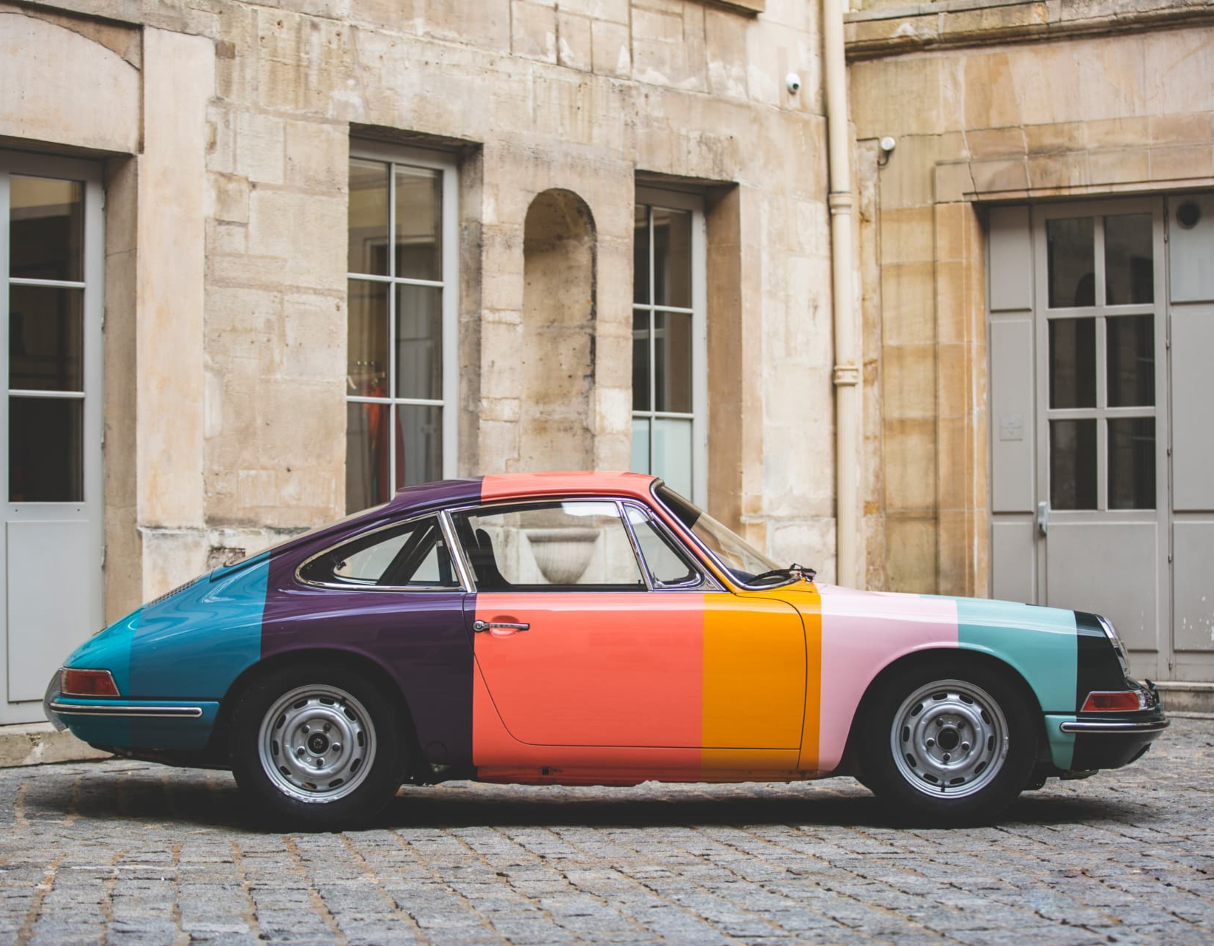 The car sees the colour scheme running throughout the car, both internally and externally, and is continued with a dark green roll cage and petrol blue cushion on the racing seat. Finally, Paul’s signature on the balsawood gear knob adds a finishing touch.

For more on the one-off Porsche 911, head over to Paul Smith’s Website. It’s not the first item to get the Paul Smith treatment this year either. Earlier in the summer, New Balance and Paul Smith teamed up for the ‘Made in UK ONE’ football boots just in time for the World Cup. 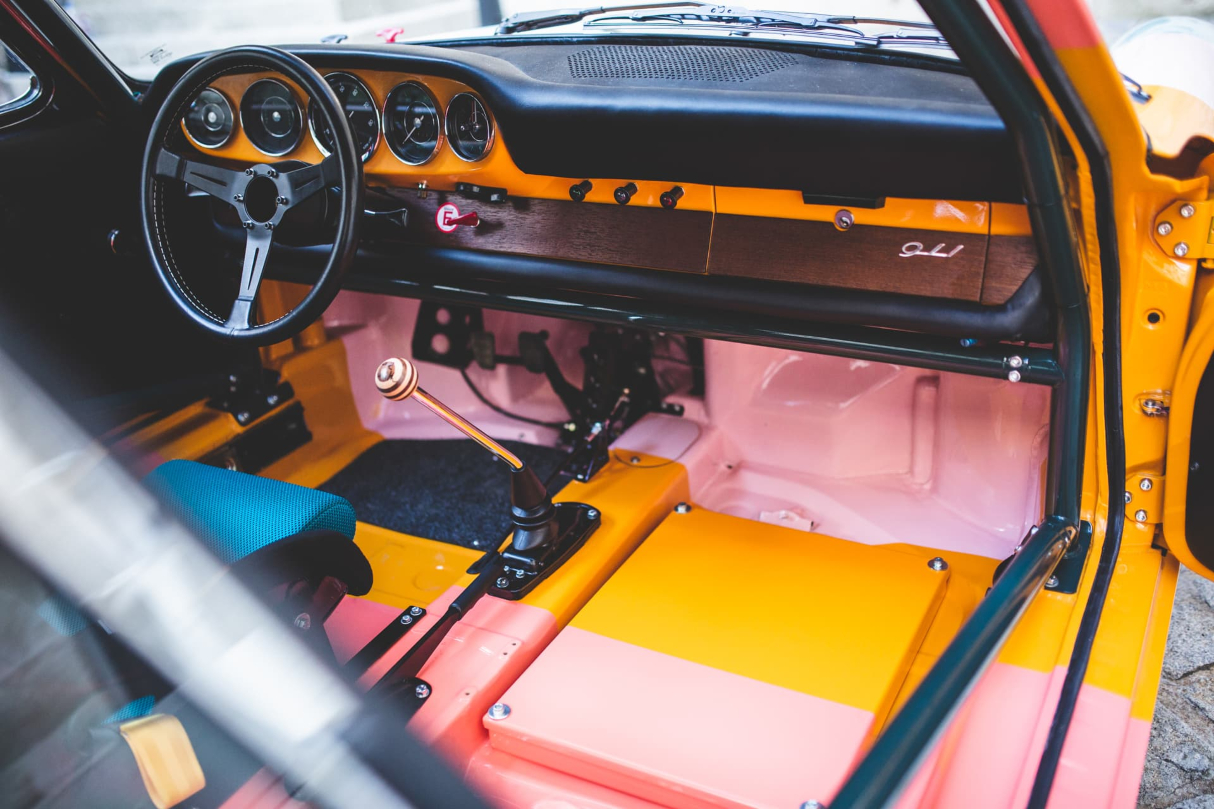 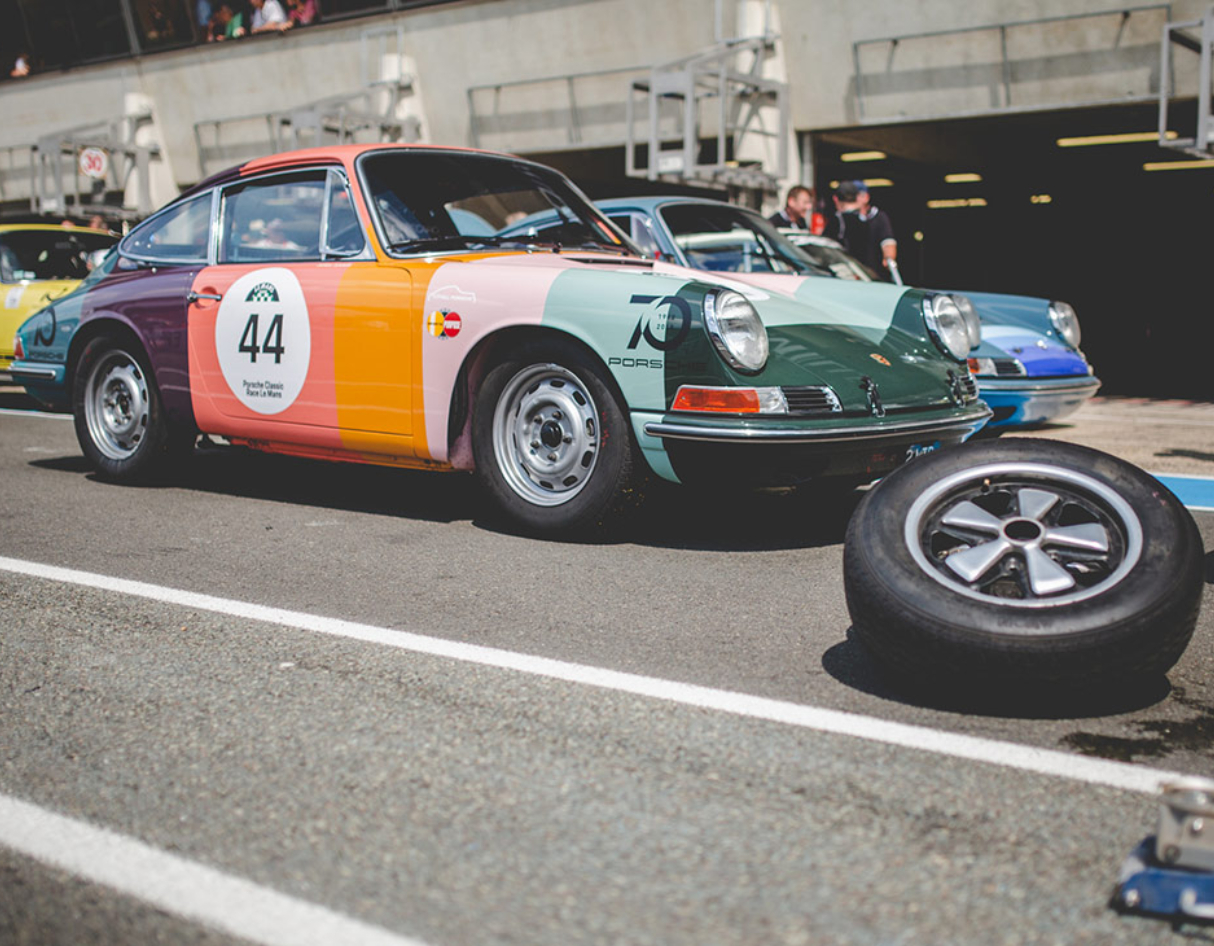 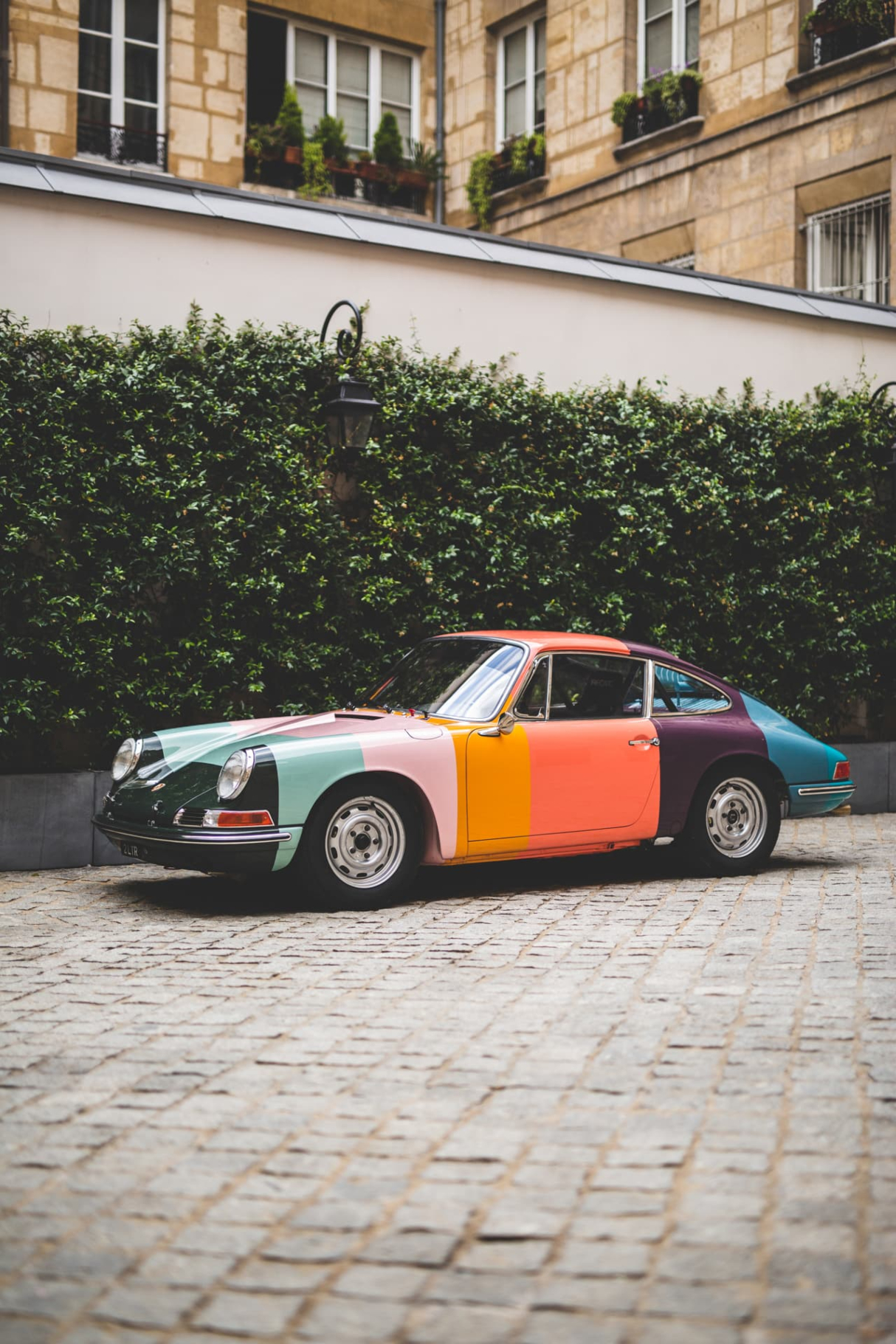