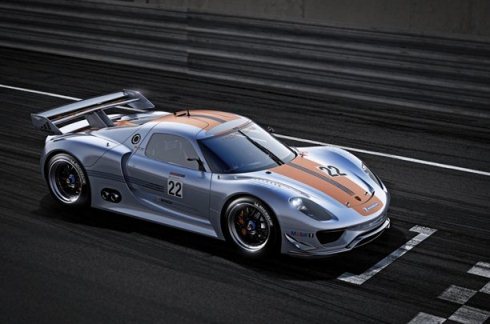 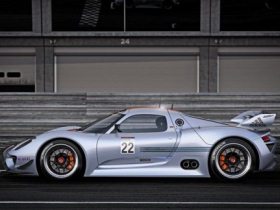 Today marks the first day of the Detroit Motor Show in, erm, Detroit. Although only half way through, steal of the day must be given to those guys over at Porsche. Unveiling the latest hybrid super-car, the Porsche 918 RSR.

The ‘eco-friendly’ (and we use that term as loosely as your nans knickers) super-car produces a massive 756 BHP, with 555 coming from the V8 Petrol and powering the rear, and an additional 210 BHP produced by two electric motors at the front wheels. The six-speed paddle-shift monster also includes a KERS like system which stores energy during braking and allows for a push button extra burst of power.

Made from carbon-fibre reinforced plastic the car is very much a cross between the Porsche’s GT3 R hybrid racing car moulded into the looks of the 918 Spyder. I have to say I think I actually love it, the styling is just amazing and it actually looks like a toy car!

No word on pricing or full performance, but expect to pay loads, and get a mile per gallon equivalent to an elephant. Badge it a Hybrid super-car, but really this is a true super-car… 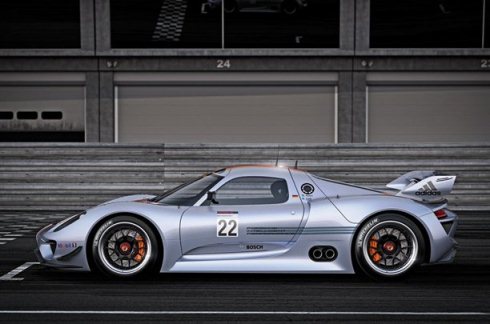 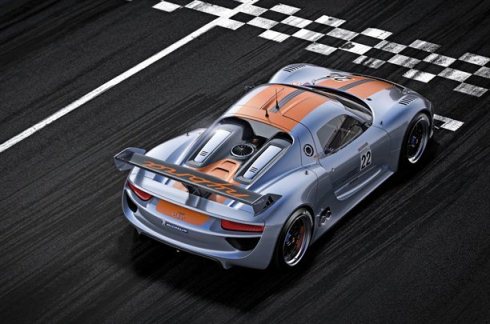 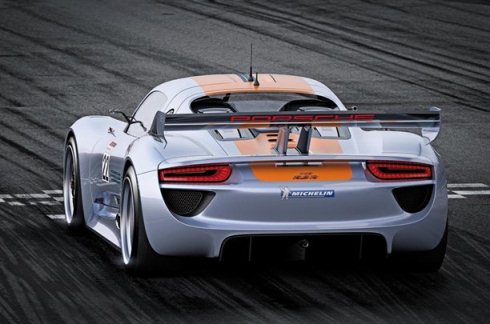