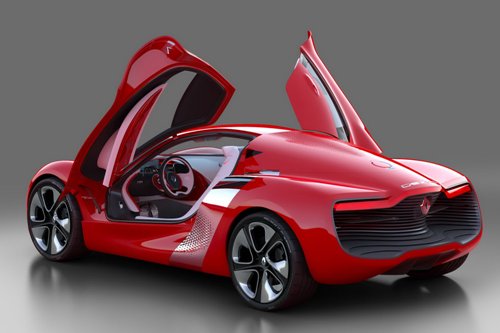 WOW! If I could sum up this car so far, that would be where I would start. Yeah it’s French, which is rather crap but we can always debadge it ;-) The Renault DeZir is like no other, it is the first car to designed by Renault’s new head of design, Laurens van den Acker and for me, he is on to a winner.

Based on a a 148bhp electric motor and all wrapped up in a lightweight Kevlar body which weighs just 830kg the claimed 0 – 62mph on this concept is 5 seconds. But for me this car isn’t about the performance, it is about it’s sheer elegance and style. Sitting on 21-inch wheels, the design and lighting has been matched to a heartbeat (though you could argue knightrider!!). With LED lights along the length of the car, and interior lighting to die for this car is probably one of the visually powerful designs I have seen in a long time.

Now the two-seater coupé is only a concept at present, though rumours are there could be a very limited run if there is enough interest. Axel Breun, Concept car director at Renault was quoted as saying, ‘I could imagine this car for half the price of a Tesla. Why not?‘ Although the 24kW/h lithium-ion battery only has a range of 160km at present, we are pretty sure there would be no shortage of signups… 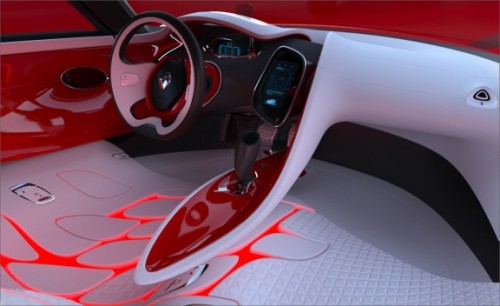 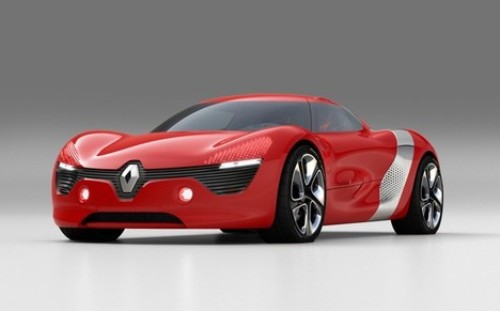