Renault have produced some quirky and cool cars of late, not least the summer fun machine that is the Twizy. Well in similar style, but perhaps a little more ‘year round’, they now give you the Renault Twin’Z Concept. A car brought to us with help of British designer Ross Lovegrove.

There are immediate similarities to the Twizy, and the Twin’Z is a city car with a difference. The all-electric car features rear-wheel drive and a rear-mounted motor, and produces a modern take on a natural design element with free flowing lines tuned in with human existence. The front and rear doors are hinged at opposites and are electrically operated.

The variable sensitive brake pedals are a nice touch, and a harder press produces more light in a vertical axis towards to roof of the car. It certainly is a striking car to look at, and a city runner we would love to get around in! Weighing in at just 980Kg and featuring a top speed of 81mph from the 50Kw motor, though at that speed we doubt you will get 100 states miles of range.

We can’t wait to see if something alone the lines of the Renault Twin’Z Concept comes to our roads very soon. 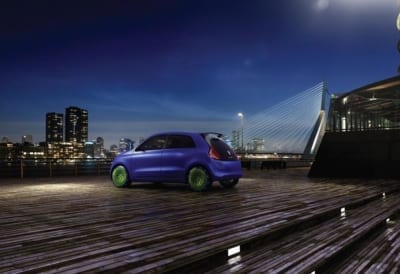 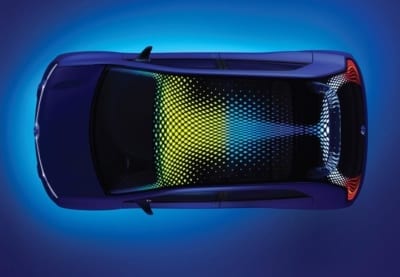 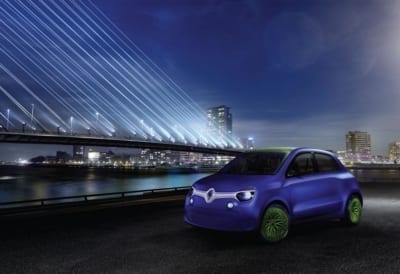