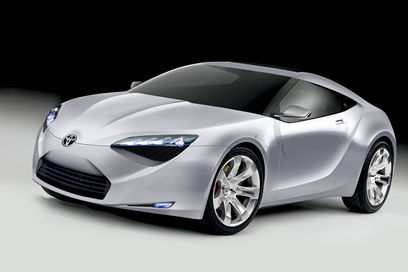 Read the Toyota GT86 Test Drive here.The much loved Toyota MR2 is rumoured to be making a comeback. Toyota is developing a new performance hybrid which would revive the missed sportcar and bring it well into the 21st century. The Mid-engined, Rear-wheel drive 2 seater was first released back in 1984 and quickly became loved the world over as a small, affordable sportscar. The mark 2 was released in 1989, followed 10 years later by the mark 3 until production was halted in 2007. Much of the car’s success was put down to relationship and work with Lotus Engineering and their staff, with help on engines, drives and ride / suspension.

Judging by the leaked pictures, expect more of a compact coupé look and feel, compared to the previous roadster look. Though it should keep it’s rear-wheel drive, but will also include a paddleshift gearbox and a new specially developed Prius’s hybrid powertrain engine.

The new model is promised to boast a blend of looks, performance, economy and low emissions which Toyota hope will rival Honda’s upcoming CR-Z. Toyota’s set benchmarks are to get to 60mph in less than seven seconds, yet return 60mpg and emit less than 100g/km of CO2.

Speaking at the Geneva Motor Show, Toyota executive vice president Masatami Takimoto said: “We are aware of the fondness with which the MR2 is held in the UK and Europe, and are developing a small hybrid sports car.”

“We have set a tough price point (expected to be around £20,000), as it will be easier to sell if it is affordable. It has to be fun to drive, too, which means the hybrid set-up must be different to the Prius’s, with greater responsiveness.”

Currently the main problem seems to be developing the Prius’ powertrain into something more responsive to give the MR2 that sporty feel.