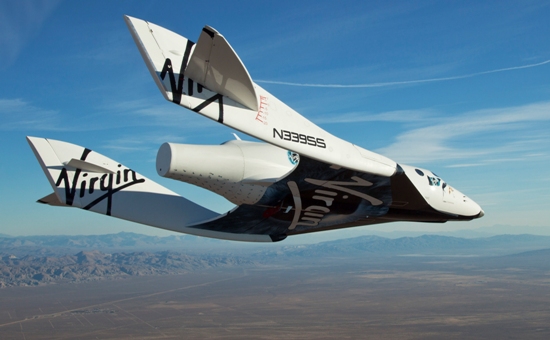 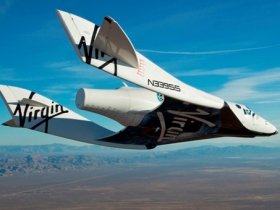 Virgin Galactic’s spaceship, Enterprise, has made its first solo test flight as it gears up to be the first and only ‘public’ spaceship. The test flight took place in California, with Enterprise being flown to 45,000ft by aeroplane, before being dropped and gliding back to earth.

Sir Richard Branson, of course the guy behind the idea and project, was on-site to witness the test and another huge step forward on perhaps his most outrageous idea yet. For the cool sum of $200,000 (£126,000) anyone willing to pay can take a flight and experience a few minutes of weightlessness as the ship goes suborbital. So far over 370 customers have already paid a deposit for the flight.

“This was one of the most exciting days in the whole history of Virgin,” the Branson said. “For the first time since we seriously began the project in 2004, I watched the world’s first manned commercial spaceship landing on the runway at Mojave Air and Space Port and it was a great moment.”

The Enterprise Spaceship will be cable of carrying six passengers and two crew members. Rather than being launched from the ground, Enterprise will be carried by the specially designed plane ‘Eve’ into the air, when it will then be re-leased. The ship will then ignite it’s rocket engine and blast in to space.

The entire flight took about 25 minutes and the two pilots aboard were Pete Siebold and Mike Alsbury who guided the ship back to land. It is expected in future test flights the Enterprise will fire it’s rocket engine.

At present there is no word on when the first customers will climb aboard, however if you are listening Richard, we would be happy to attend a media day… ;-)

Check out the pictures and video, the next flight is planned for next week! 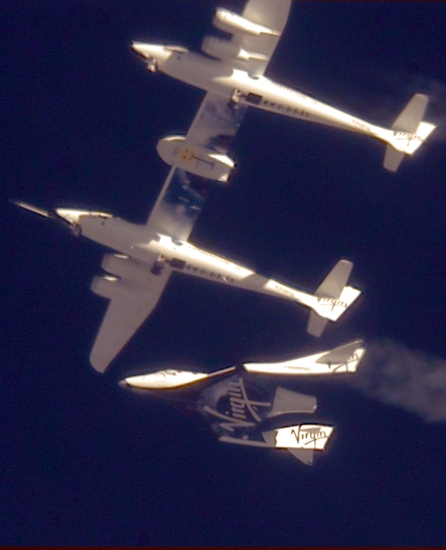 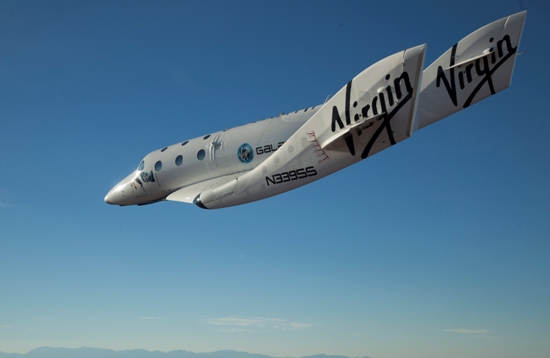