I’m back with another view into the Archives, again going back 20 years to 1990, what did the world have in store back then apart from Mullets and Shell-suits? 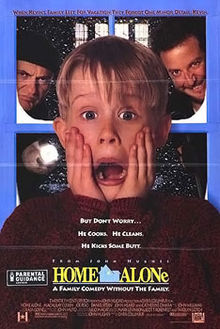 Continuing my sport post for October 1990 another famous British punch up but this time from the world of Rugby.  England vs Argentina at Twickenham, the Pumas are on the receiving end of a beating by a rampant England side.  Jeff Probyn gives young Freddie Mendez a view of the bottom of his boot.  Mendez gets back to his feet, and lamps Second Row Paul Ackford right in the mush, knocking him clean out.  Ackford, who was a policeman by trade, looked like Bambi on Ice when being taken off the pitch and earned him the nickname ‘Glassjaw’ which has stuck till this day.

On the 16th November 1990, Home Alone was released in the cinemas.  Who hasn’t seen this film? The American Comedy about a young boy (Kevin Macailister – Played by Macauley Culkin) being left at home whilst his parents go on Holiday.  Madness ensues when the local thieves decided to rob their house.  Kevin devises many traps to thwart the robbers and the whole family get home in time for Christmas (Hooray!). A Pretty dubious storyline but nonetheless a hilarious feel good movie which some could say either Made or Destroyed the young Culkins Career.  I have no doubt that it will be on TV in the run up to Christmas, so make sure you watch it.

In Music the Righteous Brothers decided to damage everyone ears by releasing Unchained Melody to the masses, which went straight to number one and spawned many covers by other Artists, Idiots. 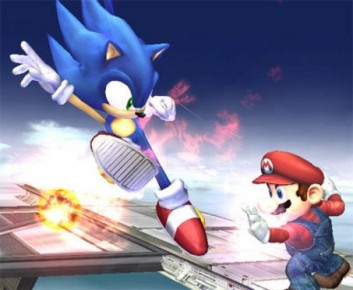 November 1990 saw the kick off of one of the biggest battles for gaming supremacy which has yet to be rivalled.  Before Sony and Microsoft decided to throw the hat into the console ring.  The main men were Nintendo and Sega.  The latter releasing their Mega Drive console to the Euopean market that month – 2 years after its release in Japan.  The former debuted their ‘Super Famicom’ system to the Japanese masses (Later to be re-branded as the Super Nintendo Entertainment System (SNES) to the rest of the world).  The Mega Drive struggled on its release, due to the fact that the games were sub-standard as to what was expected.  However ported arcade games such as Altered Beast and Golden Axe helped the console along until the release of Sonic The Hedgehog in 1991.  This caused the popularity in the mega drive to soar.  As the blue hedgehog provided a focal point and mascot to the company.

The Super Famicom went on release in Japan that same month was an instant hit, despite having only 3 games available at launch.  It went on to be one of the most successful console of all time and is still fondly remembered by gamers and gave birth to popular franchises (Mario Kart!!!!!!!) that are still loved and played today.

By the end of both consoles life, the SNES managed to sell just under 50 million units worldwide, where the Mega Drive 41 Million.  That’s a hell of a lot of plastic!

That’s all from me, catch me next month for my Christmas Special!