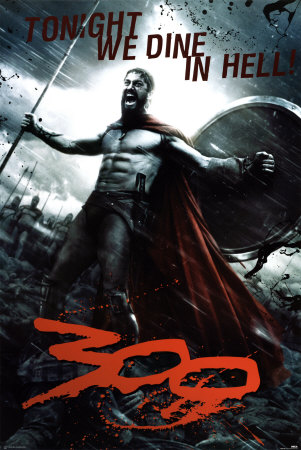 It seems a few rumours are flying around about a sequel to the Frank Miller epic, 300. Although unconfirmed and a long long way off, Miller (300, Sin City, Watchmen) has recently completed the first draft of the 300 followup graphic novel which could be a new Warner Bros. / Legendary Pictures project.

Since 300, Warner Bros. did bring Miller’s Watchmen to the big screen, but with mixed reviews only saw a box office take of a touch over $107 million in the US. Which, when compared to 300’s $460 mill global gross is pretty small.

Comic-Con is in it’s first day today and no doubt the followup to 300 will be one of the biggest topics of conversation.

More updates as we have them.