We’re always on the lookout for something new and exciting here at Average Joes but we didn’t ever think we’d come across something as unique as the offering of ant gin. You’re probably now thinking, “Surely Joes doesn’t mean actual ants in actual gin?” Yes. Yes, we do. Introducing Anty Gin!

The Red Wood Ant (Formica rufa), which is found in forest all across the Northern Hemisphere, communicate using a ton of chemical pheromones, which allow them to form large colonies, and they defend their complex communities by producing formic acid in their abdomens and spraying it in the direction of any invader. This formic acid is a very reactive compound in alcohol, serving as an agent for producing various aromatic esters. Obvious when you think about it!

The product is the culmination of a joint venture between experimental Copenhagen-based Nordic Food Lab and the world’s first gin tailor, The Cambridge Distillery, with the pair hoping to introduce something different gin to the market… We’d say they’ve done that! 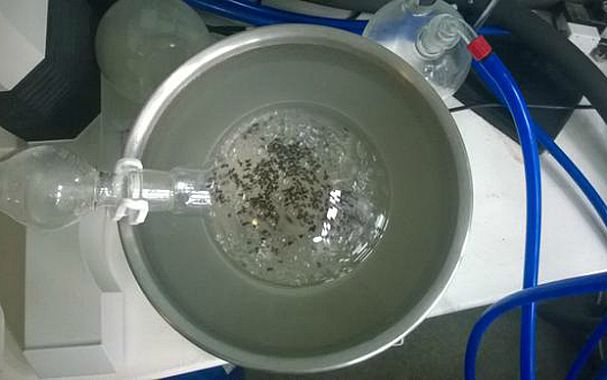 Over six thousand Formica rufa have been foraged and preserved by Forager, a team of wild plant specialists and each bottle of Anty Gin contains the essence of approximately sixty-two wood ants. Don’t worry, though, there’s other normal stuff in it too, including wood avens, nettle and alexanders seed.

The Cambridge Distillery is the world’s first gin tailor, using unique methods to create bespoke gins for individuals, organisations and institutions. Only 100% organic grown English wheat has been used for the spirit, and every distillation is carried out just one litre a time. Each bottle has also been labelled by hand with The Cambridge Distillery’s 1924 typewriter.

The first commercial batch of Anty Gin only produced ninety-nine bottles so has naturally already sold out. But Batch 002 is ready to go and bottles are now available through Hedonism Wines and Selfridges with a bottle setting you back around £220. If you want to read more before you take the plunge, get over to the Cambridge Distillery Website for more details!