For hundreds of years, Joes have been perfecting the art of making and drinking cups of Joe. Now one of the most popular beverages in the world, coffee has undergone somewhat of a resurgence in recent years, moving on from instant coffee granules popularised for decades to more luxurious forms of the stuff, both hot and cold.

So quickly has the coffee revolution risen, it can be hard to keep up. Whether you’re heading to a coffee shop or simply using your machine at home, learning your coffee beans can be a daunting prospect – especially if you’re not a caffeine connoisseur. So we’re here to help the coffee novices out there with our Beginners Guide to Types of Coffee.

What Is An Espresso?: If you want to learn your coffee lingo, the first place you need to start is with the humble espresso. It’s one of the purest forms of coffee going and is the starting point for a load of other versions of the stuff. Made by forcing steam through coffee beans at high pressure in a machine, a perfectly brewed espresso will come out golden-black and should have a thick brown crema (foam) sitting on the surface of the drink.

How to Drink An Espresso: If you want to fit in with the java junkies, you’re only really allowed to add a little bit of sugar to your espresso. That’s it. You can, however, have it ‘short’ (with less water) or ‘long’ (with more water).

What Is A Macchiato?: A macchiato is one of the simpler coffees on our list to explain as it’s simply an espresso with a small amount of milk on top, usually foamed. The word itself comes from the Italian word meaning ‘to stain.’

How to Drink A Macchiato: A macchiato is usually served with a lovely little pattern on top – yes the ones you see all over Instagram.

What Is An Cappuccino?: The cappuccino is a staple for any coffee shop with the true Italian classic consisting of a combination of equal parts espresso, steamed milk and milk froth. It’s also very easy to make if you have your own coffee machine / capsules such as gourmesso capsules.

How to Drink A Cappuccino: While a true cappuccino must have the three-part combo, you can get a little creative and use of cream instead of milk, and many drinkers ask for a ‘skinny’ which just means skimmed milk is used rather than semi- or full-fat. Flavouring is also not uncommon in a cappuccino with cinnamon or chocolate powder often used.

What Is An Cortado?: If a cappuccino is too much of a milky overload or an espresso is a little too strong, a cortado is a great alternative. Derived from the Spanish word for ‘cut’ (‘cortar’), the cortado is an espresso ‘cut’ with approximately the same amount of steamed milk.

How to Drink A Cortado: Much in the same way a cappuccino, a cortado can be made with cream and can also have flavouring added. 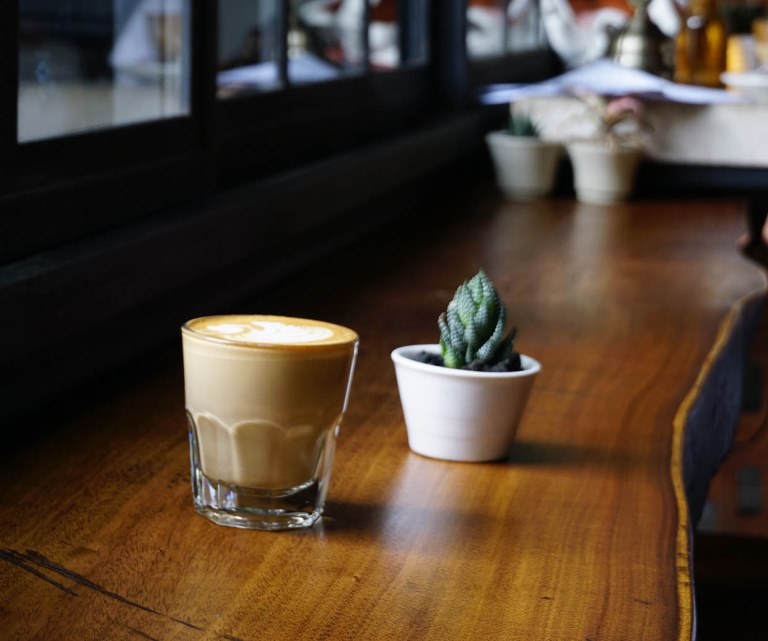 What Is An Americano?: If you want to be done with the milk altogether but don’t like your coffee as strong as an espresso, an Americano is the coffee for you. Made by adding a single shot of espresso to a cup of hot water, the name is thought to have originated as almost an insult to Americans, who liked to dilute their espresso when it first made its way over the Atlantic.

How to Drink An Americano: Many drinkers of the Americano will add milk and sugar, just like a regular brewed coffee, but connoisseurs suggest that keeping additives to a minimum is the only way to experience the true flavour of the coffee bean.

What Is A Latte?: A latte, or ‘caffe latte’ to give it its full name, is another coffee shop favourite and consists of a single (though do check) shot of espresso to three parts of steamed milk.
How to Drink A Latte: A ‘latte’ is often confused with a ‘flat white’. As far as we can tell, while similar, the ratio of milk-coffee is the difference with less milk and more coffee used for a flat white. In essence, the coffee is the star of the show for the flat white, while the milk in the star of the show for the latte.

What Is A Mochaccino?: Sometimes called a ‘caffe mocha’ or a ‘mochaccino latte’, the mochaccino is one for the indulgent coffee lovers out there. Put simply, a mochaccino is a latte with chocolate bells on – either chocolate syrup or chocolate powder, often both.

How to Drink A Mochaccino: There are numerous ways in which you can enjoy a mochaccino with each coffee shop having their own version. It’s sometimes even topped with whipped cream which makes a great alternative to a dessert.

Prefer to look at a visual aid? Check out this from LatteArtGuide. 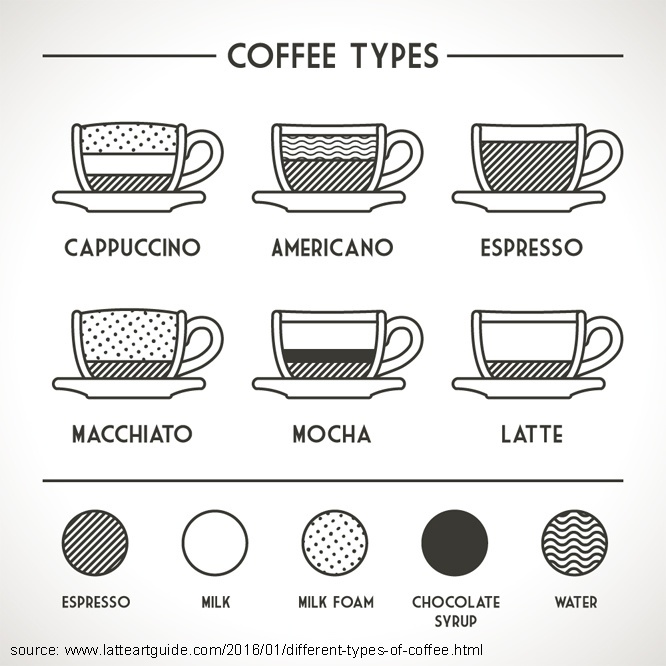 If coffee isn’t your thing but you need a daytime tipple, why not check out our guide to alcohol free beer.