To celebrate National Fish & Chip Day on 7th June 2019 – yes, it is a thing – and to mark the occasion we’re celebrating the greatest coupling since Pie & Mash. While Fish and Chips is one of the country’s most popular dishes, it’s also one of the hardest to get right. With chicken shops offering up greasy mediocrity on every corner, our nation’s capital suffers on the quality front more than most. But fear not – there are still some pearls in the sea of chippys and we’re here to tell you the best of them. So without further ado, here’s our run down of the Best Fish and Chips haunts in London!

The first on our list is Poppies, located at Spitalfields. This retro-styled gaff is a throwback to the good old days of East End London and as such is crammed full of 1950’s memorabilia from the era. While it looks the part, the quality is also top notch too with chunky fillets of fish covered in crisp batter as far as the eye can see. And to celebrate National Fish & Chip Day, Poppies have teamed up with Sarson’s Vinegar to create a ‘Vin & Tonic’ cocktail; a quirky twist that pairs perfectly with a classic Fish & Chips. They’re also giving away cocktails to the first 100 visitors for free! 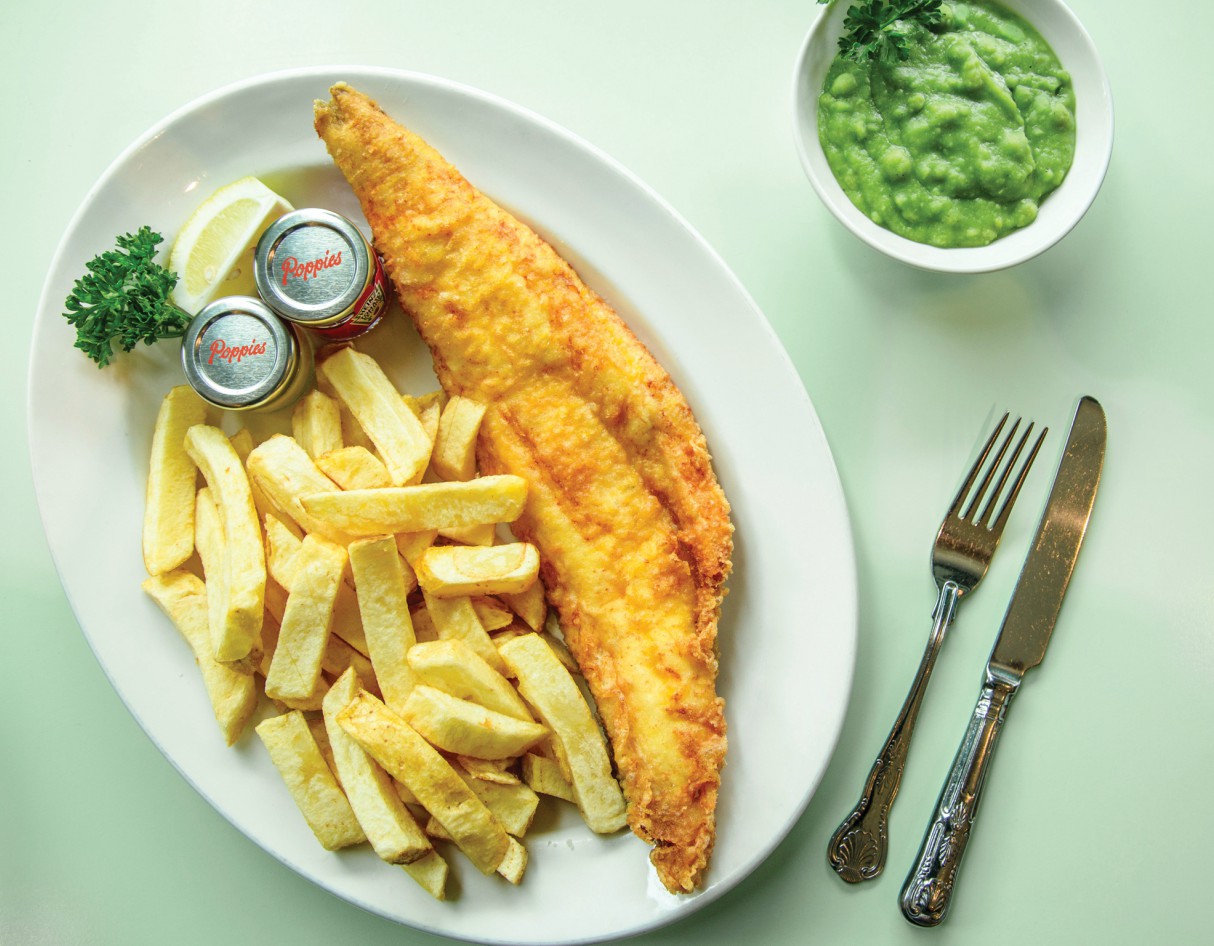 Bonnie Gull is probably the epitome of London’s gastronomy trend in recent years. What started as a seafood pop-up has now resulted in two Seafood Shacks – one in Fitzrovia and one in Soho. While this is a seafood bar – and as such sells mussels and the like – their beer battered North Sea haddock and beef dripping chunky chips might be some of the best we’ve had in London. The batter has a modern twist and is made using a Japanese tempura mix so it’s extremely crispy. Homemade ketchup and mushy peas finish off your meal and the seaside decor is perfect for the occasion. 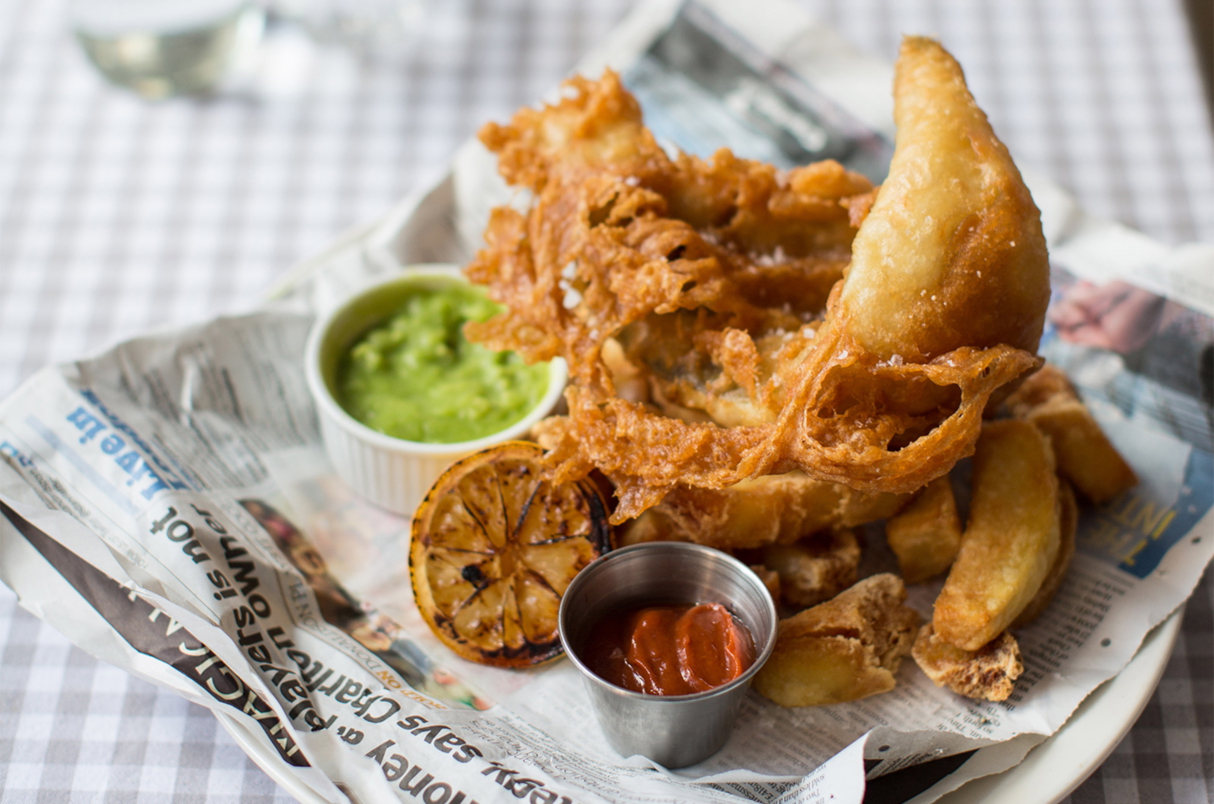 Believe it or not, back in 2016 TripAdvisor’s ‘Best Restaurant in London’ title didn’t belong to Le Gavroche or The Ledbury, but instead it was a humble chippy in Greenwich which took the crown. It may not hold the crown any more but The Golden Chippy is still very much worth raving about. The fish is fresh and fried to perfection, with a nice and thin crispy layer of batter, while the chips are golden crispy from outside but soft and mushy on the inside. Perfection, you could say. 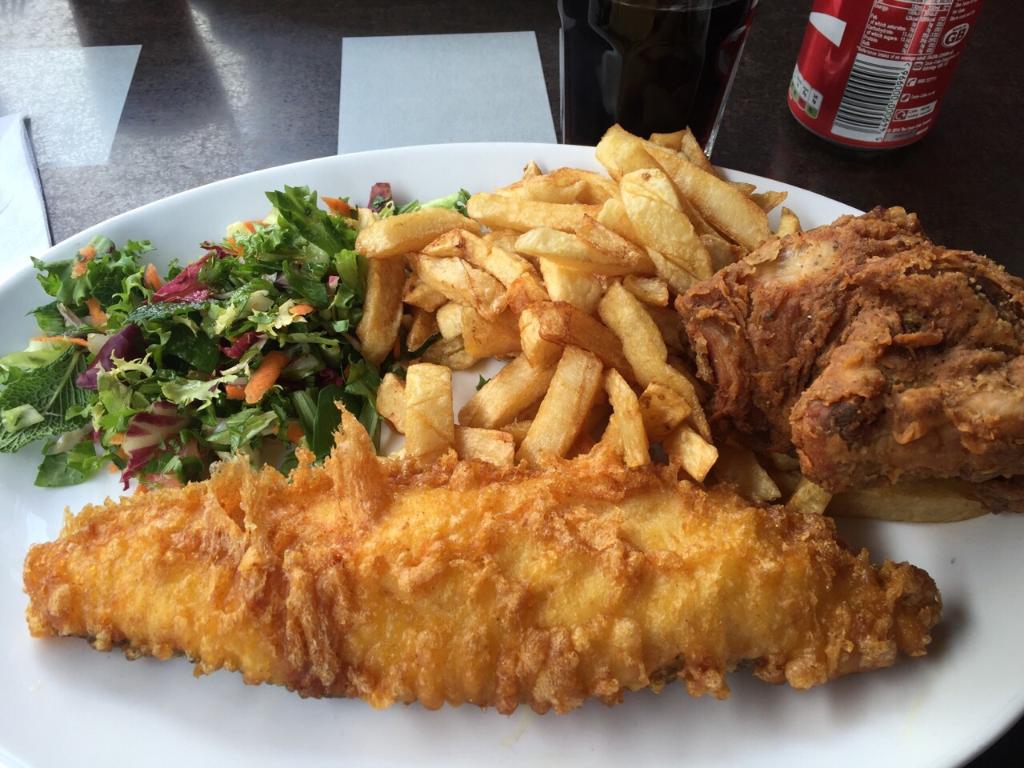 One of the more modern chippies on our list, Hammersmith’s Kerbisher and Malt offer arguably the best fat crisp chips around, while all their fish is fresh and from sustainable sources. Unlike many haunts, they also cook fish to order so it isn’t left to dry out under the lights. So committed to transparency that Kerbisher have even installed a CCTV in the kitchen so the dining room can watch their meal being prepared. 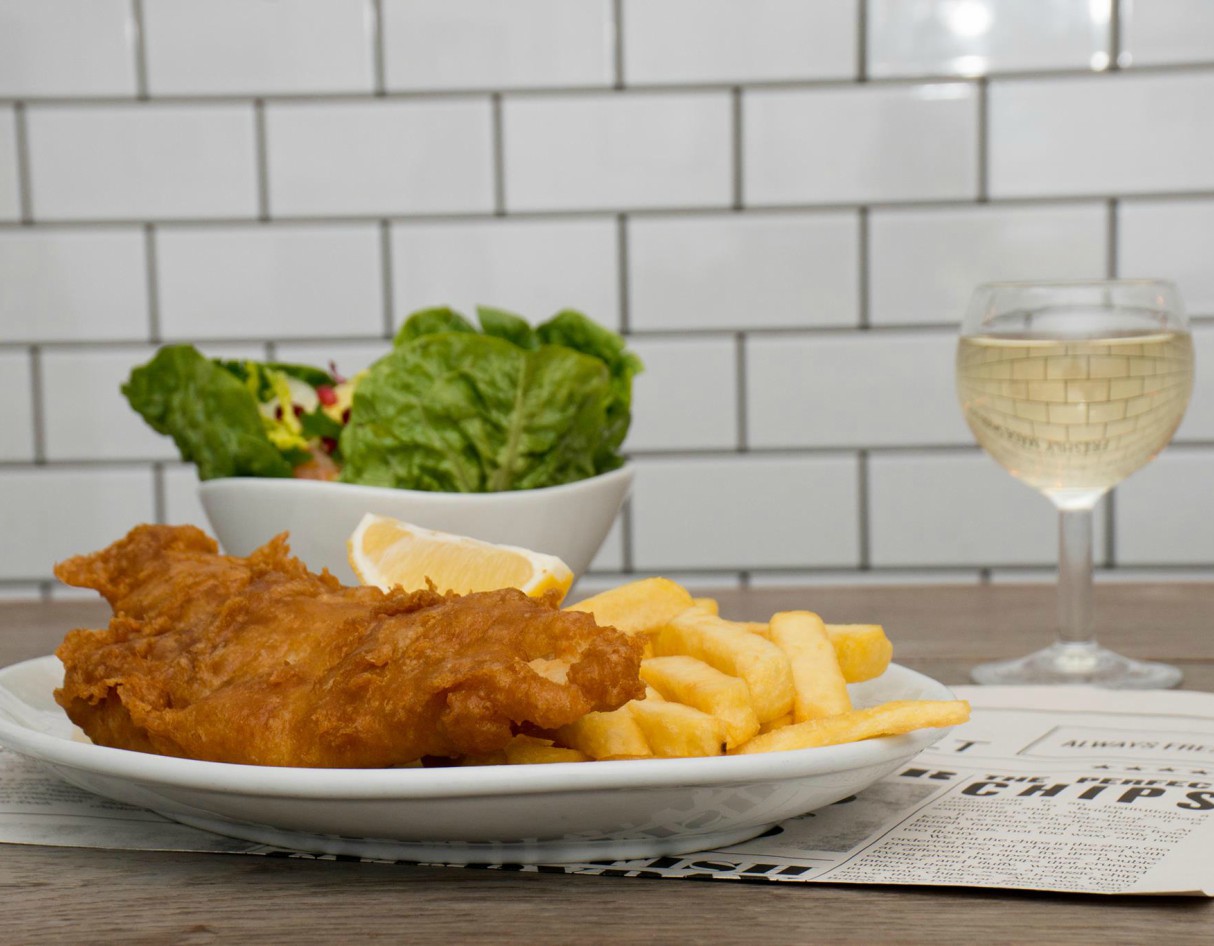 One of the oldest haunts on our list, The Golden Hind in Marylebone has been serving fish and chips to Londoners since 1914, so naturally they’re very good at doing it! It’s one of the most authentic shops you’ll find in the capital in terms of setting and the fish and chips don’t let the place down. The similarly authentic London boozer The Golden Eagle is only down the road too and we suggest you hit it after for some Mother Brown-style piano singalongs! 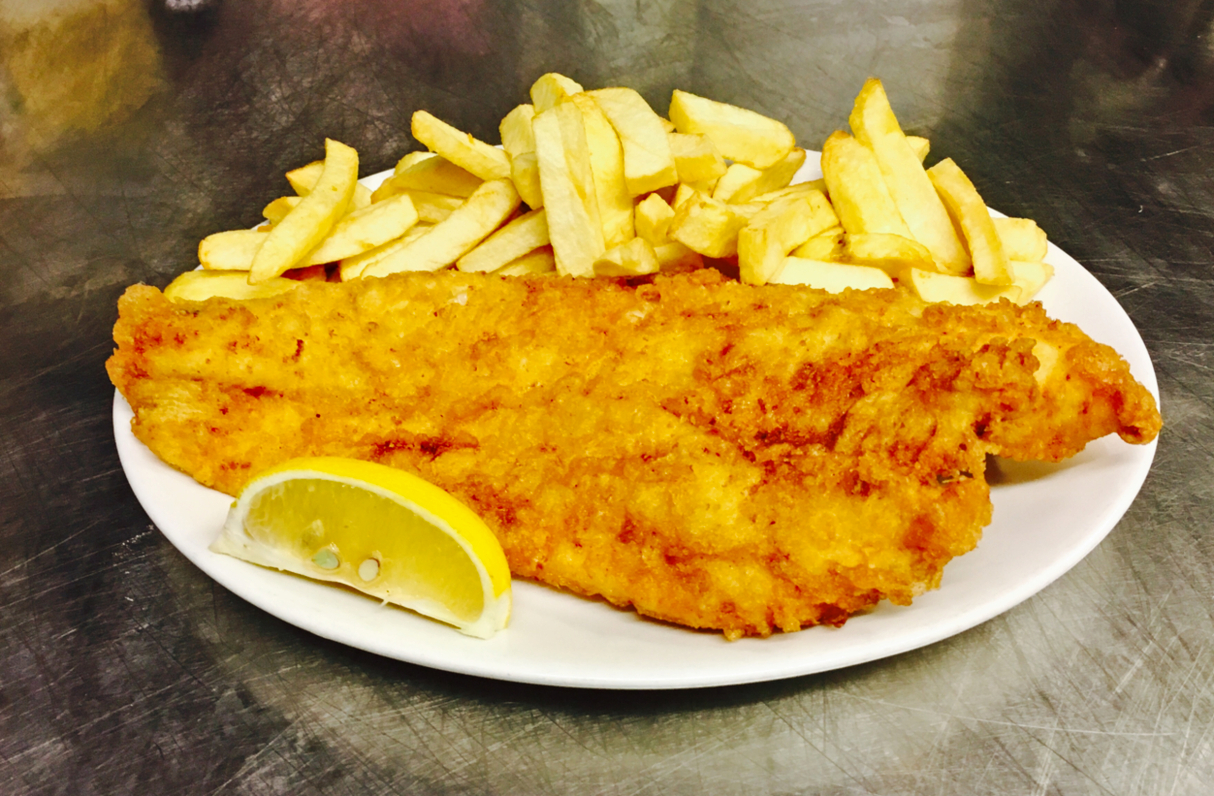 If you’re looking for something a bit different, Hook Camden will be right up your street. Their different approach to fish and chips is built on the concept of lightening the product and adding colour and flavour. As such, the menu consists of things like Jerk Fish with Spicy Mango Ketchup. Fresh fish is delivered from Cornwall daily and their chips are house-cut, cooked at two different temperatures and finished with seasoning from homemade seaweed salt. We did say it was different! 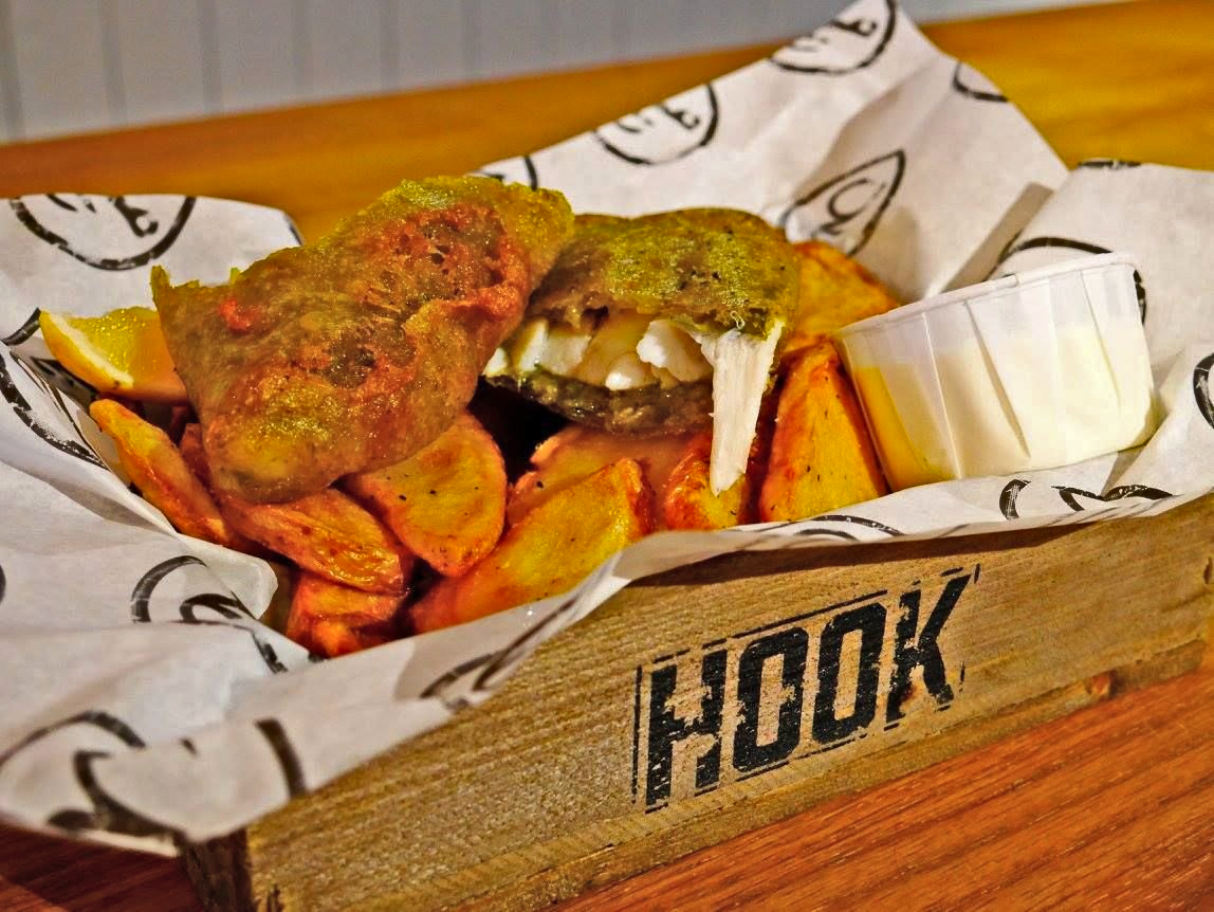 It might be in the middle of nowhere for London’s standards but Toffs of Muswell Hill is an absolute must if you ever get the opportunity, having been voted Best Fish and Chip Shop in the UK on more than one occasion since opening in 1968. You won’t find anything different in the sense of combinations or techniques, but you will get fresh and chunky fish, crunchy and grease-free batter, and crisp and fluffy chips. It might be the best, you know? 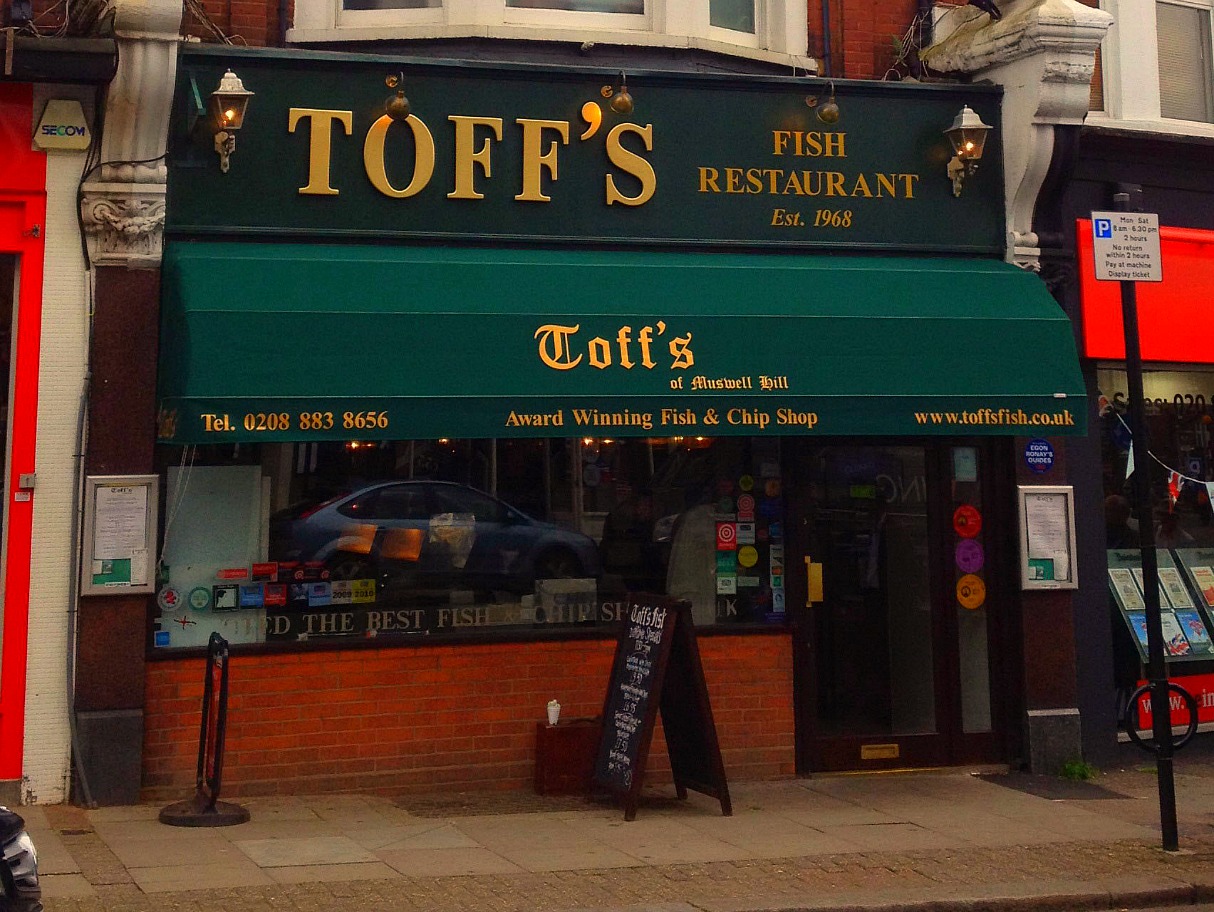 One of the best haunts if you’re looking for something quick and clean centrally, Golden Union is a bit of a Soho gem. It may be retro in feel, but the concept is most definitely forward-thinking with beer-battered, sustainable fish the catch of the day. Importantly, they also change their oil up to eight times a week, to ensure the freshest, tastiest dishes. They serve up some sensational homemade pies and fishcakes too if you want to change things up a little. 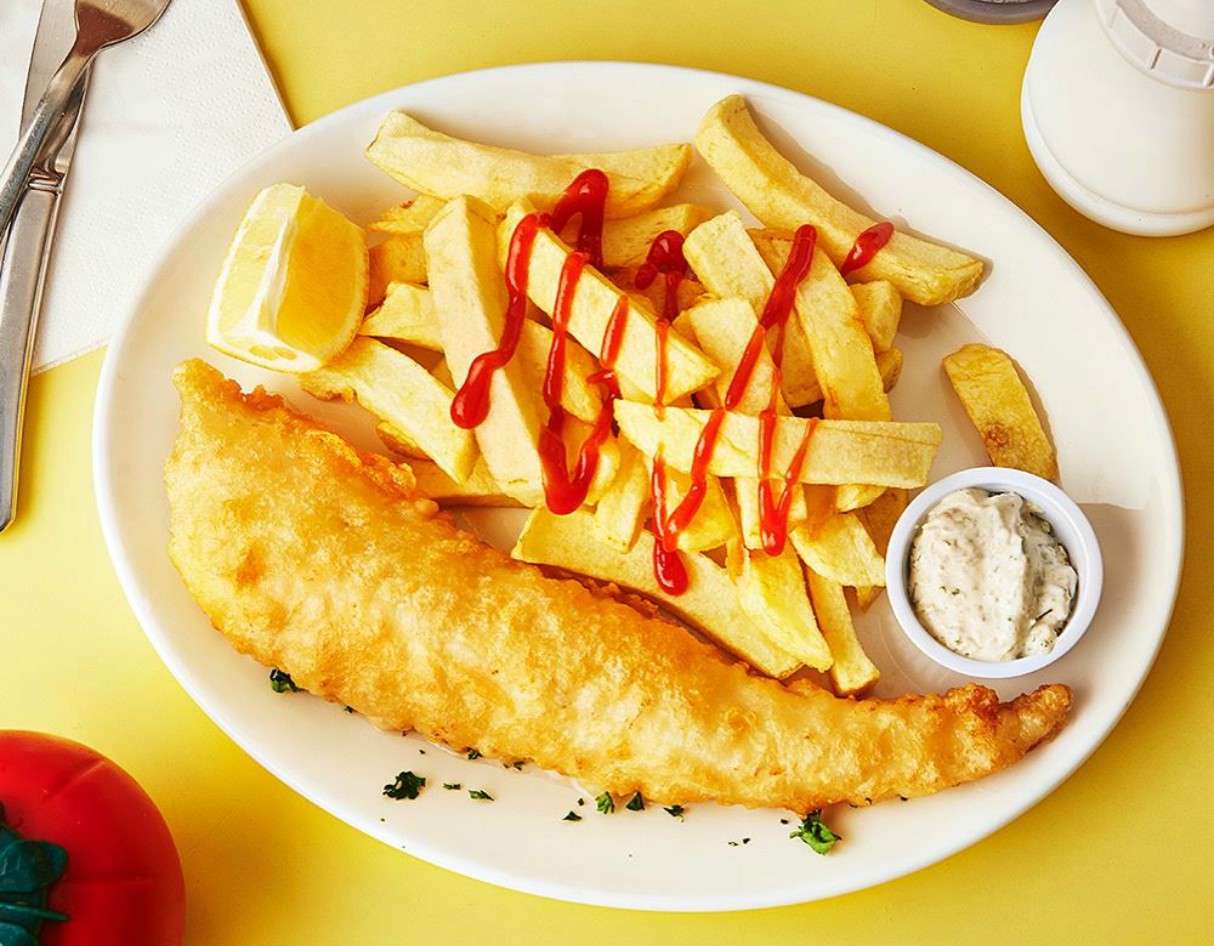 If it’s quality and options (even vegan) you’re looking for then look no further than Stoke Newington’s Sutton and Sons. The owner, Danny Sutton, also runs a fishmongers in the area, so you know you’re truly getting the catch of the day. But while the flaky white fish is superb, it’s the array of options we like; whether it’s local craft beers or the range of pickles on offer. Not only that, they even cater for vegans with a banana blossom ‘fish’ fillet which has been marinated in seaweed and samphire and then deep fried in batter for a real fish and chips taste and texture. Sutton and Sons also have branches in Islington and Hackney Central. 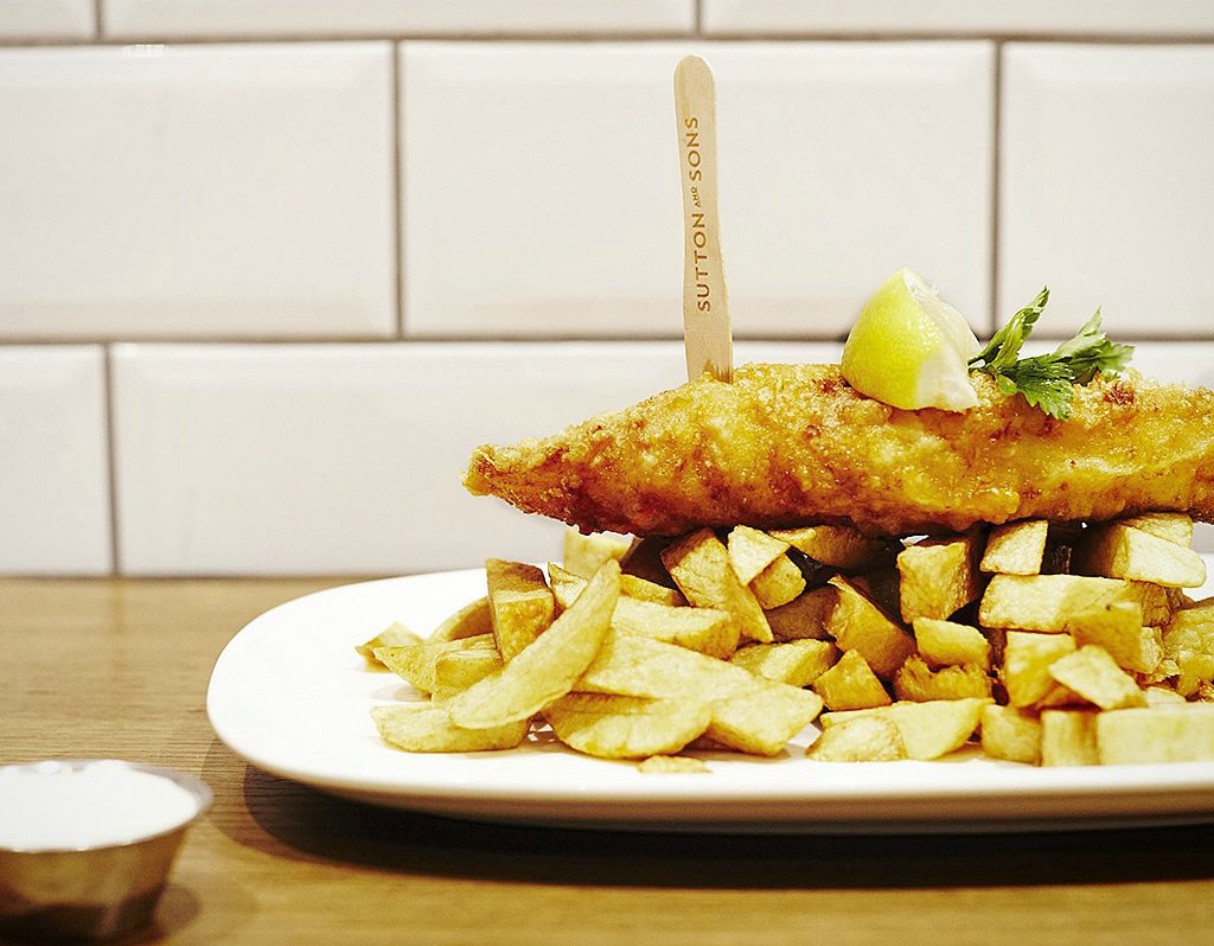 While not the oldest, Fish Central in Clerkenwell is a certified institution for Londoners and it has been for over 40 years. You might not think so from its appearance – which seems to have stayed the same since its opening – but Fish Central is universally considered to be one of the best around. Serving seafood that ranges from sardines to oysters, the restaurant uses the freshest supplies you can find and you can really taste the difference in their signature cod and chips. 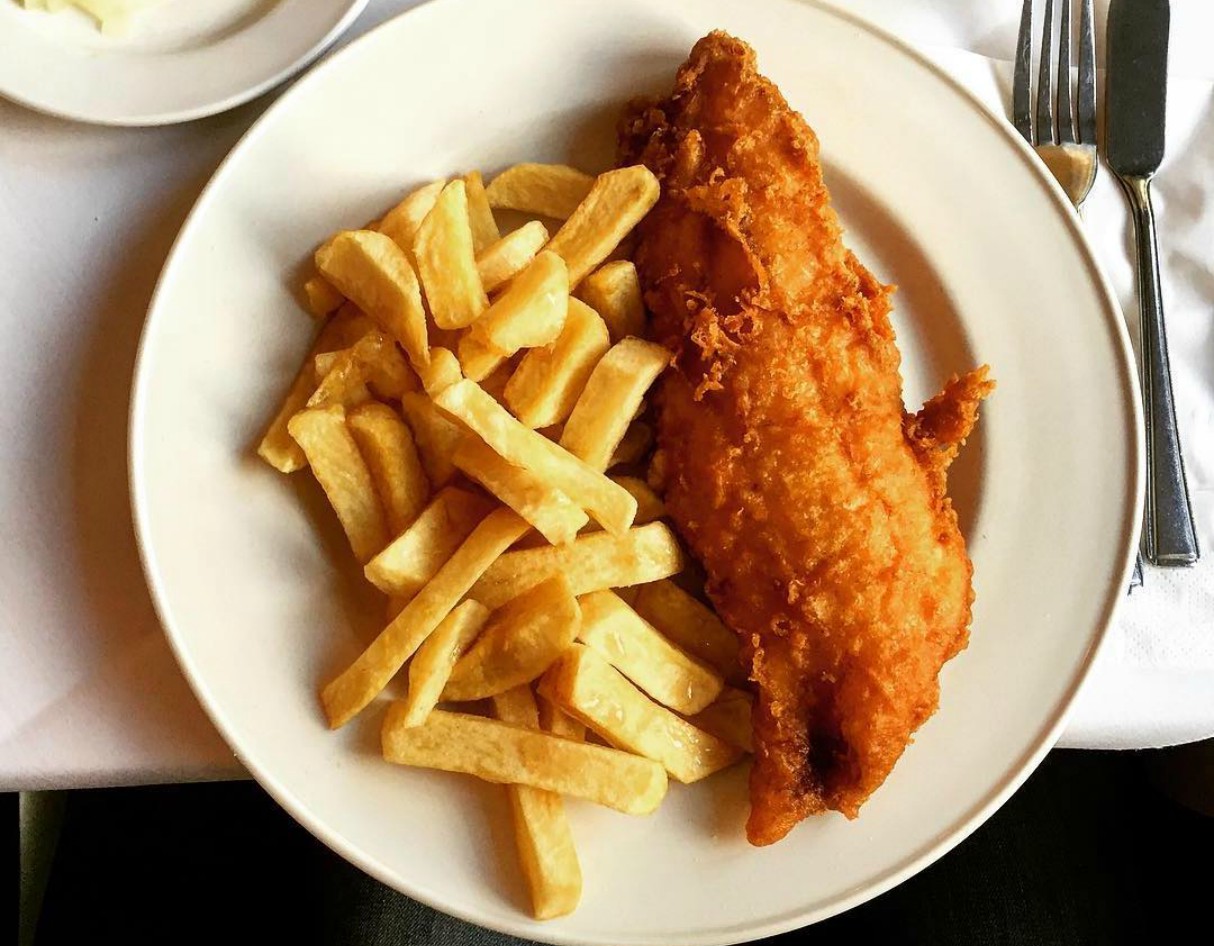 For those of you who live further North, here’s our run down of the Best Fish and Chips Shops in Manchester!