It’s officially National Curry Week! Running from 7th-13th October, we don’t know where it came from or what the rules are but we certainly don’t need an excuse to get down to our local curry house. So to celebrate, we’re giving you a run-down of what we think are the best curry houses in London, featuring both cheap & cheerful and high-end!

Founded over 40 years ago, Tayyab’s in Whitechapel has gained a fearsome reputation in London among young Joes who want to mix an evening out with a damn good curry. The family owned restaurant originally started as a small café and has since taken over the pub next door. It serves the finest in Punjabi cuisine including exquisitely spiced curries to Tayyab’s world renowned mixed grill and sizzling lamb chops. Be warned, this place is loud and gets busy with a capital ‘B’. Without a booking, expect to wait up to an hour for a table. It’s still worth the wait. 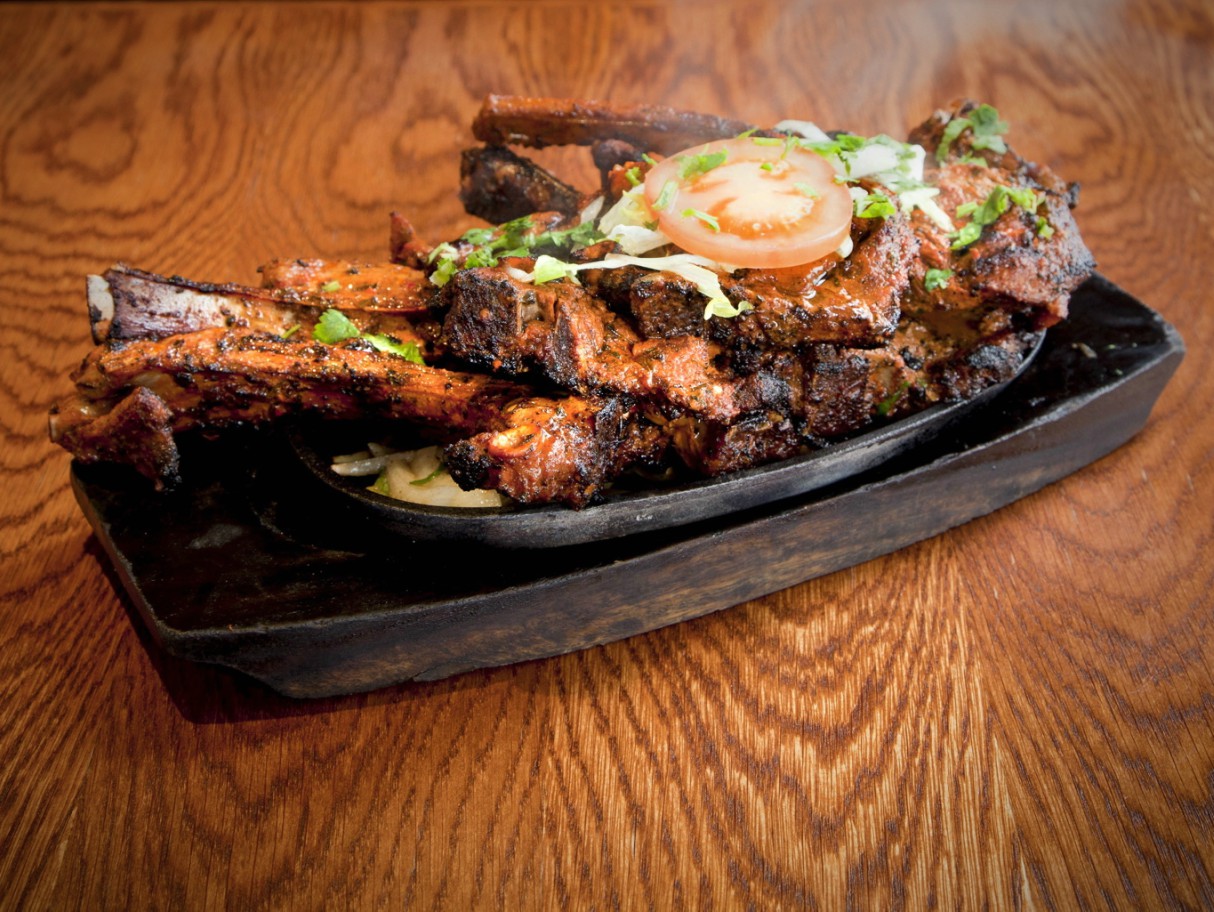 If you’re in the mood for something a little more upmarket, the Cinnamon Club in Westminster is London’s go-to haunt. Serving creative modern Indian cuisine, the Cinnamon Club is set in the historic Grade II listed former Westminster Library and is famed for its take on game classics and delicately-spiced fish dishes. Their tasting menu is worth a mention here, giving Joes a broad range of flavours and experience, while their set menus make things all a little bit more affordable if you’re on a budget. 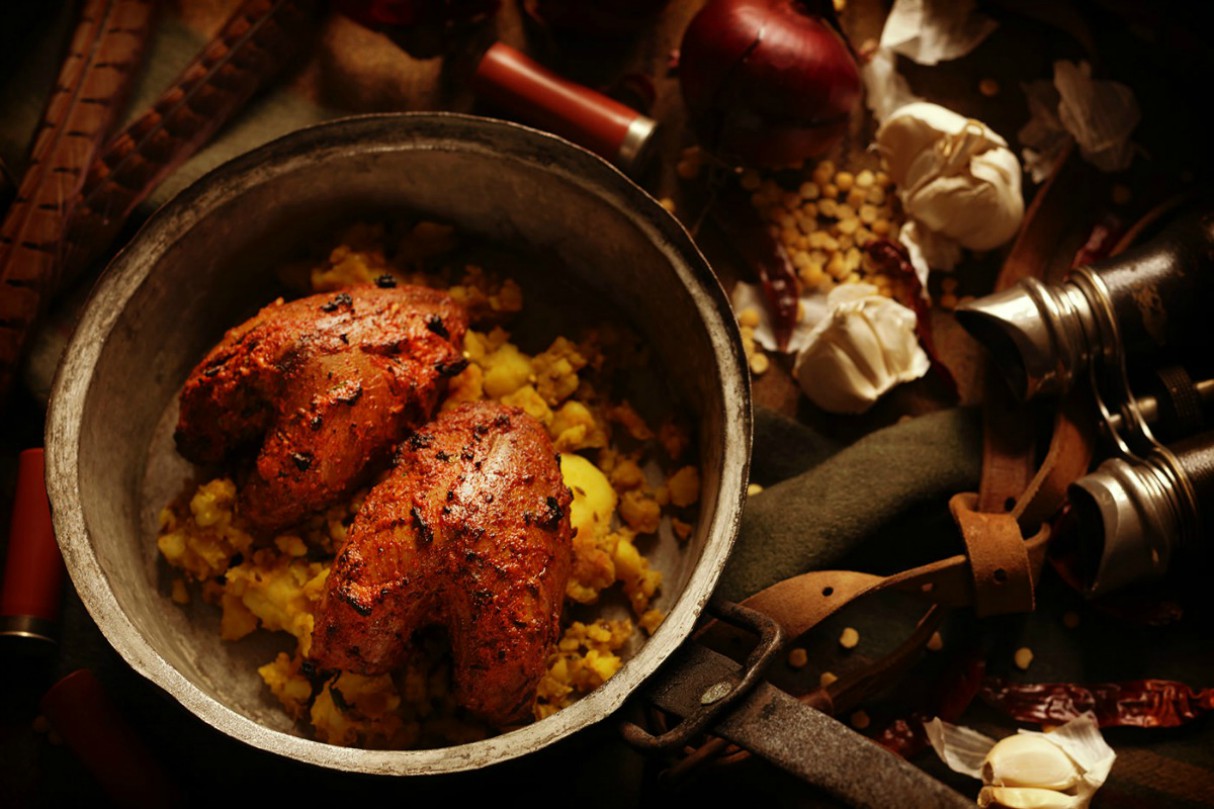 If it’s meat you’re after, look no further than Tandoor Chop House. Fusing the characteristics of North Indian communal eateries and classic British chop houses, Tandoor takes premium cuts and serves them from tandoor ovens, with Indian spices and marinades elevating things to a whole new level. The food is hearty but it’s no less skilled than even higher end curry houses. 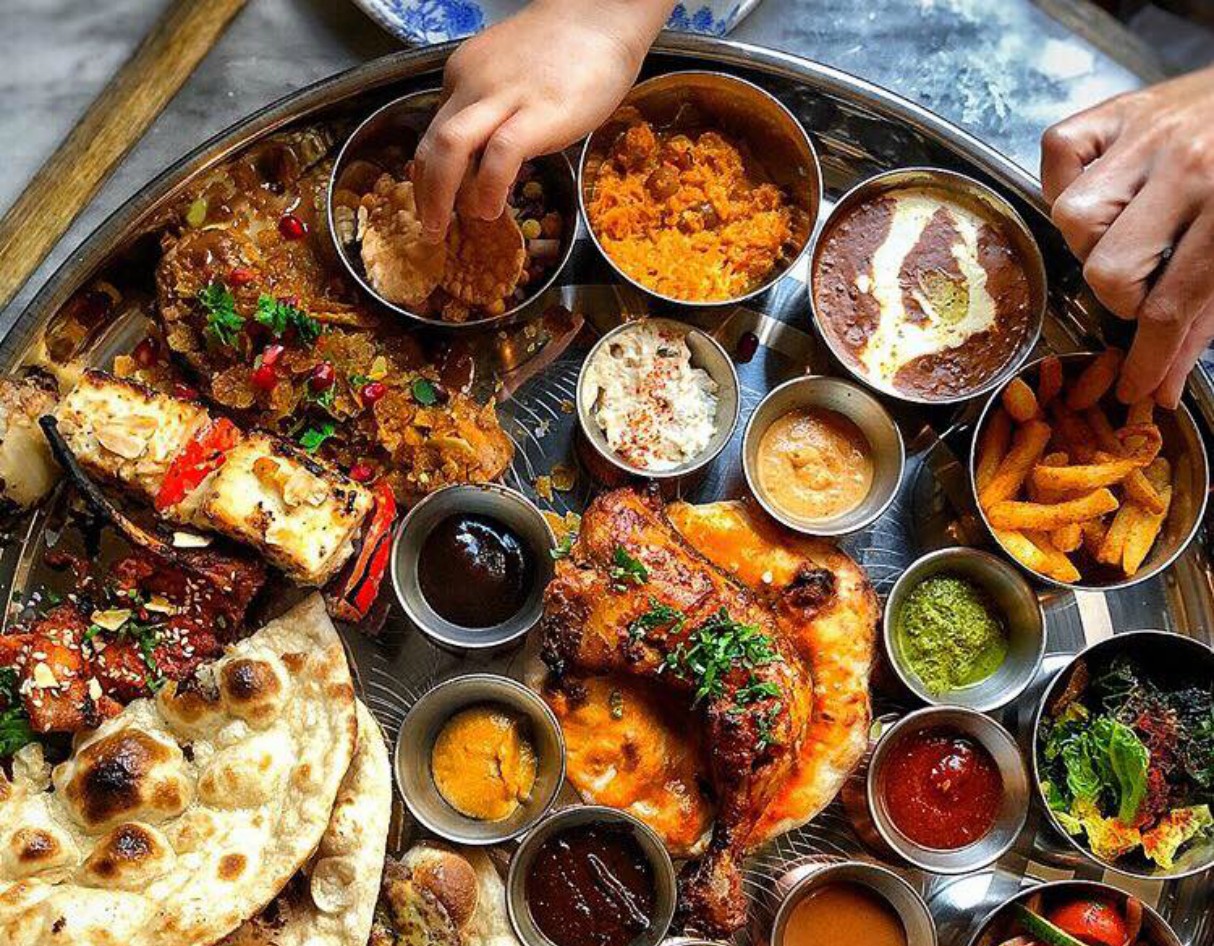 For us, Lahore Karachi is one of the London curry scene’s real secrets. Located in the heart of Tooting and a 4 minute walk from Tooting Broadway Station, Lahore Karachi looks more like a deli from the outside but believe us, this is some of the best curry you’ll find South of the river. Serving stunning Pakistani dishes at brilliantly low prices, Lahore is unsurprisingly a firm favourite with locals. As it’s a Pakistani restaurant, alcohol isn’t sold on the premises but they’re more than happy for you to grab a four-pack from the corner shop next door. The Seekh kebabs are sensational and we recommend you try the Chicken Karachi, an authentic tomato and green-chilli based dished. Be warned the curries are all a notch hotter than you’d usually get… 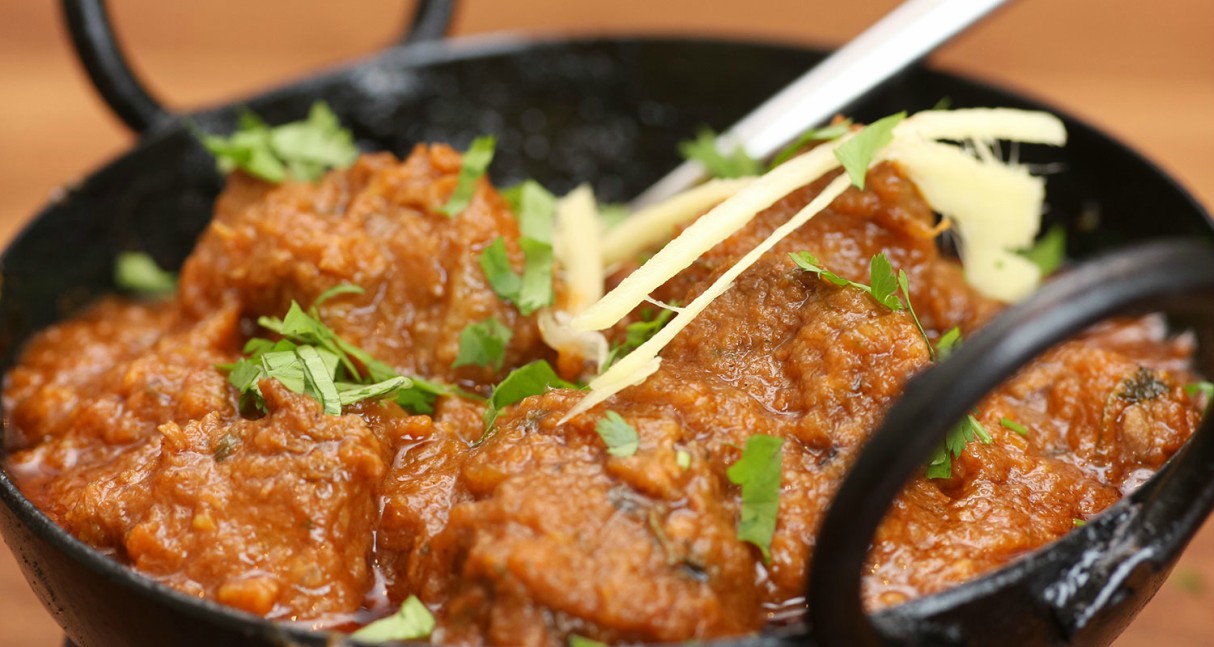 Having opened in 2010 in Covent Garden, Dishoom has gone on to open eateries in Shoreditch, King’s Cross, Carnaby Street, Kensington and even Edinburgh. Drawing on the heritage of the old Irani cafés in Bombay, Dishoom prides itself on authentic welcoming spaces and the finest Irani café food possible. Think elevated street food such as biryanis, bhel (puffed rice with tangy tamarind chutney) and pau bhaji (toasted white bread rolls filled with a spicy vegetable stew). If you ever need your Indian food fix in the morning, their Bacon Naan Roll is also infamous. 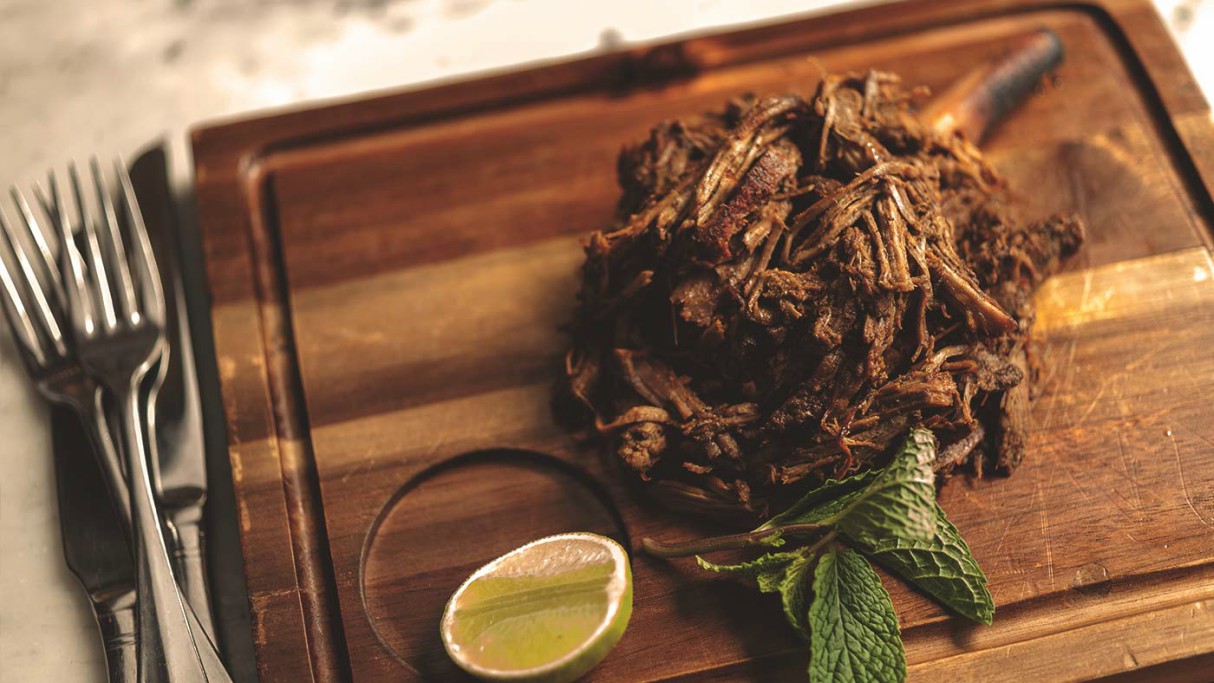 If your stomach won’t hold out any longer and waiting in the queue at Tayyabs becomes too much, head two minutes around the corner and head to another one of East London’s culinary delights, Zaza’s Restaurant. With food taken from the heart of the city of Gujranwala, famed weirdly for its wrestlers, Zaza’s delivers delicious Punjabi cuisine with an emphasis on healthy grilled food. Tayyab’s might get all the headlines but trust us, Zaza’s is just as good and the queues are infinitely smaller. 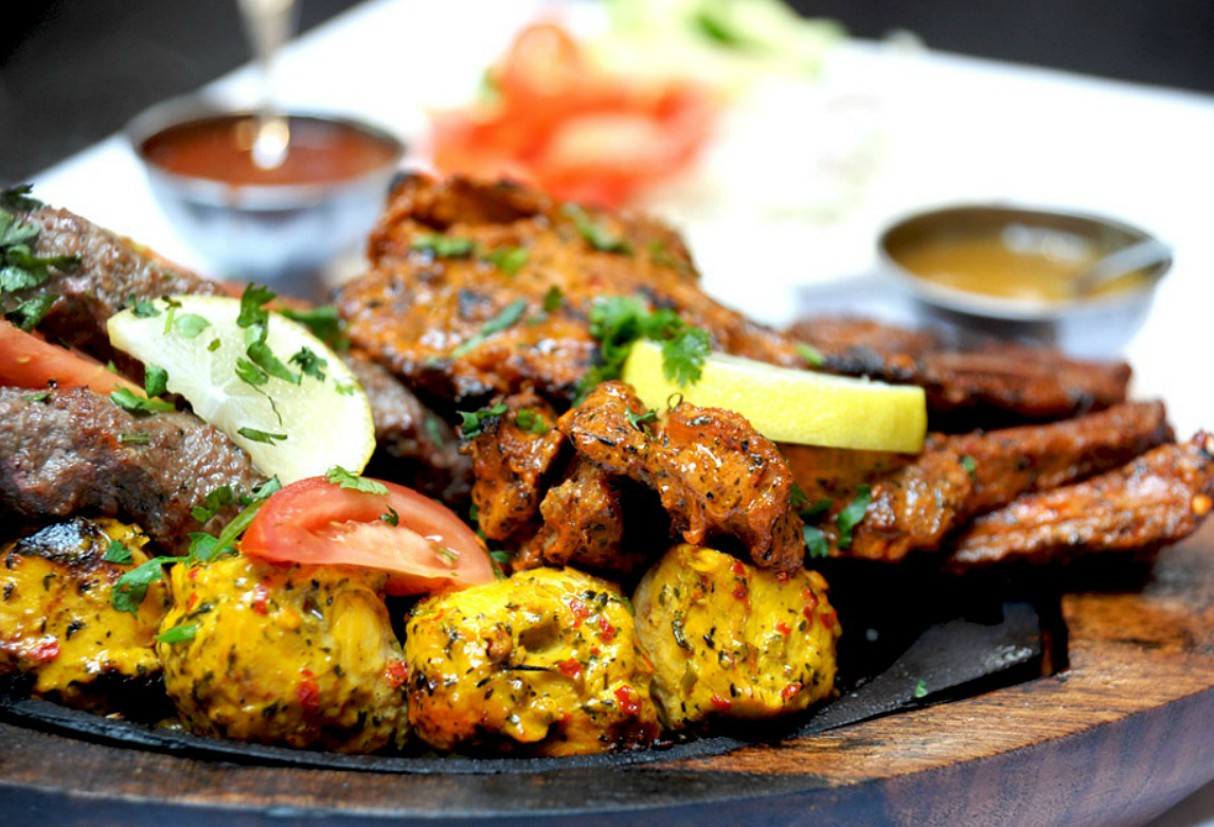 Rasa N16 is the original of the Rasa restaurants and serves cuisine from South India/North Kerala, catering for any vegetarians out there. Small and cosy and extremely popular among the locals of Stoke Newington, the restaurant has twice earned the Time Out Best Vegetarian Restaurant award. As it’s predominantly vegetarian, food is consequently fairly cheap, which means you can try a large selection of the delights on offer – one of our favourite things about an Indian! There’s also a Rasa is west London (Rasa W1), which is a bit posher and therefore a bit pricier.

What’s your favourite Indian restaurant in London? Let us know in the comments below! And also check out what we think are the best pizzerias in London.