2019 is almost upon us. But before we get around away with dubious New Year’s resolutions, this year wouldn’t be complete without taking a look back at what 2018 had to offer. And this time, we’re talking movies. There was plenty to get excited about this year so we’re not doing a usual Top 10. Instead we’re going to take a look the year through genre. And thus, here’s the best the big screen had to offer in 2018!

“Stranger than fiction” is a critique often lauded at documentary features, but we doubt it’s ever been more aptly applied than with Three Identical Strangers. In 1980, Robert Shafran and Eddie Galland met at a community college and quickly realised their similar appearances were more than just uncanny. The story of long-lost twins reunited made front pages, only for by David Kellman to notice he looked just like the siblings. Yep. Triplets. The miraculous reunion makes for a staggering human-interest story in itself but Three Identical Strangers is much more than that, delving into the uncomfortable and unethical circumstances that enabled the situation to unfold. The result is something much darker and infinitely more tragic. Tim Wardle’s film is gripping and a fascinating look at the nature verses nurture debate. 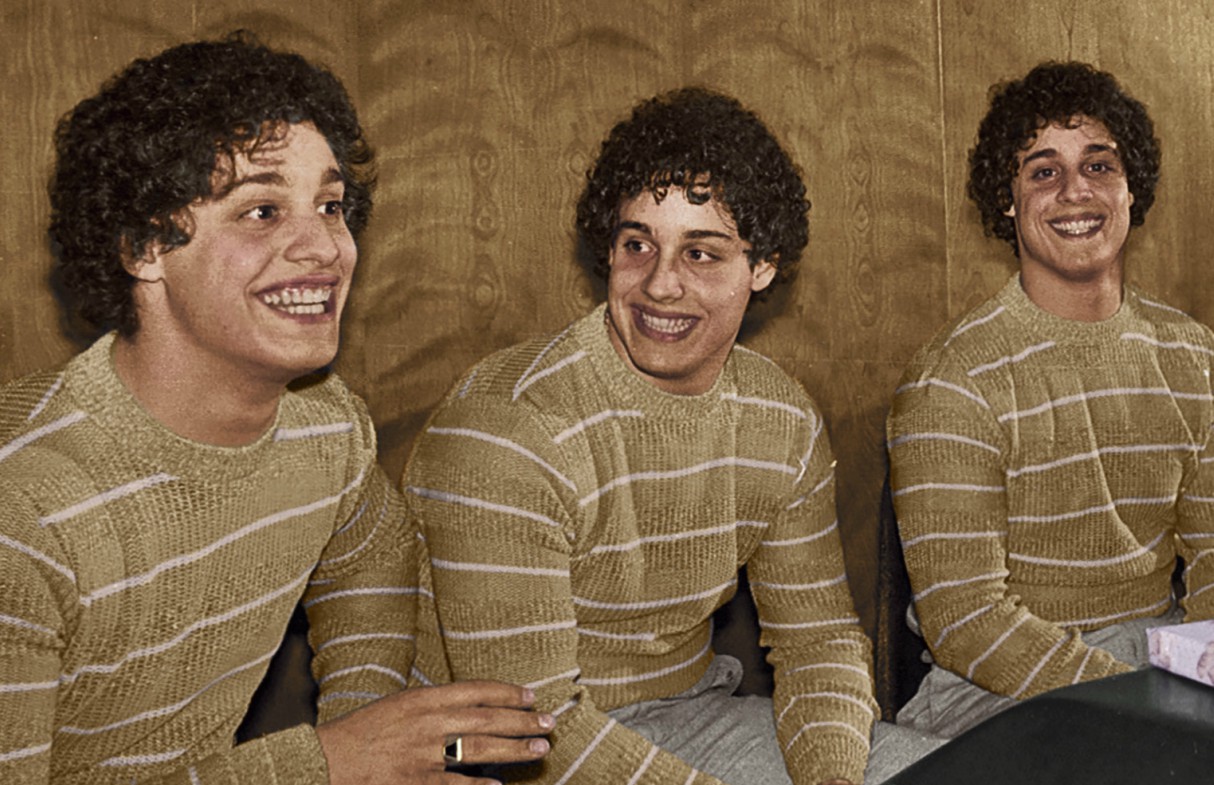 While we’re not happy more people didn’t get to see Netflix film Roma on the big screen, on paper anyway, it’s not hard to see why. Shot in black-and-white with no star names and all-Spanish dialogue, Roma was never going to seriously perform at the box office. But forgetting its modest release, Alfonso Cuarón’s heartfelt love letter to the women who helped raise him is extraordinary. Cuarón draws on his own childhood to create a vivid and deeply visceral tale of strife and political turmoil in 1970s Mexico. Roma is both a kick in the stomach and a warming blanket. Please watch this film. 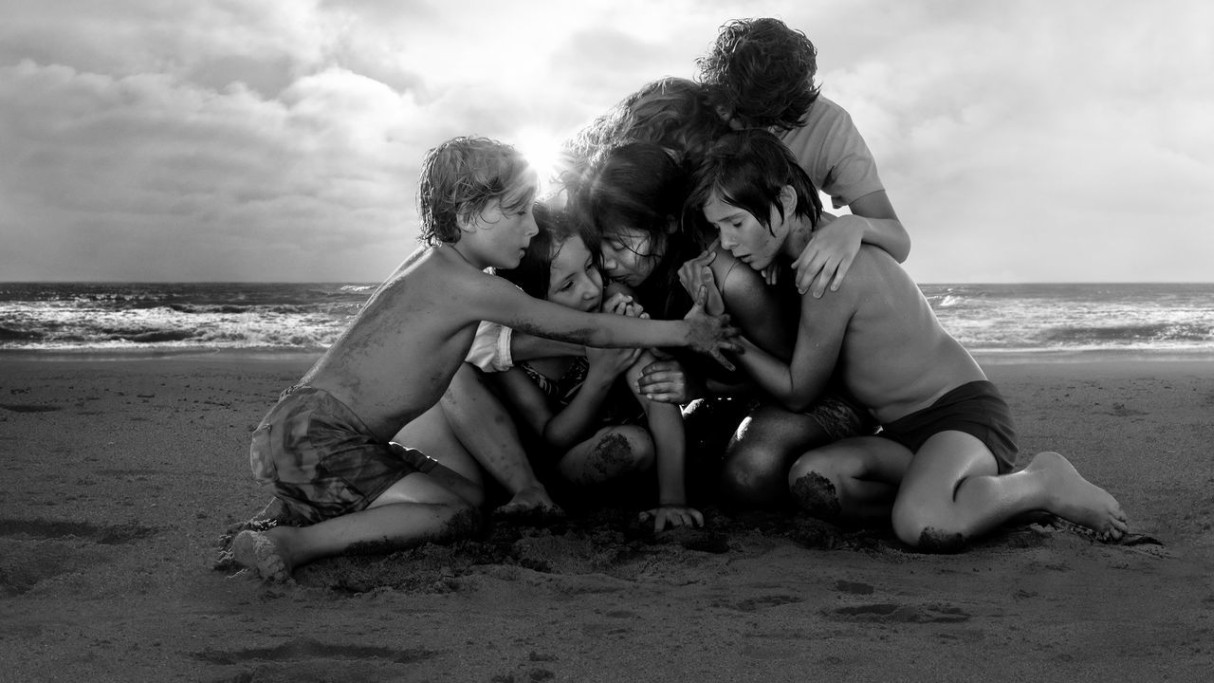 Written and Directed by Guillermo del Toro, The Shape of Water received thirteen nominations at the Oscars this year – more than any other movie. The always superb Sally Hawkins plays Elisa, a lonely, mute cleaning lady who works in a high-security government laboratory. Set in 1962 with the Soviet spies around every corner, she soon befriends a mysterious amphibian man and breaks him out. Though it may not pack the emotional punch del Toro was hoping for, it is undoubtedly his most tender film to date and the visuals are simply stunning with echoes of Jean-Pierre Jeunet all over the film’s design. Michael Shannon is the perfect villain, while del Toro’s otherworldly story could have strayed by the way side had it not been for a stellar Hawkins. 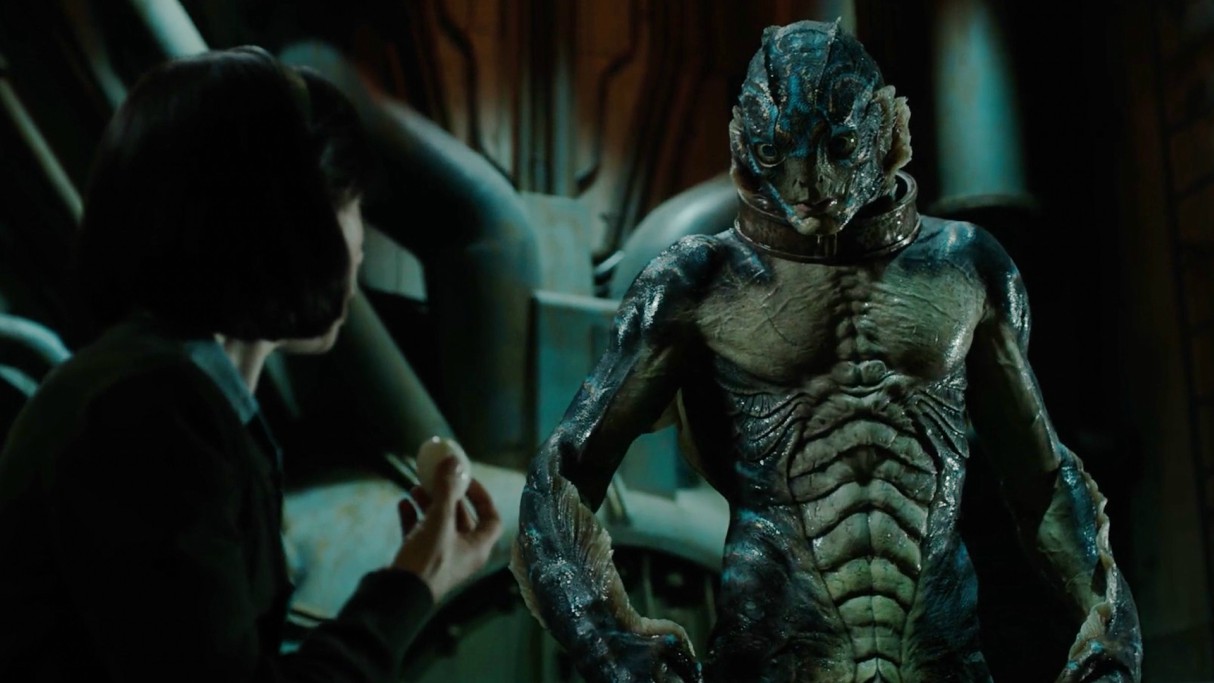 An honourable mention should go out to Hereditary here, but for us the best Horror film of the year was John Krasinski’s high-concept apocalypse-horror, A Quiet Place. The simple premise – make noise and you die – is the model backdrop for nerve-shredding set-pieces, but it’s real-life-wedded-couple Krasinski and Emily Blunt who take A Quiet Place above and beyond its billing. Ultimately this is a family story about grief and desperation, and the duo are silent note perfect. 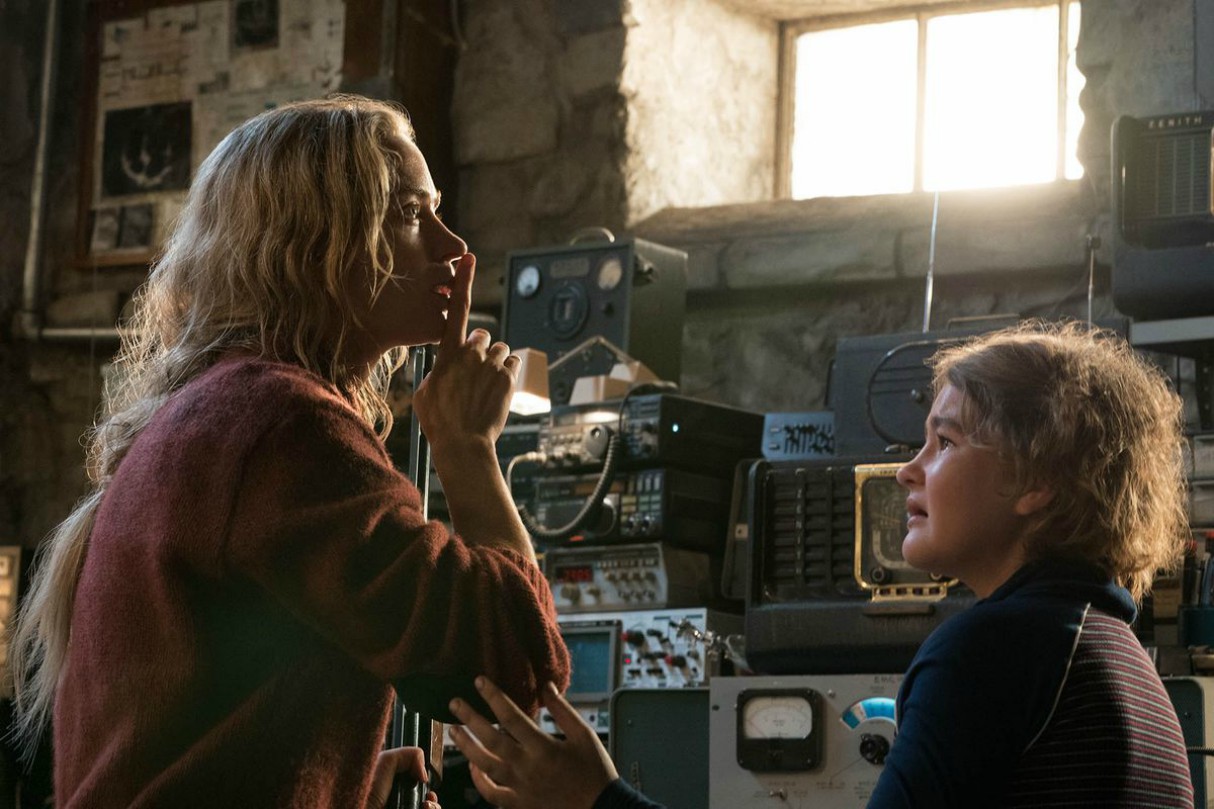 There were few films in 2018 quite as fun as Ready Player One. Set in 2045 where the populous now lives out its dream in a virtual reality world called the ‘Oasis’, Steven Spielberg’s sci-fi adventure has been seen by some as a cynical attempt to score points with fanboys, dowsing it with pop culture references with the subtlety of a sledgehammer. But while that is undoubtedly the case, Ready Player One doesn’t pretend to be anything else. The plethora of film, music and gaming references are integral to the plot and if there’s a child still left inside you, Spielberg is going to find it. Yes, the supporting characters can be a little two-dimensional and the plot can be a little loose, but if family films are all about taking a joy ride, we’d like to it take it in Ready Player One again and again. 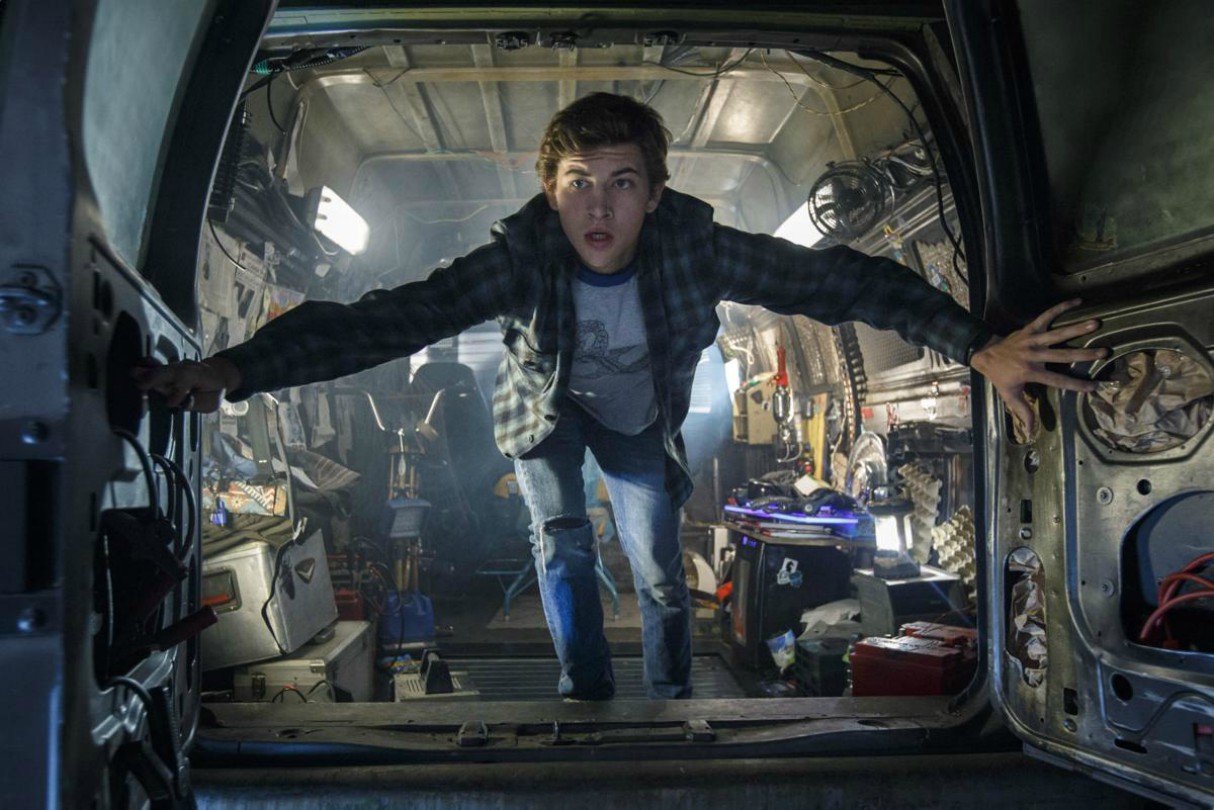 Greta Gerwig’s directorial debut arrived to much anticipation at the start of year. Tipped for awards season success, Lady Bird saw Saoirse Ronan take the lead in this semi-autobiographical coming-of-age story set in Gerwig’s hometown of Sacramento. Gerwig scored her first Oscar nominations for the film, thanks to an incredibly well-paced and well-written script, and spirited performances from Ronan and her on-screen mother, Laurie Metcalf, which deserve recognition as two of the best this year. Lady Bird is understated and relatable, but no less poignant and downright hilarious. 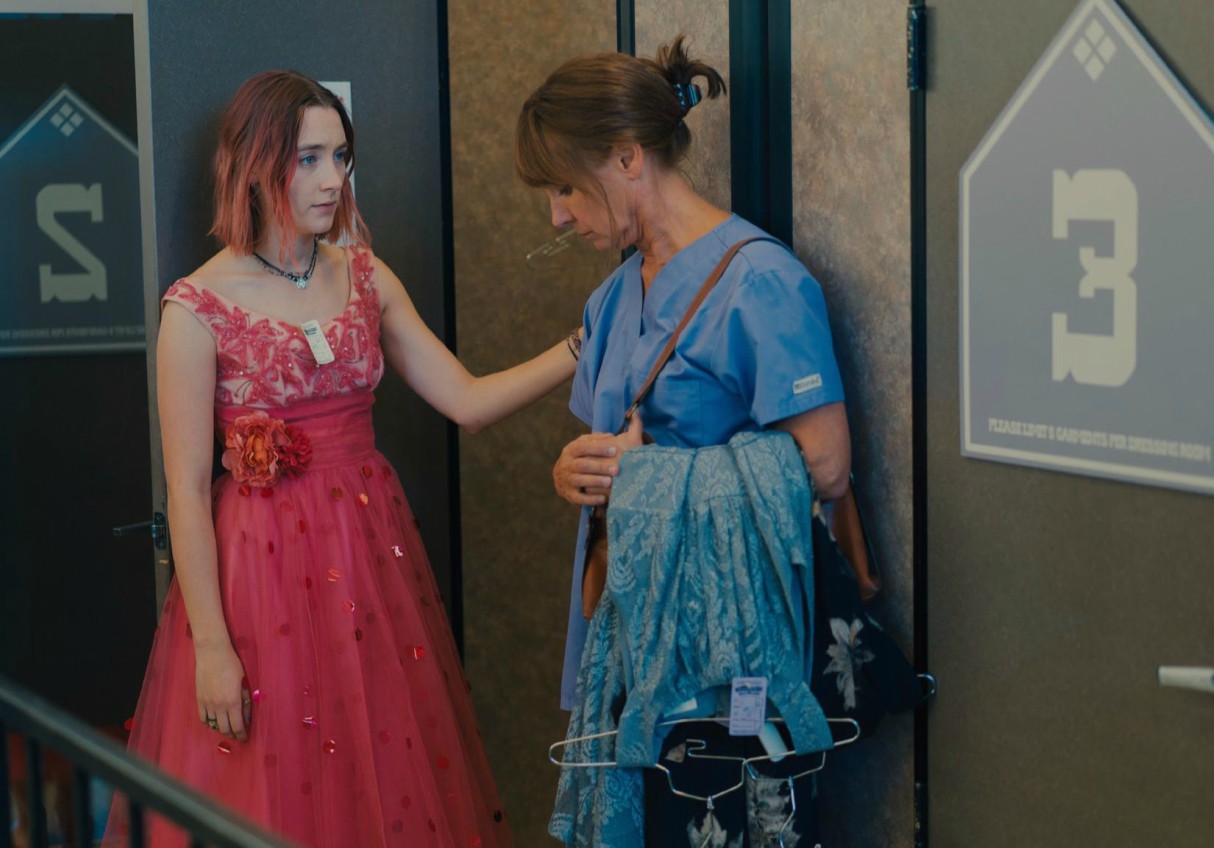 Based on the novel of the same name by Jeff VanderMeer, Annihilation arrived on Netflix in March staring Natalie Portman and a group of military scientists who enter a mysterious quarantined zone known only as ‘The Shimmer’. Supported by a stellar cast which included Oscar Isaac, Jennifer Jason Leigh, Gina Rodriguez and Tessa Thompson, Annihilation was the second film from director Alex Garland following the superb Ex-Machina. And while it may not have reached the heights of his previous work, Annihilation was well-acted, visually stunning and posed some thought-provoking questions about depression, grief and human nature’s never-ending flirtation with self-destruction. 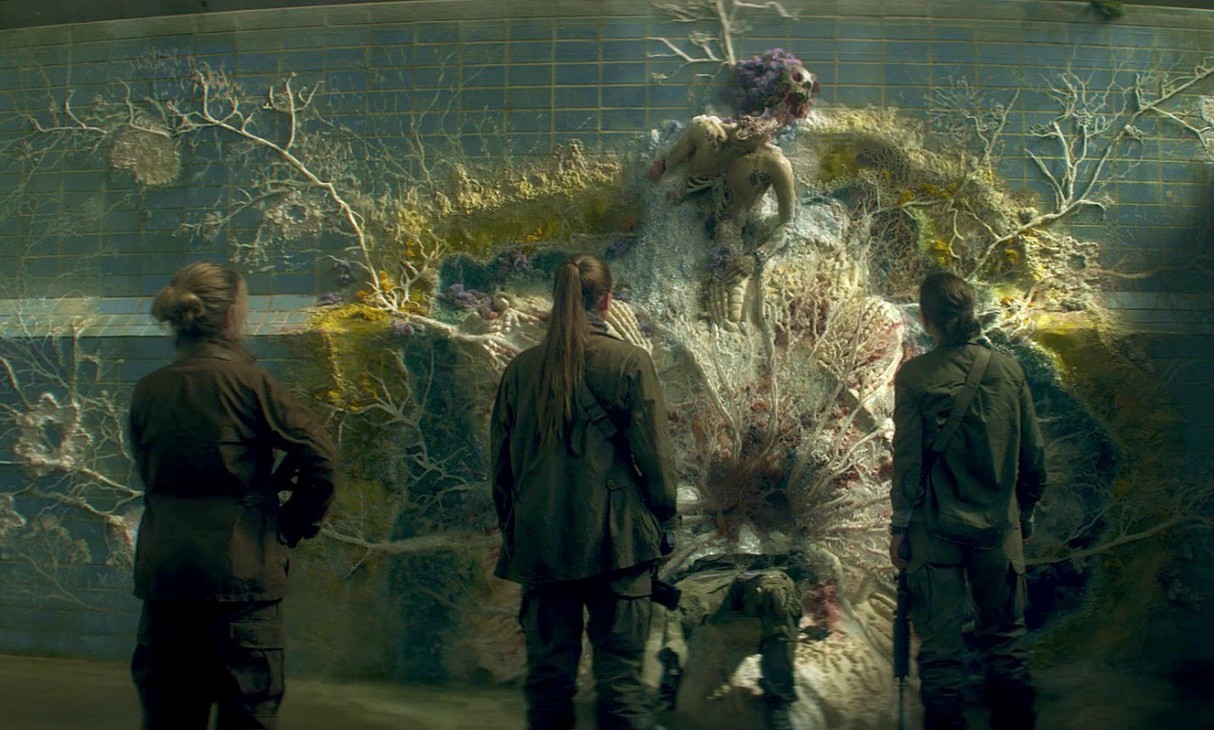 While other film franchises fall by the wayside into mediocrity, Mission: Impossible continues to grow thanks to some slick story-telling and Tom Cruise’s willingness to chuck himself off basically anything that moves. In Mission’s sixth instalment, Ethan Hunt (Cruise) and his team of attractive people must track down some missing plutonium. There’s some other convoluted plot points but really all you need to know is that Cruise dangles from a helicopter and then flies one solo, performing death spirals in the process. And yes, he did actually perform all the stunts himself with no CGI involved. For that alone, it’s arguably the best action film since 2015’s Mad Max: Fury Road. Seriously. 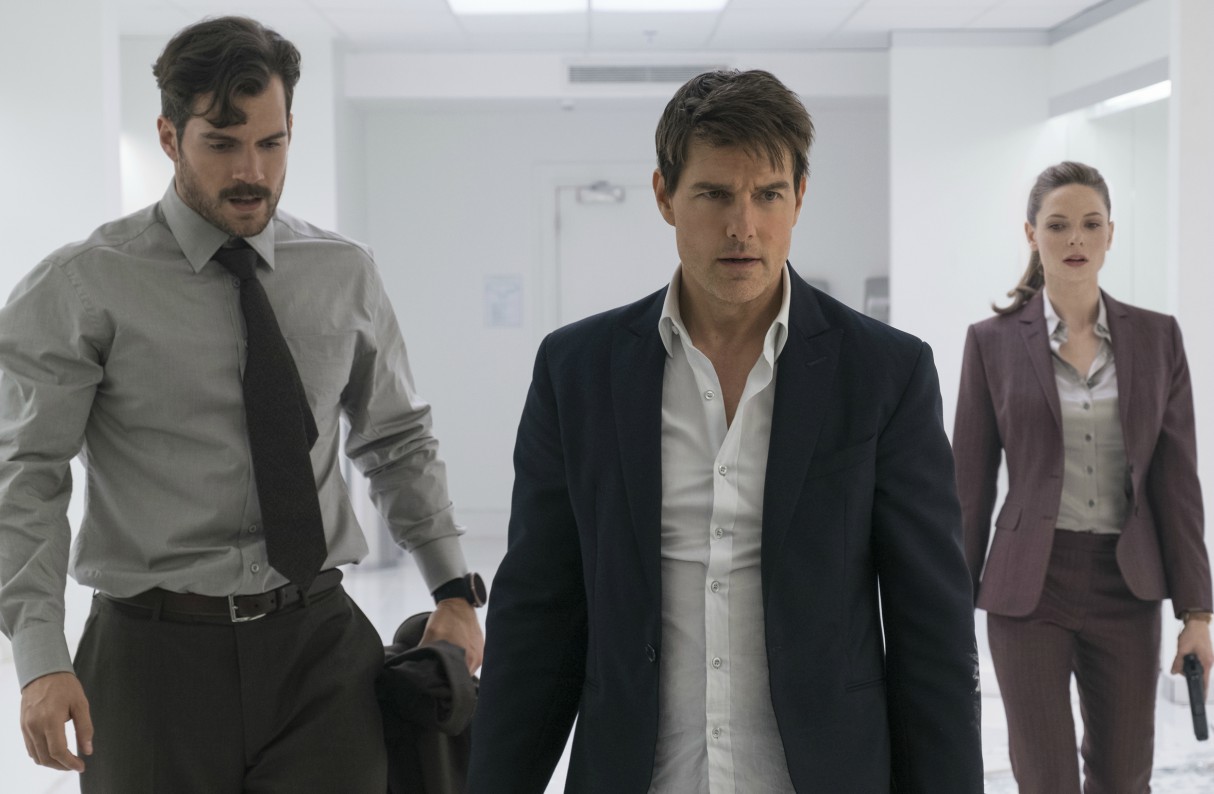 Marvel had been building up to Avengers: Infinity War for essentially a decade and 18 films. It’s been a long journey and one that could never really live up to its billing. But you know what? We think it did. The crescendo to end all crescendos (if you forget the second crescendo set for release in 2019) pitted virtually all of the superheroes from Marvel’s Cinematic Universe against Thanos, an incredibly nuanced supervillain played by a brilliant Josh Brolin who wants to wipe out half of the world’s population with the click of his gigantic fingers. But how do you combine so many charismatic characters, that many plot lines and a mammoth CGI uber-villain, while still paying off a decade’s worth of movies? Somehow, Infinity War does it. 150 minutes of pure blockbuster spectacle which still manages to deliver on action, character and iconic imagery. Really, it’s a miracle Infinity War doesn’t derail into the mess it should be. It’s exciting, emotional and one of the most impressive cinematic feats in recent memory. Roll on, Part 2. 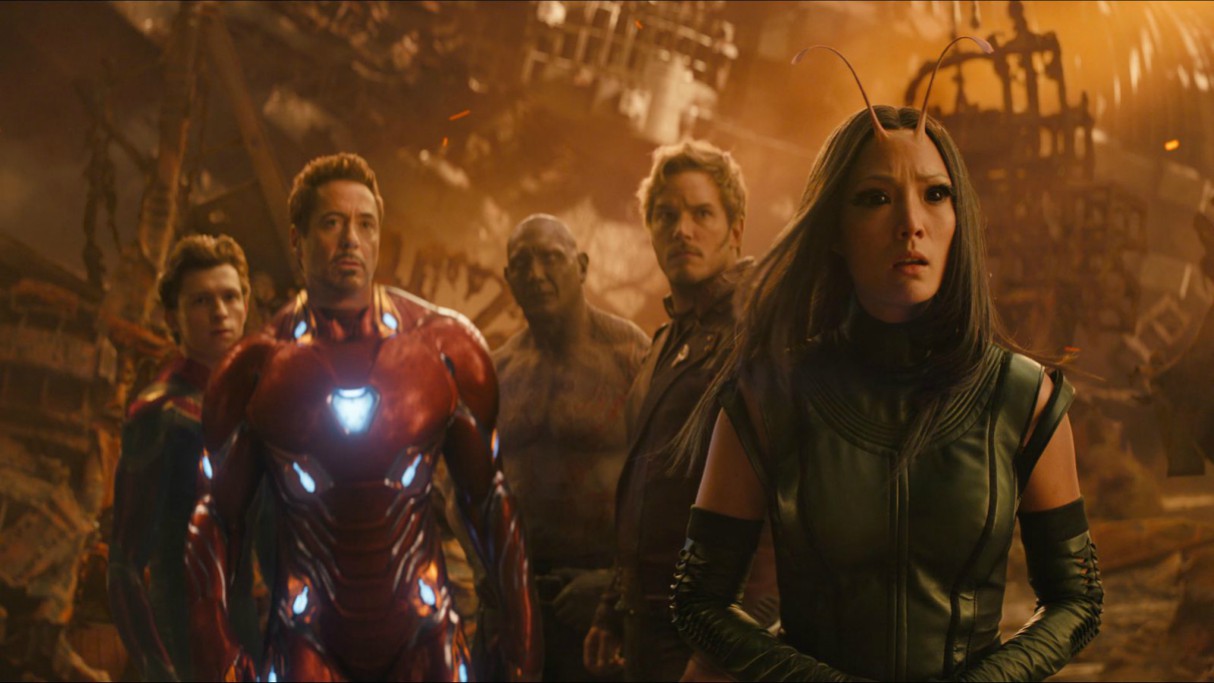