We have seen it! Read our Django Unchained Review.

Every time I have been to the cinema in recent months, one film trailer has got me excited more than all others, no it wasn’t Skyfall, or Madagascar 3, it was the Django Unchained Trailer.

Directed by non other than Quentin Tarantino and featuring an all star cast including: Jamie Foxx, Christoph Waltz, Leonardo DiCaprio, Kerry Washington, Samuel L. Jackson, Jonah Hill, and on and on and on…

“Set in the South two years before the Civil War, DJANGO UNCHAINED stars Academy Award(R)-winner Jamie Foxx as Django, a slave whose brutal history with his former owners lands him face-to-face with German-born bounty hunter Dr. King Schultz (Academy Award(R)-winner Christoph Waltz). Schultz is on the trail of the murderous Brittle brothers, and only Django can lead him to his bounty. The unorthodox Schultz acquires Django with a promise to free him upon the capture of the Brittles–dead or alive.”

Now for us in the UK, it technically isn’t a 2012 film, it’s released on Christmas Day over in the US of A, but here in the UK, we won’t see it in cinemas until the 18th January which is a little disappointing. However check out the new Django Unchained Trailer below, and a couple of character film posters. 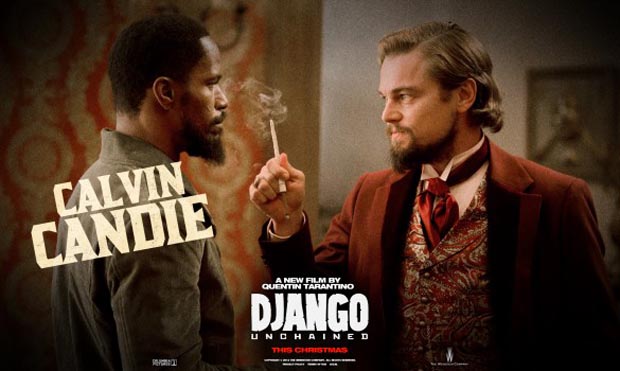 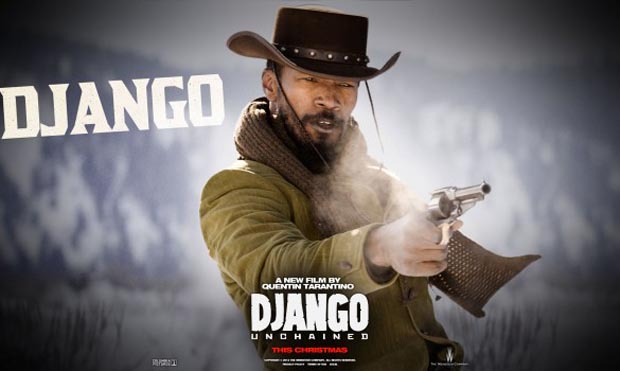