If you loved 2014’s The LEGO Movie as much as we did, you’ll be counting down the days until The LEGO Movie 2: The Second Part is released next week. And to celebrate ‘Awesome Week’, a pop up café inspired by THE COFFEE CHAIN from the film is set be opened on the Southbank in London this Friday by Chris Pratt himself.

Yes, open for two days only, THE COFFEE CHAIN will be open from 10am on Friday 1st February at Observation Point, South Bank, and none other than Chris Pratt (Emmet) and Tiffany Haddish (Queen Watevra Wa-Nabi) will be serving Londoners the first beverages.

Made with no fewer than 48,627 LEGO bricks by six builders, taking 236 hours to complete, the pop-up café will feature a LEGO coffee machine, doughnuts and newspapers made out the brick. The pop-up will serve free winter warming drinks and water, and spread LEGO-infused awesomeness with costume characters and spot prizes. 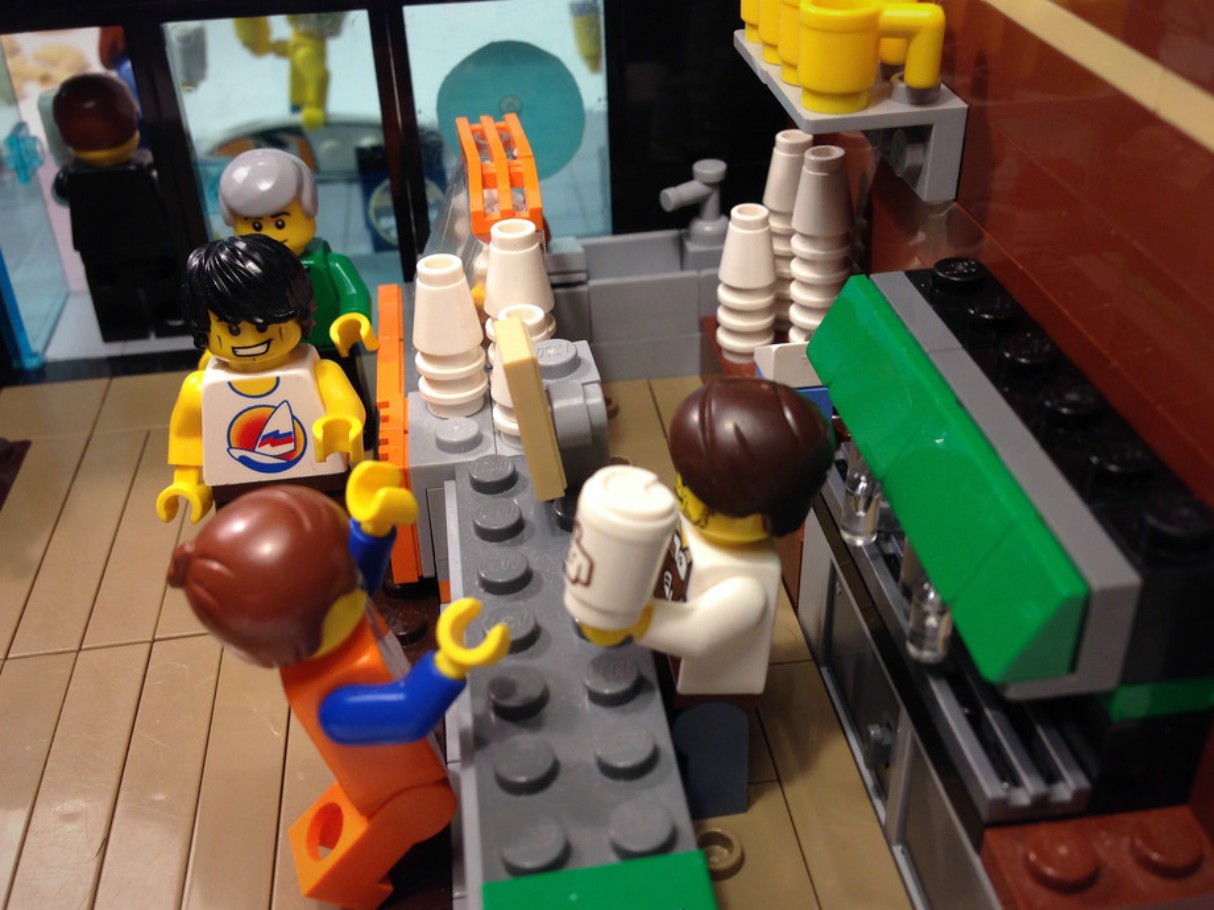 As well as serving refreshments, THE COFFEE CHAIN will also help raise awareness and proceeds for UNICEF to help children around the world. Visitors will be encouraged to donate a small sum to support UNICEF’s vital work for children – providing clean water, lifesaving food, vaccines and a safe space to grow up happy and healthy.

If you can’t make it down to the South Bank, you could still get some get have some LEGO doughnuts and coffee delivered to your home or place of work in London by ‘Awesome Deliveries’ simply by sharing positive, awesome thoughts with the hashtag #EverythingIsAwesome.

THE COFFEE CHAIN will be open for two days, Friday 1st 10am-6pm and Saturday 2nd of February 10am-5pm at Observation Point, South Bank. Southbank, 58–72 Upper Ground, SE1 9LT. Find out more info over at the LEGO Movie’s Twitter account and check out the trailer for The Second Part below!

Not into your LEGO? There’s plenty of other Things to Do This Weekend up and down the country!