Sometimes you come across something on the internet that gets you far giddier with excitement that it should do. Today was one of those days for us here at Average Joes. A group of architects has launched a crowdfunding campaign to build an actual life-size replica of Lord of the Rings city, Minas Tirith!

We assure you – this is not stuff of fiction. A crowd-funding campaign was started on Indiegogo a couple of days ago to build Tolkien’s fictional city in the south of England. Needless to say, they’re looking to raise a fair amount with nearly £2 billion needed in order to get construction under way!

The architects, headed by a wonderfully ambitious man called Jonathan Wilson, will use Peter Jackson’s depiction of Minas Tirith as a guideline for constructing this juggernaut. If it gets built, the founders of the project think they can create not only the most remarkable tourist attraction on the planet, but also a place for folk to live and work.

Two locations for Minas Tirith are currently being considered, both in southern England. In the city, they aim to create both residential and commercial properties, allowing for sustainable growth. Residential properties will be categorised by tier, quality and size. Tiers will vary from 1-5, quality varies from 2-5 stars, and there’ll be 1-4 bedrooms available. To give you an idea on costs, a 4-bedroom penthouse will set you back £1.72 million!

If you can’t quite afford the penthouse, you can get your name on a wall for £50 and can even get a street named after you for £50,000. It sounds bonkers but the founders of the Minas Tirith project say they’re “fully aware of the scale of our ambition.” While we’re not sure they do, we absolutely love this idea! And who knows? Lord of the Rings fans are some of the most passionate in the world – a couple of quid each might build a statue at least!

The actual budget of Minas Tirith is estimated at £1.85 billion, with basically all going on building costs – £1.4 billion on materials, to be illustrate the point! The aim is to commence work by the end of 2016, and complete the project by the end of 2023. While we’re not sure our Janes will forgive us for giving away our life-savings, we’re desperate for this to happen. So get over to the Realise Minas Tirith Indiegogo Website now! 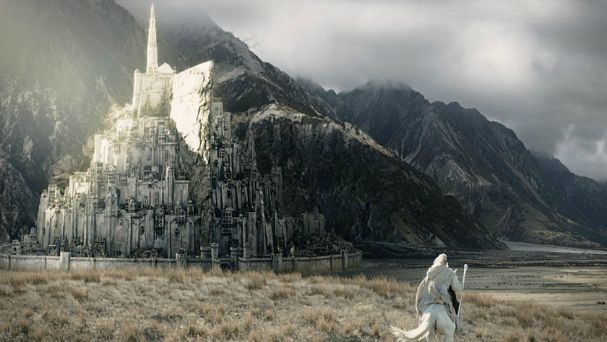