The rise of craft beer in London mirrors the meteoric rise of independent coffee shops across the capital over the last few years, and Meantime Brewery’s Beerista range, the Espresso Coffee Porter and Cream of the Crop beers, in collaboration with Shoreditch’s Nude Coffee Roasters are where these two stars meet. The artisanal coffee roasters put their heads together with the brewing brains at Meantime to create some beers that work both independently and together to produce something quirky, interesting and just a bit delicious.

Combining these two concepts of coffee and beer into a pop up which showcases what they have to offer together, Meantime are offering the Beerista beers both at Nude Espresso Roastery pop-up near Brick Lane and The Meantime Brewery Tasting Rooms in Greenwich from Monday 23 to Sunday 29 October. What you can expect to find there are the two headline beers offered up to you in a manner befitting of a coffee shop with a menu consisting of the following:

An interesting concept, but the real question you have to ask is – does it work? We have had samples of both the Espresso Coffee Porter and Cream of the Crop beers to drink and combine at will. We jumped right in mixing up our very own Latt-Ale to see what all the fuss was about and, quite frankly, we weren’t disappointed. Together, these beers might not pour into something you would imagine a latte to really be like, but the concept gives rise to an interesting beer cocktail. The flavours of each individual beer have been elevated to play off each other’s delicate intricacies to make a fun beer that carries the bitterness of dark roasted coffee and the sweetness of milk, with an alcoholic theme running through. The aftertaste, though, is what really sells it – with long deep breaths of what feels like slightly over percolated coffee. It is safe to say, though, together they elevate each other, whilst apart the beers are rather more ordinary. 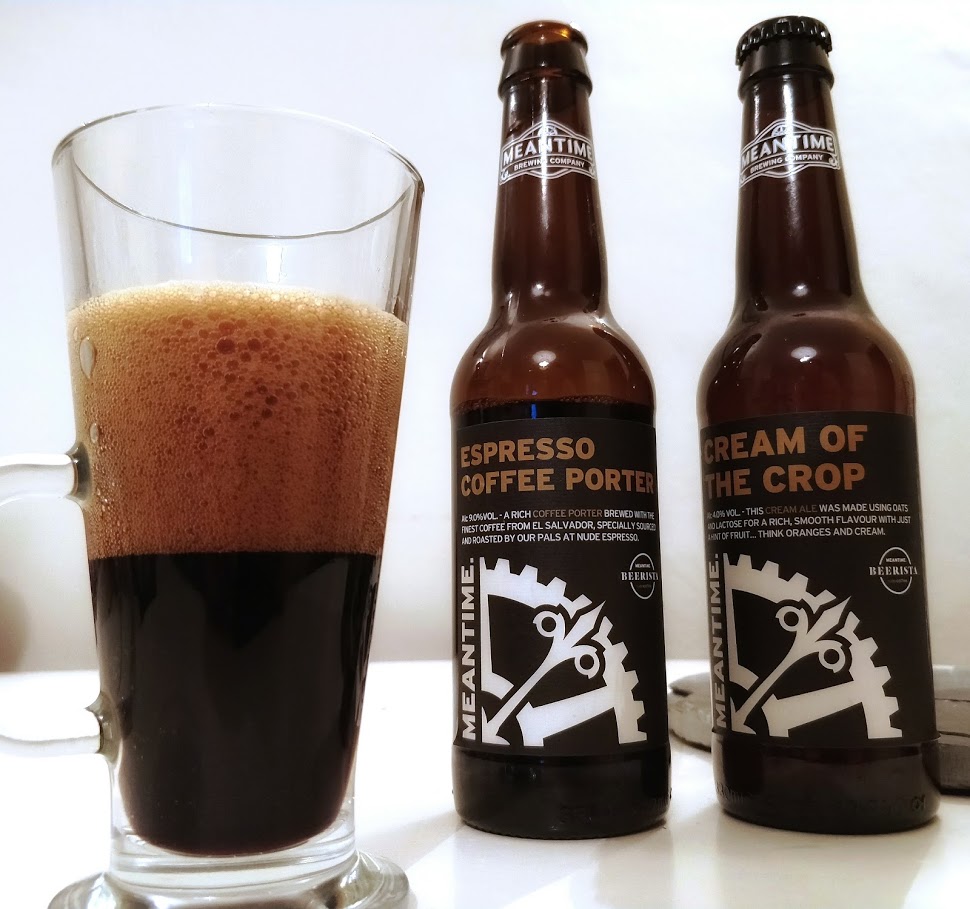 The Espresso Coffee Porter, alone, has a strong and bold flavour. At first pour, it is a deep brown hue, with a thick head of small bubbles that subside slowly into the beer. As a 9% abv, dark porter, you’d expect nothing less than a powerful aroma, and that’s exactly what you get although it isn’t as close to the smell of coffee as you might have wanted. Initial tasting notes are rich and dark coffee, with a smooth aftertaste of bitter chocolate, balanced with a slight sweetness so the bitter element doesn’t overpower. If you like dark beers, and you are keen on coffee, then you definitely want to try this.

The Cream of the Crop, on the other hand, is completely different. It is a delightfully playful, oaty beer that is at once both sweet and fruity, with a floral hint, that reminds you of the summer that has just gone past. The hops aren’t so bold as to pack a significant punch and the subtle flavours of citrus orange and tangerines bring it that sharpness to balance the softness created by the oats and the lactose. This would have been a perfectly fine summer beer on its own, and at only 4% would have been one we would happily have sessioned all sunny day long. 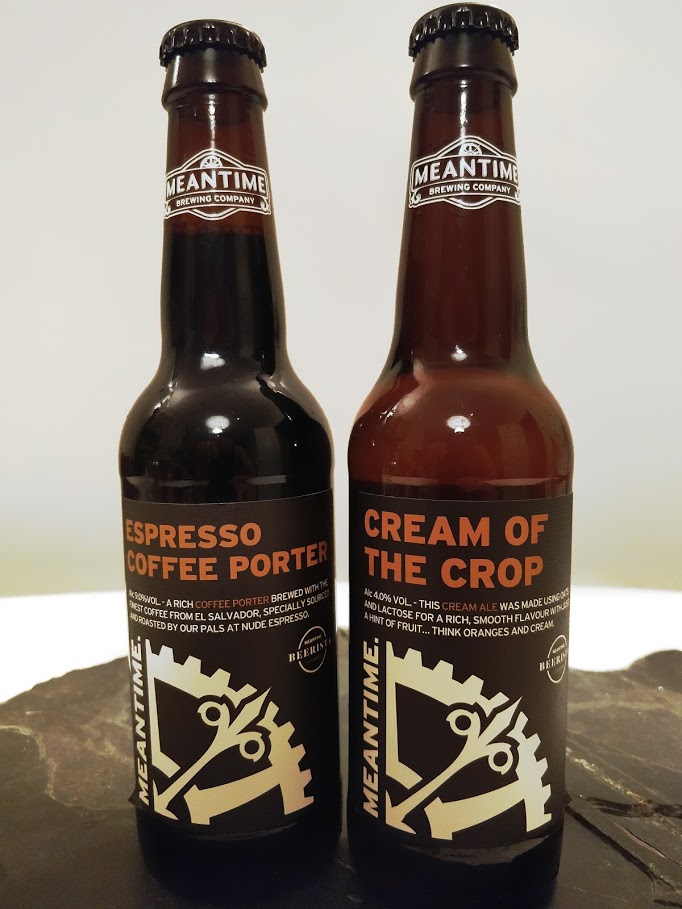 Whilst we have had some interesting coffee beer explorations over the past year from the likes of Siren Brewery’s Project Barista, Meantime have certainly carved out a niche with the way in which you can enjoy their interpretations of espresso coffee beer. The beers are interesting, tasty and certainly worth going out of you way to try these whilst you can. They will not be on sale for long and will no doubt be snapped up quickly by the bottle – which can be purchased from both the taproom and the Nude pop-up. So go on down and have a beerista serve you an alternative morning pick-me-up.