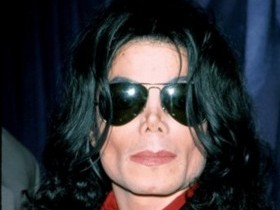 Firstly, if you have been in a coma (no pun intended) over the last 12 hours you may not have heard that unfourtunately the legend that is Michael Jackson passed away last night in an LA hospital. Now don’t get my wrong, i think the guy is a legend and changed the face (sorry) of music over the last 20 years! But every cloud has a silver lining, CD and memorabilia sales will go up, and we have been inundated with Michael Jackson jokes.

This may be borderline but, if we don’t laugh, we might cry (honestly). So here goes (some of the best new ones are in the comments section, props to people posting!);

Michael Jackson killed himself last night after he found out boys to men was a band not a delivery service – PW, Facebook

Doctors believe Michael Jacksons heart attack was due to a hereditary problem. They think its the result of a defective billy gene – @Sebwebber

RIP Michael Jackson, he touched to many people, albeit most of them children…

I have two Michael Jackson Tickets for sale, January – AT, Facebook

And there there was 4…

Just read his funeral arrangements, he’ll be melted down & made into plastic toys. That way kids will play with him for a change – CY, Facebook

I genuinely feel sorry for Michael Jackson ‘s family. The decision to bury, cremate or recycle cannot be an easy choice to make – TJ, Facebook

There was news that doctor’s were taking bets on what colour MJ’s cock is. All bets are now of as pediatrician’s have been reported to have inside information – BF, Facebook

I heard they are having to double the seating at Micheal’s funerals because children under 12 have to be accompanied by an adult – BF, Facebook

What do jacko and santa have in common? They both like to empty their sacks for little children – MR, Facebook

and these courtesy of @jackojokes;

Condolences to the Jackson family, but could i also remind you that collection day for recyclable plastics is Monday.

Michael Jacksons last wish was to be cremated and his ashes put into an etch-a-sketch so kids could still play with him.

Out of respect, McDonalds have released the McJackson burger. 50 year old meat between 10 year old buns.

Reports that Michael Jackson died of a heart attack are incorrect.In fact he went to the childrens hospital and had a stroke.

When ambulance officers arrived at MJ’s home they found class A drugs in the kitchen, and Class 4B in his bedroom.

Madonna has paid her respects to the jackson family and wants to know how much they want for the kids.

All MJ’s upcoming dates are now cancelled, including John aged 5, and Ryan aged 9.

What’s the difference between Michael Jackson and Farrah Fawcett?……about 3 hours.

Please do not take this post as being disrespectful! We are celebrating his life in a way he loved!!

If you like these, check out the riot jokes.