After watching Italy playing Sweden today and just about struggling through for a boring 1 – 0, you may find yourself in a bit of an Italian mood. So, rather than just sit at home, drinking Peroni and ordering in a standard take away pizza, we recommend heading on out to a restaurant we recently enjoyed in Kensington: Pizzicotto. Opened in 2015, the offspring of London’s oldest family owned restaurant (so they say), it can be found a few shops down from Il Portico at the end of Kensington High Street.

When we went down, the menu was tailored for us to demonstrate the various use and importance of flour in Italian cooking. Whilst we may not have spent many hours engrossed in studying such a topic, we were keen to find out more about what they had on offer, especially since we heard they serve black pizzas, which are becoming all the rage in London.

They say that the Mediterranean lifestyle is one of the best, with their diet being key to health and longevity. Combining that with the latest fad of adding charcoal to everything and you’re on to a winner – right? Charcoal is one of the trends in the health conscious world, with a wide range of benefits including teeth whitening, helping digestion with gas and bloating, toxin removal and, obviously its main benefit, helping with hangovers. So, a pizza that helps with the headache after a one too many may be the perfect thing if you’ve been indulging in a few too many throughout the Euros. The charcoal pizzas made at Pizzicotto are made with activated charcoal dough which has been proofed for over 3 days – that means it has been sitting there, waiting, for 72 hours, before it finds its way into your stomach. The same can be said of all the dough at Pizzicotto in fact. 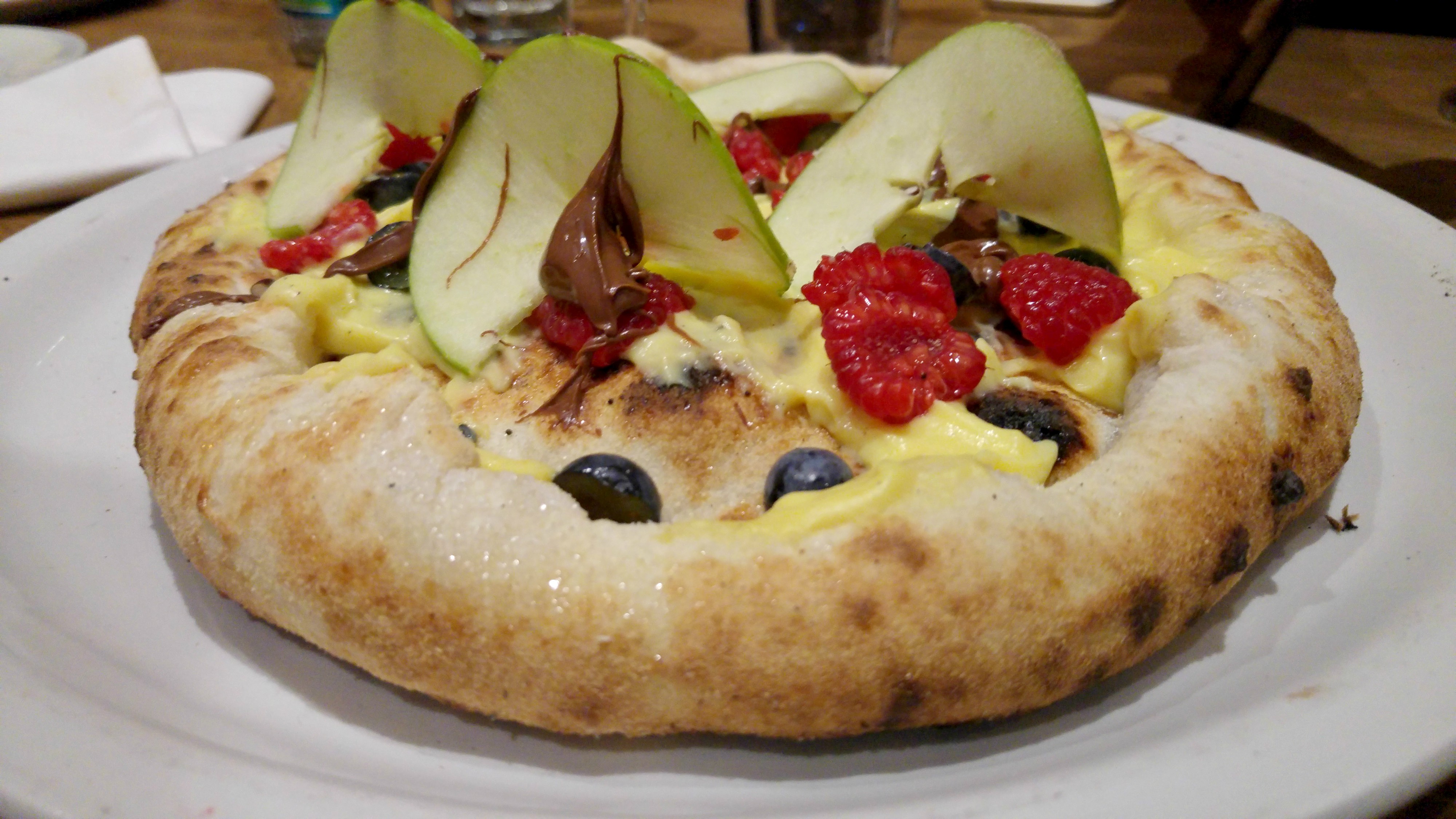 The other Pizzas at Pizzicotto are also pretty damn good too, and much of that comes from the base itself and the large, wood fired pizza oven that sits proud at the back of the restaurant. There is often much debate about the best pizza in London, even when we tried putting together our list a civil war nearly broke out (some of us are still sore that Homeslice isn’t even mentioned). Pizzicotto probably deserves a spot on that list too, as the product that comes out of their oven is excellent. The base, depending on which one you’ve picked, is delightfully crisp thanks to being topped perfectly, and the crust achieves that perfect level of bite that borders on burnt. This comes down to the hard work of Head Pizzaiolo Andrea Serricchio, whose constant smile and good nature seemingly have no limit, whilst he constantly and consistently turns out pizzas from the oven – he’s even competed in the world pizza championships coming in the top 20.

Of course, we didn’t just eat pizza. In fact, although the black pizza may be one of those signature, show stopper type dishes, there are many others on the relatively short menu that deliver something delicious. Of particular note for us was the chestnut gnocchi dish. As confusing as that might sound, these gnocchi eschew the potato in favour of using chestnut flour to provide a depth of flavour. Chestnut flour adds a sweetness and intensity to the gnocchi that their potato counterparts lack. The flour itself is a particularly Italian touch, as it is quite a rare flour in the UK, and is certainly only a seasonal product made by milling dried chestnuts into a fine and gluten free alternative to plain flour. 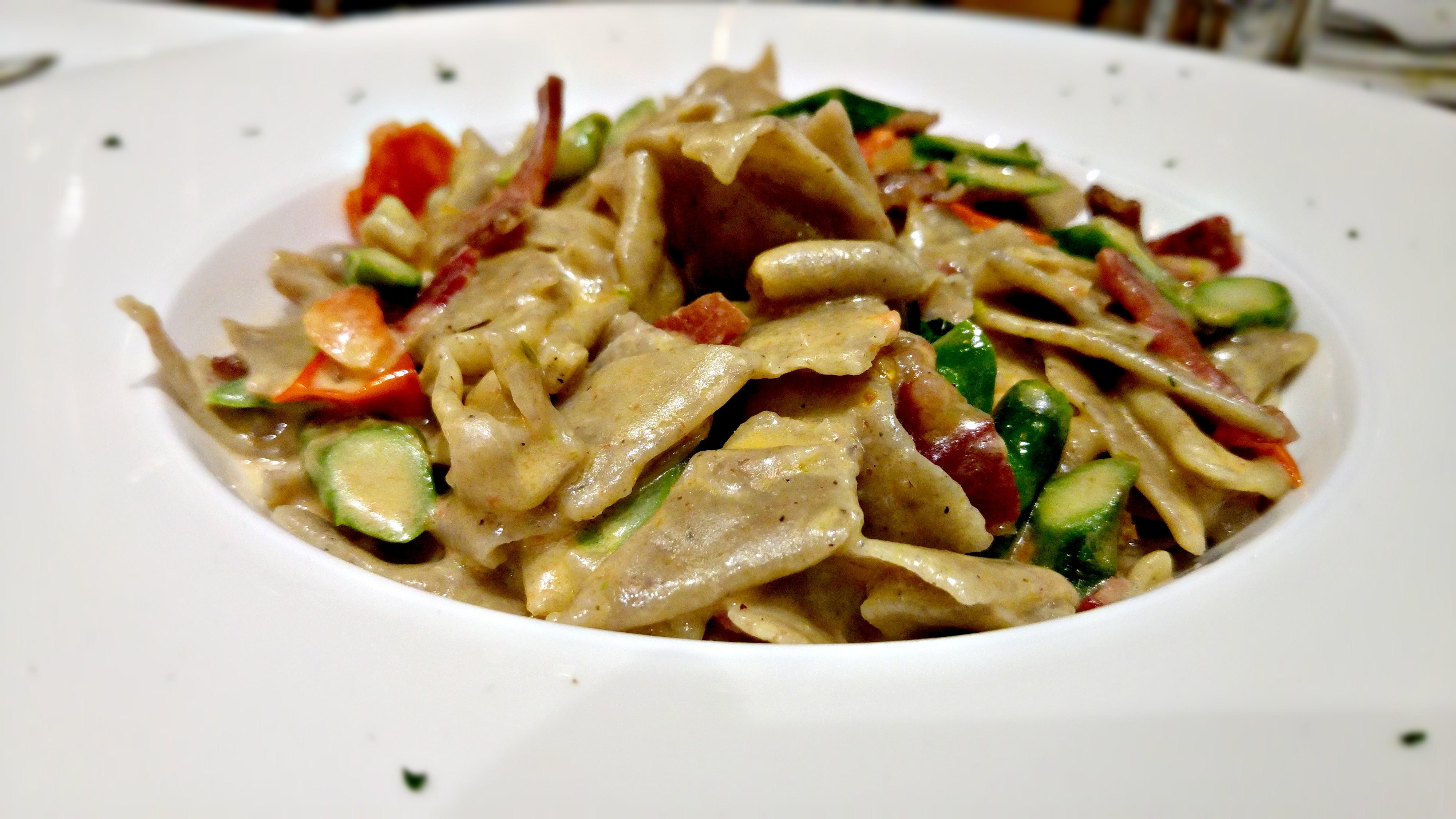 We loved this recipe so much, we even asked the owner, James Chiavarini, if we could pinch it for ourselves. Thankfully he agreed, so we thought it would be wise to share this with you should you feel the urge to eat some truly delicious and rich gnocchi or if you stumble across some chestnut flour and wonder what you could do with it…

Just add everything together in a bowl and roll out to around the thickness of a finger. Cut the gnocchi in 1cm lengths and if you want to shape them roll them each on a fork.

We served them with roasted butternut squash, pecorino cheese and a sweet red wine reduction.” 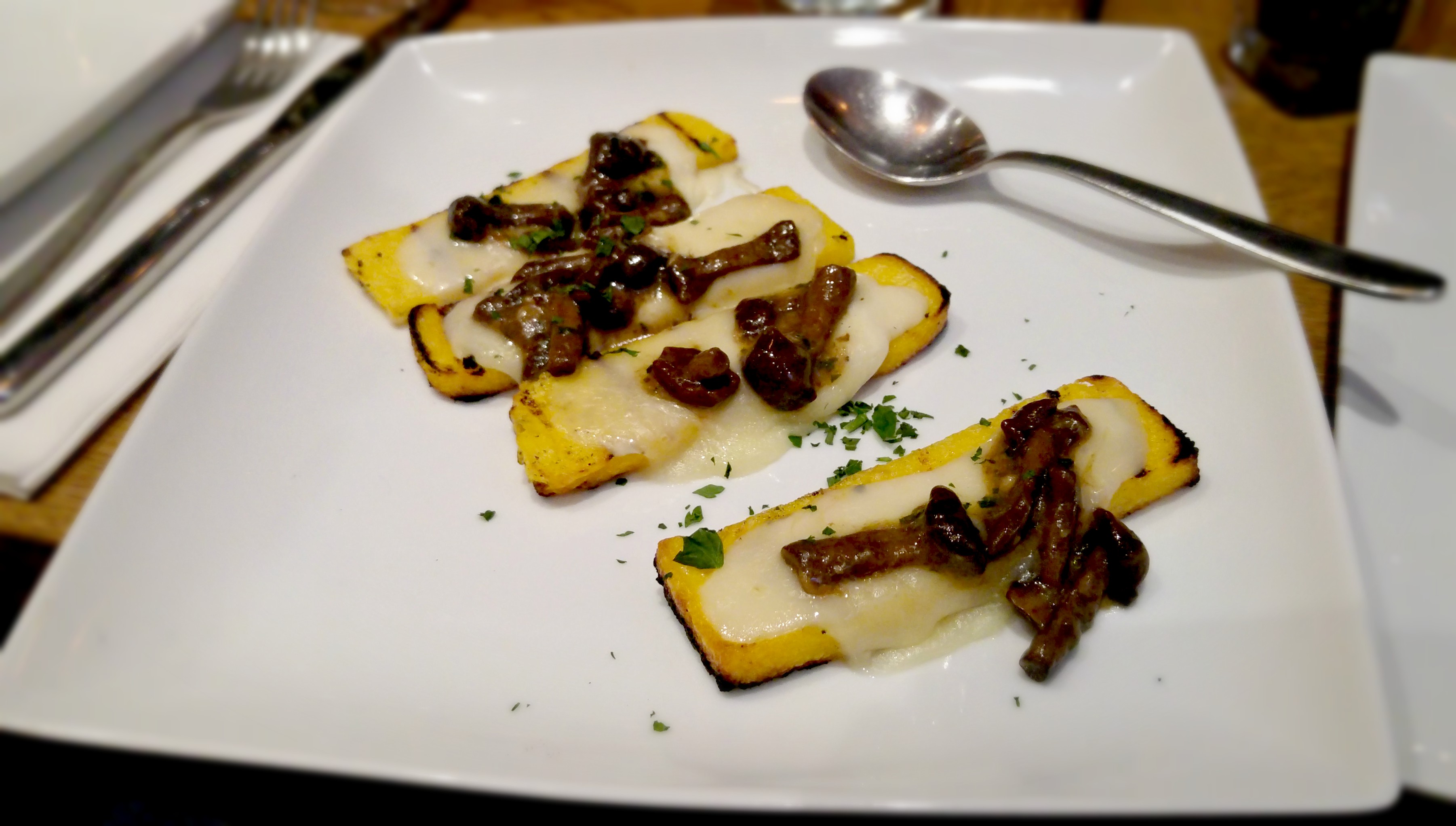 They say you should never judge a book by its cover – but with restaurants that is often quite the opposite. If its busy, if it smells and sounds good, if you can see good looking food on plates on other tables, these are all signs that this is a spot you want to sit and eat at, or at least remember to reserve a table in the future. That is absolutely the case with Pizzicotto. The smell from the woodfired oven, mingling with the aromas of the dishes already out on the tables, give it a gloriously rich scent that carries beyond the door and into the street, along with the audible chatter of the busy, if somewhat small, restaurant. 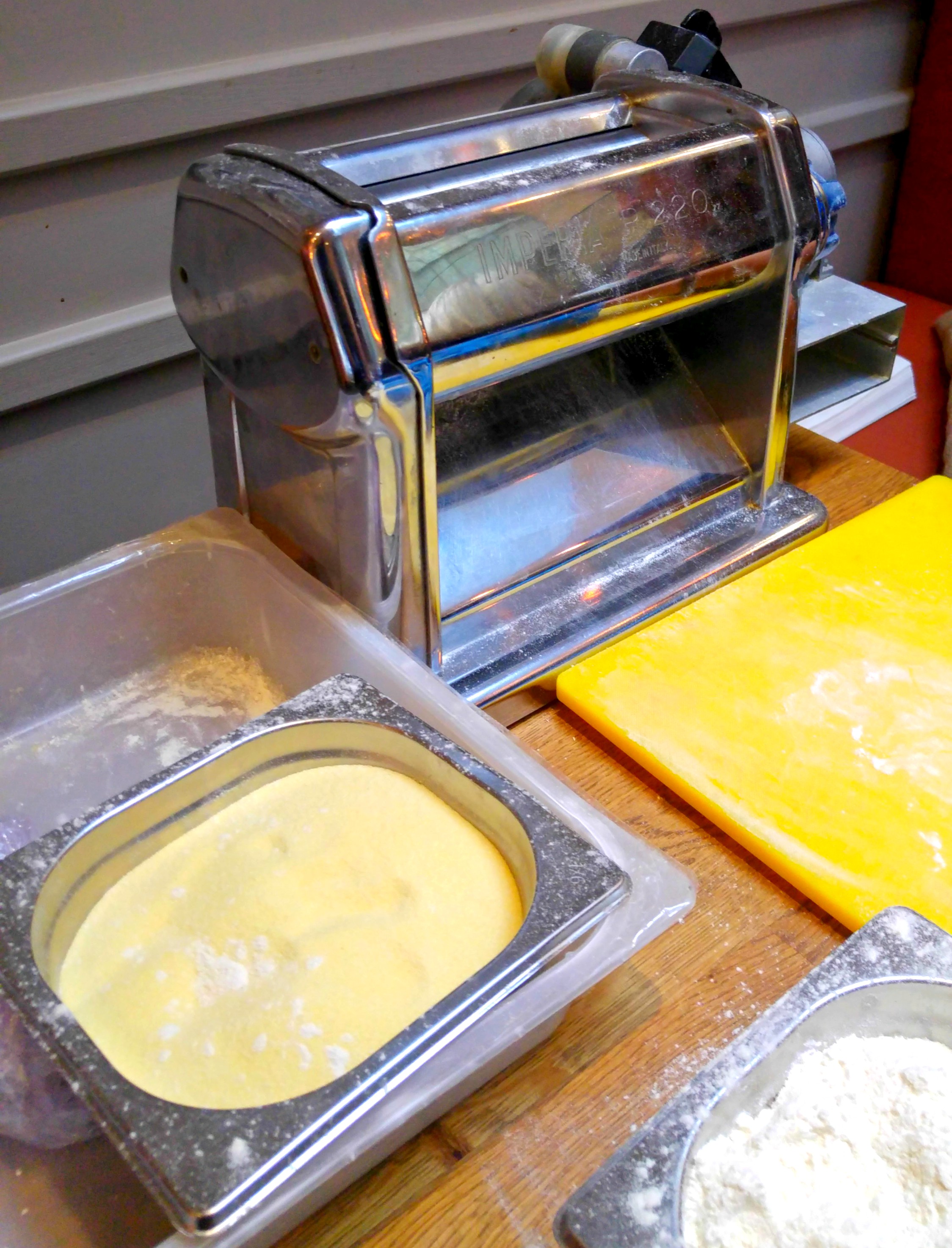 Then there are the staff, all of whom are welcoming, friendly and informative. If affable owner James isn’t talking to you, you can often spot him leaning down chatting to other diners, sharing a story or two. It is obvious he takes pride in his work and his restaurants, coming from a line of passionate restauranteurs and cooks. Tradition lies at the heart of a lot of what goes on at Pizzicotto, down to the pasta machine that comes from James’ grandmother.

So, if you are hankering for quality Italian food after that performance against Sweden (rather than Swedish meatballs), and are wary of the impending hangover, head over to Pizzicotto or book ahead and sort yourself out the best way possible!