Before the glory days of the internet, Joes used to check their facts and information in gigantic books known as encyclopedias. Wanted to know who won the league in 1983 – get out the encyclopedia! So for us older Joes, having the worlds most used online encyclopedia in book form is a very cool novelty – say hello to Print Wikipedia!

First and foremost, Print Wikipedia is an exhibition in New York City called ‘From Aaaaa! to ZZZap!’ by Michael Mandiberg. Mandiberg has written software that parses the entirety of the English-language Wikipedia database and made them it into thousands of volumes, complete with covers. The exhibition will see each volume uploaded and some of them will be laid out in front of the public. Pretty cool, ay?

Even cooler is the content will be uploaded online after the exhibition for Joes to print their very own Print Wikipedia on-demand. You’ll be able to get hold of your copy through Lulu.com.

The exhibition will be held at Denny Gallery in NYC and the performance will see the upload of Print Wikipedia to Lulu.com, with the upload process taking between eleven and fourteen days, during which time, the upload process will be on continuous view. In addition, the gallery will remain open around the clock through the first weekend of the exhibition. 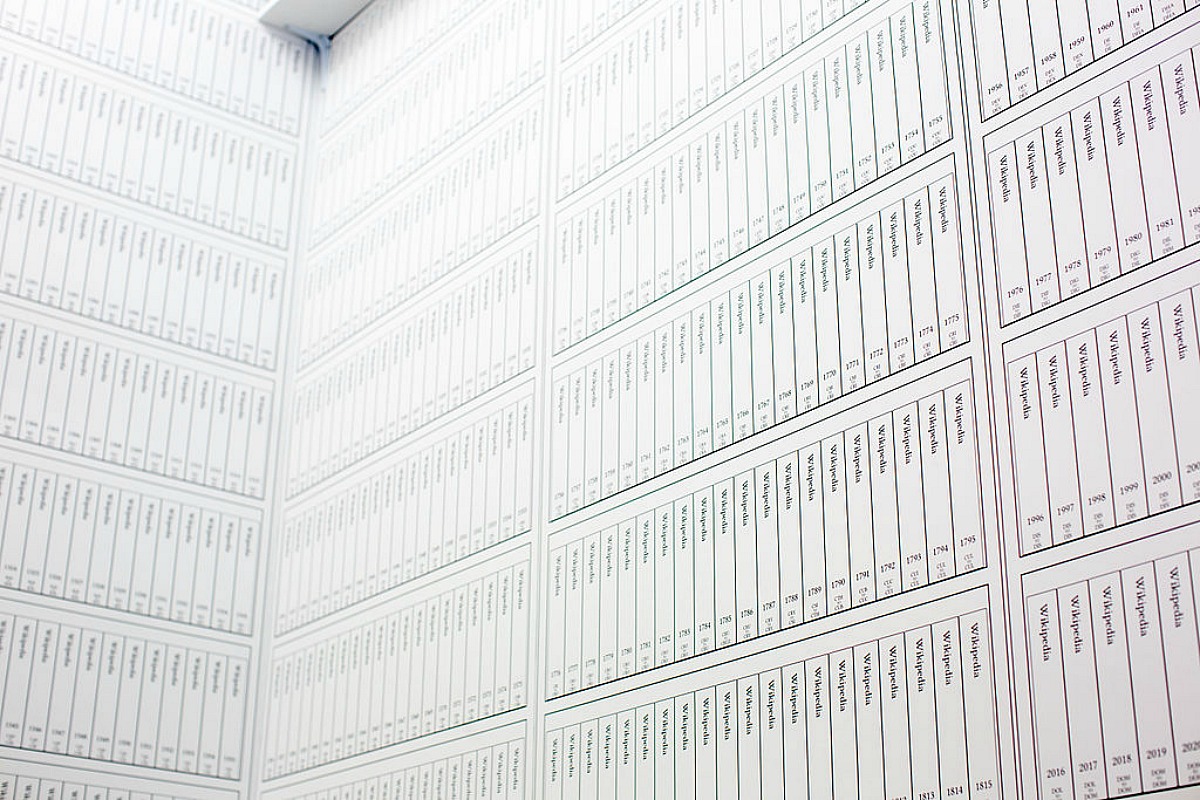 You can watch the process on Lulu.com, although it may get a little tedious after a while, and the computer being used will also post to Twitter after it finishes each volume. The build and upload process will take place in real time; until this process begins, exact metrics for the scale of the work can only be estimated. But we think it’s fair to say the whole lot will be just ludicrously big!

Individual volumes and the entirety of Print Wikipedia, Wikipedia Table of Contents, and Wikipedia Contributor Appendix will also be available for sale. If you want to get hold of your own Print Wikipedia, get over to Lulu.com where each volume will cost you around £58… there’s 1000+ volumes, just so you know… you do the maths!

The Print Wikipedia exhibition has already started and will run until the 2nd July between 6-8pm at Denny Gallery, 261 Broome St. Check out the Print Wikipedia Website for more details on the project and more for more on Michael Mandiberg’s previous work. 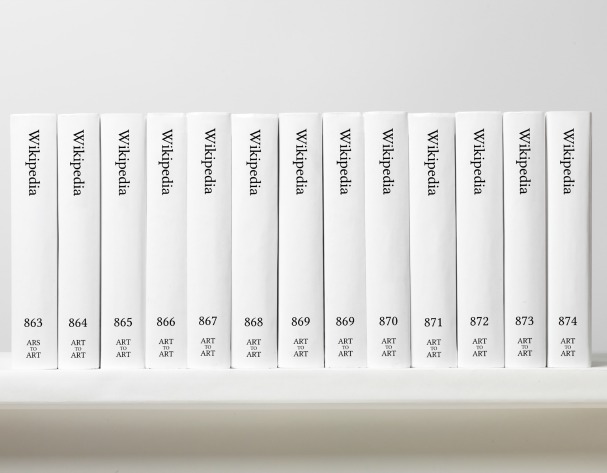