Retro Sweets from your childhood 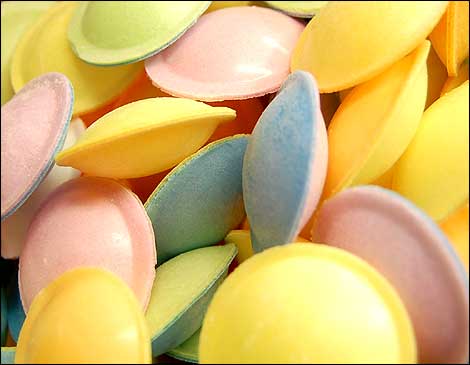 We step back onto the nostalgia train in our retro series and take a look back at the sweets and crisps you used to ram in your mouth as a child.

Dweebs Skate and use YoYos?

Willy Wonka’s Nerds (See Below) less fortunate Cousins, these babies were the top deal. They were larger, less sour and had three flavours in one box! These seemed to disappear off the face of the earth while the Nerds are starting to make somewhat of a small comeback. 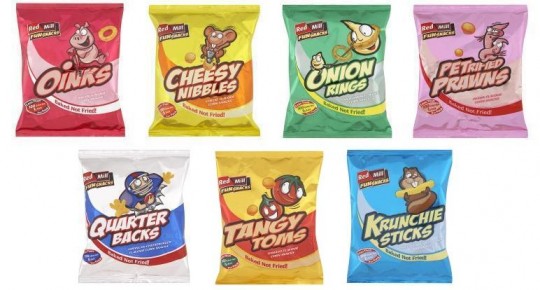 I'm all about the Tangy Toms

From the tomato flavoured Tangy Toms, to the American Cheeseburger QuarterBacks, these snacks were the dogs danglies – for 10p you could purchase a packet and devour the flavoursome joy held within.  Inflation has now raised the price to a monstrous 15p (SCANDAL!) and you can still find them in a few corner shops throughout the country and in most cash and carries.  Always good to have a box of Tangy Toms in the AJB Office! 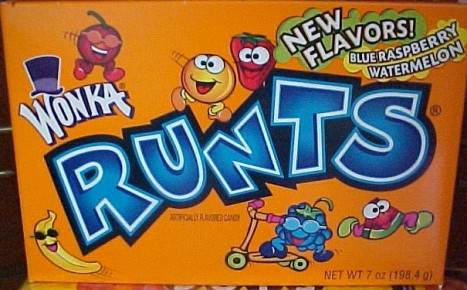 Runts – the candy sweet that looks like fruit, making some kids feel like they are getting their 5-a-day whilst rotting their teeth.  Well that’s what the tagline should have been.  Another of Willy Wonka’s creations (actually Nestle, but they obtained the Charlie and the Chocolate factories rights).  These provided a tangy citrus like flavour when you bit into one of these beauties.  You can still find them in some of those annoying 20p in and twist machines – which never give you enough sweets for your dollar. 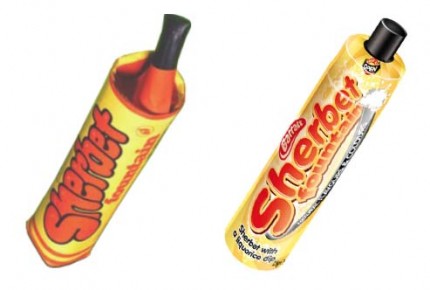 Not my favourite as it contains some of the Devils Food in the liquorice stick that you used to suck and dip into the fountain but this has been a popular sweet for more than 50 years.  Now gone are the satisfying paper tubes that you used to rip open and in are a stupid plastic variety that you can’t see how much sherbet is left when you get 50% of the way through.  Why do companies seem to introduce new packaging to ‘make things fresher’ – things seemed to be ok for the 50-100 years preceding that!!!!! 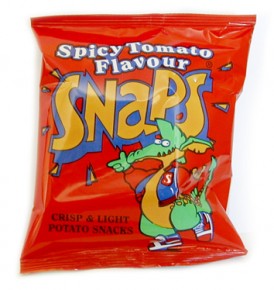 Another Crisp like snack that has seemingly dropped off the radar in the last 10 years, snaps were so called because of the noise they apparently made when you bite them.  Originally in a Spicy tomato flavour and a Cheese flavour, the cheese was dropped due to a low popularity and the Spicy tomato flavour is apparently still produced to this day.  I haven’t seen a packet for years!!!! 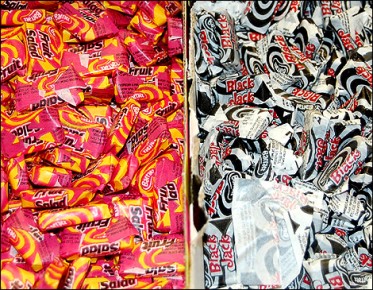 The Heaven and Hell of sweets for me, Black Jacks tasted like death and made your tongue go black (acquired taste in my opinion). Fruit Salads were raspberry and pineapple heaven.  Couldn’t get enough. Which were your faves? 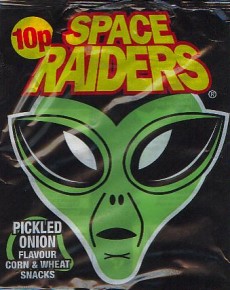 Originally production started in the 1970’s, these were maize snacks made to look like alien heads which were originally green for pickled onion flavour and red for beef.  With the banning of certain food colourants in foods they are now looking rather boring in a light brownish colour. Priced at 10p nearly all its history until the price was hiked to a whopping 15p in October 2007 (SCANDAL!!!! See Above).  These are still a pretty popular snack, I do tend to indulge in about 4 packets at a time, same price as a grab bag of Walkers! 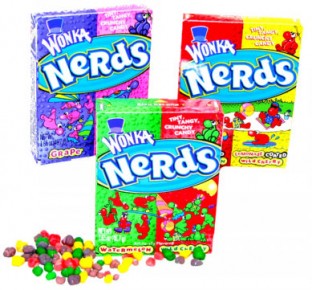 Typically named for us at AJB these were a mainstay on my pocket money purchase list, without fail I would buy a packet of these every week and proceed to eat them as quick as the shopkeeper could count my change.  Not as stylish as their sister sweets dweebs (see above) but these were more accessible, most newsagents had them, and it seems strange that such a popular sweet dropped off the radar.  Now starting to make a comeback but priced at stupid amounts for nostalgic 20 somethings to purchase and eat – thinking about playing kerbie up your cul-de-sac and not worrying about people kidnapping you as you played on the street.  Whats that? A box of Nerds for 3 pounds…….. Oh go on then! 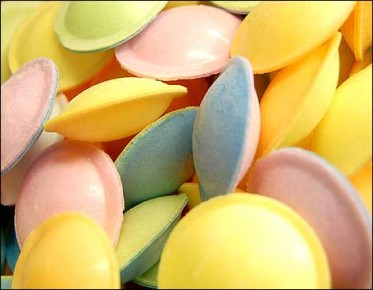 What were these all about?! Rice paper shaped in the style of an alien space craft filled with sherbet? Something that shouldn’t have really worked did and was a hit with kiddies all over, due to their low cost to make they were churned out at a phenomenal rate and kids could get a lot for their money due to them being so light.  My old man still loves them, always a good stocking filler for him at Christmas time!

You must remember these? Little candy heaven that you could buy in a refillable dispensing tube. Flick the top and a piece pops straight into your mouth! Still going strong today at a few outlets, these sweets were originally launched way back in 1927!! Amazingly still over 3 billion PEZ single sweets are consumed in the US alone every year!!

Got any more sweets from yesteryear that you wish you could still get hold of? Let us know what your favourites were!