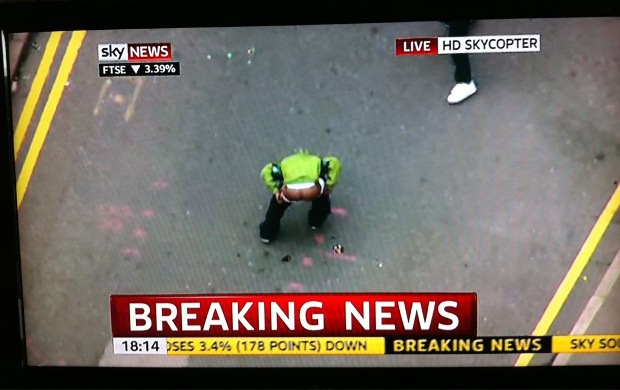 To be perfectly honest, I was unsure whether we should put these up or not… In the past we covered the troubled Ryan Giggs, and tip-toed very close to the line with Michael Jackson jokes. However, throwing caution to the wind, we have decided to share these with you. Not through any lack of respect, we with sympathise entirely with those affected. This is simply to add some light heartedness to the whole thing.

We have writers who live in London (Dan lives between Tottenham and Enfield and actually pulled together most of these) and we all have family and friends there. So just remember, these are Riot JOKES…!

The Apple store has just been looted, Police are said to be looking for iWitnesses

Should looters come back to Tottenham, Spurs fans are pleading that they take Jermaine Jenas

Have you heard the news? Sony in Enfield are having a fire sale!

A new riot tracking website has been launched, just enter your postcode in www.JDsports.co.uk/store-finder

Dark figures in hoods and masks taking over London – Harry Potter failed, Voldermort is back!

Just got my free Laptop from Currys. Only available in the Tottenham branch though.

People staying home not going to work in parts of London. They said it’s nice to have an unscheduled holiday like on the strip… the Gaza Strip.

BT saw a spike in demand for broadband in the North London area over the past 2 days. Not people wanting to know the news, just all the looters connecting their new laptops.

A collective in Tottenham have put together a bid for Carlos Tevez. Reports state they are offering 200 LCD TVs, 15 rolls of carpet, 30 Nike Tracksuits and 95 pairs of Reebok classics

There was a lull in the riots at around 9am to midday. It appears they’ve all gone to sign on.

I put a £10 bet on Tottenham to win the EPL this year. Not entirely sure who they are, but the news ticker tells me they’re on fire!

News reports in London branded the rioting an “abomination”, Birmingham branded it “upsetting and soul destroying” and Liverpool simply called it Monday.

After the rioters had set up all their looted brand new Sony home entertainment system, they were distraught that they forgot to rob a set of 3D glasses too.

Had trouble picking out the perfect shoes – then I got arrested.

If only shop owners hung signs in the window saying “vacancy, no skills required” – a job is enough to scare most of these little bastards away

Petrol bombs have been thrown during the riots. Fortunately these won’t last long since they simply can’t afford to burn it!

It isn’t all bad news in London. Shares in Autoglass just shot up 300%

What’s rectangular, black and useless? The thousand laptops the stupid rioters stole, but haven’t figured out how to turn on

Heading to London on holiday soon. It’ll be a riot 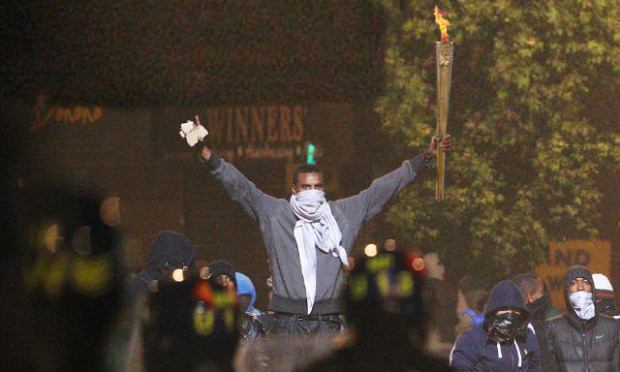 That’s all for now, if you ‘own’ any of these please let us know and we will link back. Most came via text / twitter. And if you think of any more please do comment below or hit us up @averagejoesblog on twitter. Let’s hope everything calms down very soon.