It’s almost becoming impossible to find bad pizza in East London these days with indie sliceries opening at an unrelenting, rapid rate. We’d been hearing excellent things about the newly opened Sodo Pizza Café in Walthamstow, so thought we’d head down to see what all the fuss was about. Thankfully, we weren’t disappointed!

The Walthamstow branch of Sodo is the third Pizza Café the owners have opened following overwhelmingly successful stints in Clapton and Hoxton. Offering sourdough-based pizzas, as well as high quality charcuterie boards, we found Sodo Walthamstow to be lively, well-priced and, most importantly, delicious.

Located just off Hoe Street by Grillstock and the newly refurbed Mirth Marvel and Maud (a pre- or post-drinking must by the way), the real selling point here at Sodo – barring the décor and atmosphere, which we’ll get into later – is their unique take on the pizza base. The sourdough is fermented for up to 48 hours before use and then baked at over 450°C to make it light and give it that crispness and tang that only sourdough can bring. 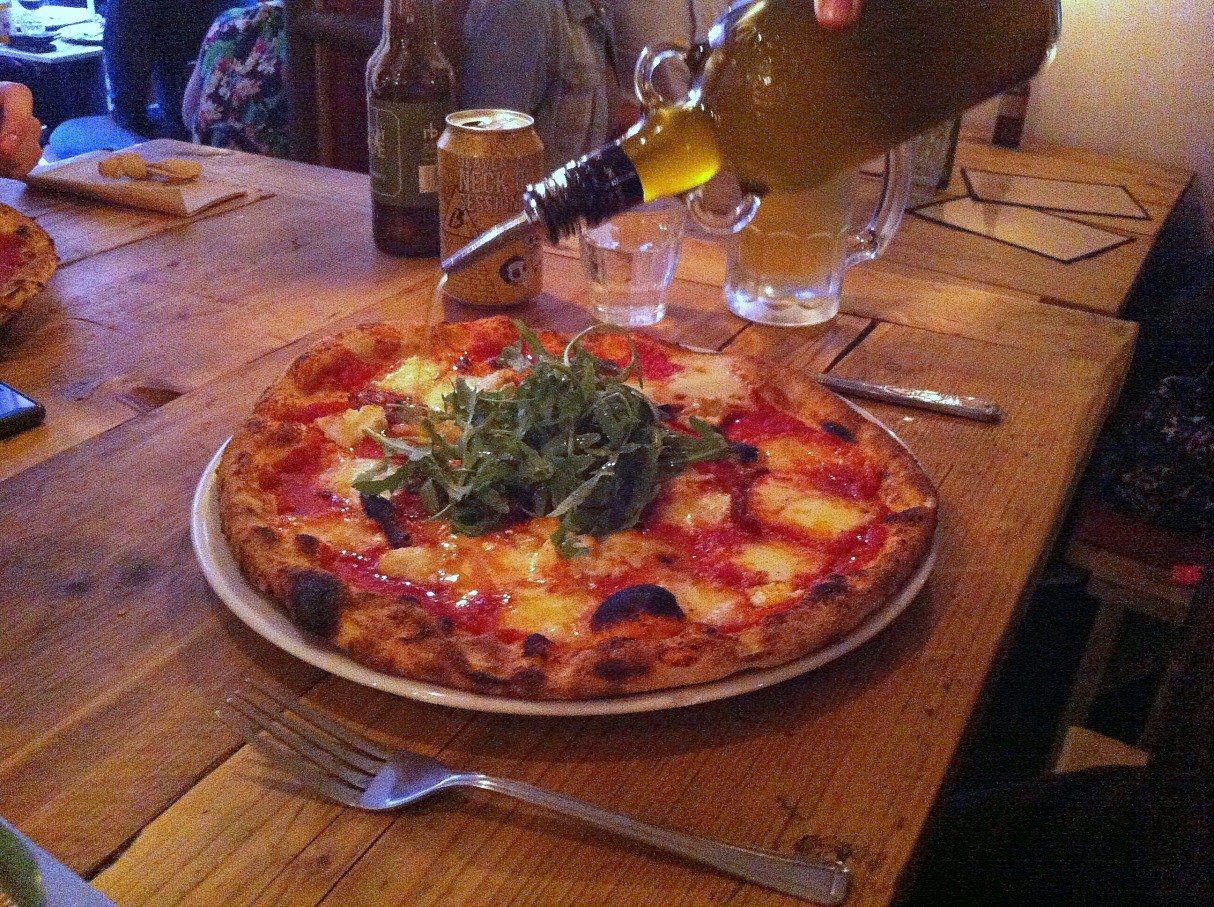 Our party started things off with the Meat Plate, a selection of charcuterie from local curers, which comes with sour bread (naturally) and homemade pickle. The meats were flavourful and perfect for a sharing starter, and at £6, we couldn’t argue with the price either. We also sampled the Daily Special side platter, which came with olives, sun-dried tomatoes and sweet Piquillo peppers. Finger food at its finest!

For main, we had pizza. What else!? We weren’t nearly finished with Sodo’s charcuterie so went for the Cured Meat pizza, which came with two different salamis, Parma ham and some fresh red chilli thrown on top to give it a slight kick. It’s the small details which makes Sodo such a good pizzeria. Half of the meat was crisped up during baking, while the other half was placed on at the end, for example. Along with the chilli, this meant it offered texture as well as flavour. 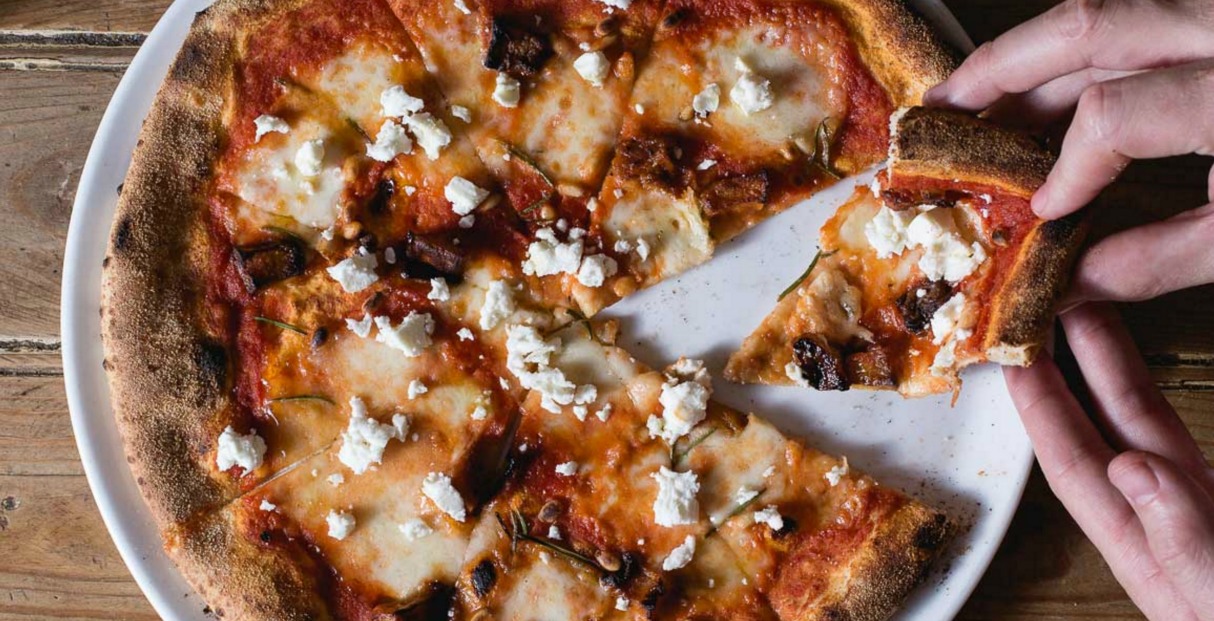 The Sunny Goat pizza – made with mozzarella, goat’s cheese, sun-dried tomatoes and wild rocket – also went down well with the party too. Just a word of warning; if you like some chilli oil on your pizza, Sodo’s is on the hotter end of the Scovilles! Our pizzas were priced at £10/£8 respectively, and we made that about right.

It hard to think of a more appropriate label for Sodo Walthamstow’s décor than ‘London.’ We by no means mean that as a criticism, however. The virtually all-wood haunt packs details aplenty with features which have been up-cycled, such as lamps made from empty tinned-tomatoes cans. Even the unisex sliding toilet door is just made from a piece of corkboard and a hook.

The lighting is dim and the music is at the perfect level to create an atmosphere while not drowning out conversation. It’s lively enough for a birthday meal but small enough for an intimate meal for two. The service was also fantastic. 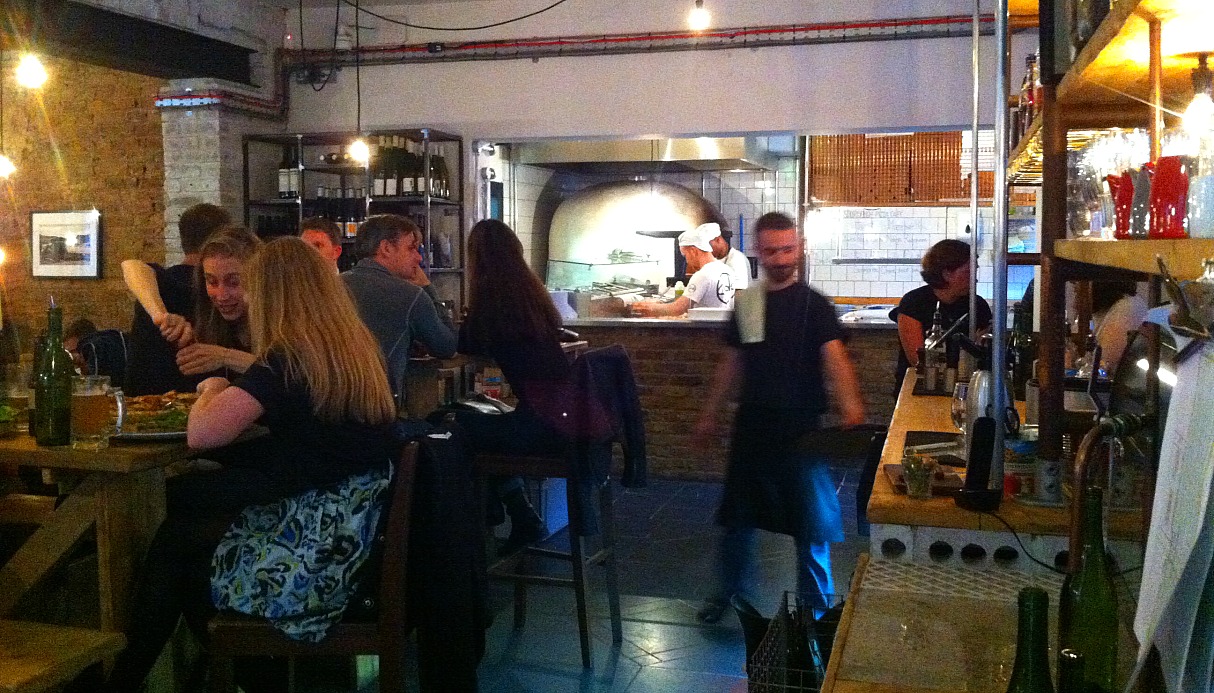 It should be noted that booze selection is also stunning here with a showcase of biodynamic and natural wines from independent producers, as well as local crafts from around London, including Beavertown, The Kernel, Fourpure and Redchurch. There’s also some good local alcohol-free options such as the homemade ginger ale and juices from Chegworth Valley.

Sodo is by no means a high-end affair, and all its restaurants fit like a glove into the London ‘cheap eat’ scene. But while they won’t rewrite the book, Sodo is doing its bit to elevate the humble pizzeria and we’ll absolutely be going back time and again. Head over to the Sodo Pizza Café Website for the full menu and opening hours. 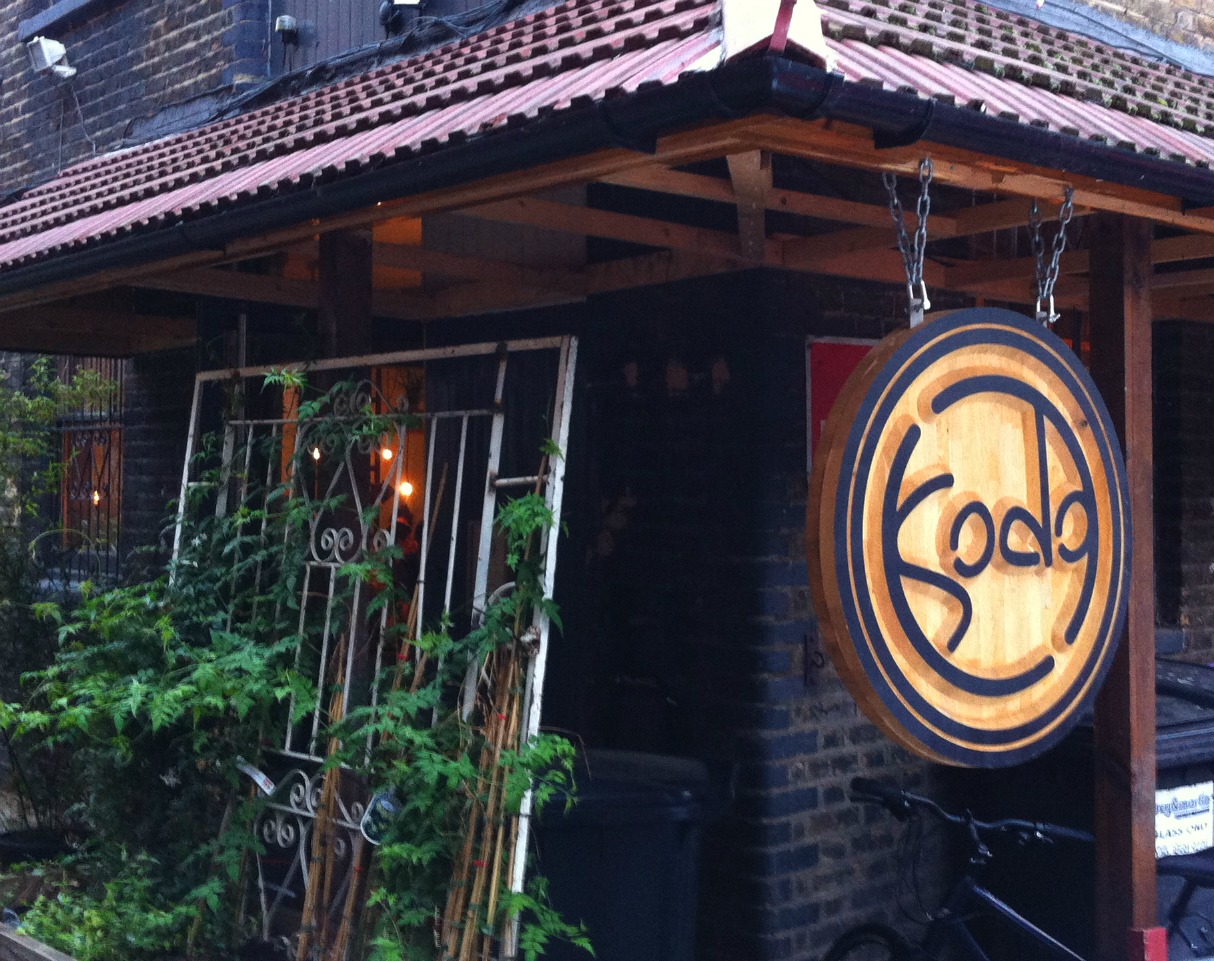