Songs to look out for if you’re not already in the know . . .

Maybe it’s her dick crunching FU demeanour? Or her coarse yet angelic voice? Or maybe I’m just a bit odd? Either way, with their follow up album ‘Music for Men’ due for release later this month, Gossip minus the ‘The’ return in truly breathtaking fashion.

Aided on production by Rick Rubin ‘Heavy Cross’ is a catchy indie/pop song that much like ‘Standing In The Way of Control’ is every bit a tune of rapturous anthemic proportion. Now if you liked the original, you’ll love their remix by French house DJ Fred Falk. Falk doesn’t so much as alter it; he bastardises it, in the beautiful way only he can. Falk takes the fierce vocals and heavy drums of the original and alters them to create a softer more Balearic chill out vibe. It’s one that’s sure to take the dance floors by storm.

I definitely recommend giving both the original and remix a listen. Like I said ‘Music for Men’ is set for release later this month an if this anything to go by, it’s going to be the ballacks!!! 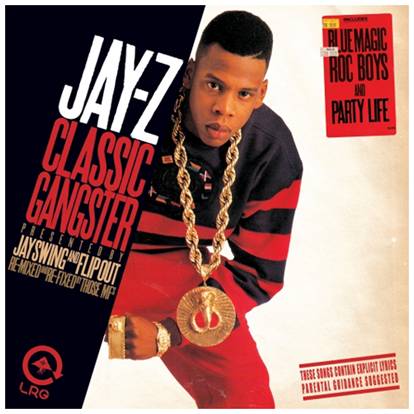 Who you kidding Jigga Man? You ain’t real . . . but when you’re able to come out with fresh meat like this, long may you continue to lie to yourself.

As is always the case with Jay-Z, we don’t hear anything for ages beyond the odd cameo on a Beyonce track but then he’ll return to scintillate our bits with a jaw dropping track. This time is none the different.

‘Death of Auto -Tune’ or ‘D.O.A’ (as it’s called on the street) will be the lead to single for his eagerly anticipated Blueprint 3 due September 11th. Despite the self evident merit to his rants, when I first heard Jay-Z was releasing a tune attacking/ ear-marking the death of Auto Tune, I was a little more than sceptical.

With slick lyrics bemoaning the use of “T-Paining it”, tight jeans, bright colours however, you can’t complain. I was instantly converted. D.O.A is true Jay – Z! It exudes such a swagger that truly ensures he is nothing short of the ‘Best Rapper Alive’!! It’s not about the provado for Jay -Z, its dedication to the actual craft of rhyming. Something the rest of the hip-hop fraternity might want to think about. Sorry I ever doubted you.

Currently the single of the week on Zane Lowe’s show, ‘Basic Space’ is the latest single from London foursome the XX.

Best described as magnetic, mesmerising, melancholic, minimalist, malefic music! (The alliteration is endless) It is simply raw and totally amazing. A parable for our times!!! Tad excessive but you get my point.

They describe their music as Pop / Soul / New Wave. Iregardless of what genre you call this, there’s something majestically mesmerising about this London act. A lot of this can be attributed to the dual lead vocals of Romy Madley Croft and Oliver Sim. With their hushed tones and minimal instrumentation, their chemistry is immense an utterly captivating. They sound like something fresh out of an incredibly gloomy Film 4 independent movie. I defy you not to be drawn in by their dark and nigh on monotone sound.

If you manage to get hold of this and like it, I’d whole heartedly recommend listening to some of their other stuff especially tracks ‘Crystalised’ and their Womack and Womack cover of ‘Tear drops’. They’re a definite band to watch out for. In the words of Alan Partridge, ‘Lovely Stuff’ 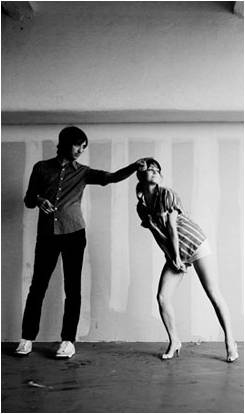 The Hundreds in the Hands

Here’s something a little different for you. . . .

‘The Hundreds in the Hands’ or ‘THITH’ are a two piece dance rock duo with a penchant for new age retrospective. Consisting of former ‘Boggs’ members Eleanore Everdell (vocals/ synths) and Jason Friedman (guitar), these Brooklyn natives are undeniably indicative of the many great bands (MGMT, Dirty Projectors, Boy Crisis, Chairlift) that appear to be coming out of that scene at present. Drawing from acts like LCD Soundsystem and Telepathe, THITH’s music appears to be a meeting of the old and new. It’s a new age retrospective that remains original and innovative in its approach.

Dresden/Undressed in Dresden is the duo’s debut double EP and their only music to date. The two songs provide the perfect foil for another, reflecting the different genres they draw inspiration from. Although Dressed in Dresden is not necessarily the most dynamic of pieces, it stumbles around with enough energy through its guitar riffs and ghostly vocals to fool you otherwise. Undressed in Dresden on the other hand is a slickly composed electro dance tune. If not both of them, I am sure one of these tracks is sure to appeal to you.

Let me know what you think, or even if I have missed some!