If you’re anything like us, you loved Robot Wars back in the day. But while it was great, I think we can all agree Sgt. Bash, Matilda and Sir Killalot would be infinitely improved if they looked like they could handle business in the Pacific Rim.

Well, believe it or not, mechanics from Japan and the USA have agreed to take on each other in a duel till the death of their proposed giant 15-feet-tall combat robots. And Team USA need your help!

American-based MegaBots, Inc., uses cutting-edge robotics technology to create the giant piloted fighting robots of science fiction, videogames and films. These robots fight in epic-scale arena combat the likes of which the world has never seen before. All the robots are piloted humanoid robots that can do all sorts, including fire cannonball-sized paintballs at each other at speeds of over 120 miles per hour.

MegaBots challenged Japan to one of these duels and they accepted! All the Japanese demanded was that the fight included hand-to-hand combat. So, Team USA assembled an incredible team of patriots to help upgrade their Mk.II into the robot America deserves. But they need your help to fund it!

At its current state, the Mk.II maxes out at 2.5 mph and is built for long-range paintball combat. That means it has thin and easily destructible armour plates and a mesh canopy. The entire robot’s built to be lightweight and isn’t really conducive to hand to hand combat! 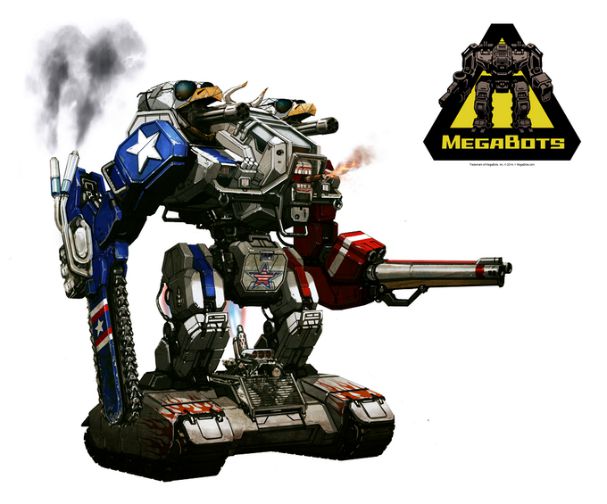 In order for the Mk.II to survive the duel, heavy duty armour plating needs to be added, along with some serious firepower, upgraded hydraulics to handle the heavier armour and firepower, as well as the top speed needing to be increased. Not to mention it obviously needs a badass paint job!

You help fund Team USA in their epic quest to beat the Japanese with a giant robot by pledging on crowd-funding site Kickstarter. MegaBots say they can get the job done with half-a-million dollars but a fully upgraded Mk.II could use $1.5million!

Team USA are almost half way to the $500,000 with a fair amount of time to go. So get over to the Team USA Robot Duel Kickstarter Page now where you can pledge anything from $5 for a pat on the pack to $5,000 to be a member of the pit crew! 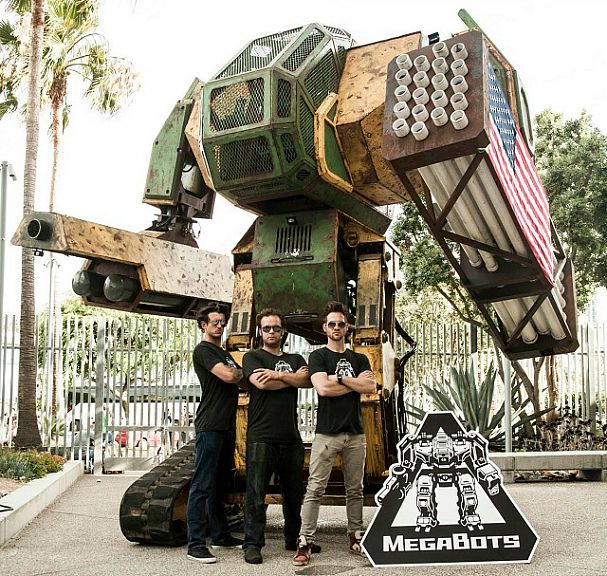