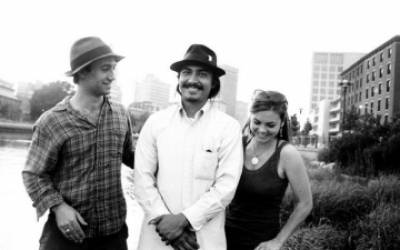 The group began in 2006 as collaboration between Ben Knox Miller – a folk musician/ poet and New Jersey jazz bassist Jeff Prystowsky. They were later joined by classical composer and NASA technician Jocie Adams. With all members of the band being multiple-instrumentalists, their music is best described as folk but has a definite soulful blues vibe to it.

The beauty of The Low Anthem appears to be their unique ability to transcend their sound beyond being just delicate music into an ever evolving and facile story. Such is the nature of their album ‘Oh My God, Charlie Darwin’, which is loosely based around the work of Charles Darwin. They are more the sort of thing you’d listen when you are on your own and seeking some down time. I quite like them!!

Their slow-moving, nostalgic “To Ohio” is about leaving a city (and a lover). Both languid and haunting, their music seems to draw on mixture of Simon & Garfunkel, Tom Waits an early Dylan. It’s enchanting and despite the roughness of miller’s voice, tender. ‘To Ohio’ definitely showcases the group’s softer side.

It’s a beautiful and heartfelt music that tells a story. I’d definitely recommend downloading it. They have just re-released their third studio album ‘Oh My God, Charlie Darwin’ on Bella Union too. Glad to see iTunes mixing it up.