The Stig from Top Gear Revealed 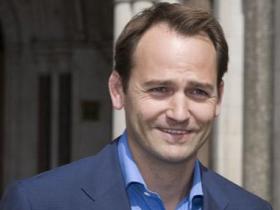 In probably the anti-climax of the year the infamous Stig from one of our favourite TV programmes, Top Gear has finally been revealed as Ben Collins. WHO? I hear you ask? Exactly….

Collins is a stunt / racing driver from Bristol and has been the Stig for a number of years. Only 6 people knew his identity for sure, including presenters, Jeremy Clarkson, James May and Richard Hammond. The BBC had tried to stop Collins revealing himself through his autobiography claiming he had signed a confidentiality agreement and argued that revealing himself would spoil the show.

Collins has also appeared as James Bond’s stunt driver in the past.

I assume the BBC will looking for a new Stig, and I would like to put myself forward. I even still have my costume from New Years Eve…