For all you fellow geeks out there, the UK’s biggest pop culture convention rolls into town this weekend when London Comic Con hits the ExCel Centre. You know the score by now; stalls, special guests, interviews, games and all the cosplay you could wish for!

Not all the guests have been announced yet, as is the way. But we do know that Doctor Who, Sherlock and Walking Dead are all getting plenty of coverage and our particular pick would be the screening of the new Raid film, Raid: Redemption. If it’s half a good as the Raid 2, it’ll be worth the admission alone. Be warned; there are no general sale tickets for Saturday left. So it might be worth heading down Friday while all the other Joes are at work! 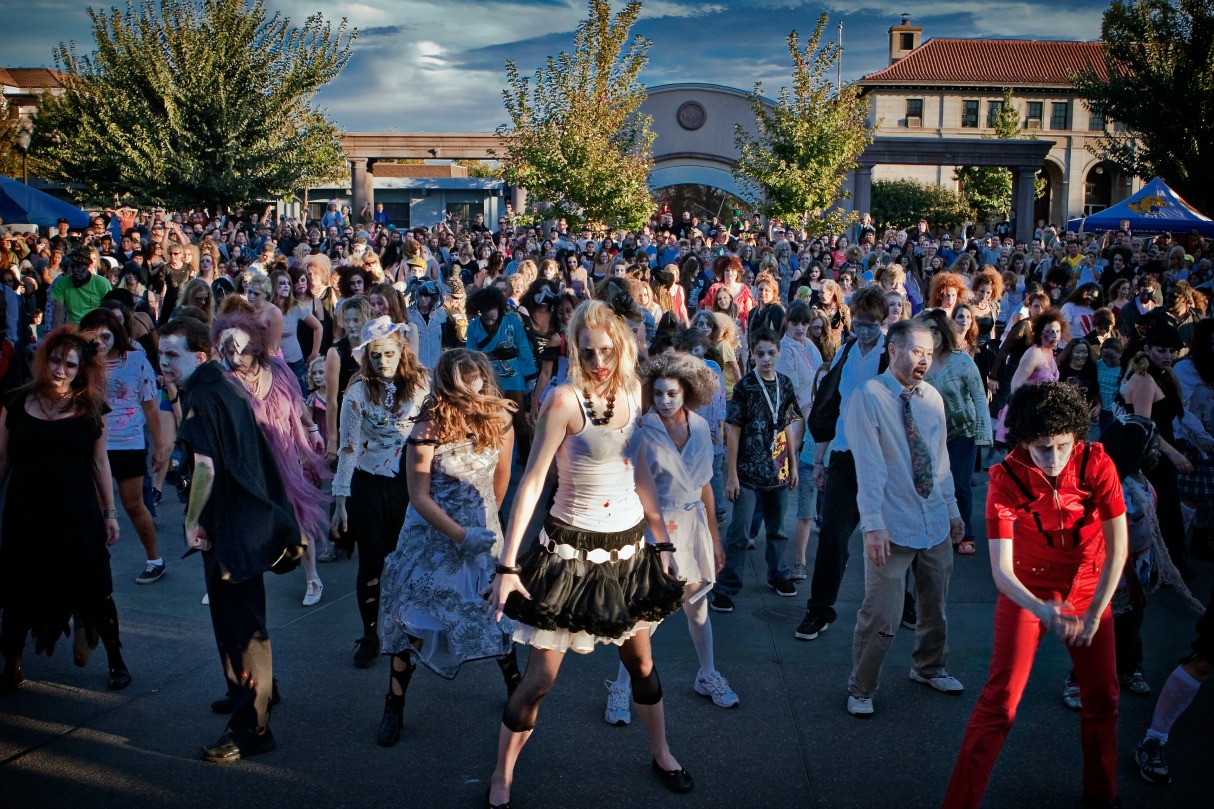 If one weekend of dressing up in blood drenched threads just isn’t enough for the zombie inside you, you might want to head down to Covent Garden this Saturday. Thrill the World is a dance concept which gets Joes and Janes around the globe to dance to Michael Jackson’s Thriller while dressed up in ghoulish outfits.

Thrill the World London isn’t doing it in half measures either and will see tens of thousands of zombies congregate on Covent Garden to attempt to break the world record for the biggest number of zombies dancing simultaneously to MJ’s classic. The dance takes place at 10pm, and even if you don’t want to get involved it’s going to be a sight regardless. With Halloween coming up, learning the steps to Thriller might be a good idea anyway! 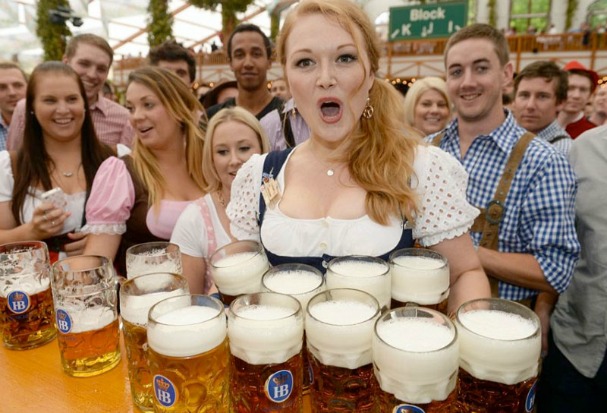 If, like us, the proposal of heading to Munich this month never got off the ground, why not head to Manchester’s Oktoberfest instead? The five day event sees the city’s Albert Square transformed into something resembling Bavaria with beers, snacks and all the sausage you could hope for. They’ll be events, plenty of long benches and live music performances to see the night away.

The gigantic tent which has been erected for the event has space for 2,000 Joes and Janes, and while entry was free on Wednesday, entry for Friday and Sunday will cost you £5. Unsurprisingly, the busy Saturday will see a £10 entrance fee. We suggest you get booking in advance if you’re planning on the Saturday! 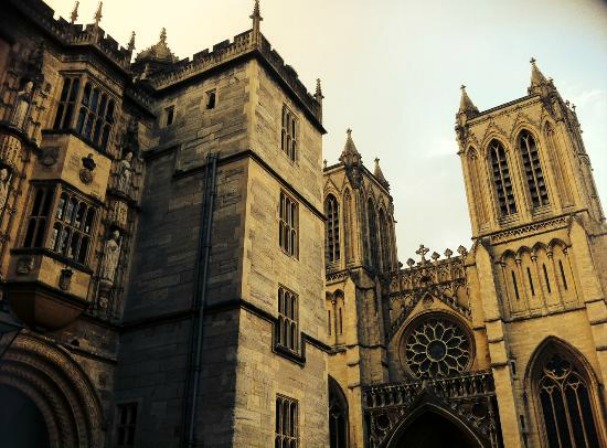 To get truly prepped for Halloween, we recommend residents of Bristol check out the Bristol Haunted and Hidden Ghost walk. Revealing the darker side to Bristol’s history, the walk delves into the haunted hotspots of the city.

You’ll find out about Clifton’s ghostly Dwarf Highwayman, Bristol’s famous Haunted Cinema as well as visit all of Bristol’s TV and film locations. A great way to get acquainted with a new city or to discover things you never knew about the city you reside in. Tours depart from Bristol Cathedral. 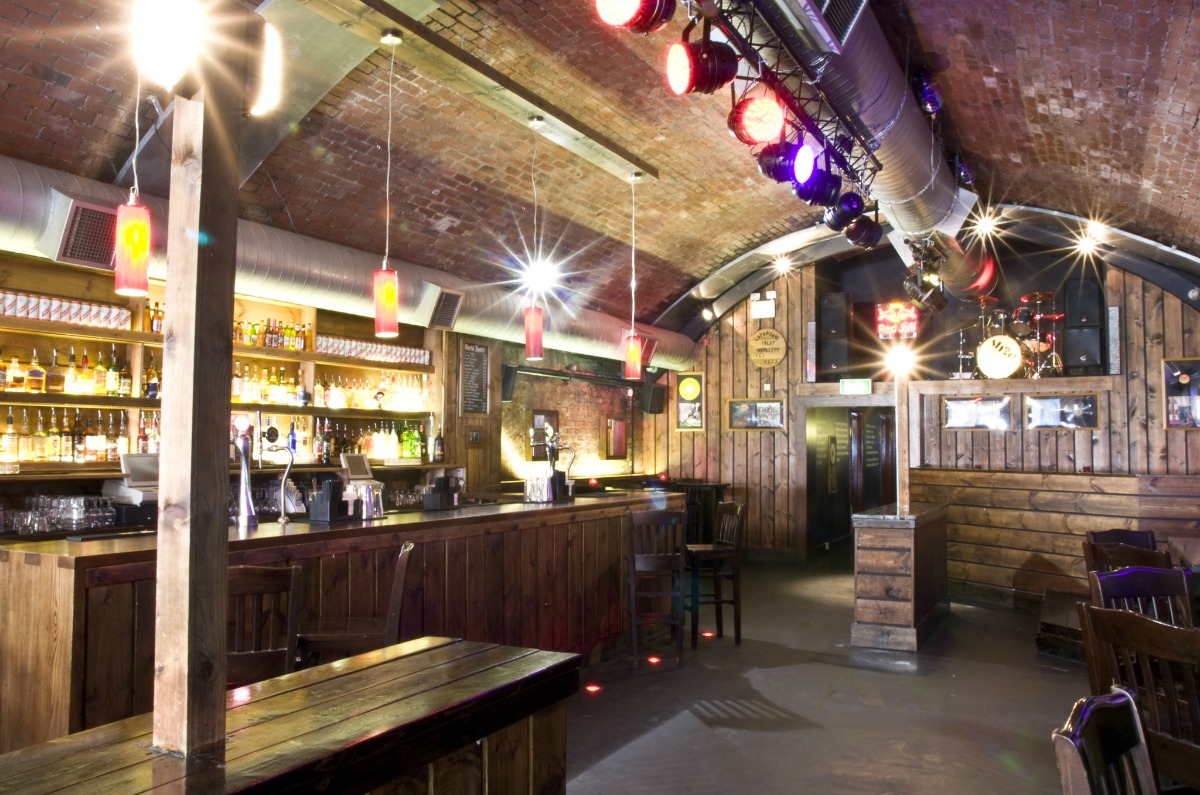 If you live in Leeds, chances are you would have at least heard about the Shed Bar. A favourite among students and young professionals in the city, the Shed Bar offers one of the best drinking haunts in the city, whether you’re going for after-work drinks or making a Saturday night of it. Tucked away underneath the railway arches, music is the focus in this indie bar. The walls are draped with posters and LPs of Led Zep, Hendrix and the like, and even the menus are designed to pay homage to iconic records.

The drinks selection is excellent with Japanese imported beers sat next to traditional English ales. The cocktail menu is extensive too and they’re reasonably priced at basically £7.50 for everything. There’s also a very handy happy hour between 5pm and 8pm where £3 booze makes the Shed Bar a Leeds must.