Having been hinted at yesterday, Sony and Marvel have finally dropped the first footage from the much anticipated Venom movie, with Tom Hardy playing the symbiotic antihero. And while the trailer to Ruben Fleischer’s film doesn’t give too much away, there are certainly some talking points!

Tom Hardy stars as Eddie Brock, probably the darkest comic book character around. Having first appeared in The Amazing Spider-Man comics in 1988 as a supervillain, the sentient alien became more of an antihero and is one of the most complex characters in the Marvel universe.

The whole Venom project has been shrouded in secrecy up to this point, and though we knew Hardy was the lead and it would probably be an origin story, that was basically it. So while the trailer to Fleischer’s take on Venom is light on violence and massive plot giveaways – we don’t even get to see Hardy as Venom in all his gooey glory – the trailer does confirm some important aspects of the film…

Michelle Williams may be a four-time Oscar nominee, but that doesn’t mean she’s not up for a blockbuster once in a while. The teaser gives us our first look at Williams as Ann Weying, Eddie Brock’s ex-wife in the comic series. She’s seen in a hospital hallway as Hardy’s narration talks about a “break up.” It’s probably safe to assume that their sticking to source material then… 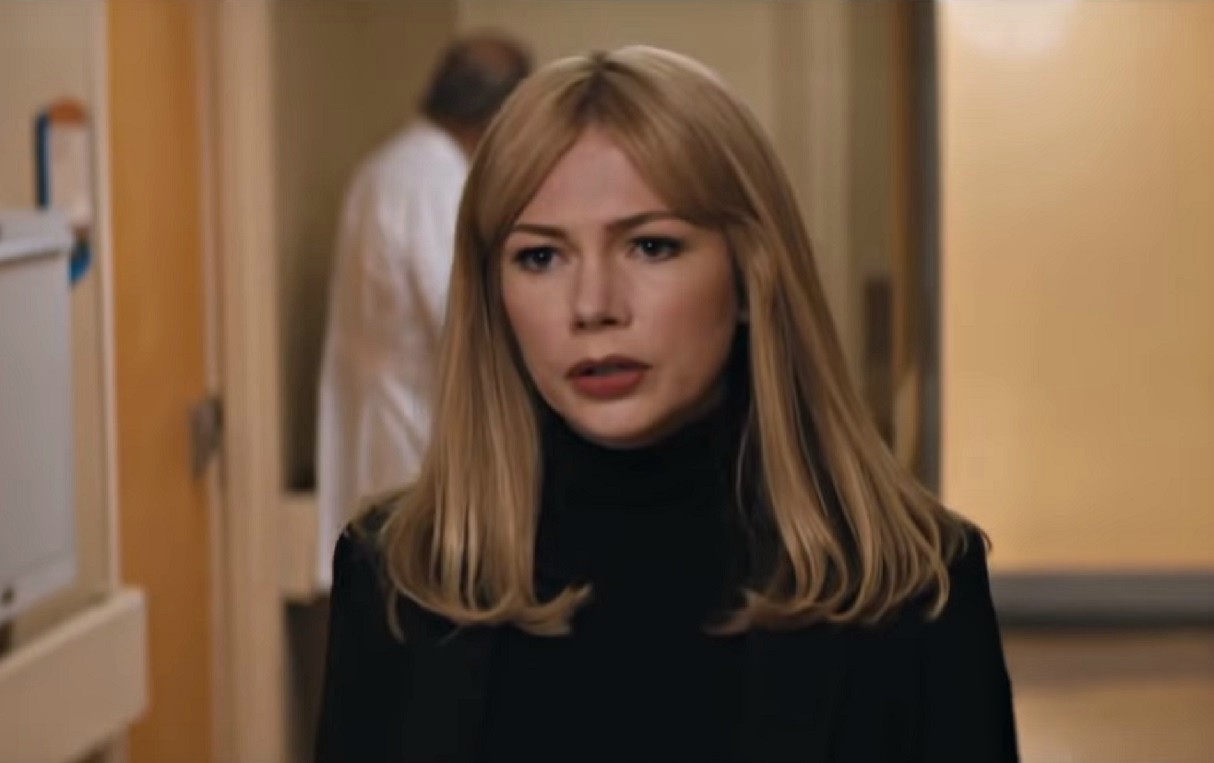 Riz Ahmed has long been one of the most under-rated actors out there, but he’s finally getting the recognition he deserves following a starring role in HBO’s ‘The Night Of’. Though nobody has actually confirmed who exactly Ahmed is playing, the trailer does seem to suggest he’s up to no good as we see him with a sinister grin as he lurks over a glass container full of the sinister symbiote. There’s talk he’ll be playing Carnage, but whoever he is, it’s fairly clear he’s the villain of Venom.

From the trailer, it appears as though Venom is going to be as pure an origin story as you can get. First we see images of some sort of crash/accident, which we can only assume is where the symbiote landed on Earth; then we have pictures of Hardy struggling in hospital, seemingly in an MRI machine. Hardy’s face shows increasing signs of agony and just as his neck veins begin to turn black, the trailer cuts. Obviously these could just be quick flashback shots, but it looks to us like we’re going to see Venom’s transformation in real time. 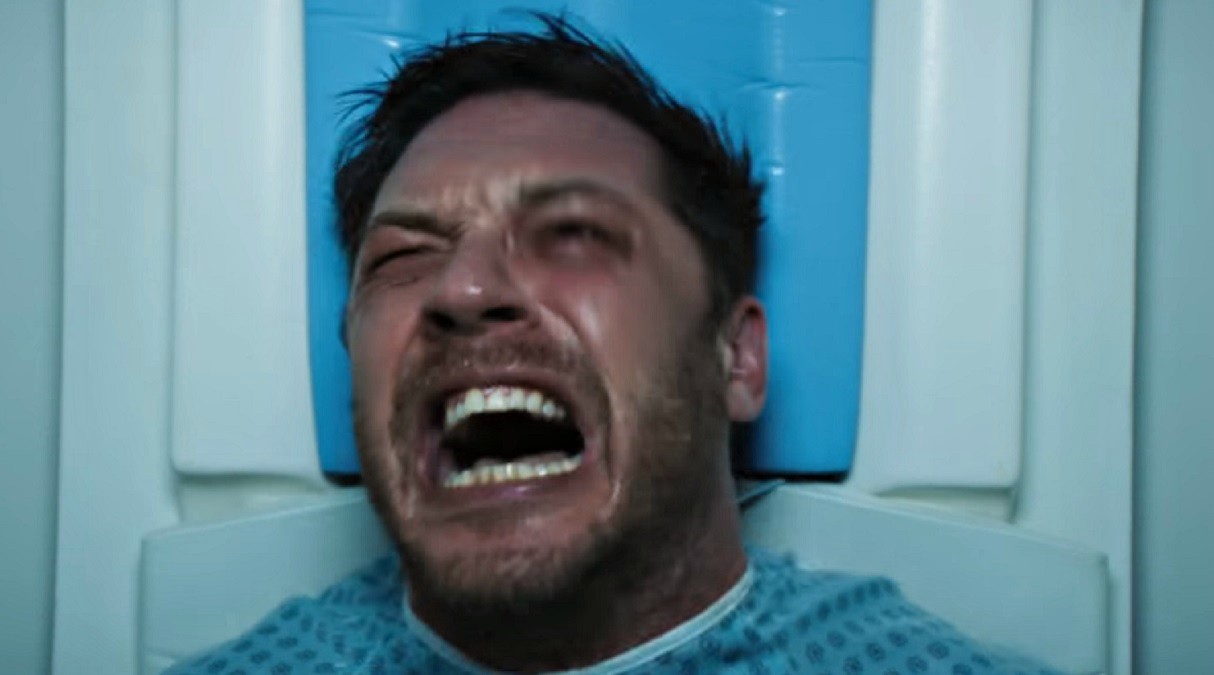 Venom is set to to be rated R in the States, which means it’ll at least be a 15 Certificate here in the UK. That can only be a good thing given the dark source material, and the teaser is a seriously good sign of things to come. 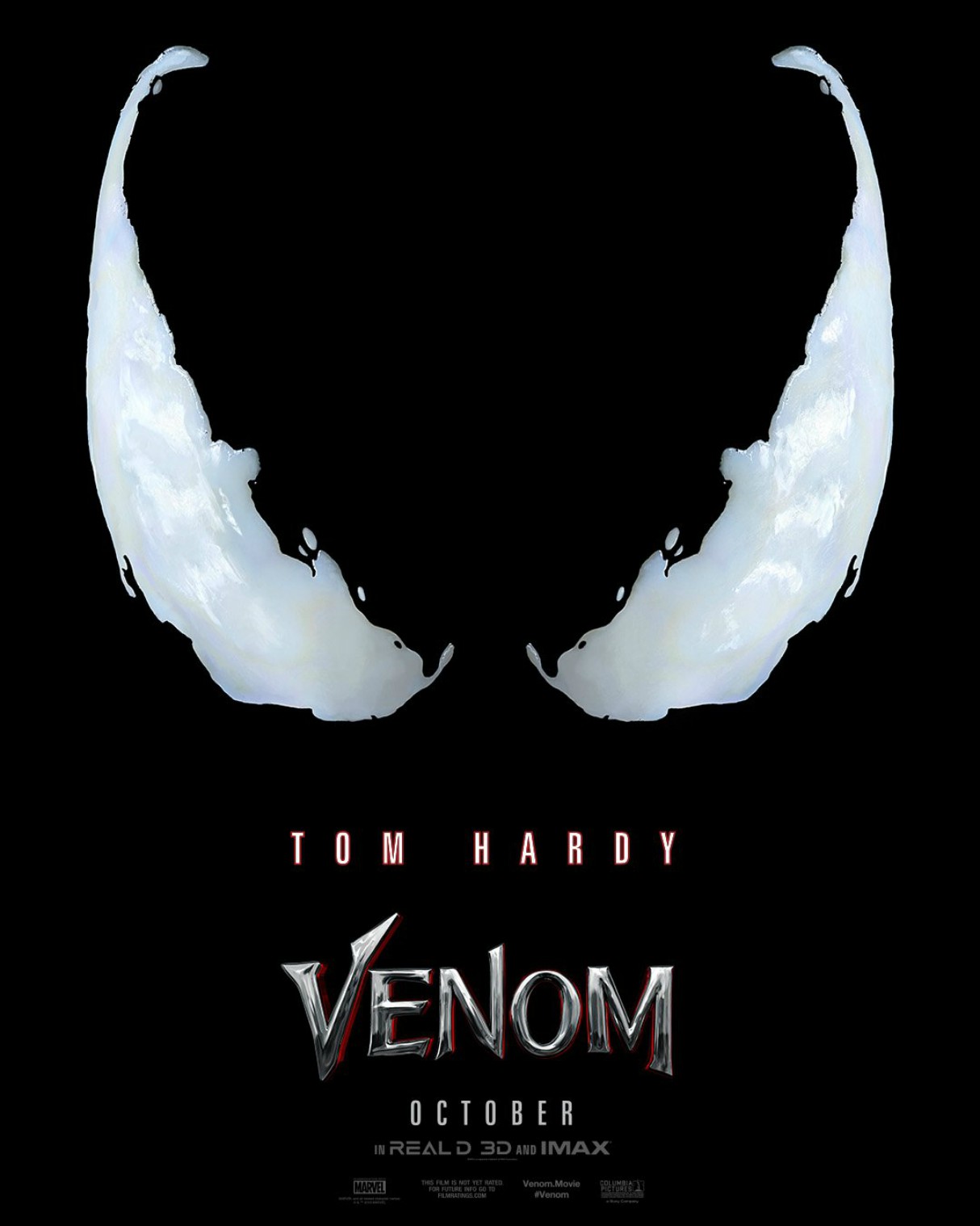