After stumbling across a retro cartoon from my childhood, a couple of us decided to trawl through the countless snippets on YouTube from our childhood to find you some gems. Some better than others I am sure, but here is a snippet of each of our top 10. Ok, firstly that is a complete lie. After starting with 10 we couldn’t cut it down. You actually have a massive 12 Retro Cartoons from the 80’s. 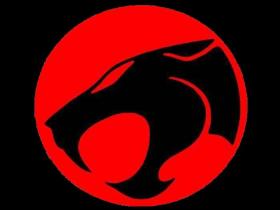 When you look back, I would still rather watch any of these rather than the tripe that kids today watch. Some crappy Aussie acting or a 12 year old girl on her period. Jeez, where did all the cool stuff go?

No doubt most people may choose a different order, but for us this is pretty damn good!! What do you think? As always let us know in the comments, twitter or facebook.

12. Danger Mouse
Loosely based on James Bond, Danger Mouse is a British super hero / spy who with his best friend Penfold aims to save the world from arch enemy Baron Silas Greenback. Did you also know that many of the characters, including Danger Mouse were voiced by actor David Jason?

11. Defenders of the Earth
Featuring future classic household hero’s such as Flash Gordon, the Phantom and Mandrake the Magician, who of course battle it out against that man Ming the Merciless. originally appearing in 1986 and lasting a massive 65 episodes, this is a cult classic.

10. Transformers
Yes I know you are wondering why is this only at number 10, well… With it still in our faces all the time and one of the longest series of products ever I really don’t think they need to the props from us! Yes Optimus Prime pitted against Megatron is probably the best battle ever, but still. Originally released in 1984 this is the biggest and most successful cartoon ever!

9. BraveStarr
Originally debuting in 1987 did you know BraveStarr originally spawned from GhostBusters? His arch enemy Tex hex appeared in Ghost Busters in 1984 and subsequently got the spin off where BraveStarr was born. You should remember Marshall BraveStarr with Eyes of the Hawk, Ears of the Wolf, Strength of the Bear and with Speed of the Puma!!

8. He-Man and the Masters of the Universe
He-Man, alias Prince Adam and his twin sister She-Ra protect Eternia and the Castle of Grey Skull from their arch enemy Skeletor. Helped out by his cowardly cat Cringer who famously turns into battle cat once Adam becomes He-Man. Now name me anyone who hasn’t see, and even owned He-Man and Battle Cat!!

7. Dungeons & Dragons
Controversial for it’s years, Americans actually tried to ban Dungeons & Dragons for kids as they deemed it to violent for a cartoon. 6 childhood friends; Eric, Bobby, Hank, Diana, Presto and Sheila enter the mystical relm of Dungeons & Dragons through their local fairground ride, and of course always accompanied by Bobby’s pet Uni, the Unicorn.

6. The Real Ghost Busters
Based on the original film in 1984, the actual cartoon series ran from 1986 to 1991 and span a total of 147 episodes. The four man crew of Peter Venkman, Egon Spengler, Ray Stantz, and Winston Zeddemore were backed up by secretary Janine Melnitz and of course, the friendly ghost that is Slimer.

5. Banana Man
Eric Wimp, an ordinary schoolboy, living at 29 Acacia Road, Nuttytown… You know the rest. Everytime Eric eat’s a banana he turns into Banana Man, with the strength of 20 men. Along with his trusty sidekick and pet Crow would fight crime and his arch enemy General Blight

4. Visionaries
Originally appearing on our screens in 1987, you probably won’t remember the name, but I bet you would remember the intro and cartoons. Appearing for only 13 episodes, did you also know they all got killed in a special 3 episodes with the Transformers…

3. Go-Bots
Originally appearing in 1984, there were 65 22-minute episodes of these transforming robots, obviously not to be confused with transformers… They also had a spin-off movie ‘Battle of the RockLords’ Good enough to get in this list in it’s own right but I am afraid no decent video!!

2. Thundercats
Needing no introduction, this was childhood cult debuting in 1985 and our standout favourite. A total of 5 series followed the lives of Lion-O, Cheetara, Snarf and the teamfinally finishing in 1990. However rumours have it that both an animated film, and new cartoon series will be on screens within the next 2 years…

1. Teenage Mutant Hero Turtles
Only called ‘hero’ turtles in Europe, they were actually the ‘Ninja’ turtles worldwide but the name was changed due to controversy on release in the UK of Ninjas and nunchuks. Infact early episodes in which Michelangelo would use his nunchuks were actually cut from UK episodes. If you listen to the UK theme carefully, you can even hear the poor dubbing. Originally making it’s debut as a pilot in 1987, the full first series started in 1988. Michelangelo, Leonardo, Raphael, Donatello and of course, Splinter and April were the good guys against the like of arch enemy Shredder in literally hundreds of episodes. Making this one of the most popular cartoons of all time.