There’s not much better than hanging with your mates for ‘mantime’ and watching a film, it gets even better when that film is a classic film revolving around the world of sport!! There have been many, many failures that never lived up to expectation; Mean Machine starring Vinnie Jones is one great example! But there have also been a few corkers along they way.

Here is our take, but as always don’t be afraid to add yours below or send them to us on twitter or facebook; 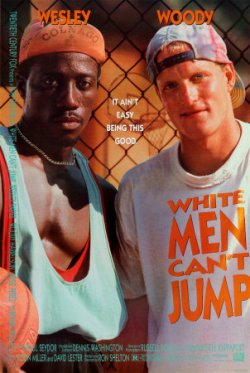 Probably one of the movies that stands out when I think about the first films I ever saw. Starting off as enemies on the court Billy (Woody Harrelson) and Sydney (Wesley Snipes) are two Basketball Hustlers in LA trying to make a bob or two. They eventually team up in an attempt to change their fortune, but Billy is also being chased by a couple of Gangsters to whom he owes money. Also look out for Rosie Perez who plays Billy’s girlfriend. Hot in a weird kind of way! 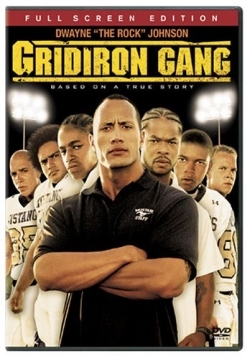 Yes I am afraid I am serious! Dwayne Johnson stars in Gridiron Gang, based around American Football and offering hope to the youth offenders by allowing them to play ball. Will they be able to overcome themselves, and their critics though? based on the true story of juvenile detention camp probation officer Sean Porter. 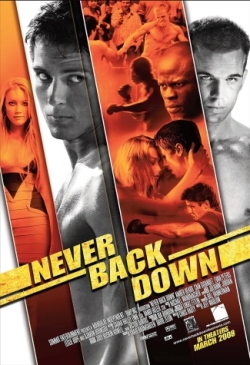 Ok I admit, not the best film by a long shot. But with the huge growth of MMA and UFC in the last few years, this is currently the best film about the subject and it is very easy to watch! Expect a Hollywood Blockbuster in the next 12 months, but until then you will just have to make do with this. 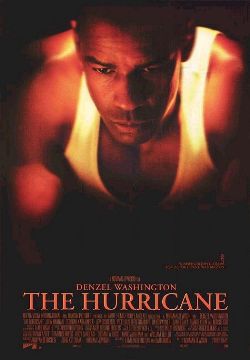 Another moving true story from the life of Rubin “Hurricane” Carter played by no other than Denzel Washington. After a troubled youth Rubin turns to boxing and becomes a very successful middle-weight, however once in his prime he is accused of murder and put away for three life sentences. Will a young boy be able to inspire the Hurricane and help release him from jail? 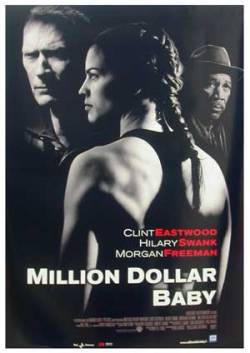 Critically acclaimed, and with an all star cast including Clint Eastwood, Morgan Freeman and Hilary Swank. Million Dollar Baby follows the life of boxing coach, Frankie Dunn (Eastwood) and female waitress / wannabe boxer Maggie Fitzgerald (Swank). Maggie want’s to change the fortunes in her life by becoming a female pro boxer and needs a coach, however will Frankie’s lost relationship with his own daughter stand in the way? 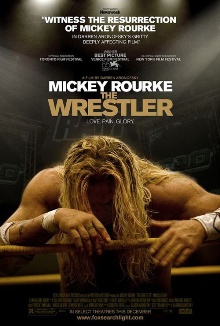 Mickey Rourke comes back into the limelight in The Wrestler. After struggling as an aging pro-wrestler Randy ‘The Ram’ Robinson decides to hangup his ‘onesy’ and get his life back on track with a normal job, and hopefully his family. But will a last ditch high profile match change his life for ever? 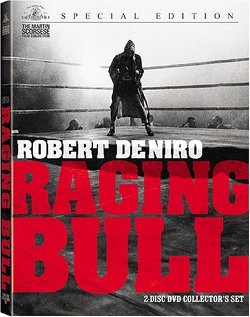 Needing no introduction, and I am sure this will be the number one for alot of you. But coming in at number 4 is Robert de Niro in Raging Bull. Based on the life, and written by Jake LaMotta, directed by Martin Scorsese, Raging Bull follows Jake’s success in the ring, and troubles out of it. 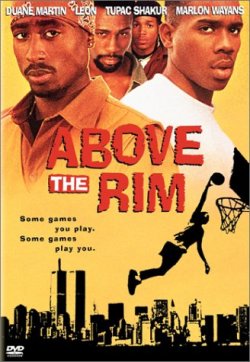 Some of you may have probably never heard of this film, but if you do one thing today buy (download, or whatever you do!) this DVD and watch it. Following the life of Kyle Lee Watson (Duane Martin) as a promising young basketball star mixing in the the wrong crowd led by Birdie (Tupac Shakur). Luckily Leon, Birdies brother, puts his life on the line to help Kyle realise his dream. 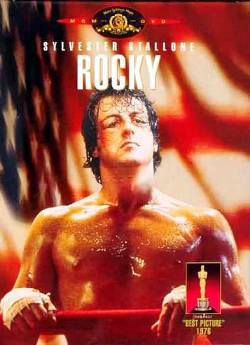 The original and the best in my opinion. Rocky is Sylvester Stallone’s first step into the ring as the Italian Stallion, Rocky Balboa. As a struggling amateur boxer, Rocky get’s involved in an exhibition match with World Champion Apollo Creed. The thing is, nobody tells Rocky this is an exhibition!!

1. Any Given Sunday (1999)
We have had Robert de Niro, and now it is Al Pacino’s turn is the gripping American Football drama, Any Given Sunday. A star studded, young cast including Pacino, Cameron Diaz, Dennis Quaid, Jamie Foxx and LL Cool J each play their parts in a struggling American Football team coached by big Al himself. Jamie Foxx plays Willie Beaman who is given the chance of a lifetime to playing starting quarter-back. But will he take it?