If you have an iota of interest in the movies and television, you’ll know that Hollywood has a habit of packaging their glittering creations with the tagline, “based on true events.” We like realism. Realism is in. You only have to look at some of the most universally acclaimed TV series in history to see just how much we value it. The Office was praised for it’s subtlety and everyday likeness, while it’s been said The Wire’s ‘greatest accomplishment is its use of melodrama […] in realism’. Sure, sometimes in film (particularly in horror) the ‘true events’ are stretched to the limits but biopics always draw in crowds. The market is clearly there.

So what of upcoming Oscar-bait, Foxcatcher and what is the actual true story of the Foxcatcher? The story sees the tale of Olympic amateur wrestlers Mark Schultz (Channing Tatum) and Dave Schultz (Mark Ruffalo) and their quest for wrestling success while being trained at Foxcatcher Farm – a training complex on the grounds of millionaire philanthropist John Eleuthère du Pont’s estate (played by a facially transformed and striking Steve Carell). It doesn’t take much knowledge of the Academy Awards to know that, on paper, the story of Team Foxcatcher has all the ingredients to be in the running for a big night on the red carpet. But how genuine were the events of the Schultz brothers and John du Pont? The truth, in all honesty, is stranger and more fascinating than fiction.

John du Pont was an heir to the du Pont family fortune and lived in a 440-acre (1.8km²) mansion in heart of Pennsylvania, Newton Square, known as Liseter Hall. du Pont was a relatively successful ornithologist having published several books on birds as well as a keen conchologist (the study of mollusc shells). He was also an avid philatelist having once paid $935,000 for one of the rarest stamps in the world, the British Guiana 1c black on magenta from 1856 – only one of which had ever been made. As a philanthropist he founded and opened the Delaware Museum of Natural History in 1972 and was also a regular contributor to various universities and educational institutes.

After taking up an interest in amateur wrestling, du Pont founded a training facility centre on his estate to provide young athletes with the coaching and facilities to succeed at the highest level of the sport. Two of these athletes were Mark and Dave Schultz – brothers from Palo Alto who both displayed excellence in wrestling. Dave, the older brother, would become close to du Pont, and in 1990 was hired to coach, as well as compete, at the training facility where he and his family would also live. ‘Foxcatcher Farm’ as it was now dubbed, become the elite amateur wrestling centre in America and was designated an official Olympic training site for wrestling by USA Wrestling for the 1988 Seoul games. The team was named ‘Team Foxcatcher’ – a named that derived from du Pont’s father’s noted racing stable. 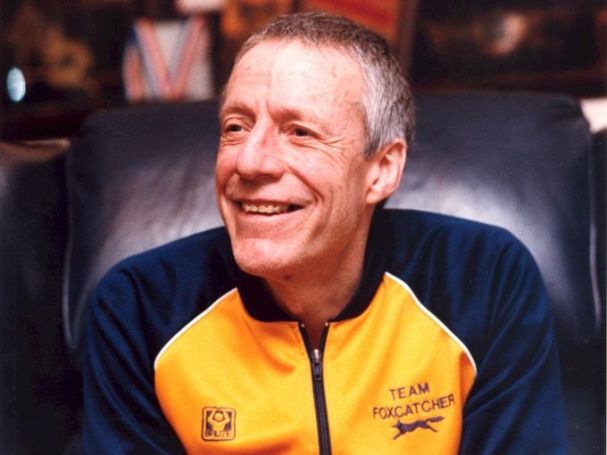 Dave Schultz was an Olympic gold medalist in the -74kg category and was also a six time world medalist. He won his Olympic title at the Los Angeles games in 1984 at the same time his brother, Mark (who was considered the more talented), was winning an Olympic gold in freestyle wrestling in the -82kg category. Arguably Mark’s bigger successes, however, were the two World Championships he won in 1985 and 1987. The Olympics in 1984 were boycotted by wrestling powerhouses Russia, Cuba and Iran but they were all represented in ’85 and ’87. The Schultz brothers won more NCAA, U.S Open, World and Olympic titles than any other American brother combination in the history of the sport.

John du Pont grew close the Dave over the years and between them they coached over a hundred budding wrestlers. But du Pont’s personality could be difficult and he often found himself in conflict with others and himself. In the 1970’s, it’s said du Pont almost shot a 12 year old boy while firing a gun at geese that lay on his pond. A swim coach on the estate claimed du Pont had been angered by the fish not biting for him while fishing. During the 1990s, those close to him had said he had been exhibiting strange and aggressive behaviours. Bizarre incidents included accusations of racism towards black members of the wrestling team resulting in three leaving the squad; a lawsuit was filled by his wife whom he had threatened with a gun after believing she was a Russian spy; and most surreally he had installed “ghost-finding” cameras in his mansion, believing the clocks in the treadmills were taking him back in time.

Despite support from Dave Schultz and others close to him, du Pont travelled further into the depth of delirium bought on by his yet-undiagnosed paranoid schizophrenia. However, his fortune protected him from any intervention. To illustrate such a point, he provided local police with bulletproof vests and trained officers in his own shooting range. In return, he “was allowed to play the part of a police officer, driving around with a badge, gun and siren.” In an article in the New York Times, it’s argued du Pont ‘used his fortune in ways that ensured that he was the centre of attention’ and portrays a lonely figure, using his wealth to purchase things that didn’t naturally occur for him: adoration, friendship and pride. 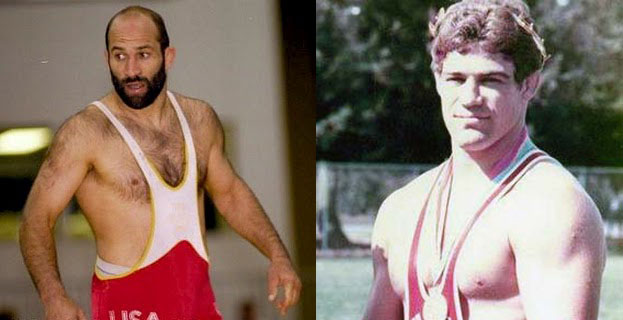 The Murder of Dave Schultz

On 26th January 1996, John du Pont murdered Dave Schultz with three shots to the body with a .38 revolver. He was shot on his driveway in broad daylight in front of his wife, Nancy, and du Pont’s Head of Security, Patrick Goodale. Dave Schultz was 36 years old. He had two children – a son, aged 9 at the time, and a daughter, aged 6.

After the shooting, du Pont locked himself in his mansion for two days while negotiating with police. Police turned off his power and du Pont was captured while attempting to fix his heater outside. He was ruled psychotic and spent 3 months in a mental hospital while being reviewed by the courts.

There were no motives put forward by the defence nor the prosecution for the murder, although one witness claimed du Pont had said he believed Schultz was part of an international conspiracy to kill him. du Pont pleaded “not guilty by reason of insanity”. The plea was rejected by the jury and he was found “guilty of third degree murder but mentally ill.” He was sentenced to 13 to 30 years incarceration.

After Dave Schultz’s murder, 20 athletes were left without training or coaching resources six months before the 1996 Olympic games. Schultz’s widow founded the Dave Schultz Wrestling Club in March 1996 to sponsor these without resources through to the games. The club continued look after until in closed in 2005. Among wrestlers helped by the club was Olympic champion turned WWE superstar Kurt Angle.

Team Foxcatcher lost Mark Schultz to a potent mixture of cocaine and anxiety brought on by the pressures of a grueling training schedule and du Pont’s incessant demand for success. Mark did, however, acquire various martial arts skills and quite incredibly had a UFC bout against Gary Goodridge at UFC 9 in 1996 after his friend, Dave Beneteau pulled out due to injury. It was just 4 months after his brother’s murder. Mark won in impressive fashion and had a chance to make a career out of UFC. But he damaged his back due to a “genetically narrow spinal canal” and had to choose between an unstable UFC career or a guaranteed earner coaching wrestling at Brigham Young University. He understandably chose the later.

Mark Schultz obviously made quite the impression and was recently named the ‘Greatest Wrestler in UFC History’ stating he ‘possessed more gifts than any competitor to ever step foot on a wrestling mat, or to enter a UFC Octagon, and we should all feel a bit of disappointment in the fact that he only fought once.’ Mark Schultz now a life coach and motivational speaker. 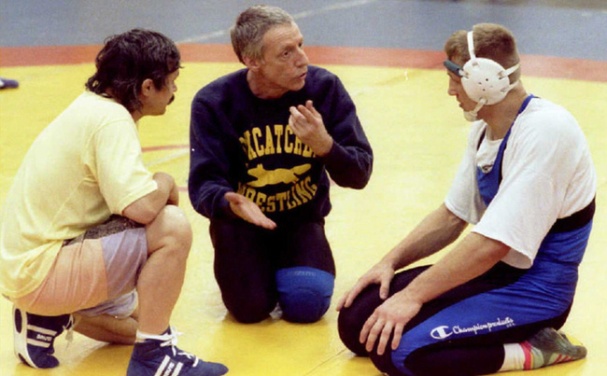 True Story of The Foxcatcher

In fairness, nothing about the branding of the Foxcatcher film is glittering. And it’s sure to be as engrossing and tragic as the story suggests if early reviews are anything to go by. Directed by Moneyball and Capote director Bennett Miller and also starring Vanessa Redgrave and Sienna Miller, Foxcatcher opens in the UK on the 9th January 2015. Check out the trailer:

The Foxcatcher is due for UK release on 9 January 2015 and you can find more information on the film from IMDB.