How Did the Jamaican Bobsled Team Form?

Cool Runnings begins with the depiction of a local pushcart derby going down the Blue Mountains taking place on the island. And according to the Jamaican Bobsleigh Federation, the very first team can actually trace back its origins to the pushcart derby. American businessman George Fitch (who isn’t mentioned in the film) was living in Jamaica and spotted the resemblance between the sport and bobsledding, and subsequently took the idea of a national bobsledding team to the country’s Olympic association.

Soon enough a programme was set up – albeit with very limited funds. Fitch funded much of the running costs himself, convinced a team from Jamaica could be successful. Unlike in the film, the team was not ran by one single coach. Instead, various coaches were recruited from the United States and Austria with members of the team trained in Austria and Lake Placid in the US. 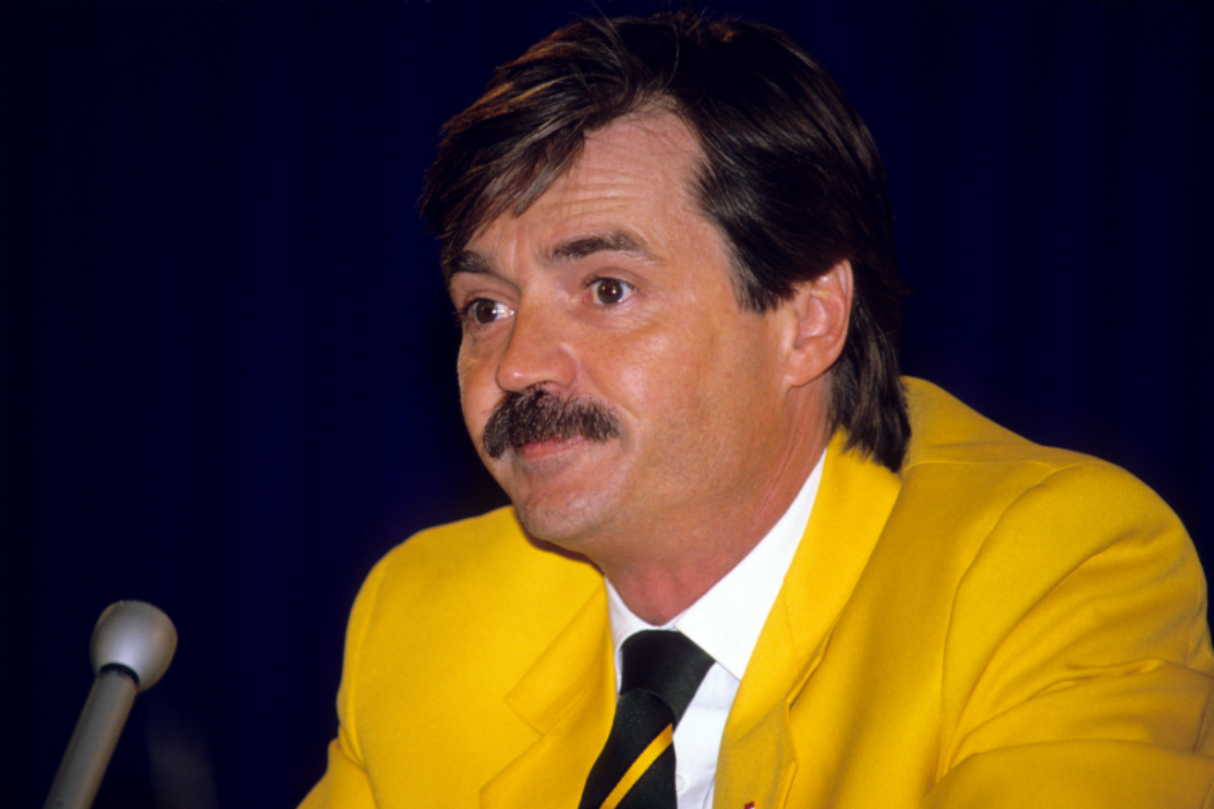 Who was in the 1988 Jamaican Bobsled Team?

The 1988 Jamaican Bobsled Team in Calgary consisted of Devon Harris, Dudley ‘Tal’ Stokes, Michael White, and Freddy ‘Reggae’ Powell. An additional member, Caswell Allen, pulled out of the team at the last minute and was replaced by Tal Stokes’ brother, Chris Stokes.

The film shows the team being formed by Jamaican sprinters who failed to qualify for the 1988 Summer Olympics. In reality, while Fitch did approach some of Jamaica’s best athletes, nobody was interested and he was therefore forced to hold open try-outs. At the try-outs, it was suggested to Fitch by a man named Ken Barnes – who incidentally is former England international John Barnes’ father – to recruit from the Air Force. 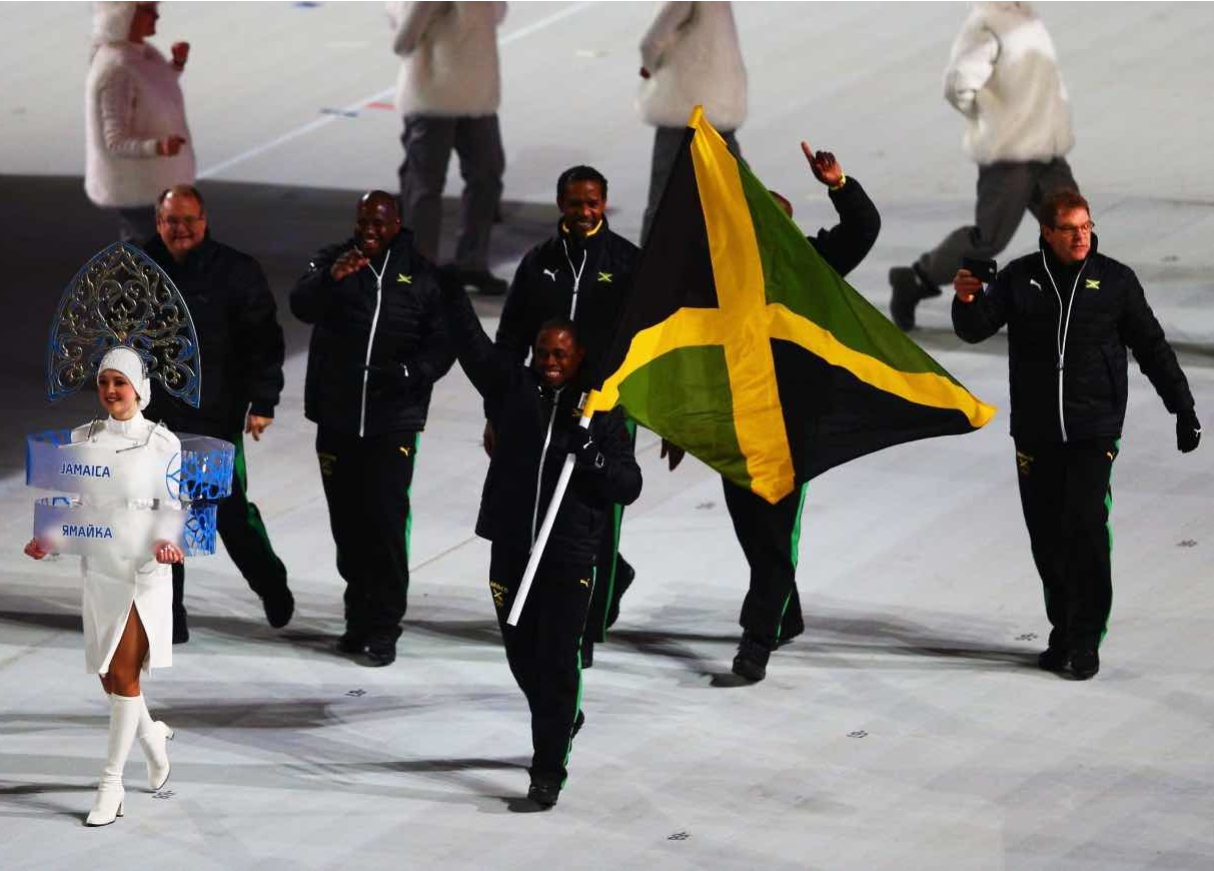 On a recent Reddit AMA, Dudley ‘Tal’ Stokes said that he was never a sprinter and he only got into the sport of bobsleighing because he was told to; ‘I got into bobsledding because I was told to go. I was in the Army at the time. The Colonel made the suggestion to me and because I was a Captain, you do as your told and obey orders.’

As depicted in Cool Runnings, the team’s Head Coach was an American. But unlike in the film, his name was Howard Siler and he hadn’t been disgraced in the sport. He’d also never won a gold medal. George Fitch also accompanied the team in Calgary.

Did the 1988 Jamaican Bobsled Team Really Get Disqualified?

The team had very little time to prepare for the Winter Olympics. Stokes has since claimed that he only saw a bobsled for the first time in September 1987, before competing at the Olympics in February 1988. This meant that the International Olympic Committee (IOC) did temporarily disqualify the Jamaicans 10 days before the start of the Games as they hadn’t competed in enough races to qualify. It was Prince Albert of Monaco – who competed in every Winter Olympics from Calgary to Salt Lake City in 2002 – who stepped in to ask the IOC to reconsider. They did. And Jamaica were reinstated.

Despite the reprieve, it wasn’t easy for the team to compete. Not only were they using less-than-reliable borrowed equipment, Stokes was also struggling with a shoulder injury. But while depicted otherwise in the film, the Jamaicans were extremely popular at the Olympics, with the American media in particular giving them plenty of coverage. 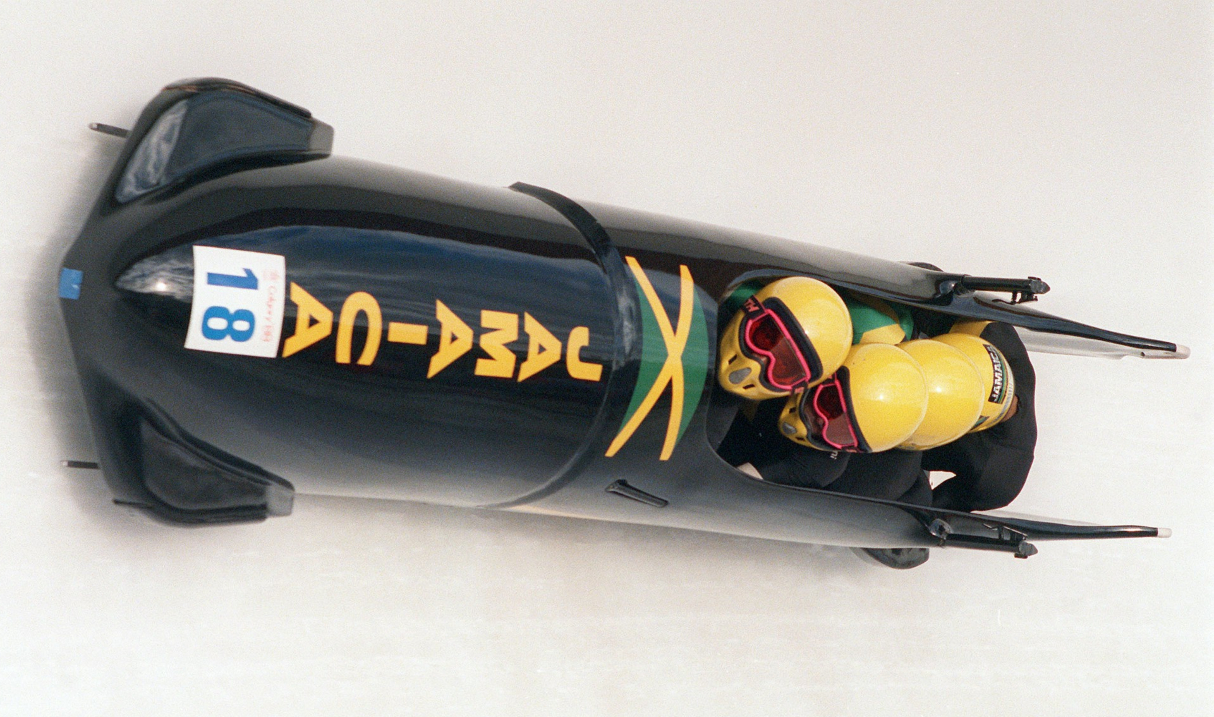 How Did 1988 Jamaican Bobsled Team Perform at the 1988 Olympics?

This is where the film contrasts greatly from the reality. Firstly, an Olympic Bobsled competition at the time consisted of four runs rather than the three depicted in Cool Runnings. They were also never in medal contention.

While the Jamaicans did get off to a fast start, after their first run they were 24th place out of 26 having completed it in 58.04. Their second run was completed in 59.37, which was the 25th worst time. The team got progressively worse and clocked in the worst time of run three at 1:03.19. This left them in last place going into the final run, over three seconds behind Portugal in 25th.

As shown in the film, the Jamaicans did however crash on their fourth and final run. They crashed at speeds over 80mph (130kmh) and their helmets did scrap against the wall for 600m until they came to a stop. Unlike in Cool Runnings, the Jamaicans didn’t carry the sled on their shoulders to the finish the race. Instead, they simply pushed it to the finish line. Though they didn’t receive the rapturous ovation seen in the movie, they did receive some applause.

Does Jamaica Still Have a Bobsled Team?

The Jamaican bobsled team returned to the Winter Olympics at Albertville in 1992 where they finished 27th out of 31 teams. Two years later in Lillehammer, Jamaica established themselves in the sport, finishing 14th and beating several more recognised teams like USA 1, Russia 1 and Italy 2.

At the 2018 Winter Olympics in PyeongChang, Jamaica qualified for the two-women bobsleigh event, marking the first time the country had entered women into the bobsleigh competition. Jazmine Fenlator-Victorian and Carrie Russell finished in 19th place. 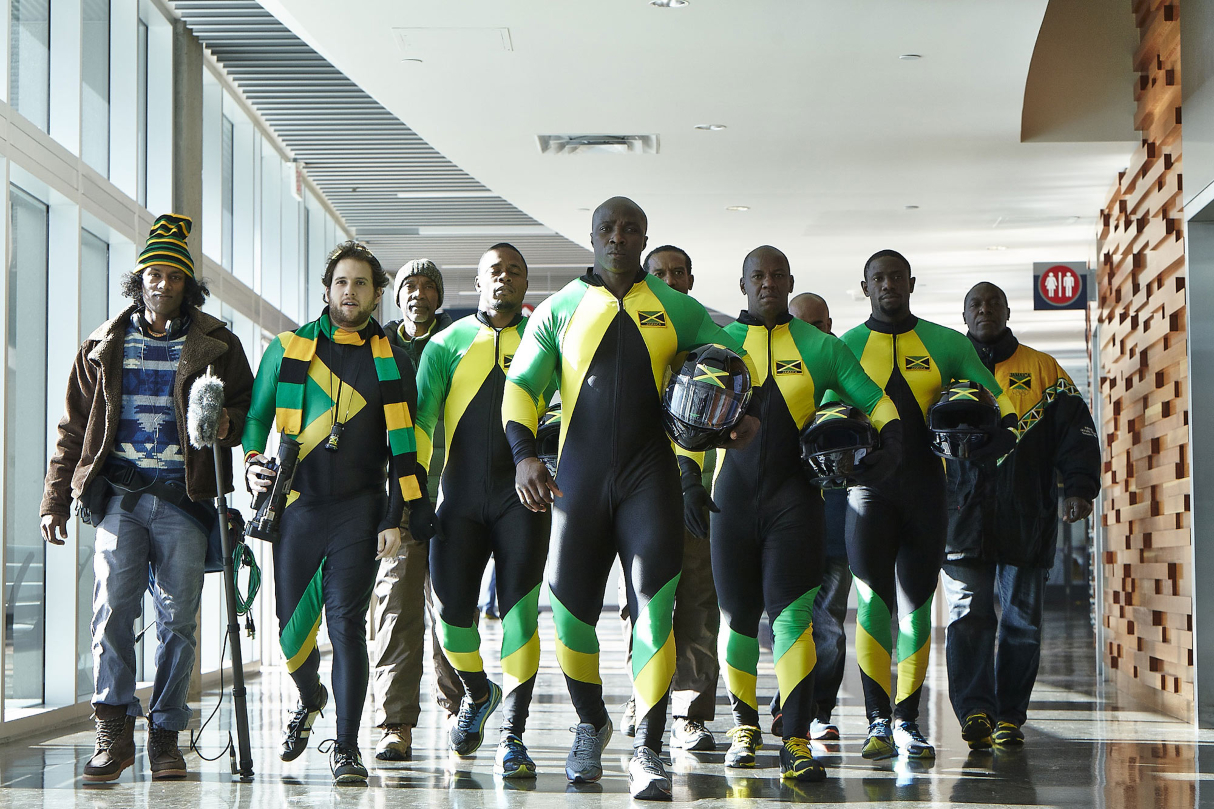 Cool Runnings was released in 1993 and loosely told the true story of the 1988 Jamaican Bobsleigh Team. All names were changed and much of the story was either embellished or completely reimagined. John Candy was cast as coach Irving Blitzer, a character very loosely based on Howard Siler. It was Candy’s last film to be released before his death.

“Feel the rhythm, feel the rhyme, get on up, it’s bobsled time!” was a popular quote from Cool Runnings but was actually completely made up for the film. Other details such as the Canadian weather was also made up. In the film, the weather is depicted as bitterly cold with temperatures at -25°C. In reality, temperatures in Calgary were actually unusually high during the Games at around 16°C. 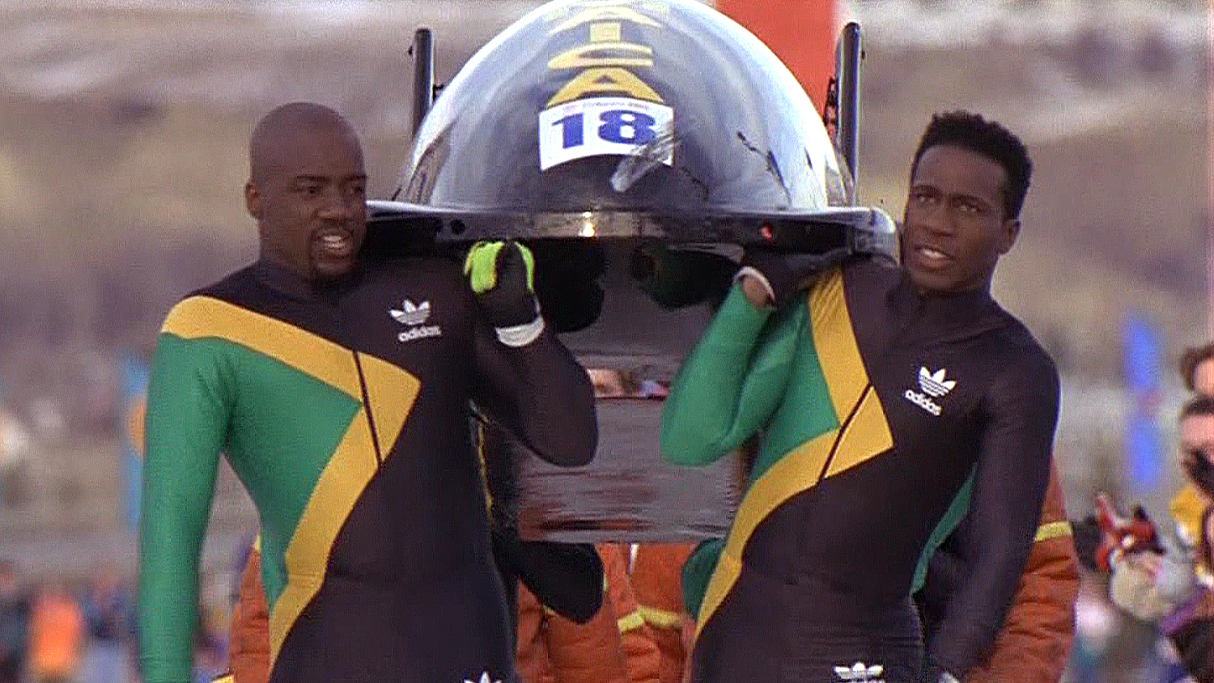