Snowden was released this week over in the States with Oliver Stone’s film telling the true story of Edward Snowden, an American computer professional who leaked classified information from the National Security Agency to The Guardian newspaper in June 2013.

But while most of us have probably heard of Snowden, many of us still don’t know exactly what he leaked or why he’s so important. So while it’s a complicated affair, particularly the moral implications, we’re going to keep things and as simple as possible as we tell the True Story of Edward Snowden.

Edward Snowden was born on 21st June 1983 in Elizabeth City, North Carolina. He was born into a family of high ranking government officials. His maternal grandfather was a Rear Admiral in the United States Coast Guard before becoming a senior official with the FBI. He was even at the Pentagon during the attacks on 9/11.

His father, Lonnie, was also an officer in the Coast Guard, while his mother, Elizabeth, is chief deputy at the United States District Court for the District of Maryland. At one point or another, Snowden’s entire family had been employed by the federal government. Even his sister was a lawyer at the Federal Judicial Center in Washington D.C.

Snowden had always been a gifted student in his younger years having skipped grades and taken tests well beyond his years. His father said that Snowden had even scored above 145 on IQ tests on two separate occasions – a ‘genius or near genius’ score.

In 2004, Snowden enlisted in the United States Army Reserve as a Special Forces candidate, saying he wanted to fight in the Iraq War because he “felt like [he] had an obligation as a human being to help free people from oppression.” Snowden was soon discharged, however, having broken both of his legs in a training accident. 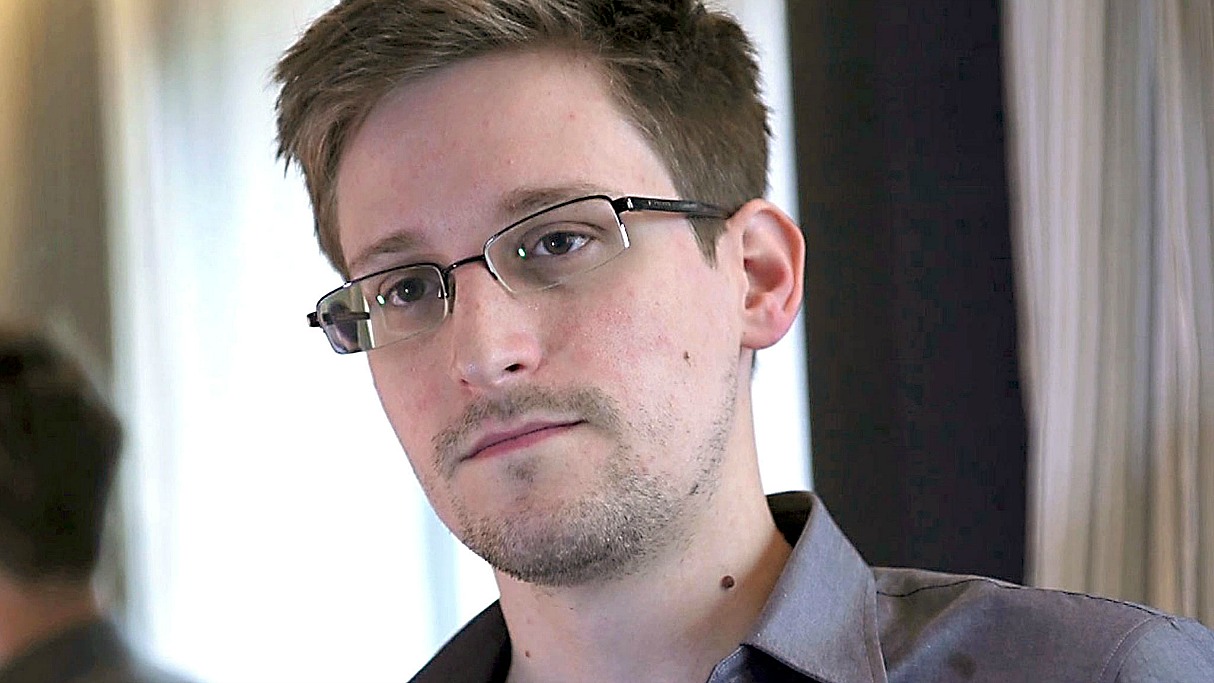 In 2006, Snowden was offered a job at the Central Intelligence Agency (CIA). He was assigned to the global communications division at CIA headquarters in Langley, Virginia. Having worked in various jobs for the CIA, in 2009 Snowden began working for Dell. As Dell looked after many of the government’s computer systems, Snowden was assigned to a National Security Agency (NSA) facility at Yokota Air Base near Tokyo. Snowden says he was instructed to teach top officials and military officers on how to defend their networks from Chinese hackers.

Snowden continued to work with Dell for 4 years and quickly became one of their top experts in ‘cyber counterintelligence’. In March 2012, Dell reassigned Snowden to Hawaii as lead technologist for the NSA’s information-sharing office; a facility which worked closely with consulting firm Booz Allen Hamilton – and focused on the cyber monitoring of foreign nations, including the likes of China and North Korea. 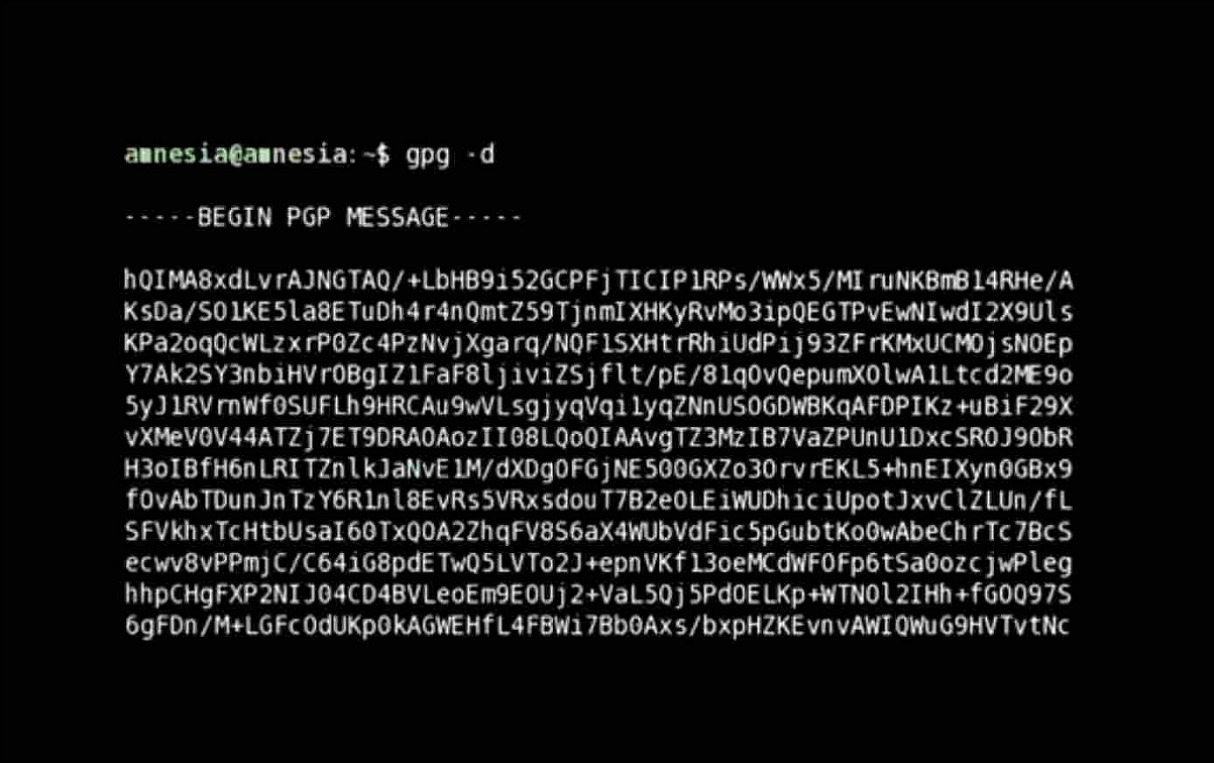 Laura Poitras was an American documentary film maker who had been working on a film about surveillance programs in the United States that came about as a result of the 9/11 terrorist attacks. Having been making the film for several year, in January 2013, Poitras received an encrypted e-mail from a stranger who referred to themselves as ‘Citizenfour’. In the encrypted message, ‘Citizenfour’ offered Poitras information about illegal wiretapping practices that are performed by the NSA and other US intelligence agencies.

In June 2013, Poitras headed to a hotel in Hong Kong to meet ‘Citizenfour’ who revealed himself as Edward Snowden. Poitras was accompanied to Hong Kong by investigative journalist Glenn Greenwald and The Guardian’s intelligence reporter Ewen MacAskill. After four days of interviews with Poitras, Greenwald and MacAskill, Snowden revealed a number of controversial practices performed by NSA, CIA and other world-leading nations, as well as giving evidence of them to the journalists.

On 9th June, Edward Snowden’s identity was made public at his request. 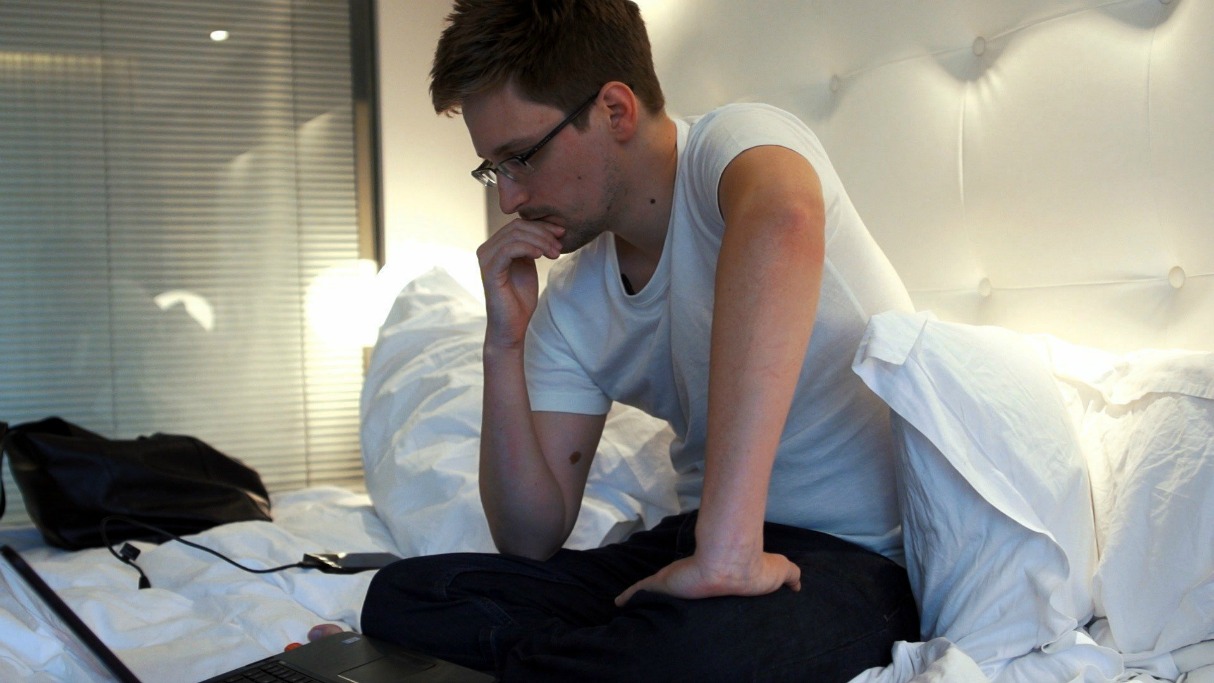 Some of the key revelations from Edward Snowden’s leaks;

Secret Court Orders Allow NSA to Take Americans’ Phone Records
One of the first stories that was ran by The Guardian involved Verizon, one of the leading telecom providers in the United States. The leaks revealed that Verizon had been providing the NSA with nearly all of its customers’ phone records. Soon it was discovered that virtually every other telephone company in America had been doing the same.

The NSA has Access to User Data from Google, Facebook & Apple
A leaked document suggested that the NSA had obtained direct access to the systems of the Google, Facebook and Apple. The NSA program referred to as ‘PRISM’ collected material including search history, the content of emails, file transfers and live chats. While it was later discovered that the NSA does not have direct access to the servers, they can request user data from the companies and the companies are required to comply by law.

The UK Intercepts Data from around the World
While there were still some restrictions on the NSA, the British spy agency known as GCHQ (Government Communications Head Quarters) had access to any data flowing through the global internet. A program called Tempora was able to tap fibre optic cables all over the world, sharing the data and intelligence with the NSA.

The NSA Spied on World Leaders
The German newsweekly Der Spiegel revealed that the NSA had ‘watched’ at least 122 world leaders. Specific targets were later named as the German Chancellor Angela Merkel, the Brazilian President Dilma Roussef, the former Mexican President Felipe Calderon, as well as leaders at the 2010 G8 and G20 summits in Toronto.

NSA Collects all Text Messages in the US
While the majority of the leaks involved online interceptions, it was revealed that the NSA also collected around 200 million text messages every day worldwide through a program called Dishfire. In the leaked documents, the agency described the collected messages as a ‘goldmine to exploit’. 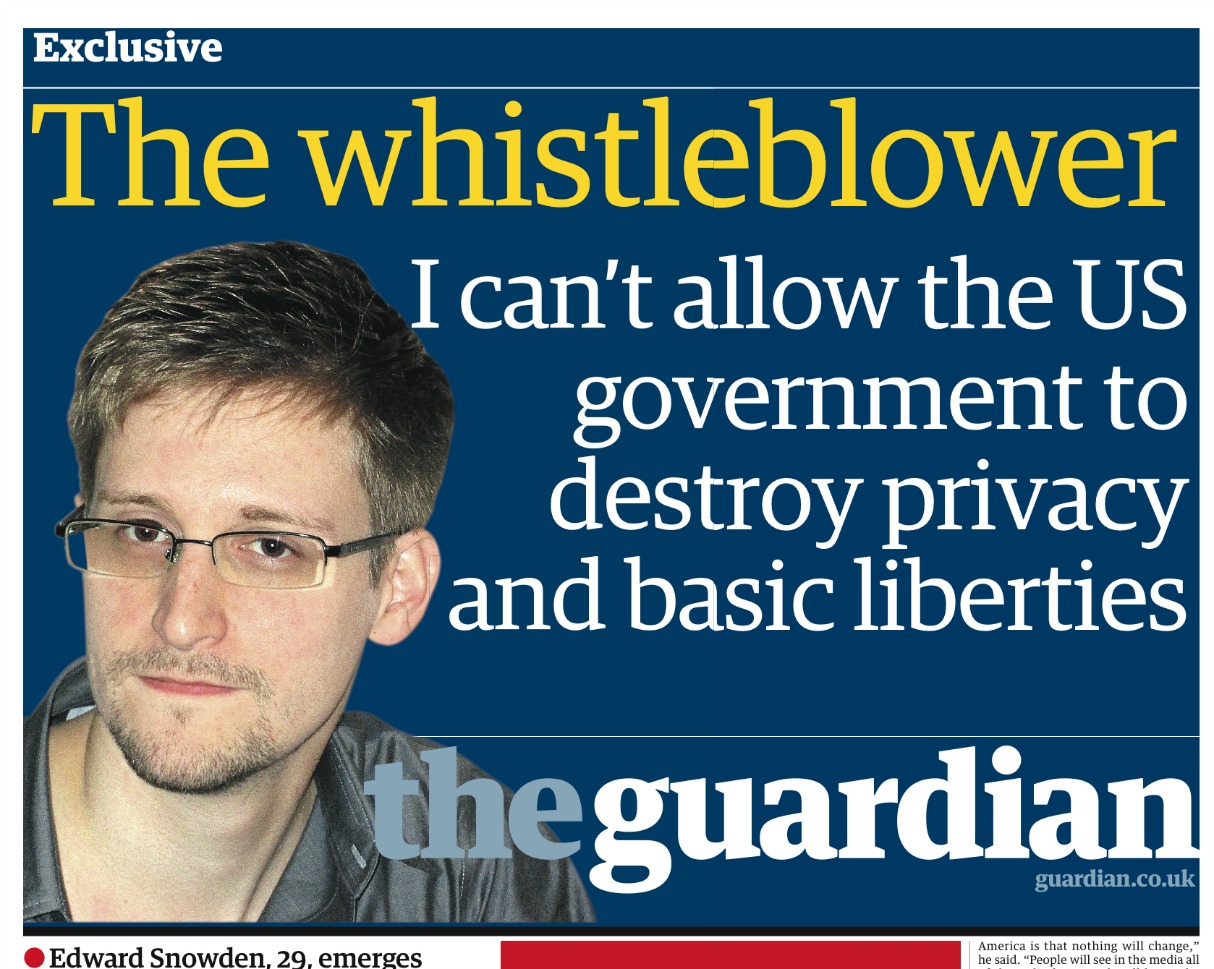 On 21st June 2013, the US Department of Justice unsealed charges against Edward Snowden on two counts of violating the Espionage Act of 1917 and theft of government property. The US government requested the Hong Kong government extradite Snowden.

Snowden managed to escape from Hong Kong with hopes of travelling to Havana, Cuba. Before he could board his connecting flight, Snowden’s US passport was cancelled, leaving him stranded in Sheremetyevo International Airport in Moscow. On 1st August 2013, Russia granted Snowden temporary asylum for a one year period.

Throughout the year, further material was leaked to The Guardian, The Washington Post, Der Spiegel and The New York Times. The exact size of Snowden’s collective leaks is unknown, but Australian officials have estimated around 15,000 or more Australian intelligence files; British officials estimate at least 58,000 British intelligence files; and US officials have hinted that the number may be as high as 1.7 million. 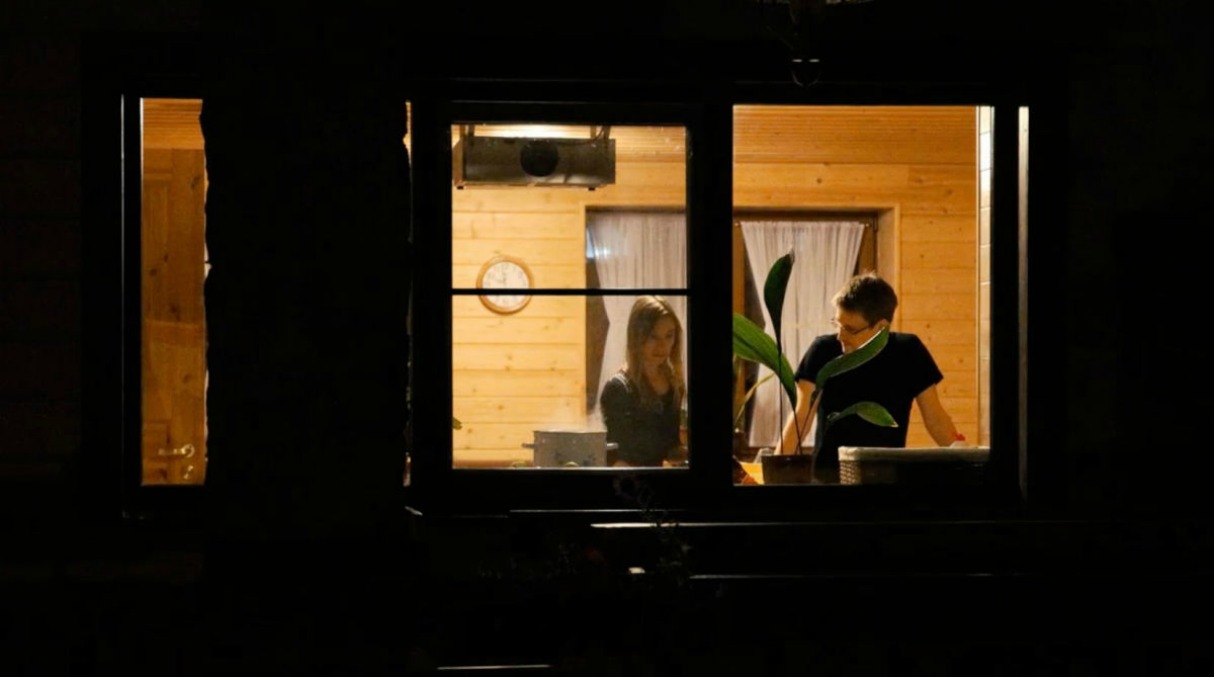 On 7th August 2014, six days after Snowden’s one-year asylum had expired, it was announced that Russia had granted him a three-year residency permit.

The first encounter with Snowden in Hong Kong was filmed by Laura Poitras and a documentary was released in 2014 showing the events of the meeting and the immediate aftermath. Citizenfour (the film) won the Academy Award for Best Documentary Feature at the 2015 Oscars. 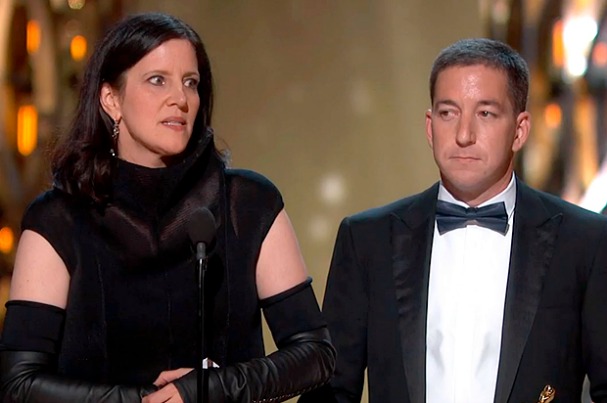 An undoubtedly subject of controversy, Snowden has been referred to as a hero, a whistleblower, a patriot and also a traitor. Whatever side of the fence you sit on, his leaks have fuelled important debate about government secrecy, mass surveillance and privacy, making him one of the most important figures in the modern western world.

In 2013, a dramatisation about Edward Snowden was pitched to director Oliver Stone. At first wary about making the film, Stone spoke to, among others, Glenn Greenwald for advice. Stone began meeting Edward Snowden in January 2014. It’s alleged that Snowden was initially wary about the idea of turning his life into a film, but having received assurances from Stone, Snowden finally agreed and even decided to offer assistance during the production process. His fees for the film were donated to The Guardian.

Snowden (the film) is based on the books ‘The Snowden Files’ by Luke Harding and ‘Time of the Octopus’ by Anatoly Kucherena. Staring Joseph Gordon-Levitt as Edward Snowden – alongside the likes of Shailene Woodley, Melissa Leo, Zachary Quinto, Tom Wilkinson, Rhys Ifans and Nicolas Cage – Snowden is now out in cinemas in the United States and will be officially released here in the UK when it screens at the London Film Festival on 15th October. Check out the full trailer below. 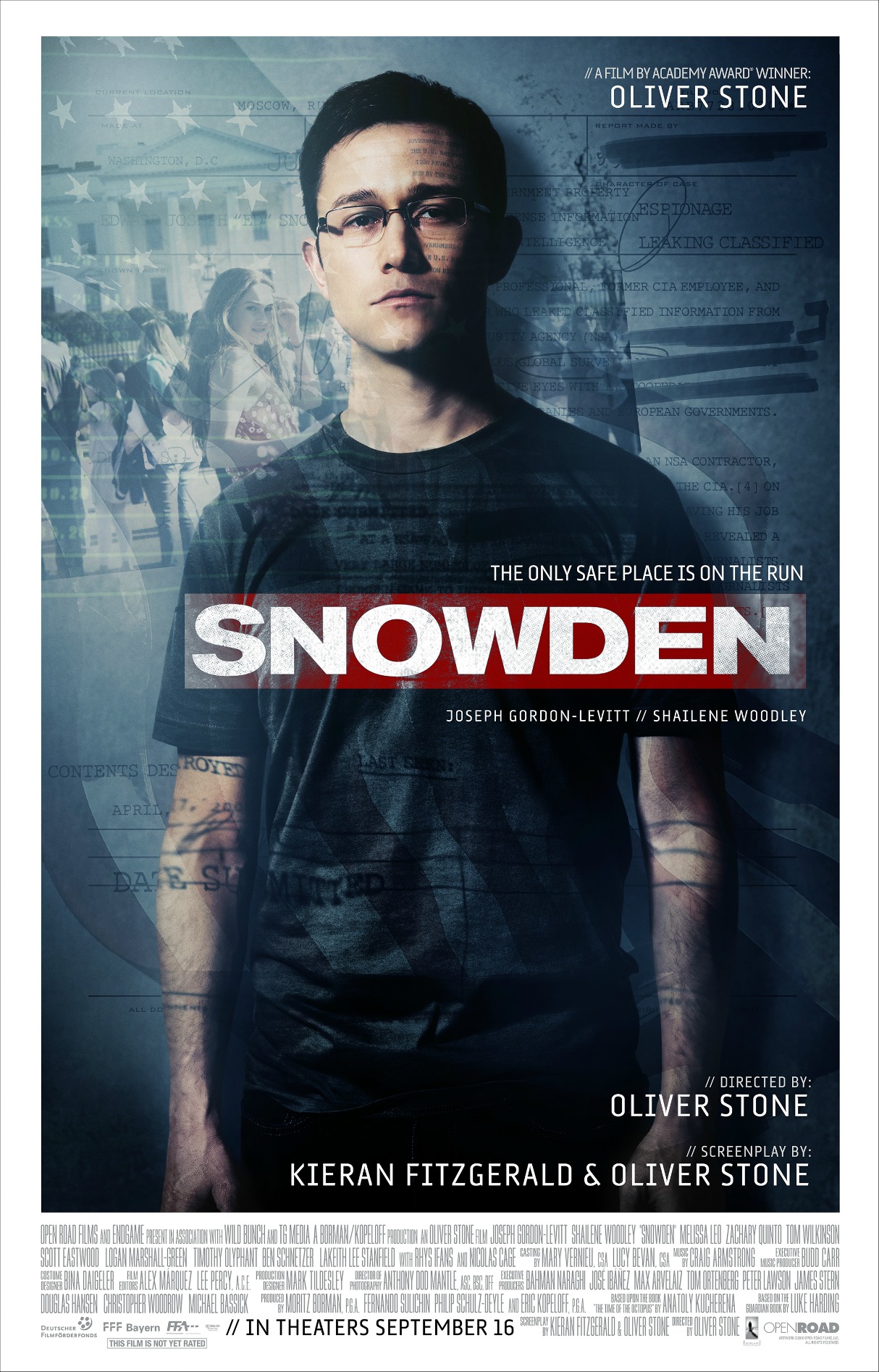