It’s Oscar season and that means we get treated to some of the best films we’re going to see all year barely before it’s even begun! One the films this year to get the full blown ‘buzz’ treatment is The Revenant starring Leonardo Di Caprio. Directed by Alejandro G. Iñárritu, The Revenant follows the journey of Hugh Glass in the 1800s, a fur trapper who was left for dead by his expedition team following a brutal bear attack. We break it down in our True Story of Hugh Glass: The Revenant.

It has all the ingredients to be a winner with Iñárritu and Di Caprio heavily tipped for Oscar wins, which would be Iñárritu’s second consecutive win at the Academy Awards and Di Caprio’s first. Long overdue first, we might add! But how true is the film to the exploits of Hugh Glass? We take a look at the true story of The Revenant.

While the exact date is unknown, Hugh Glass was born around 1780 in Pennsylvania to Irish parents who had emigrated from Ulster, Northern Ireland. Glass grew up to become a fur trapper and explorer of the watershed of the Upper Missouri River in present-day Montana, North Dakota, South Dakota and the Platte River area of Nebraska. He was often referred to as ‘Old Hugh.’ 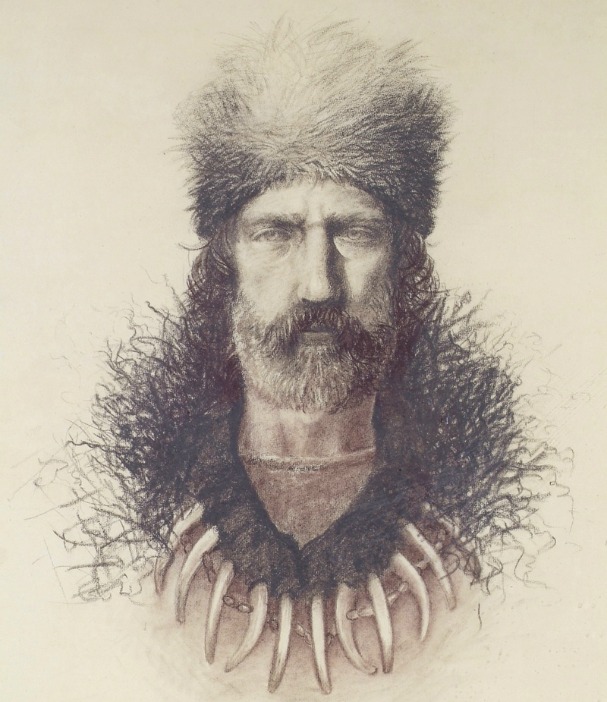 His life before the infamous bear attack is uncertain but there are various claims that in 1816 he was captured by privateers under the command of Jean Lafitte off the coast of Texas and was forced to become a pirate for up to two years. The story goes Glass managed to escape the pirates by jumping ship and swimming to shore near what is now Galveston, Texas.

Other claims suggest Glass was later captured by Pawnee Native Americans and he lived with them for several years wedding a Pawnee woman in the process – though there is little evidence to suggest this actually occurred, however.

What is known is that in 1822, around the age of 40, Glass responded to an advertisement in the Missouri Gazette and Public Advertiser placed by General William Henry Ashley. The ad called for a corps of 100 men to ‘ascend the river Missouri’ as part of a fur-trading venture. Glass was joined on the enterprise by names such as James Beckwourth, John Fitzgerald, David Jackson, William Sublette and Jim Bridger as well as the American pioneering legend Jedediah Smith. These men would later be dubbed as ‘Ashley’s Hundred’.

The Ashley Expedition left St. Louis sometime in the spring of 1823, making its way up the Missouri River to the Rockies in search of beaver pelts. Not long into their journey, the party was attacked by a party of Arikara (a Native American tribe in North Dakota). The ambush left around fifteen members of the expedition dead with Glass leaving the scene with a badly wounded leg.

In August 1823, near the forks of the Grand River in present-day Perkins County, South Dakota, Glass was scouting for game when he startled a grizzly bear with two cubs. The legend goes that as the bear charged, Glass fired a shot directly into her chest. The bear was apparently unfazed by the shot and as his weapon possessed a one-shot, Glass was then left to defend himself with solely a knife.

It’s said that Glass hacked away at the grizzly with his knife but was unable to stop the creature. Members of Ashley’s Hundred, including John Fitzgerald and Jim Bridger, finally caught up and fired several shots at the bear, bringing it down beside Glass. However, by the time Glass’s party came to his aid, it’s told that the bear had slashed his face to the bone, and opened gaping wounds on his arms, legs and torso.

The party were convinced that Glass would not survive the injuries so General Ashley asked volunteers Bridger (then 19 years old) and Fitzgerald (then 23 years old) to stay with Glass until his final breath while the rest of the party carried on up river.

The two claim that they began digging his grave before they were again attacked by Arikara. The duo fled the scene but not before grabbing Glass’ rifle, knife and other essential equipment. Bridger and Fitzgerald caught up with the party later claiming that Glass had died before they left.

The story of the attack has been passed down through folklore so details are unknown but it is known that attack took place and Glass was left for dead. 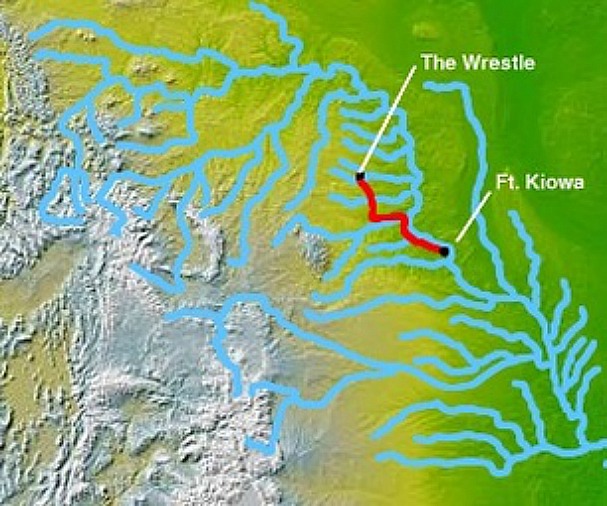 Amazingly, despite his near fatal injuries, Glass regained consciousness. It’s said he had festering wounds, a broken leg and cuts on his back which exposed bare ribs. Not only was he 200 miles away from the nearest American settlement in Fort Kiowa, he was now without weapons or equipment.

Certain stories that have been alleged are that in order to survive Glass set his own leg, wrapped himself in a bear hide that had been placed over him by the party and to prevent gangrene setting in, Glass laid his severely wounded back on a rotting log to let maggots eat the dead flesh.

Glass is said to have crawled south toward the Cheyenne River using Thunder Butte (a prominent natural landmark) as a reference point for navigation. He then fashioned a raft and floated downstream to Fort Kiowa. Surviving mostly on wild berries and roots, it’s reported the journey took him six weeks. 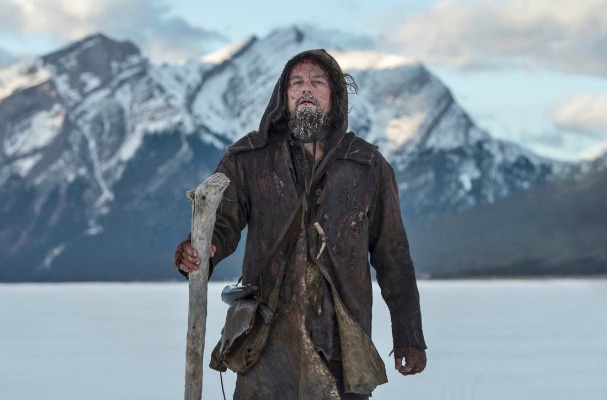 The story goes that on one occasion, Glass was able to get some much needed protein from a bison calf having driven away two wolves who had initially caught it. Glass’ epic trek was also made easier by the help he received from friendly Native Americans who apparently gave him some bear hide to cover the exposed wounds as well as providing him with sustenance and weapons.

Hugh Glass received the nickname ‘The Revenant’ following his ordeal. The name originates from the 19th century French verb revenant, which means someone who returns from a long absence, or a person or thing reborn.

It’s said that after recovering, Glass set out to find and confront Fitzgerald and Bridger. He travelled to Fort Henry on the Yellowstone River to find the rest of the party but found it deserted. However, he found a note which indicated the company had relocated to a camp at the mouth of the Bighorn River. When he got there, Glass found Bridger and forgave him because of his youth and then re-enlisted with Ashley’s party.

Glass later caught up with Fitzgerald at Fort Atkinson where Fitzgerald has enlisted in the army. Glass reportedly spared Fitzgerald’s life because the penalty for killing a soldier was so big. He got back his rifle. 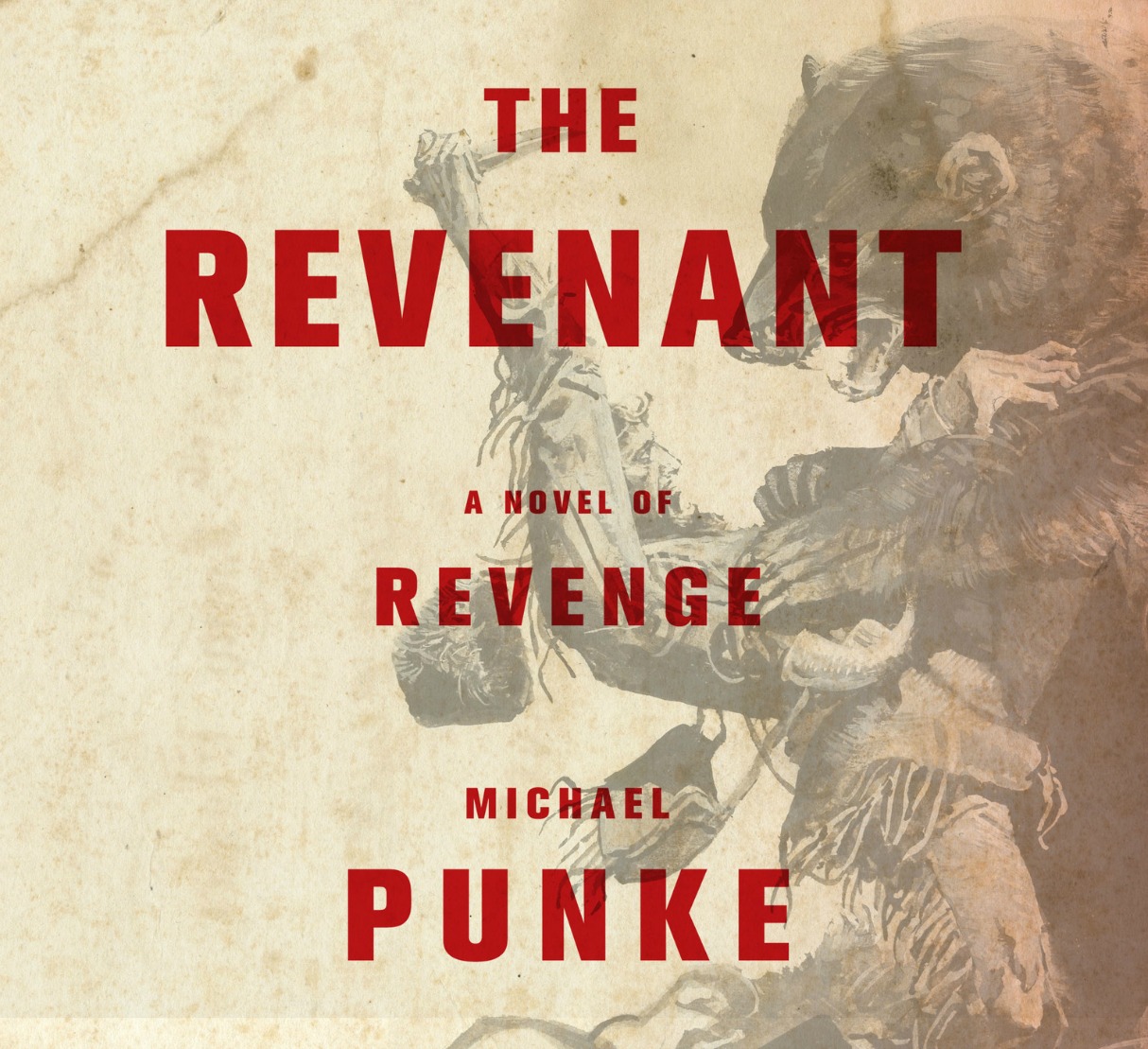 True Story of The Revenant

A novel about Hugh Glass was written by Michael Punke in 2002 titled The Revenant: A Novel of Revenge. Based on the folklore of the bear attack, The Revenant book received critical acclaim with Publishers Weekly describing the novel as ‘a spellbinding tale of heroism and obsessive retribution.’

Initial development of a film adaptation of The Revenant began in 2001 when producer Akiva Goldsman acquiring the rights to the, at the moment unpublished, manuscript to Punke’s novel. During early production talks, Samuel L. Jackson was in mind to star as Glass. The film never took off and was shelved until 2010 when Mark L. Smith wrote a new adaptation of the novel.

The film was granted a production budget of $60 million. However, The Wrap has since reported that by the time production wrapped it had reached a mammoth $135 million. This was mainly thanks to director Alejandro G. Iñárritu’s meticulous filming practices which meant the filming overran by months. Iñarritu shot the film using natural lighting and was filmed in 12 different locations and three different countries: Canada, United States and Argentina. While the initial plan was to film entirely in Canada, the weather ended up being too warm so the ending to the film was shot at the tip of Argentina where snow was still present.

In the film, Leonardo DiCaprio plays Hugh Glass, while Tom Hardy (Fitzgerald), Will Poulter (Bridger) and Domhnall Gleeson also star. When talking to Yahoo Movies, DiCaprio said on his experience filming, “I can name 30 or 40 sequences that were some of the most difficult things I’ve ever had to do. Whether it’s going in and out of frozen rivers, or sleeping in animal carcasses, or what I ate on set. [I was] enduring freezing cold and possible hypothermia constantly.”

As details of the life of Hugh Glass and the events surrounding the bear attack aren’t know, the film does contain inaccuracies and embellishments. One of the main inaccuracies in the film is John Fitzgerald killing Glass’ mixed-race son. This is pure fiction as there is no evidence whatsoever that Glass even had any children.

While there are stories of Glass having a Native-American wife – as is portrayed in the film – there is very little known about Glass before 1823 and therefore no evidence to suggest this was the case. The film also fully takes place in the winter – despite evidence that the bear attack itself took place in the summer.

Little is known about Hugh Glass’ years after the expedition. All that is known is that he worked as a hunter at the mouth of the Yellowstone River. It is here that he was killed by a tribe of Indians. According to a report in The Milwaukee Journal at the time, Glass was killed while hunting for bears by ‘a war party of 30 Aricaras.’

So there we have it – the true story of Hugh Glass: The Revenant. The film itself has received universal acclaim and looks sure to be a must-watch before the Oscars. The Revenant is released on the 15th January. Check out the trailer below. 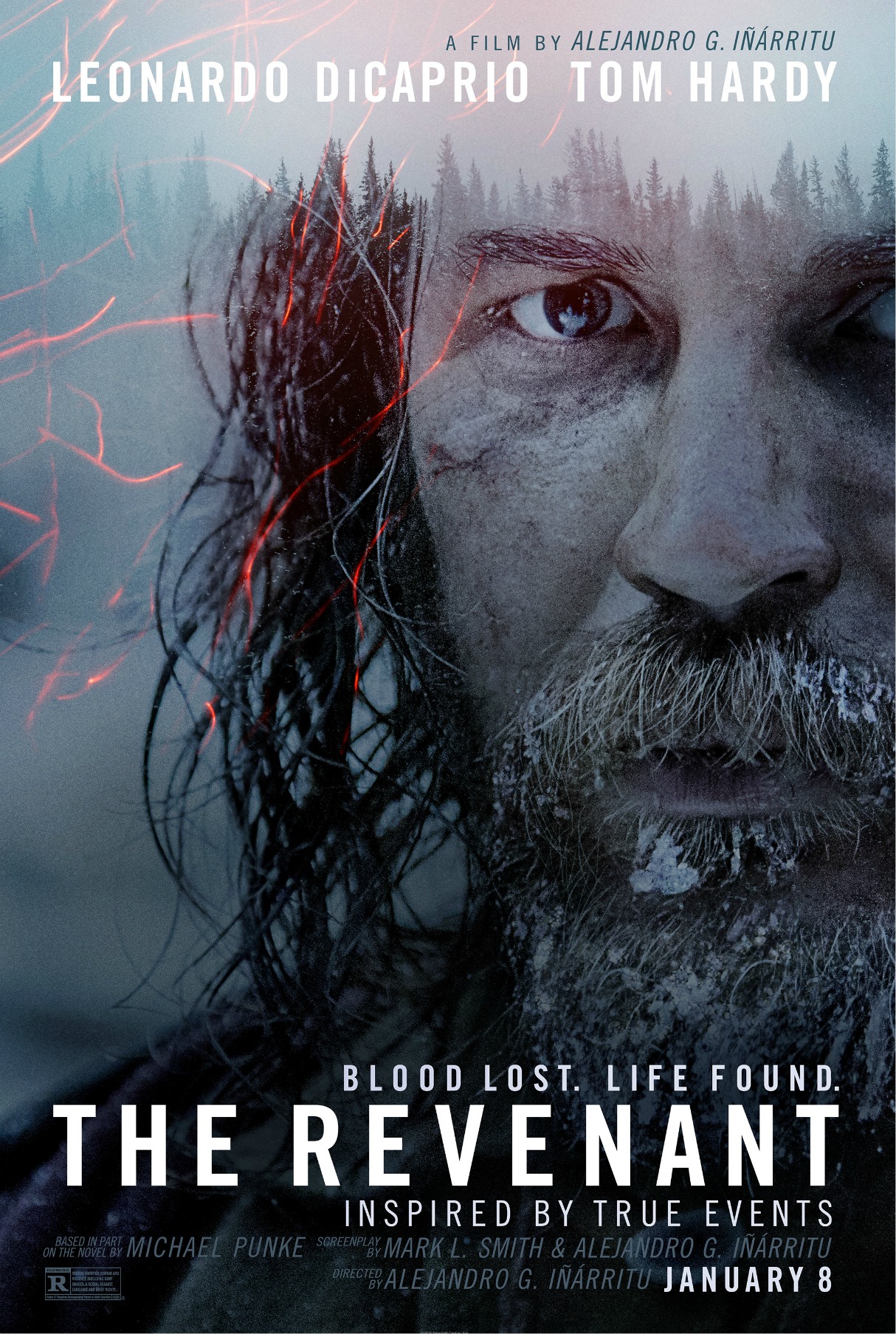