‘The Beatles and The Rolling Stones were rulers of pop music, Carnaby Street ruled the fashion world… and me and my brother ruled London. We were fucking untouchable.’

With the upcoming release of Tom Hardy’s Legend, a film based on the life of the infamous East End twins, we take a look into the true story of Ronnie and Reggie Kray. 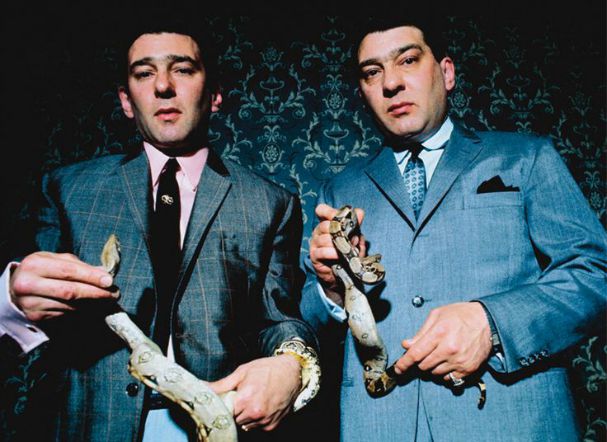 Ronald and Reginald Kray were born on the 24th October 1933 in Hoxton, East London. They born identical twins to their parents, Violet, a housewife, and Charles, a scrap gold dealer. Reggie was born ten minutes before Ronnie and they had a seven-year-old brother, Charles Jr, otherwise known as Charlie. The legend of the Kray twins almost ended prematurely when Ronnie nearly died aged 9 from a head injury suffered during a fight with Reggie. But the violent episode was a precursor to what was going to come in later life.

The boys were influenced by their maternal grandfather to take up amateur boxing and were taught by older brother, Charlie. They both found relative success and are said to have not lost a bout before turning professional aged 19. The Kray twins soon gained notoriety locally in the East End for their gang violence with Ronnie known as the more headstrong and dangerous twin. 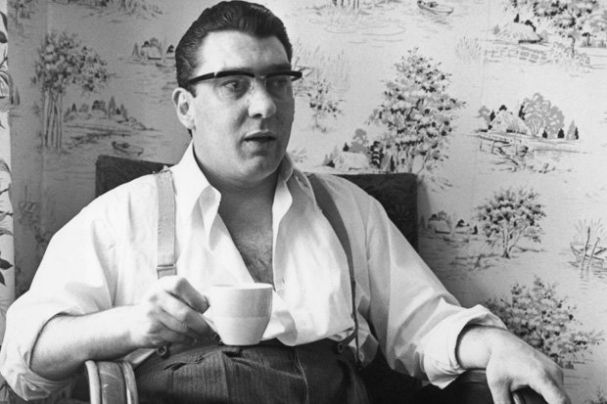 They both narrowly avoided prison on numerous occasions before being called up for national service in 1952. Having seen their father go into hiding to avoid conscription, the Kray twins were similarly reluctant and fled after just a few minutes. The corporal in charge at the time attempted to stop them but Ronnie punched him in the chin.

After assaulting another police officer when AWOL, authorities caught up with the twins and they were convicted and sent to the Home Counties Brigade Depot jail in Canterbury. Their time in prison was suitably colourful. During their time: They emptied their latrine bucket over a sergeant, dumped a dixie full of hot tea on a guard, handcuffed another guard to their prison bars, and set fire to their beds. They eventually escaped after assaulting their guard with a china vase.

After being recaptured and eventually serving some of their sentence, the Krays bought a snooker club in Bethnal Green, which served as the hub for their criminal activity. By 1956, the twins’ organisation had become known as ‘The Firm’ and Ronnie was ‘The Colonel.’ By the late 50s, they had acquired other clubs and premises through protection racketing and they were now involved in hijacking, armed robbery and arson.

Ronnie was certified insane in February 1958 after being diagnosed with paranoid schizophrenia. While in prison in 1960, he met Peter Rachman, head of a violent landlord operation. Rachman saw mutual benefit in giving the twins a nightclub called Esmeralda’s Barn in Knightsbridge. Over time, this spread the Krays’ influence to the West End, which not only broadened their criminality, but also made them celebrities. 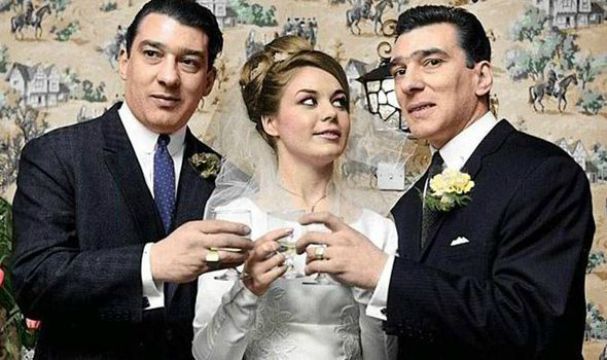 In 1965, Reggie married Frances Shea, a marriage which would last just eight weeks. In 1967, Shea was pronounced dead having died after she apparently committed suicide. However, in 2002, an ex-lover of Reggie Kray’s alleged that Frances was murdered by a jealous Ronnie. A similar story was provided by a former cellmate of Reggie: “I was sitting in my cell with Reg and it was one of those nights where we turned the lights down low and put some nice music on and sometimes he would reminisce. He would get really deep and open up to me. He suddenly broke down and said ‘I’m going to tell you something I’ve only ever told two people and something I’ve carried around with me’ – something that had been a black hole since the day he found out. He put his head on my shoulder and told me Ronnie killed Frances. He told Reggie what he had done two days after.” Ronnie never faced any charges. 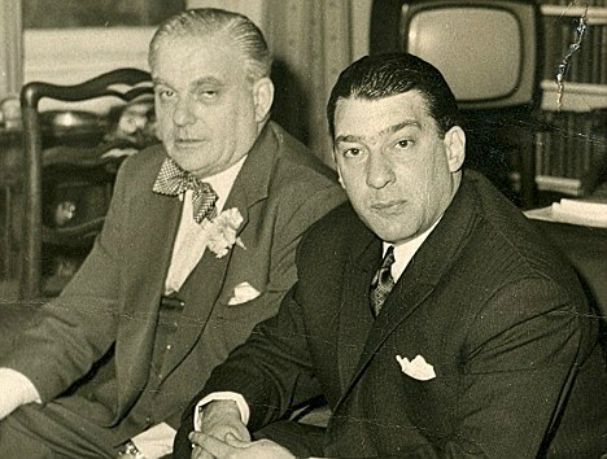 By the Swinging 60s, the Krays had reached a level of celebrity status largely thanks to their prominent presence as club owners in the West End, brushing shoulders with many of the rich and famous including Judy Garland and Diana Dors.

But the twins also found themselves in the public eye when the Sunday Mirror published an article that insinuated Ronnie had had sexual relations with the Conservative MP Lord Boothby. Ronnie was openly bisexual. While no names were printed in the article, the twins physically threatened the journalists and the paper eventually stopped pursuing the story. They paid Lord Boothby an out-of-court settlement of £40,000, printed an apology letter and even sacked their editor. It’s thought by many that the Mirror’s dealings with the Krays and Lord Boothby stopped other newspapers from printed stories on the Krays and their connections to criminal activity. 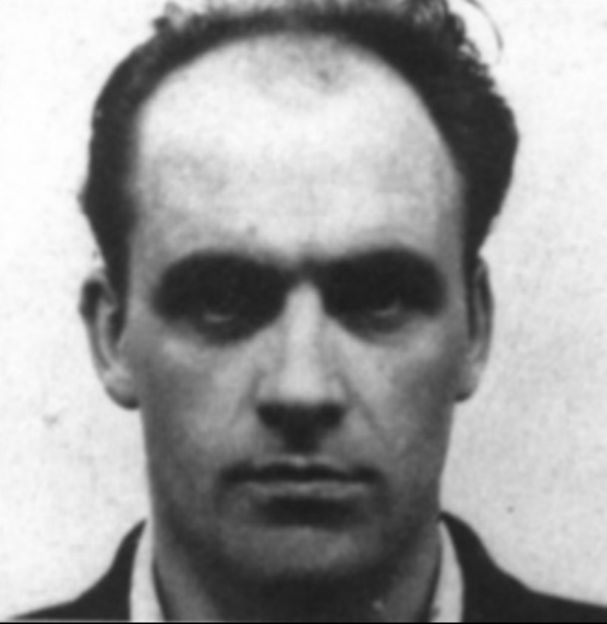 The Murder of Jack McVitie

In 1967, Ronnie is said to have told his Reggie to kill Jack ‘the Hat’ McVitie, a minor member of the Kray gang. McVitie had failed to honour a £1,500 contract paid to him in advance to murder Leslie Payne. McVitie thought he was attending a party in Stoke Newington. When he entered, Reggie Kray attempted to shoot him twice in the head but the gun failed to discharge. It’s said that Ronnie then held McVitie while Reggie stabbed McVitie in the face and stomach. McVitie’s body has never been found.

In May 1968, the Kray twins and fifteen other members of their firm, including brother Charlie, were arrested. Having kept silent for years through intimidation, numerous witnesses now came forward to testify against them. Ronnie and Reggie, plus fourteen other members of their gang were convicted. Both Krays were sentenced to life in prison, with a non-parole period of 30 years for the murder of McVitie and the murder of a rival gang member, George Cornell, whom Ronnie had shot in the forehead with a 9mm Mauser pistol. At the time, they were the longest sentences ever passed at the Old Bailey for murder.

Though located in separate prisons, Ronnie, Reggie and Charlie Kray still found ways to communicate and run an organisation. Though no evidence was found of anything illegal, the Krays ran Krayleigh Enterprises, a lucrative bodyguard and ‘protection’ business for Hollywood stars. Documents found in an investigation showed that Frank Sinatra had hired 18 bodyguards from the company in 1985. 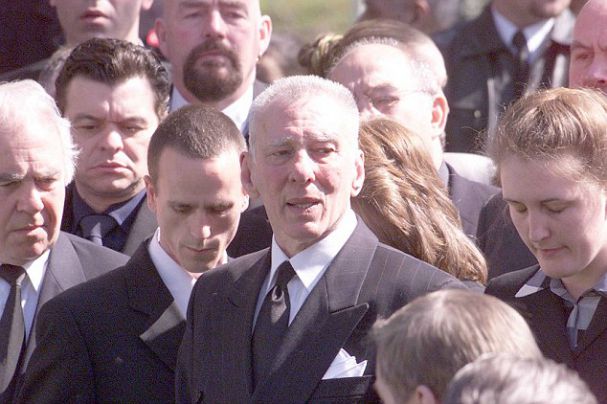 Deaths of the Kray Twins

Ronnie Kray died of a heart attack on the 17th March 1995, aged 61, having lived his life in Broadmoor Hospital.

Reggie Kray for many years was a Category A prisoner, denied almost all liberties, and not permitted to mix with other inmates. After serving more than the recommended 30 years, he was freed from Wayland Prison in Norfolk in August 2000. He was aged 66 and was released on compassionate grounds for having inoperable bladder cancer. The final days of his life were spent with his wife Roberta, whom he had married while in Maidstone Prison in 1997. On the 1st October 2000, Reggie died in his sleep. He was buried next to his brother Ronnie in Chingford Mount Cemetery, Essex.

Their older brother Charlie was released from prison in 1975 after serving only seven years of his sentence, but was convicted again in 1997 for conspiracy to smuggle cocaine worth £69 million into the UK. Charlie died in prison of natural causes on the 4th April 2000. 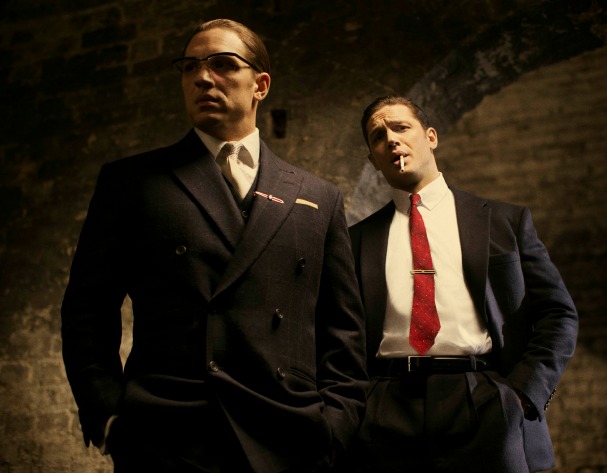 A film about the life and times of the Krays is being made into a film set for release this year. Legend will star Tom Hardy as both twins, Reggie and Ronnie. Based on John Pearson’s book ‘The Profession of Violence’, Legend is penned by Brian Helgeland who won an Oscar for writing LA Confidential and is said to dip into the dark underbelly of the swinging 60s as well as deal with the tensions between the pair caused by Reggie’s marriage to Frances Shea. Co-starring Christopher Eccleston, David Thewlis and Emily Browning, who will play Shea, Legend will be released in the UK on 9th September this year. 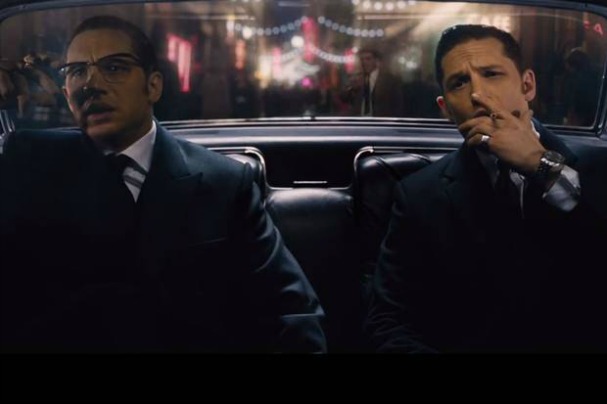